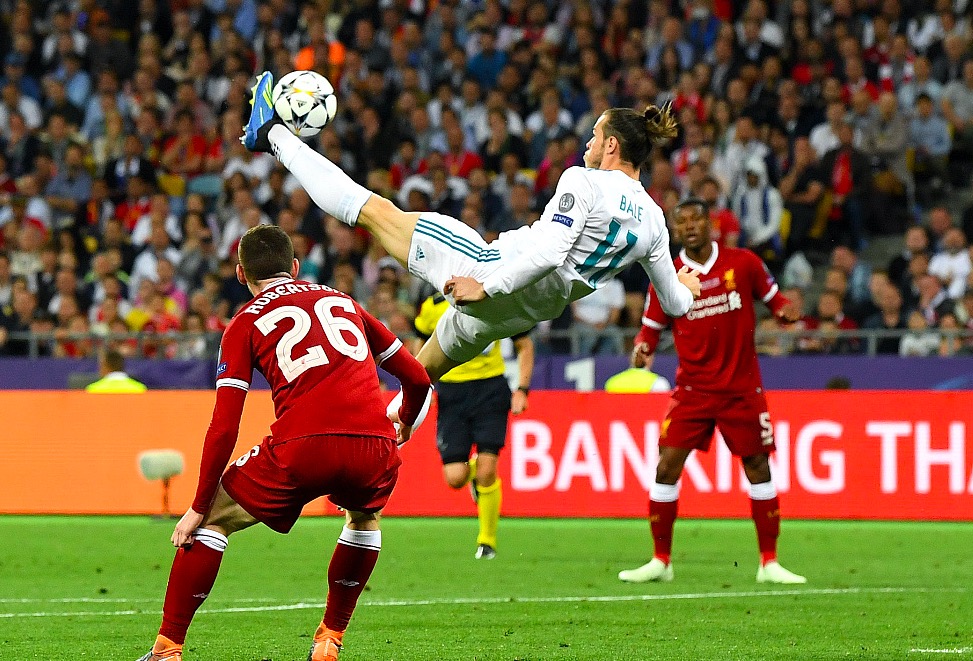 Real Madrid's Gareth Bale scores a goal with an overhead kick during Saturday's UEFA Champions League final against Liverpool in Kiev, Ukraine. Real won the championship 3-1, thanks to two goals from the Welsh star. (Photos: VCG) 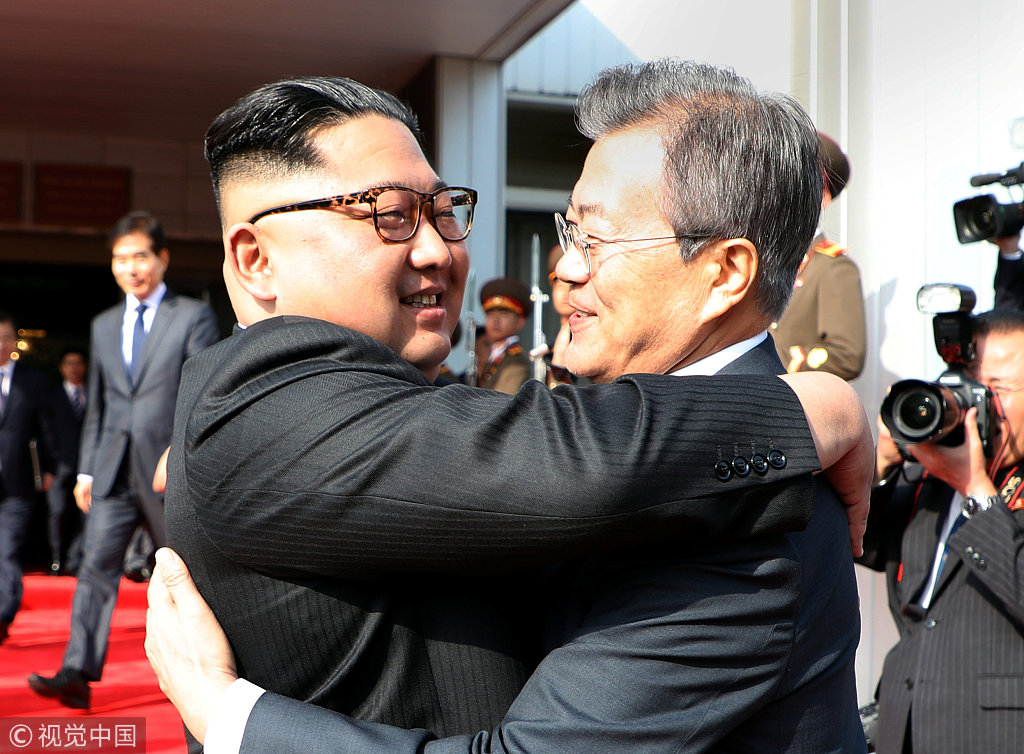 South Korean President Moon Jae-in bid fairwell to North Korean leader Kim Jong-un as he left after their summit at the truce village of Panmunjom, North Korea, in this handout picture provided by the Presidential Blue House on May 26, 2018. 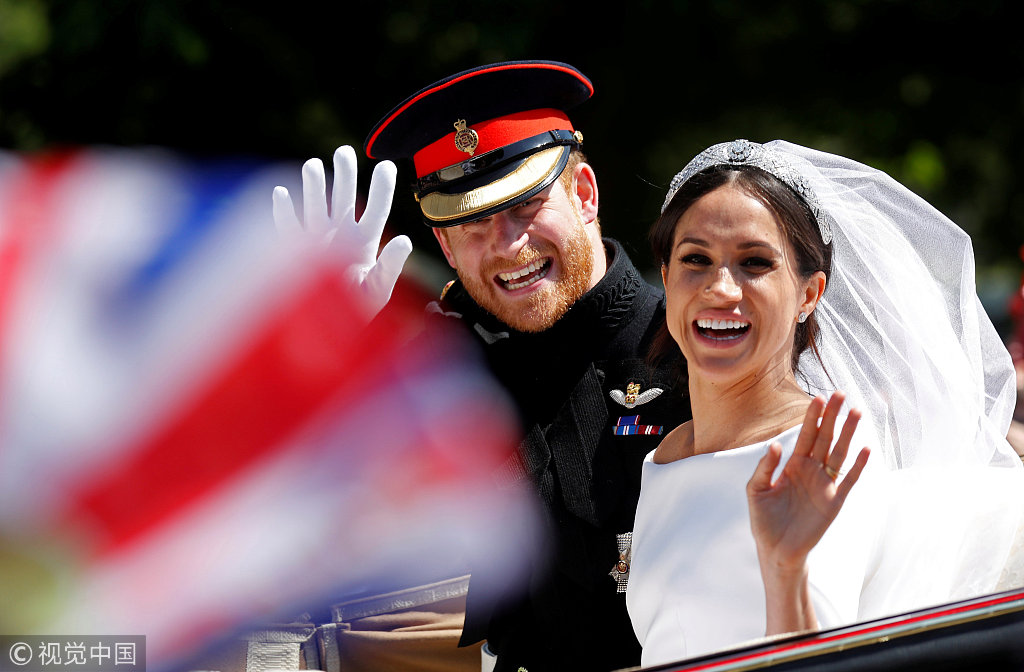 Britain’s Prince Harry and his wife Meghan waved as they rode a horse-drawn carriage after their wedding ceremony at St George’s Chapel in Windsor Castle in Windsor, Britain, May 19, 2018. (Photo: AFP) 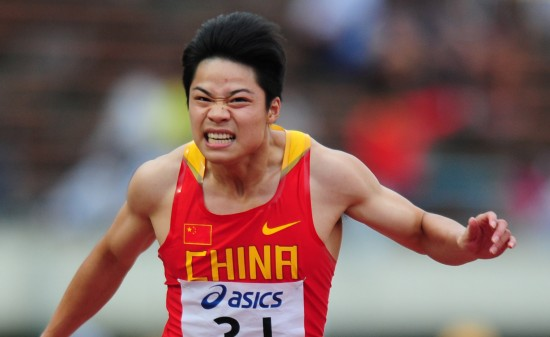 China's star sprinter Su Bingtian saw his effort to renew his own 100-meter national record come in vain once again as a 2.4-meter per second tailwind ruined his plan on Saturday at the third leg of the 2018 IAAF Diamond League in Eugene, United States. (Photo: Xinhua) 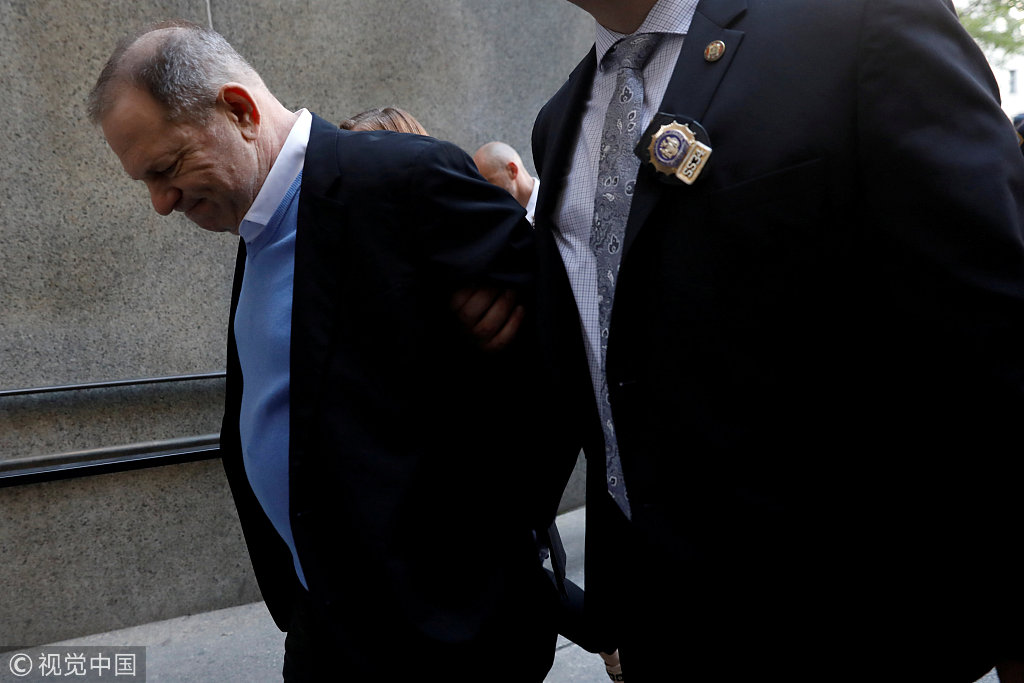 Harvey Weinstein was led out of the New York Police Department's First Precinct in handcuffs after being arrested and processed on charges of rape, committing a criminal sex act, sexual abuse and sexual misconduct on May 25, 2018 in New York City. (Photos: VCG) 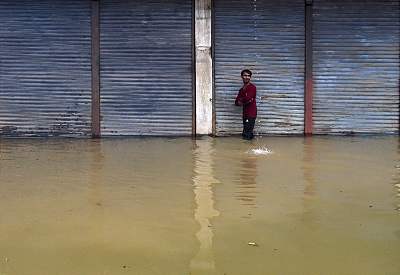 A Sri Lankan resident made his way through floodwaters in Kelaniya, on the outskirts of Colombo on May 23, 2018 as monsoon rains lashed large parts of the island. Flood related accidents have killed at least ten people and damaged nearly 1,000 homes this week, according the Disaster Management Centre. Photo: Ishara S. 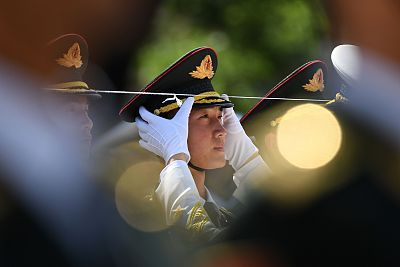 A member of a military honour guard has his cap adjusted before a welcome ceremony for German Chancellor Angela Merkel outside the Great Hall of the People in Beijing on May 24, 2018. 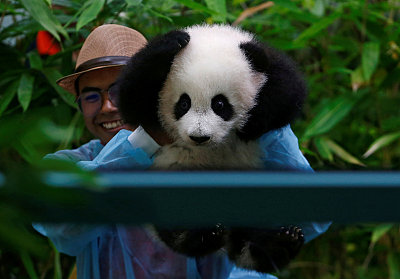 A zoo employee carries the four-month-old female giant panda cub, born to mother Liang Liang and father Xing Xing, on display to the public for the first time at the National Zoo in Kuala Lumpur, Malaysia May 26, 2018. (Photo: Lai Seng Sin/TPX) 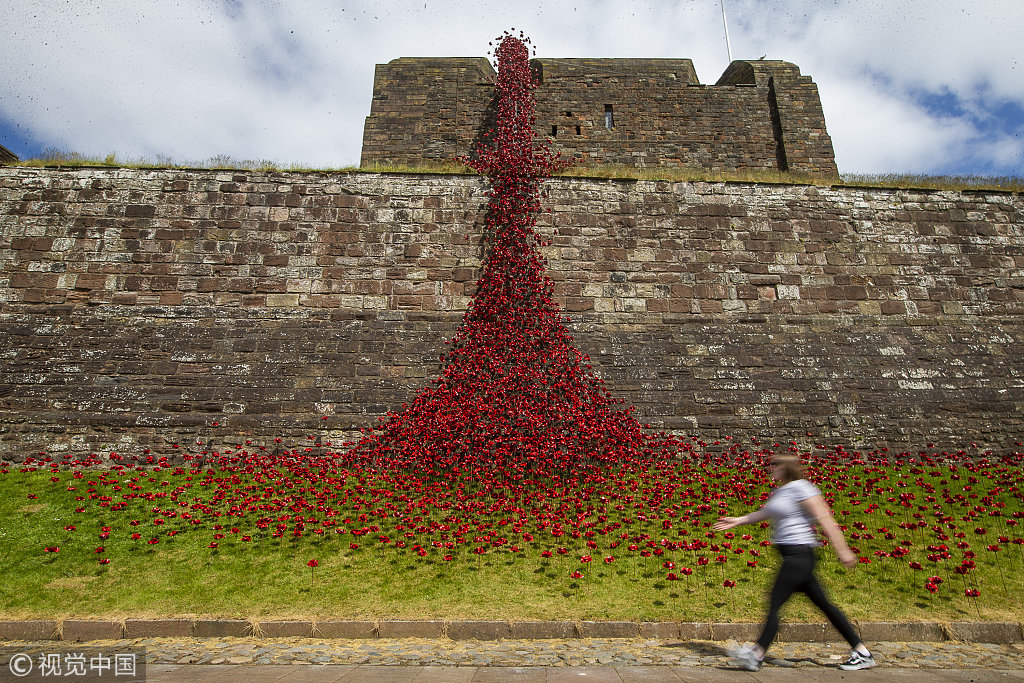 The Iconic Poppy Sculpture 'Weeping Window' by artist Paul Cummins and designer Tom Piper opened on May 23rd at Carlisle Castle and will be on display until the 8th of July as part of the final year of 14-18 NOW's UK-Wide tour of the poppies. (Photos: VCG) 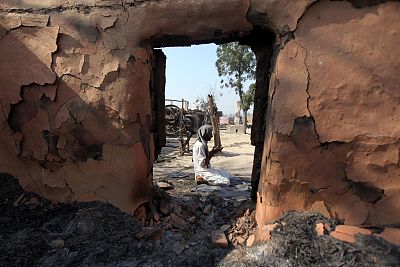 An Indian villager performs prayers outside his house which was gutted, following firing from the Pakistan border, at Jora farm village, in Ranbir Singh Pura district of Jammu on May 24, 2018. 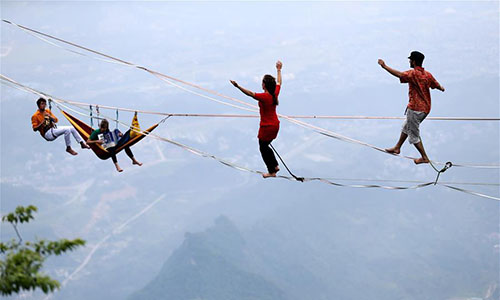 Musicians performed during a sky concert at the Tianmenshan scenic spot of Zhangjiajie, central China's Hunan Province, May 25, 2018. (Photo: Xinhua)