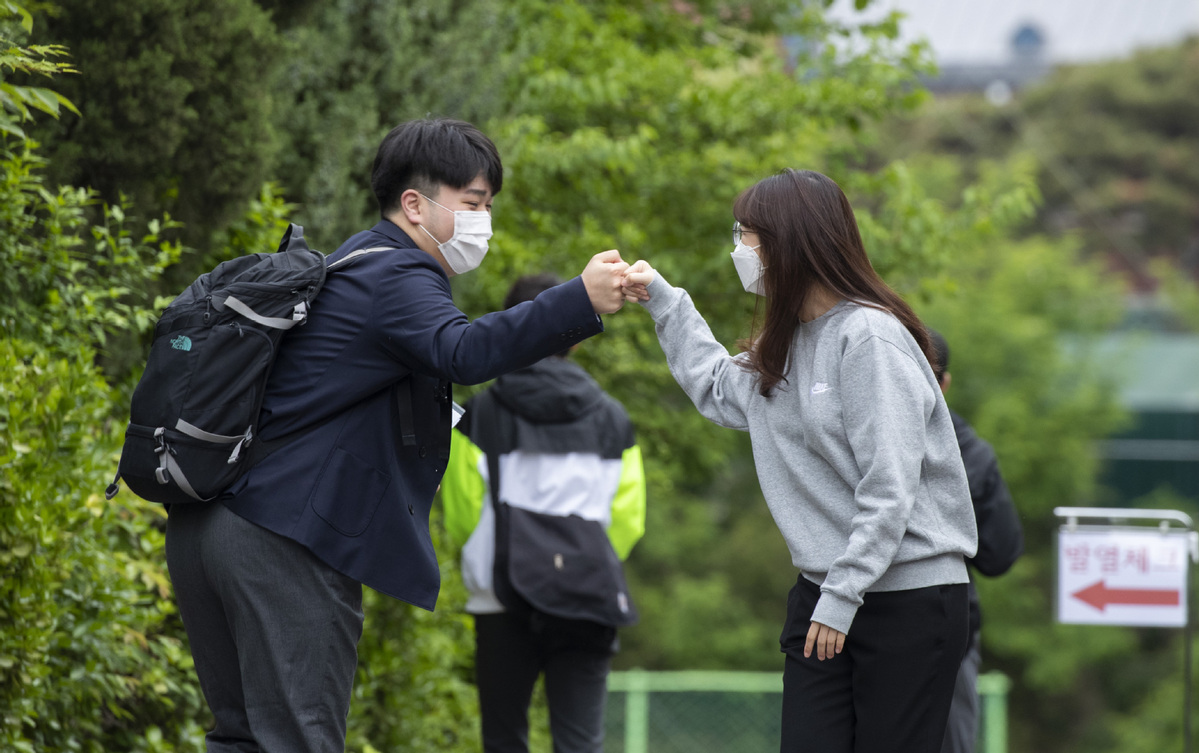 Staff members at a high school welcome students as schools reopen following the global outbreak of the coronavirus disease (COVID-19) in Seoul, on Monday. (Photo: VCG) 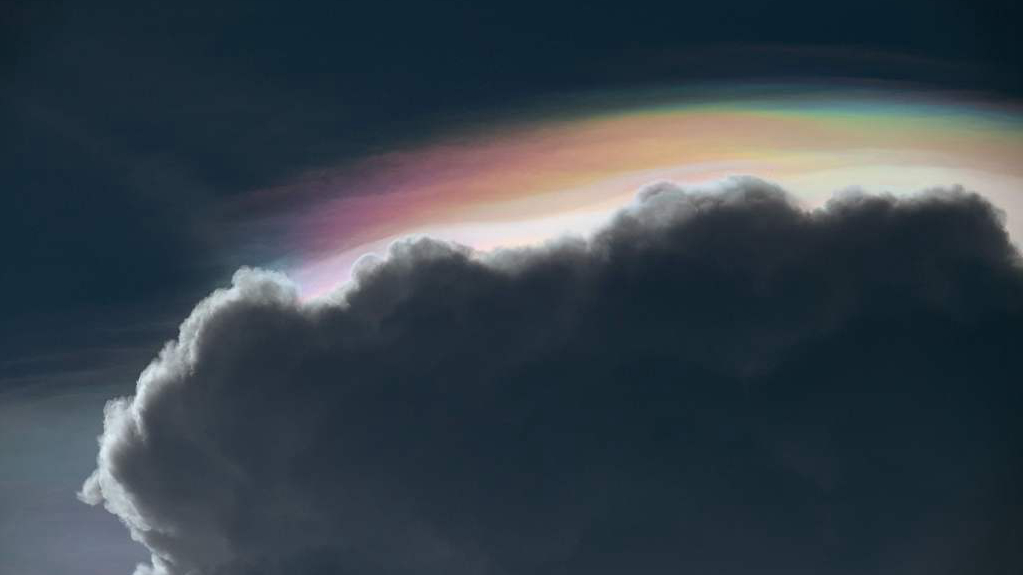 People get a glimpse of clouds with multi-colored halo just before a storm in Bangkok, Thailand, on Wednesday. (Photo: VCG) 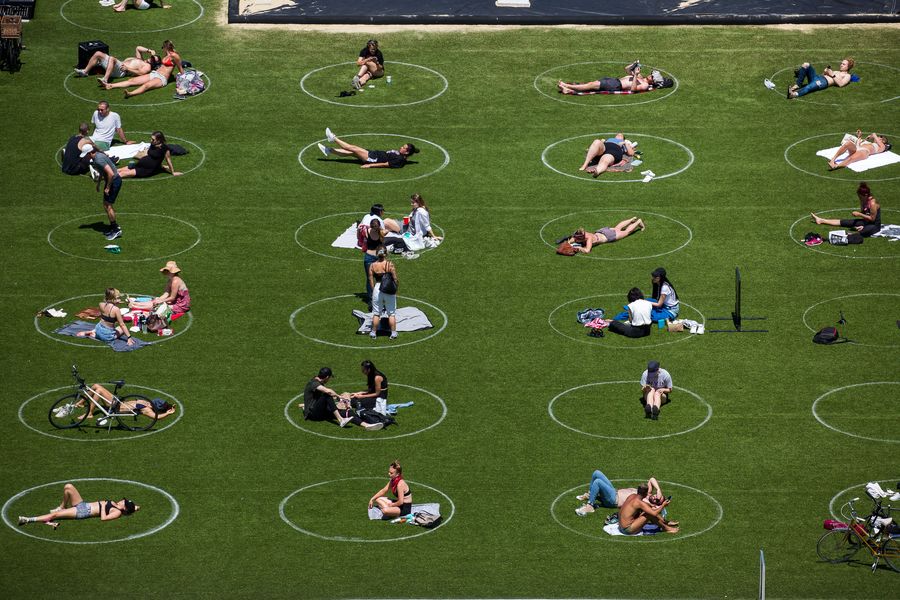 People sit inside social distancing markers at the Domino Park in Brooklyn borough of New York, the United States on Tuesday. (Photo: Xinhua) 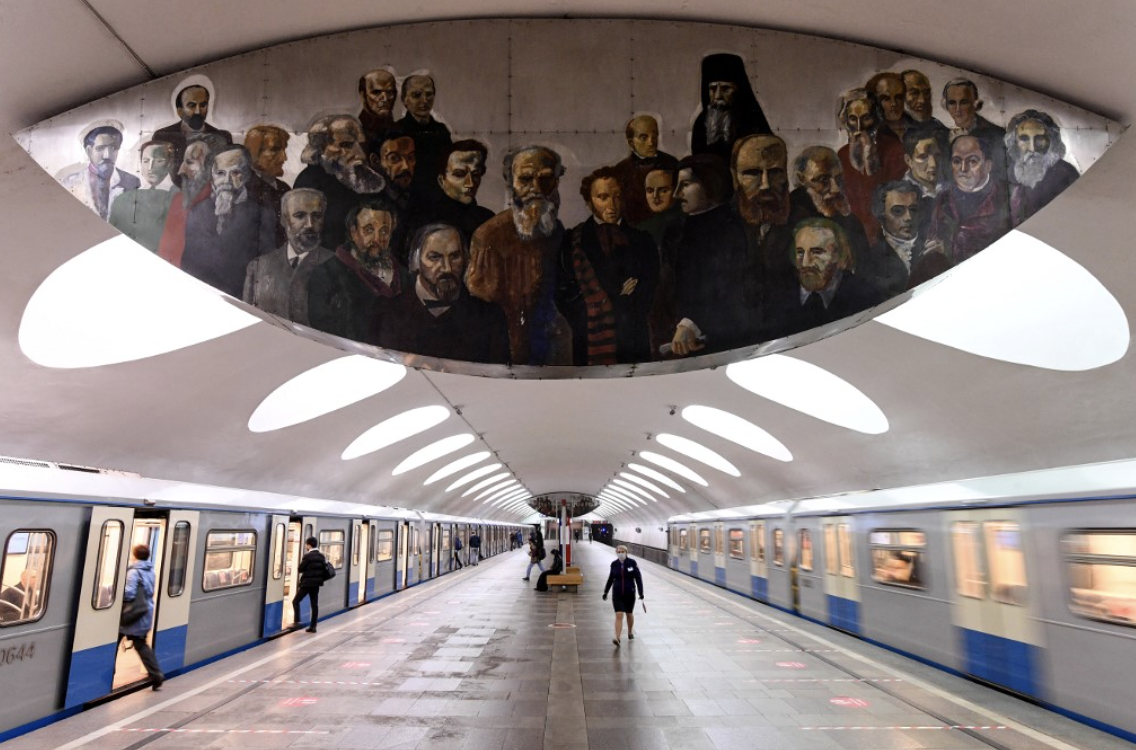 A woman wearing a protective mask walks on a platform at the Otradnoye metro station under an art painting depicting famous Russian writers and composers, in Moscow on Friday. (Photo: VCG) 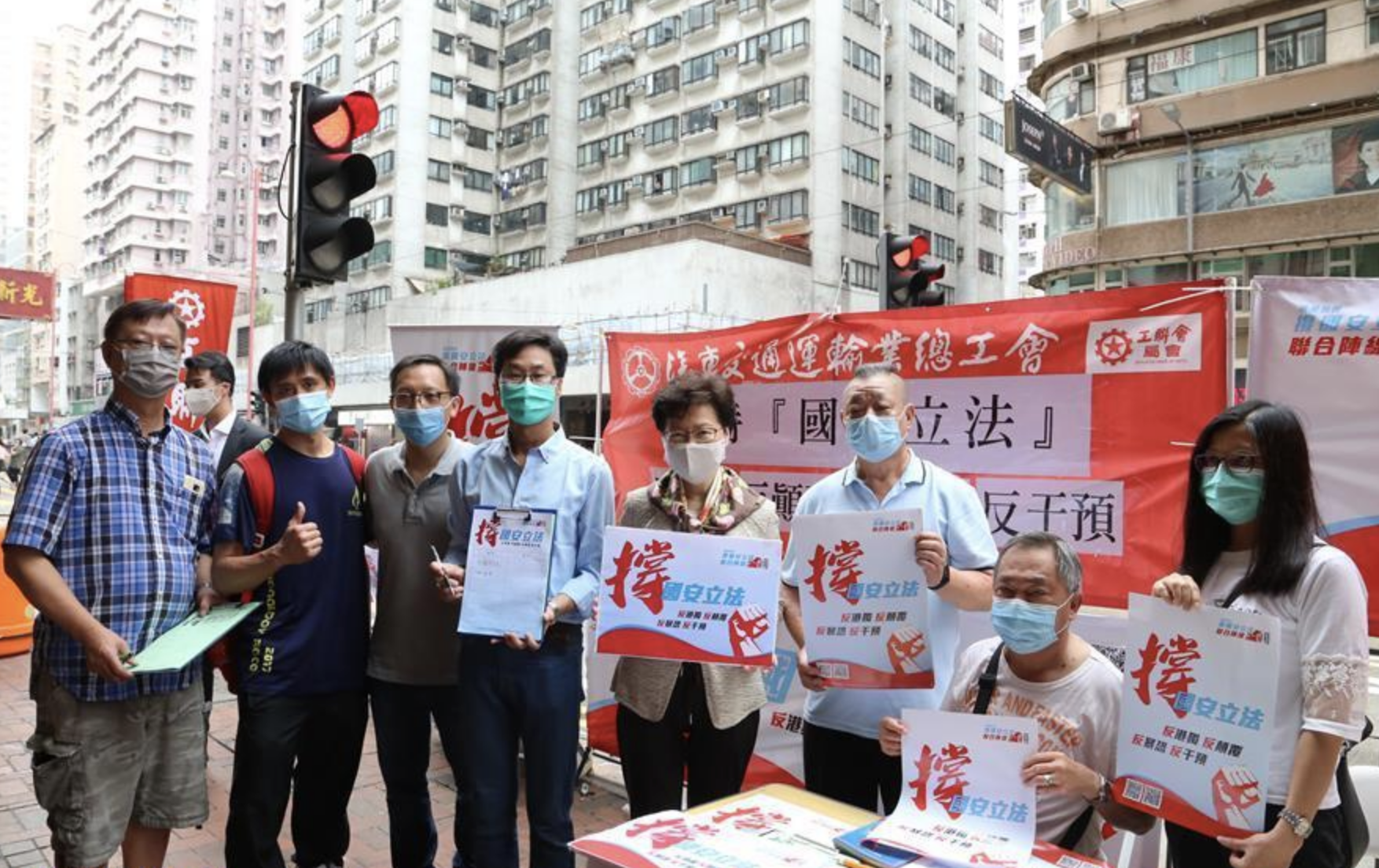 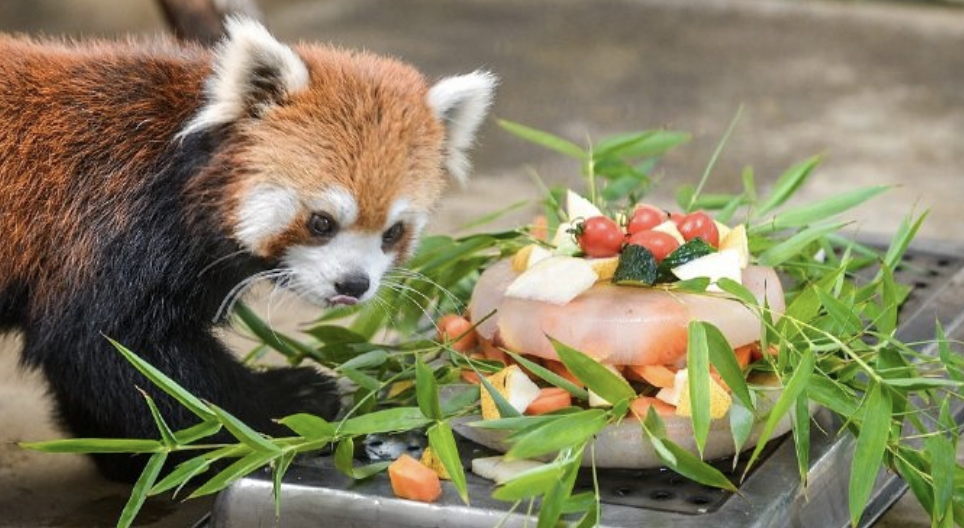 Animals in a zoo in central China's Luoyang city have received handmade cakes from their keepers on Saturday. The cakes, which took up to three days to make, consisted of a variety of ingredients to satisfy different tastes. (Photo: CGTN) 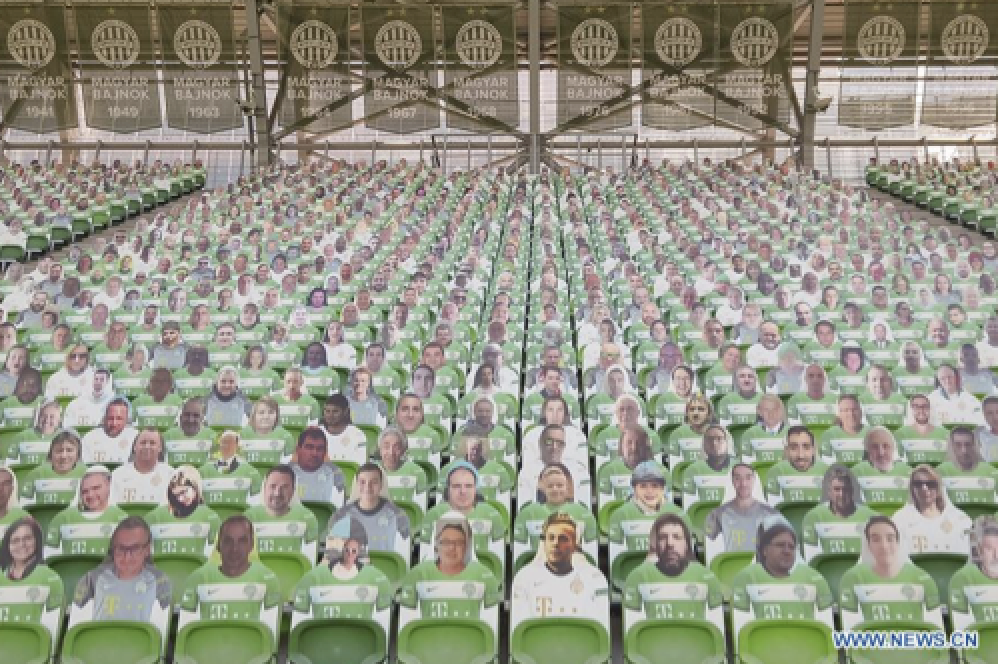 Cardboards with supporters' photos are seen on the tribune at Groupama Arena in Budapest, Hungary on Monday. Some 5,000 cardboard puppets were installed prior to the first football game which has to be held without spectators on location in the stadium after the easing of restrictions in Hungary. (Photo: Xinhua) 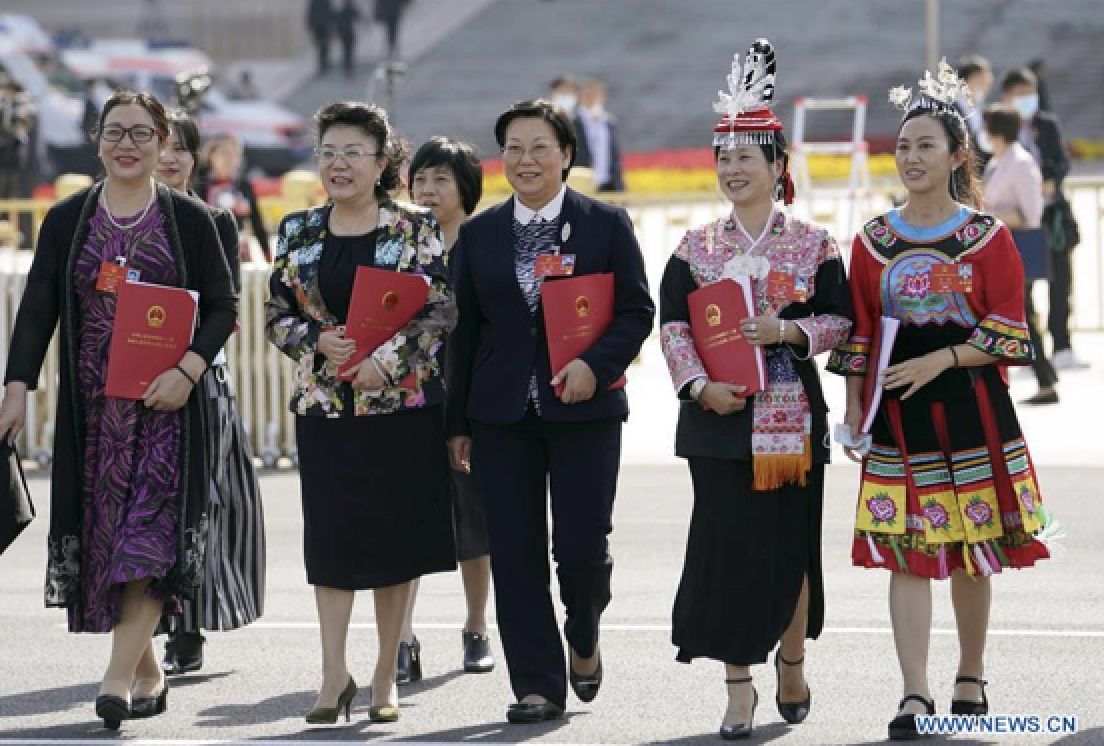 Deputies to the 13th National People's Congress (NPC) leave the Great Hall of the People after the closing meeting of the third session of the 13th NPC in Beijing, capital of China on Thursday. (Photo: Xinhua) 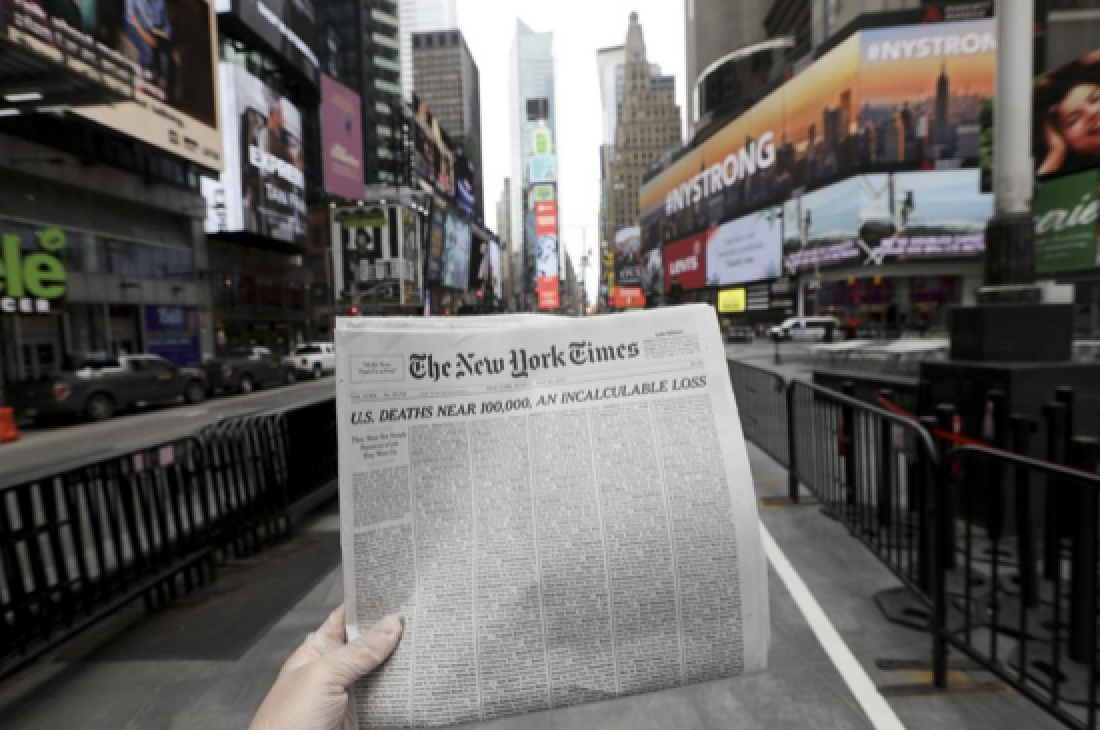 The front page of Monday's New York Times features the names of 1,000 people who have died of COVID-19 in the United States. (Photo: Xinhua) 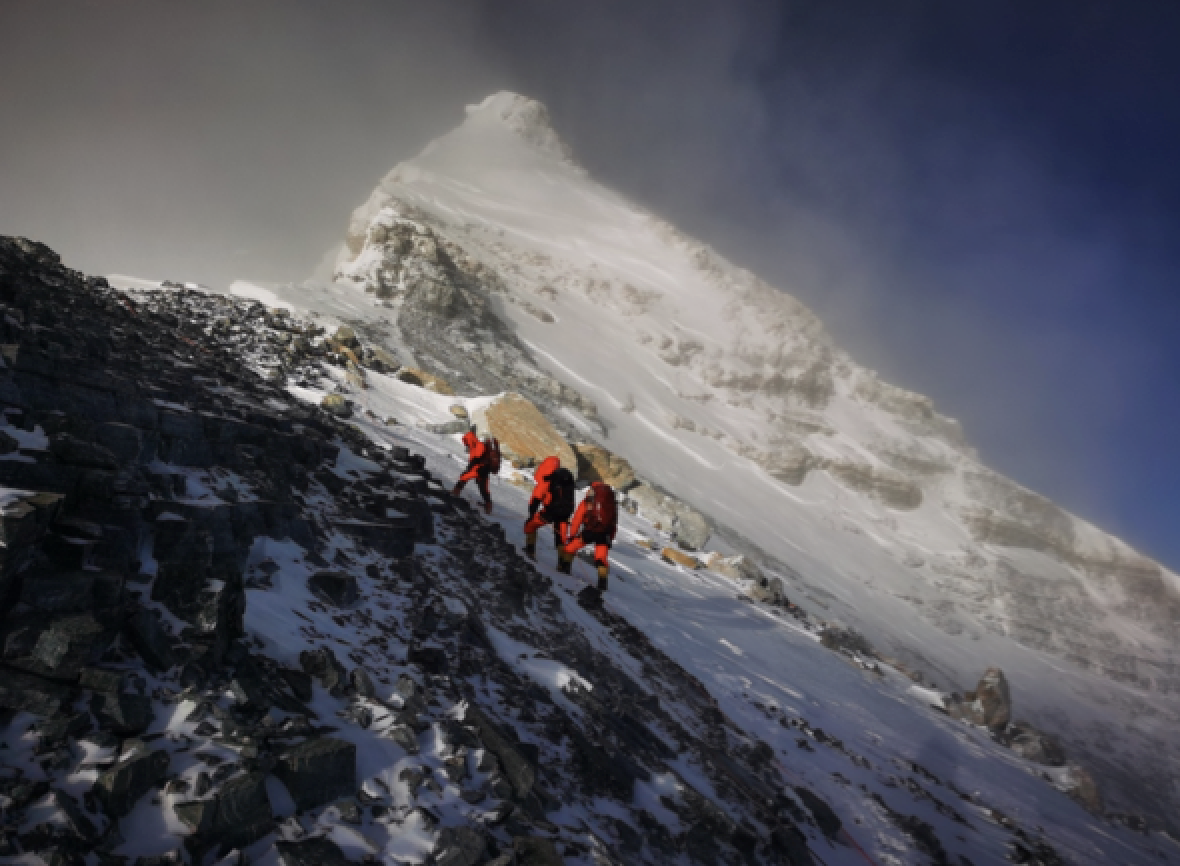