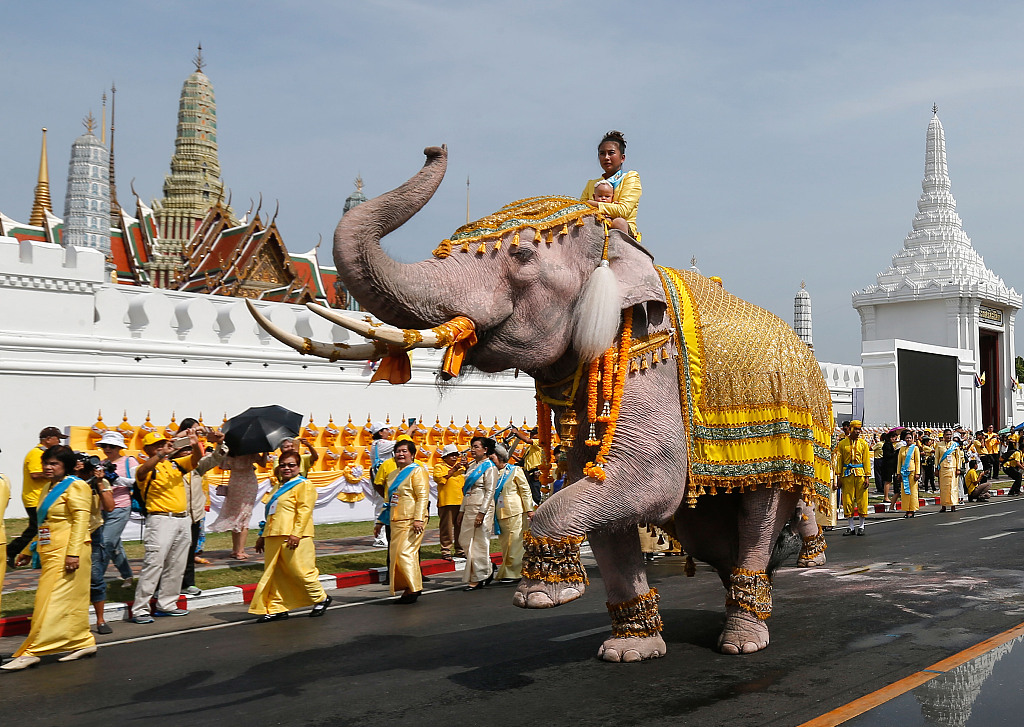 Thai mahouts ride on elephants during a procession to honor King MahaVajiralongkorn after his coronation ceremony outside the Grand Palace in Bangkok, Thailand, May 7, 2019. (Photo: VCG) 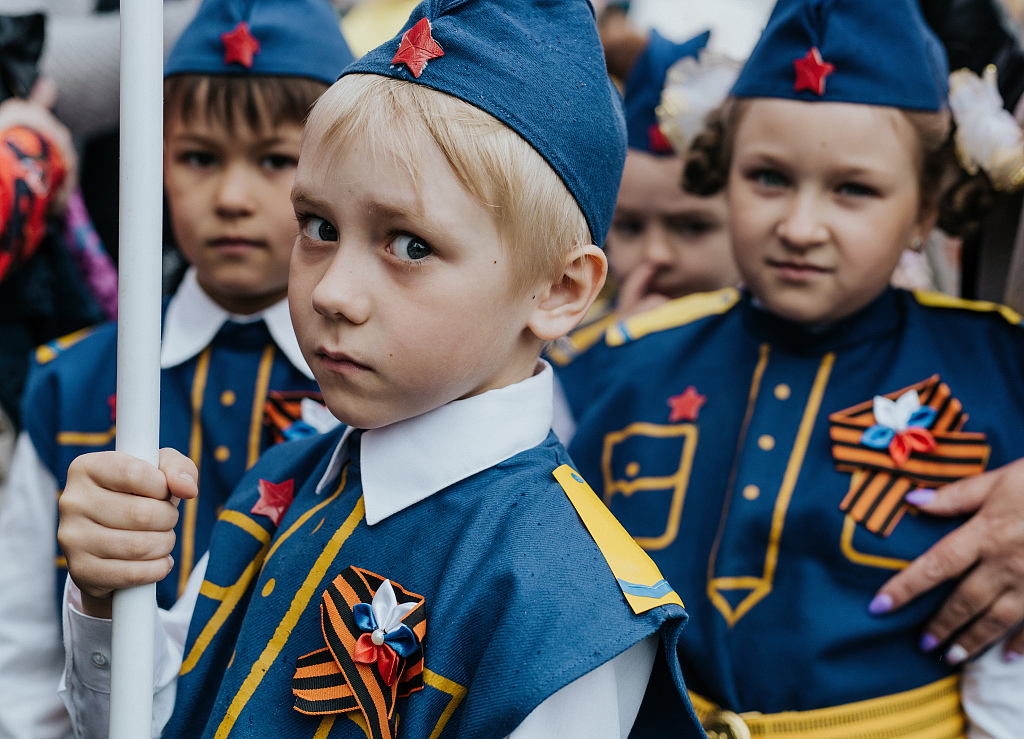 Children in military uniform march during a parade to mark the Victory Day in Ivanovo, Russia. (Photo: VCG) 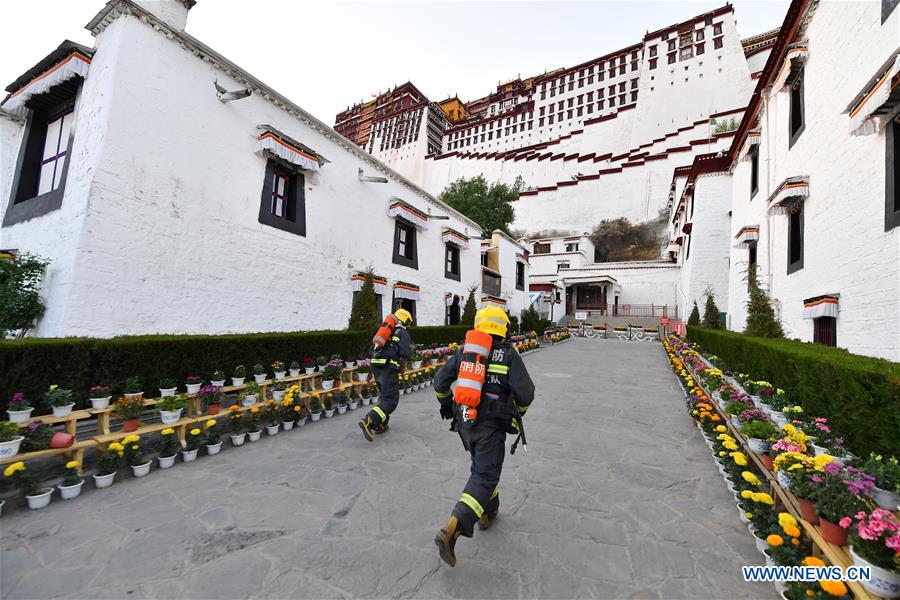 Firefighters participate in an emergency drill at the Potala Palace in Lhasa, southwest China's Tibet Autonomous Region, May 7, 2019. (Photo: Xinhua) 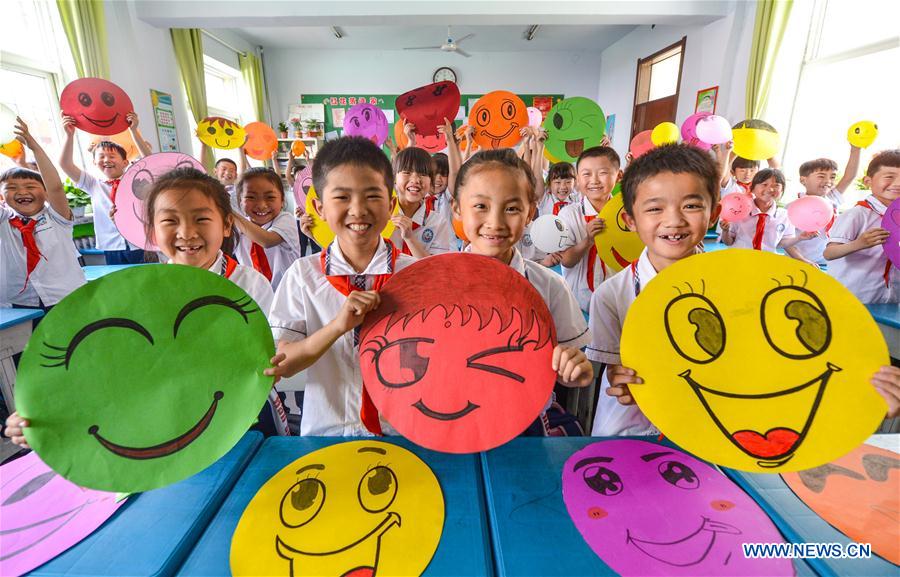 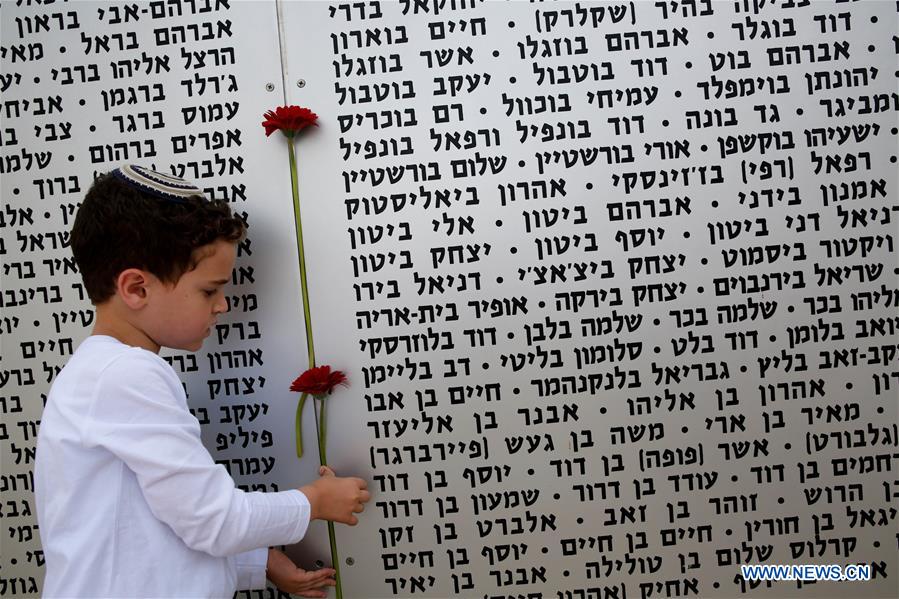 A boy visits the Israeli Armoured Corps Memorial in Latrun during Memorial Day, which commemorates Israel's fallen soldiers and terror victims, on May 8, 2019. (Photo: Xinhua) 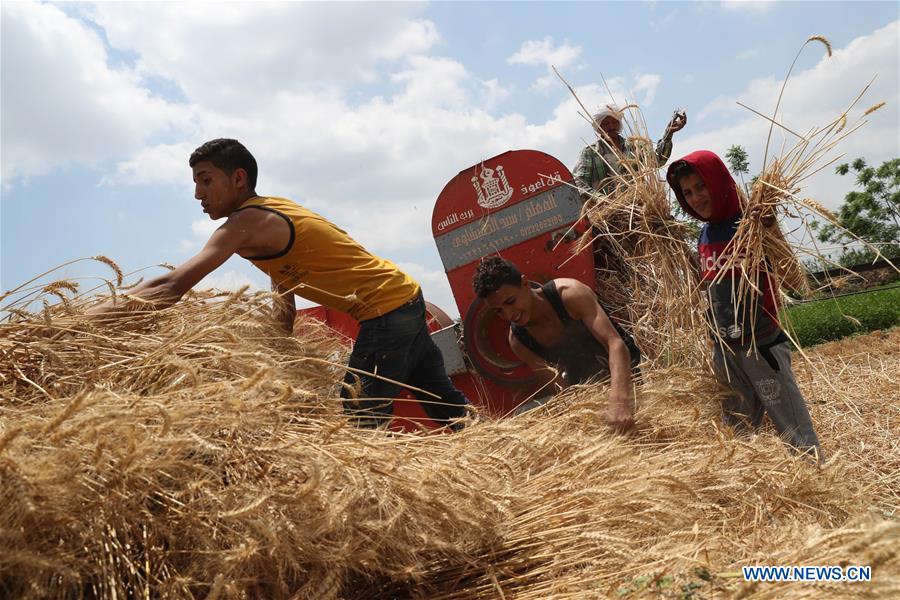 Farmers harvest wheat in Qalyubia, Egypt, on May 9, 2019. The wheat harvest season in Egypt starts in mid-April and ends in mid-July. (Photo: Xinhua) 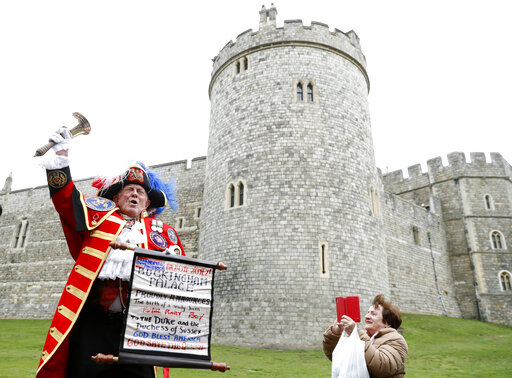 An unofficial Town Crier announces the birth of a baby boy born to Britain's Prince Harry and Meghan, the Duchess of Sussex, outside Windsor Castle in Windsor, south England, Monday May 6, 2019, after the Prince announced that the Duchess had given birth to a boy. (Photo: AP) 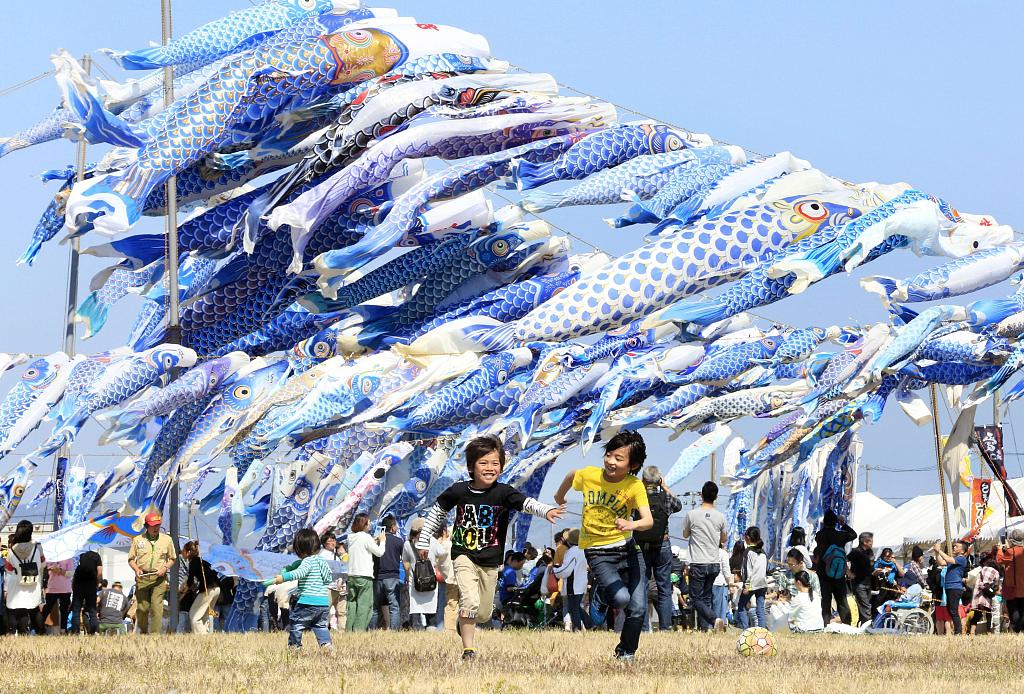 Blue Koinobori fly on May 5, 2019 in Higashimatsushima, Japan,in memory of the children killed in the March 2011 tsunami. (Photo: VCG) 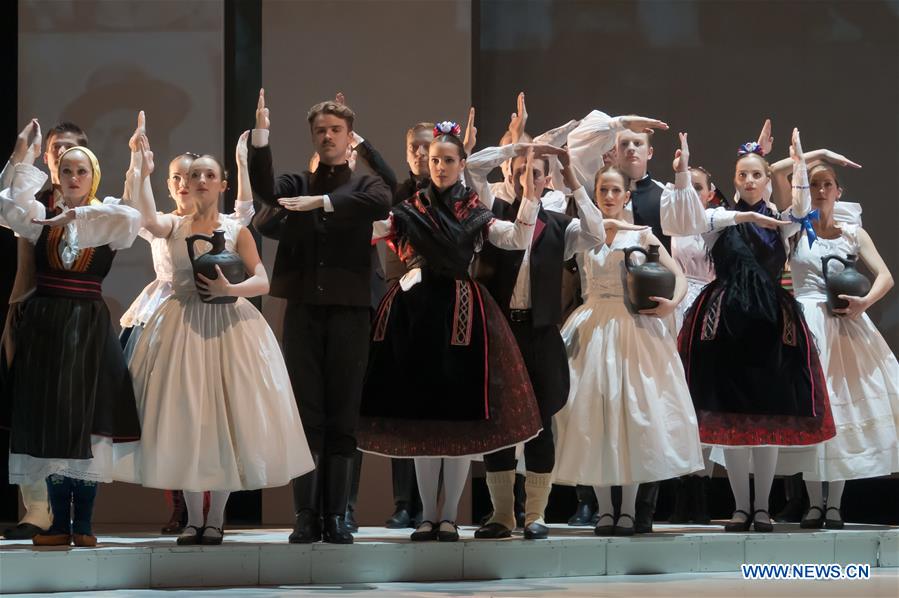 Members of the Hungarian State Folk Ensemble perform during a dress rehearsal of their new production "The Thousand Faces of the Southern Land" in Budapest, Hungary, May 9, 2019. (Photo: Xinhua) 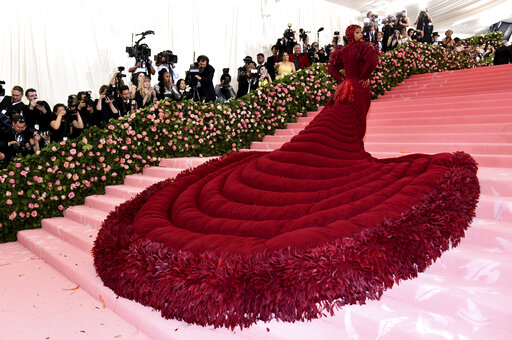 Cardi B attends The Metropolitan Museum of Art's Costume Institute benefit gala celebrating the opening of the "Camp: Notes on Fashion" exhibition on Monday, May 6, 2019, in New York. ((Photo: AP)