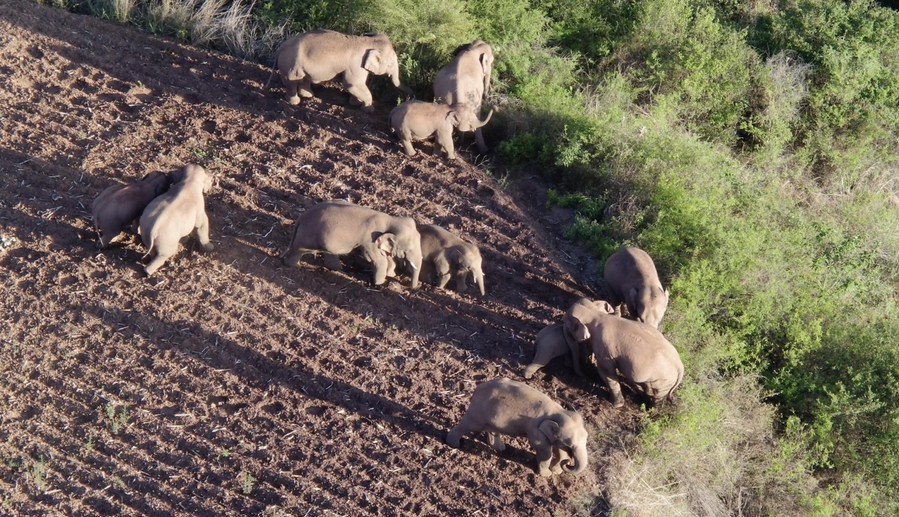 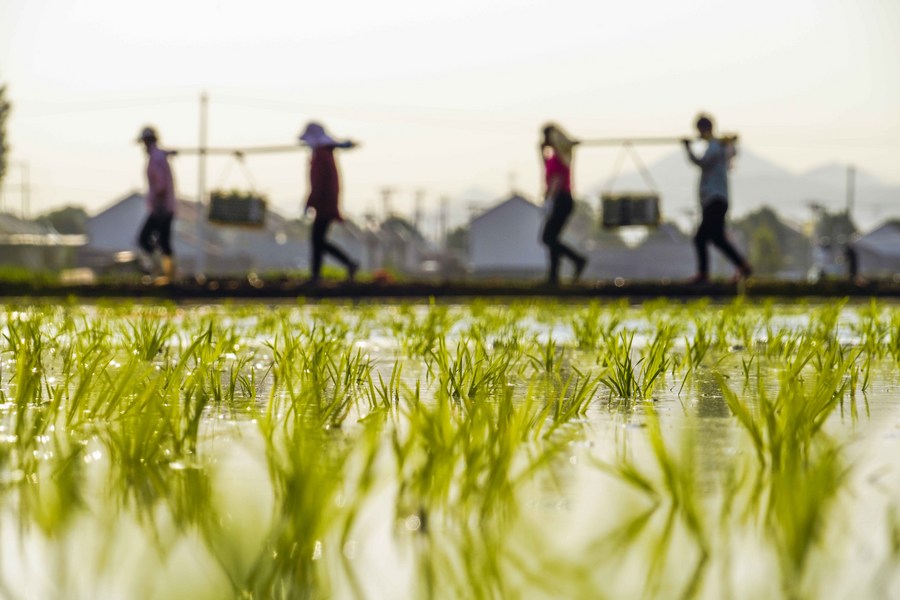 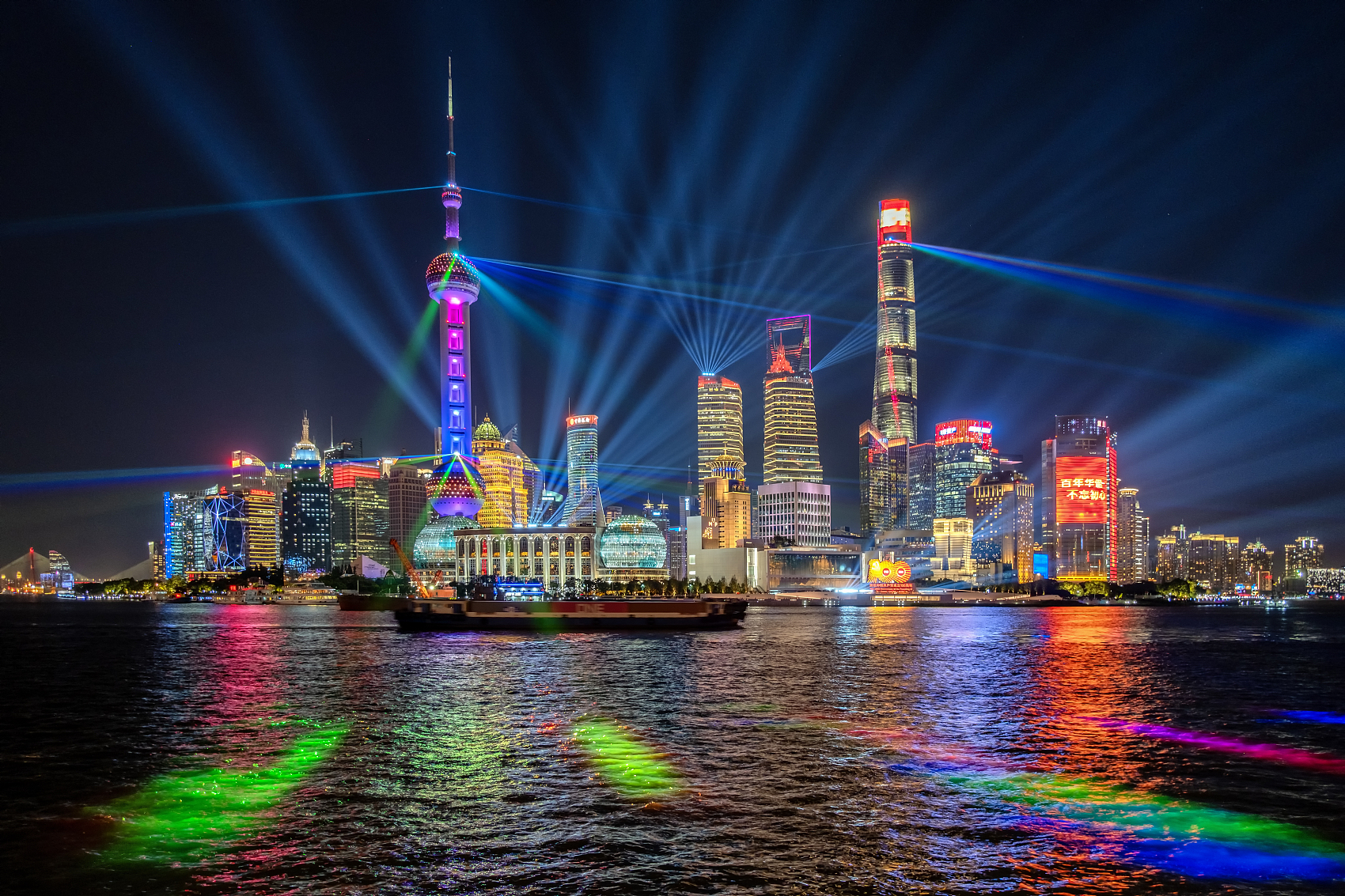 A light show celebrating the 100th anniversary of the founding of the Communist Party of China illuminates night sky of East China's Shanghai on Tuesday. (Photo: VCG) 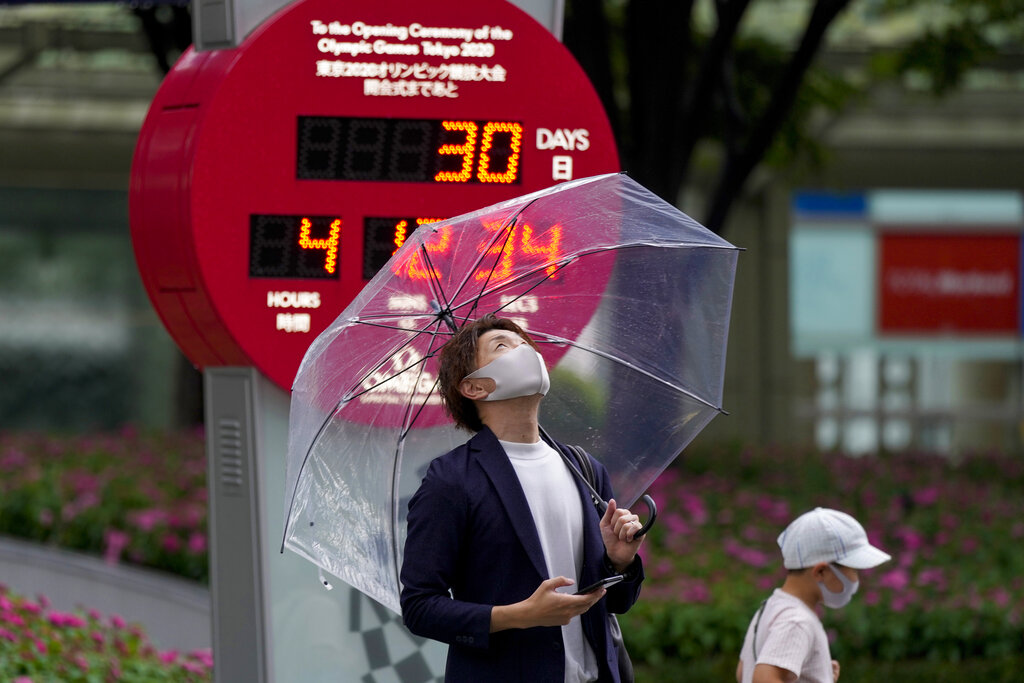 In this Wednesday, file photo, a countdown clock shows 30 days to the opening ceremony of the Tokyo 2020 Olympic and Paralympic Games in Tokyo. (Photo: AP) 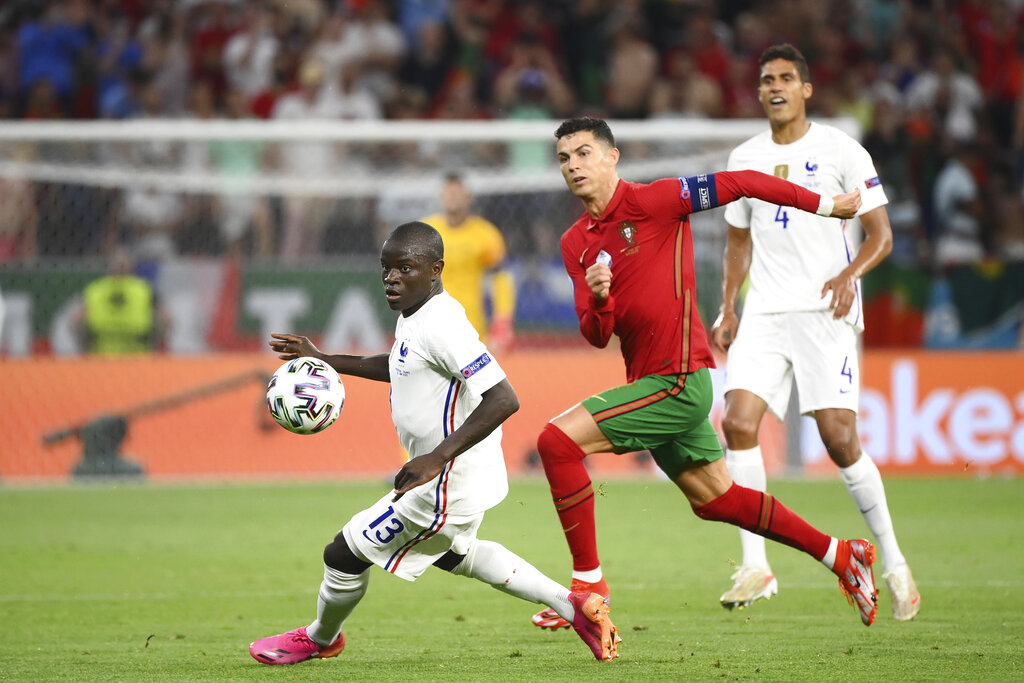 Portugal's Cristiano Ronaldo vies for the ball with France's N'Golo Kante, left, during the Euro 2020 soccer championship group F match between Portugal and France at the Puskas Arena in Budapest on Wednesday. (Photo: AP) 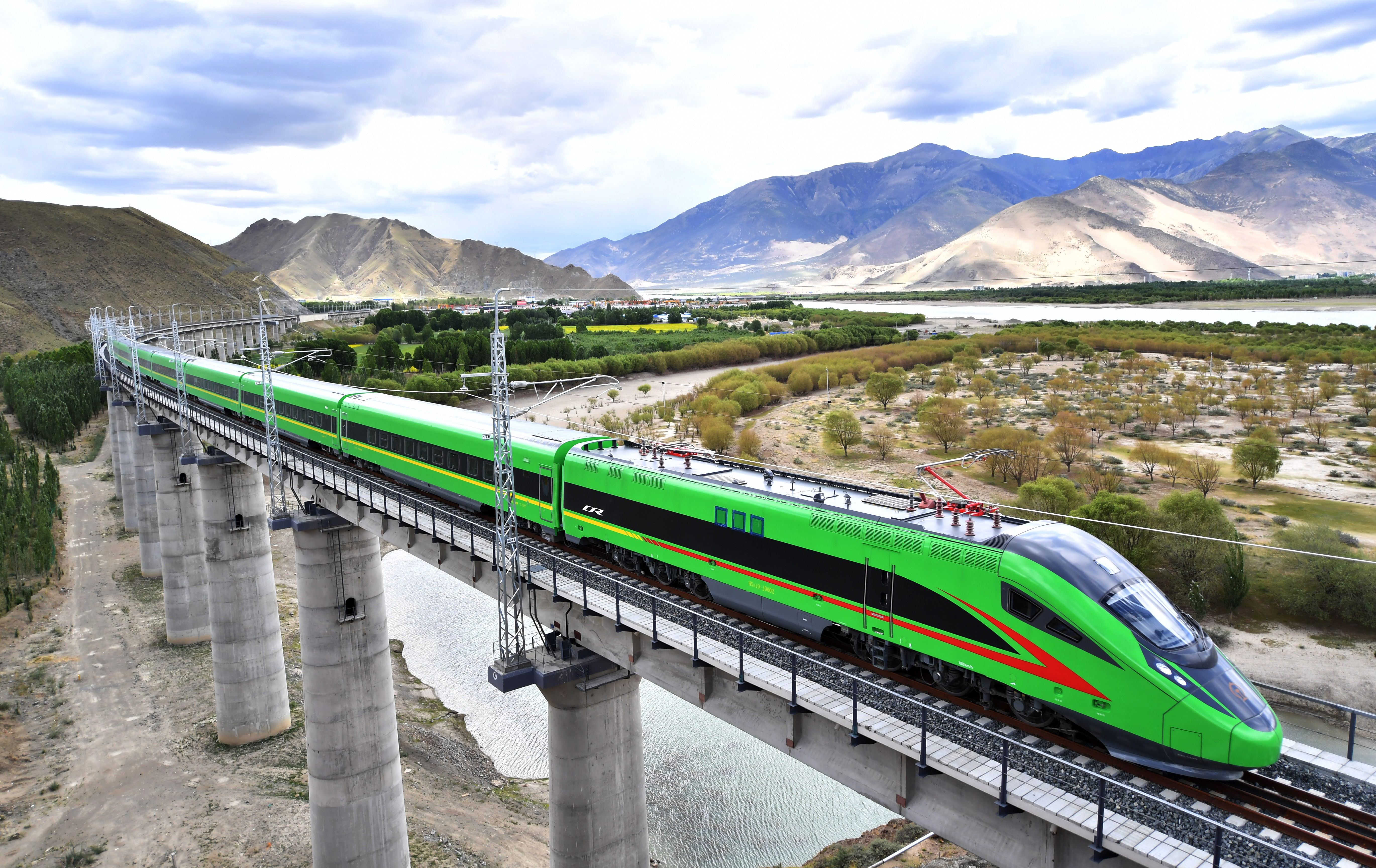 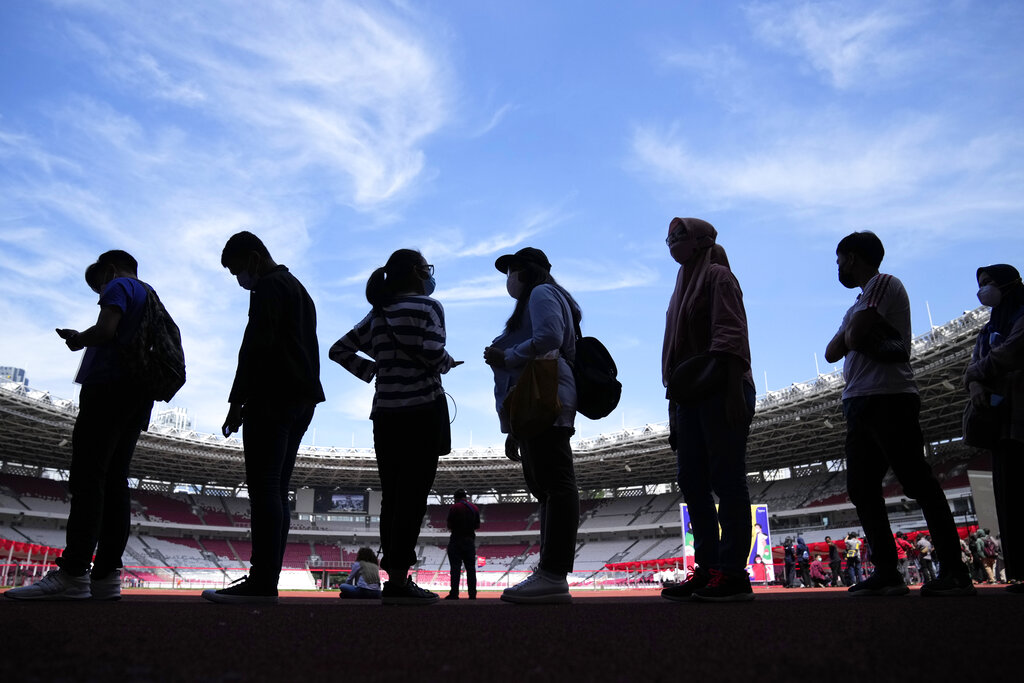 People are silhouetted against the sky as they line up to get the Sinovac COVID-19 vaccine during a mass vaccination at Gelora Bung Karno Main Stadium in Jakarta, Indonesia on Saturday. (Photo: AP) 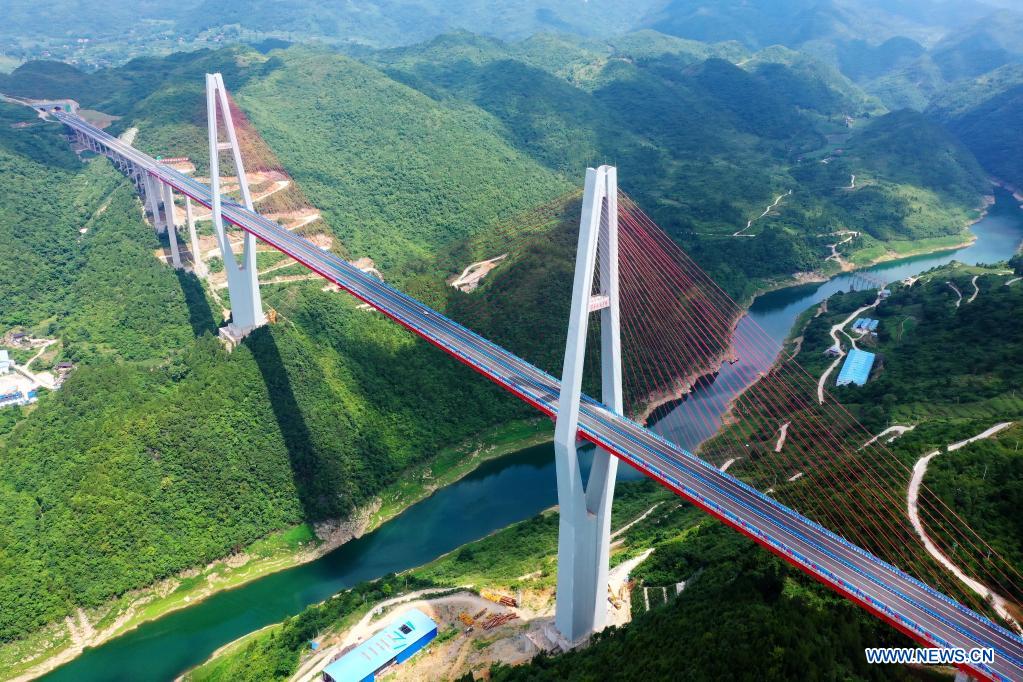 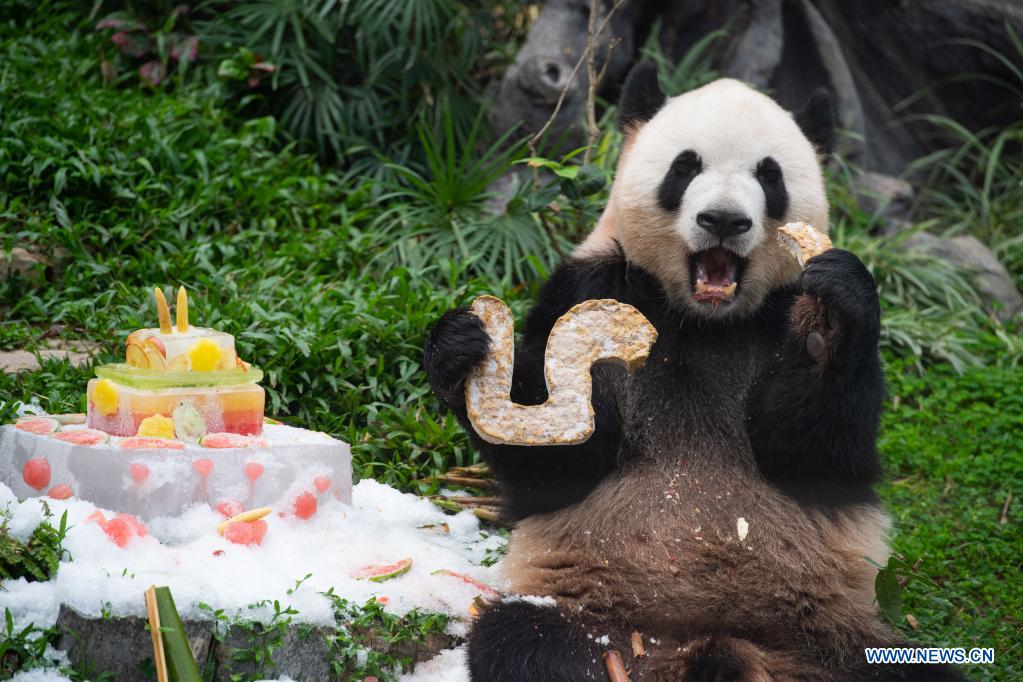 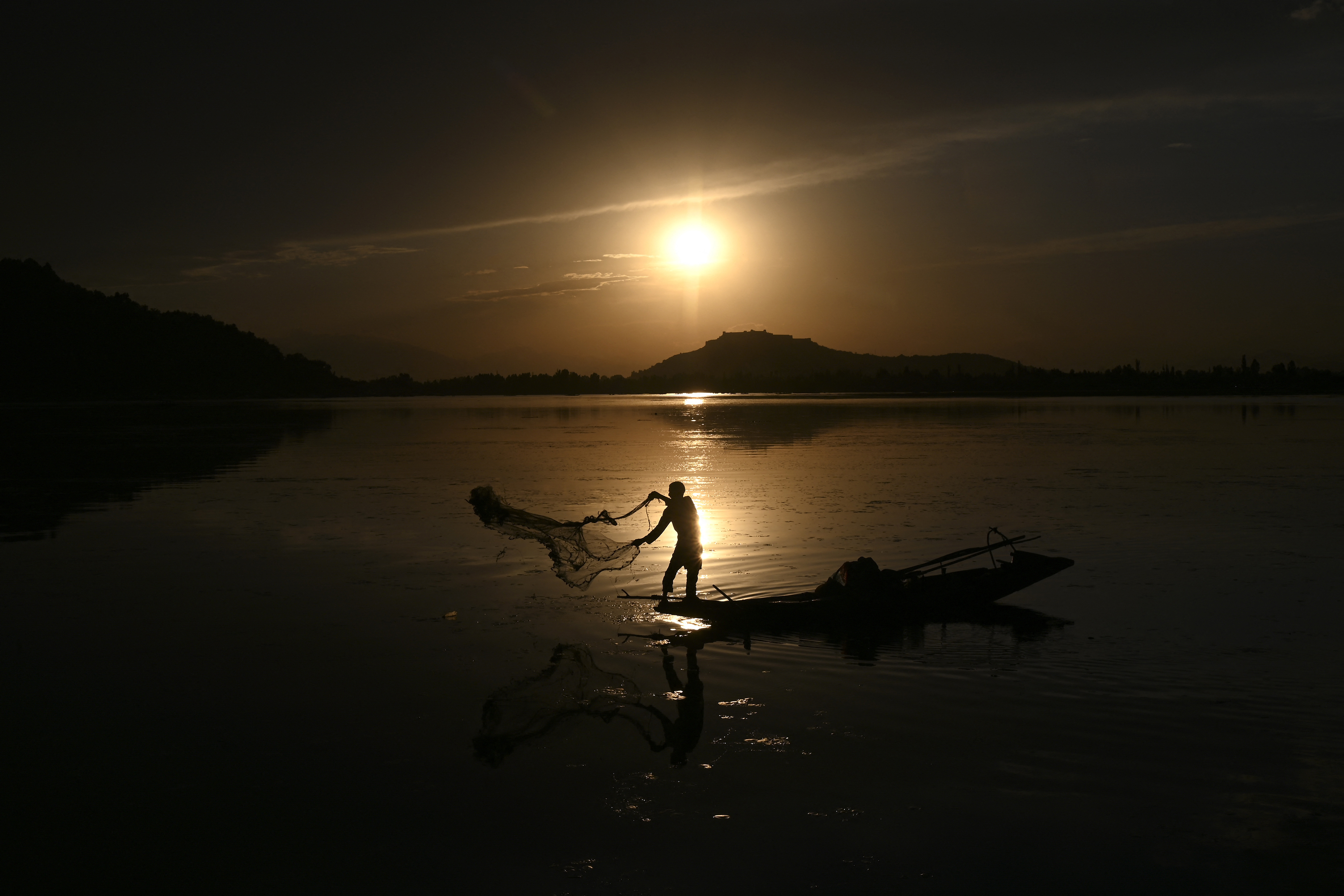 A fisherman casts his net from a boat in Dal Lake as the sun sets in Srinagar on Saturday. (Photo: AFP)