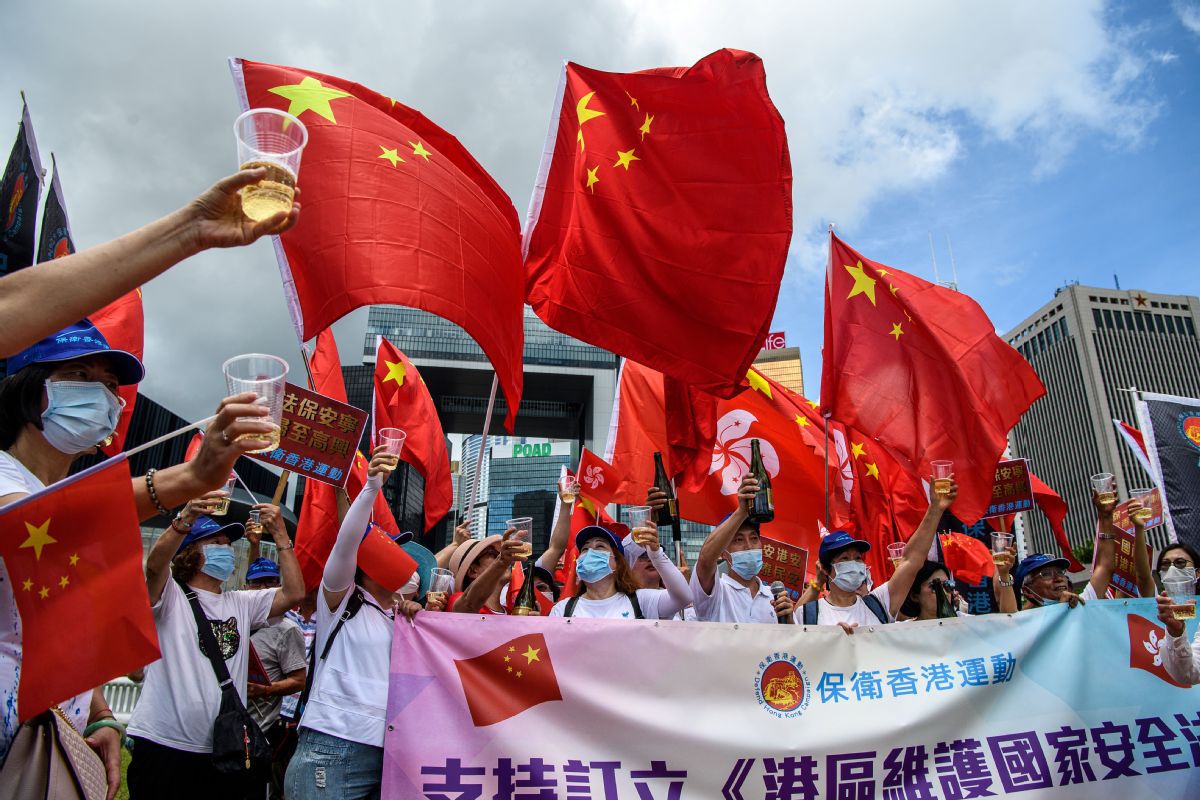 Hong Kong citizens celebrate the passage of the Law of the People's Republic of China on Safeguarding National Security in the Hong Kong Special Administrative Region (HKSAR) in Causeway Bay of South China's Hong Kong on Tuesday. (Photo: Xinhua) 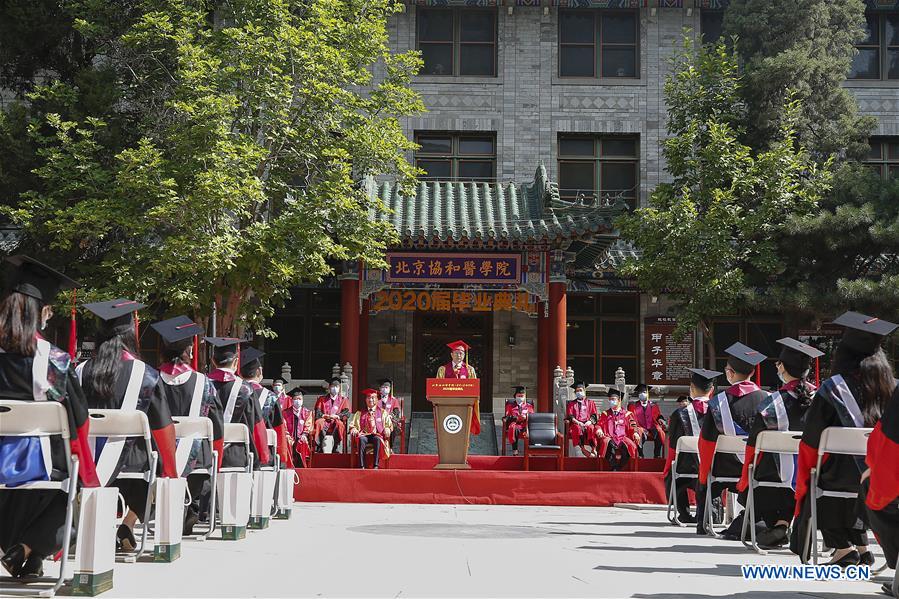 A commencement ceremony is held at the Peking Union Medical College (PUMC) in Beijing, capital of China, on Tuesday. Due to the coronavirus control measures, a few representatives attended the ceremony while the others participated via live streaming. (Photo: Xinhua) 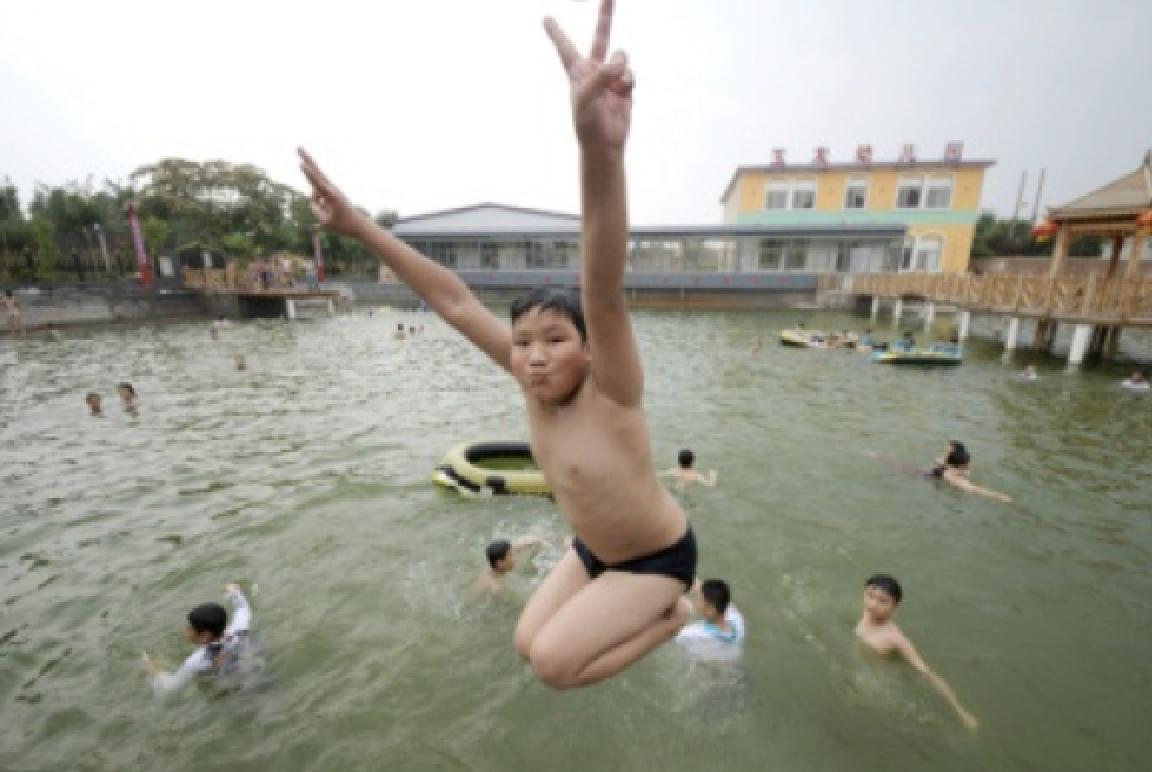 A student poses while jumping into a swimming pool at a primary school in Binzhou city, Shandong Province, on Friday. (Photo: China Daily) 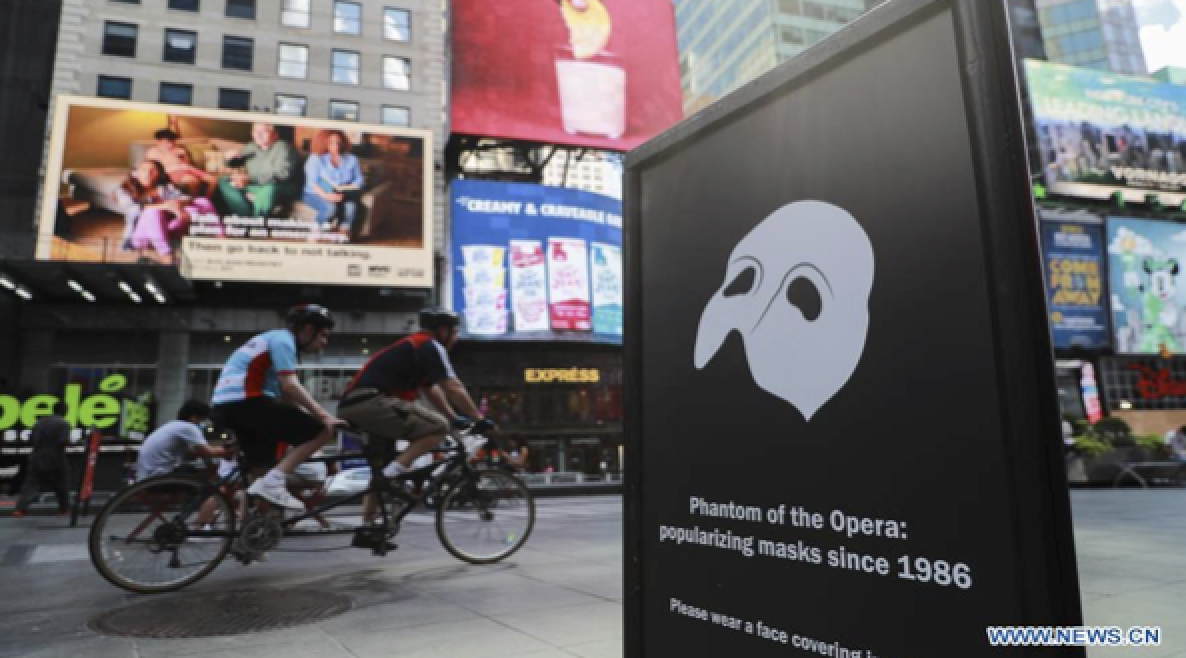 The Broadway League announced on Monday that Broadway performances in New York City will be suspended through the remainder of 2020 due to COVID-19. (Photo: Xinhua) 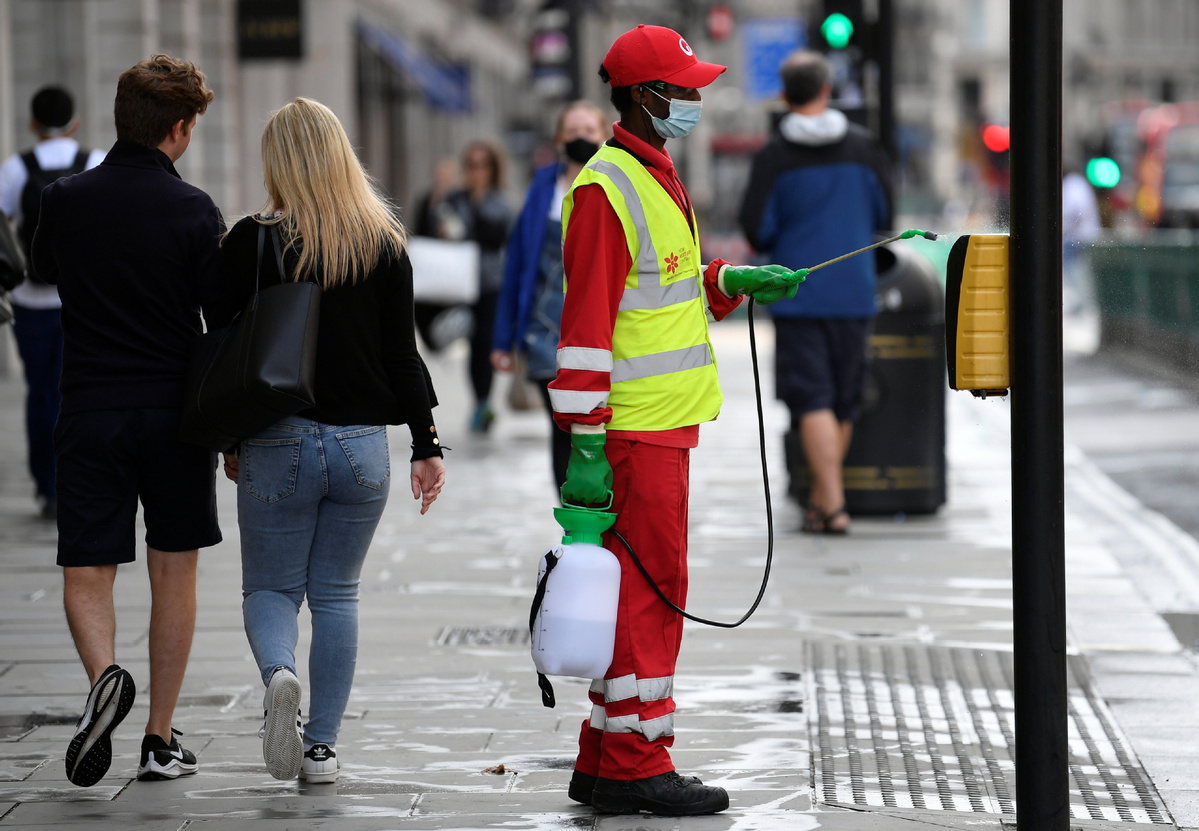 A worker sanitizes a traffic light in Regent Street, amid the spread of COVID-19 in London, on Wednesday. (Photo: XInhua) 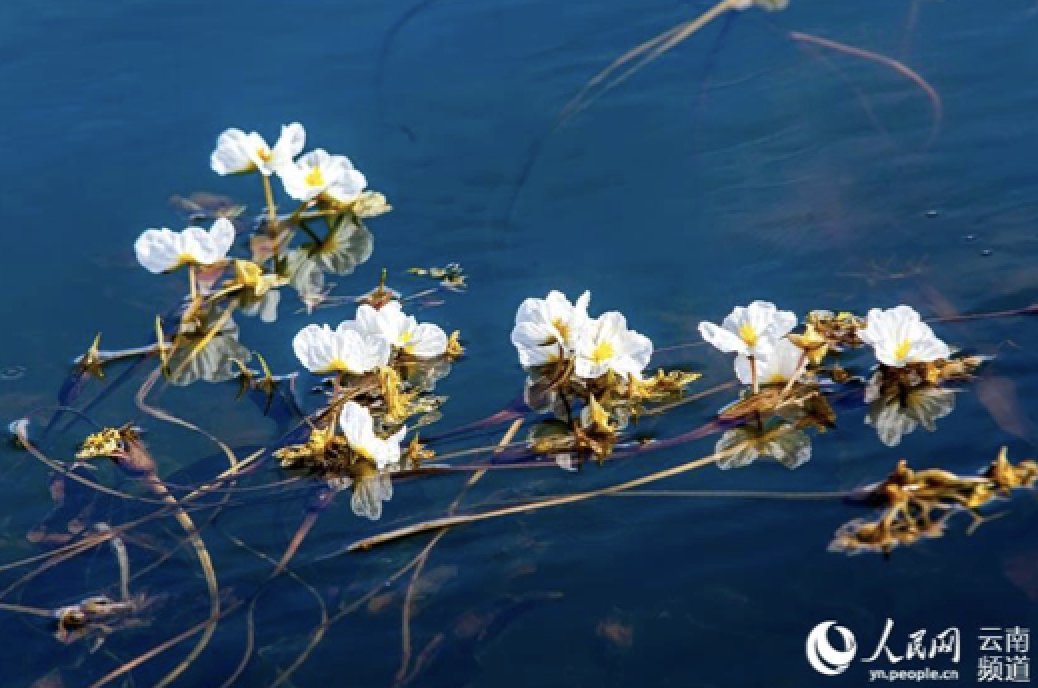 Recently, ottelia acuminata has been in full bloom and can be seen in many waters in Yunnan Province, Southwest China, such as Lugu Lake in Lijiang city and Dianchi Lake in Kunming city. (Photo: People's Daily online) 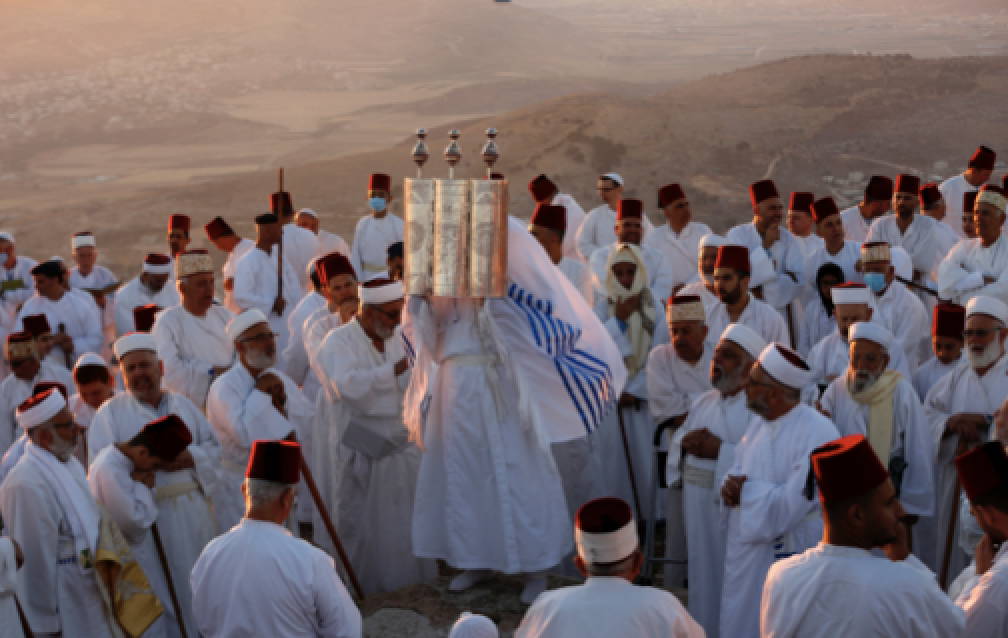 A Samaritan priest holds up a Torah scroll during a traditional ceremony celebrating the Shavuot festival atop Mount Gerizim near the West Bank city of Nablus, on Monday. (Photo: VCG) 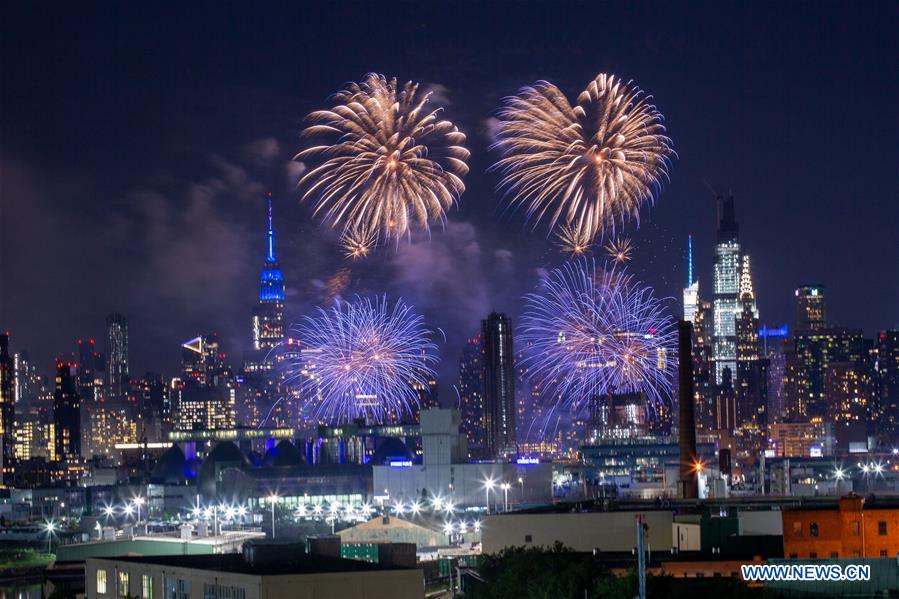 Fireworks explode in the sky to celebrate the approach of Independence Day in New York, the United States, on Thursday. (Photo: VCG) 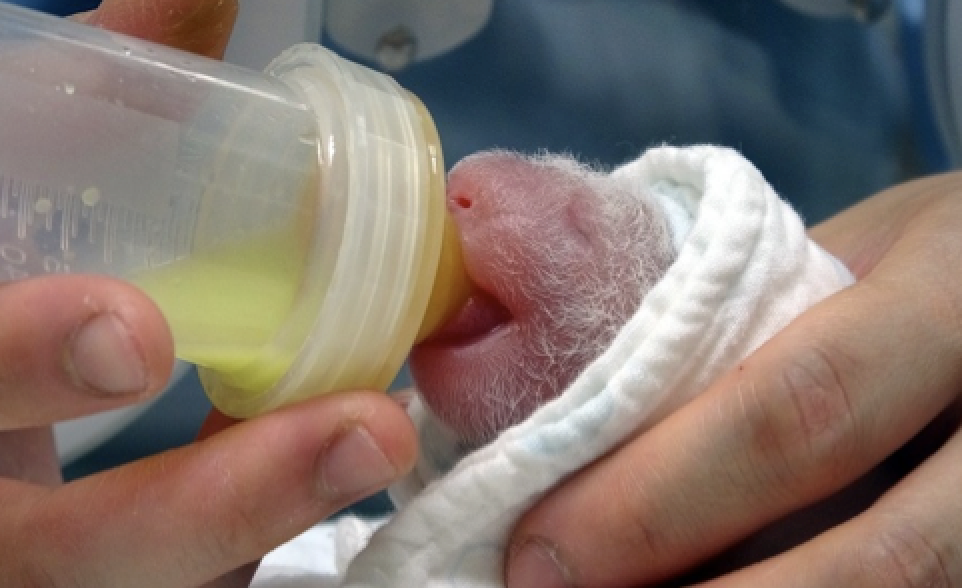 A staff member feeds the newborn cub delivered by giant panda Yuan Yuan at Taipei Zoo in Taipei, Southeast China's Taiwan, on Monday. Giant panda Yuan Yuan, one of a panda pair from the Chinese mainland, gave birth to her second cub at the Taipei Zoo at 1:53 pm Sunday, the city zoo said. (Photo: Xinhua)