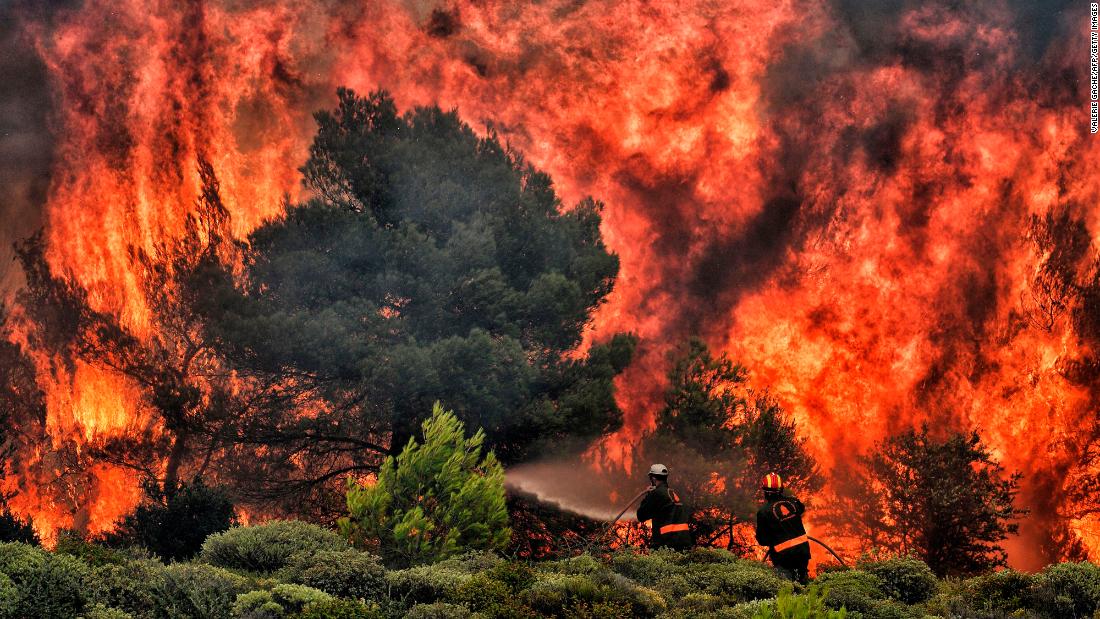 Firefighters try to extinguish flames during a wildfire at the village of Kineta, near Athens, on July 24, 2018. Raging wildfires killed 74 people including small children in Greece, devouring homes and forests as terrified residents fled to the sea to escape the flames, authorities said Tuesday. Photo: AFP 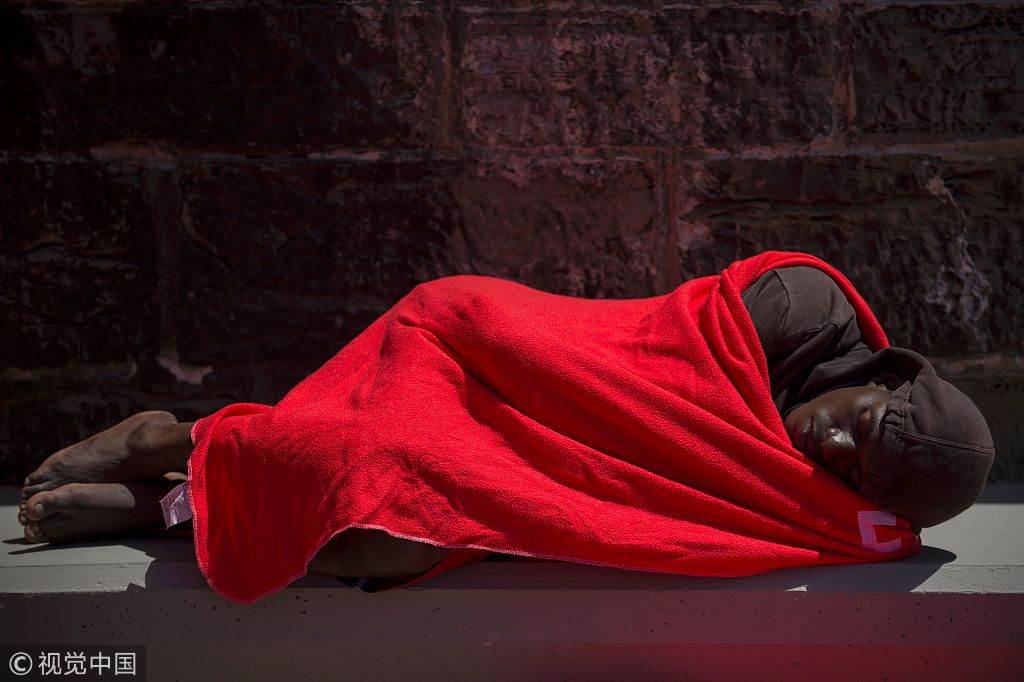 A man wrapped in a Red Cross blanket sleeps after arriving aboard a coast guard boat at the harbour of Tarifa on July 24, 2018, after an inflatable boat carrying 135 migrants was rescued by the Spanish coast guard in the Mediterranean. Photo: VCG 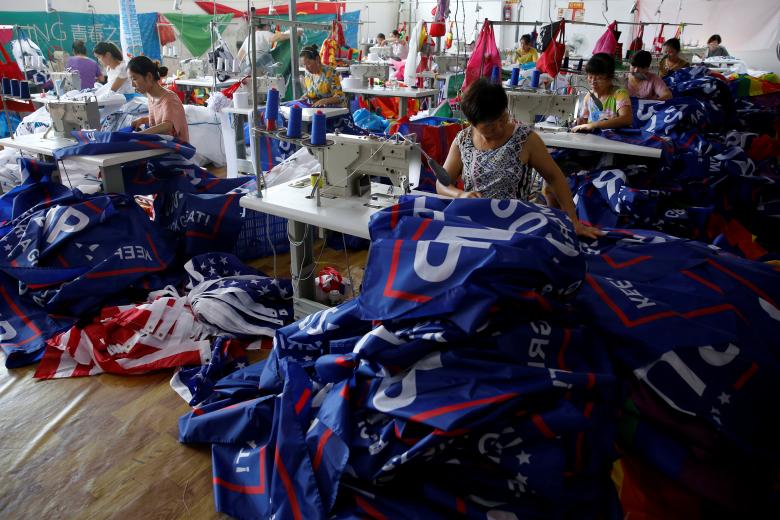 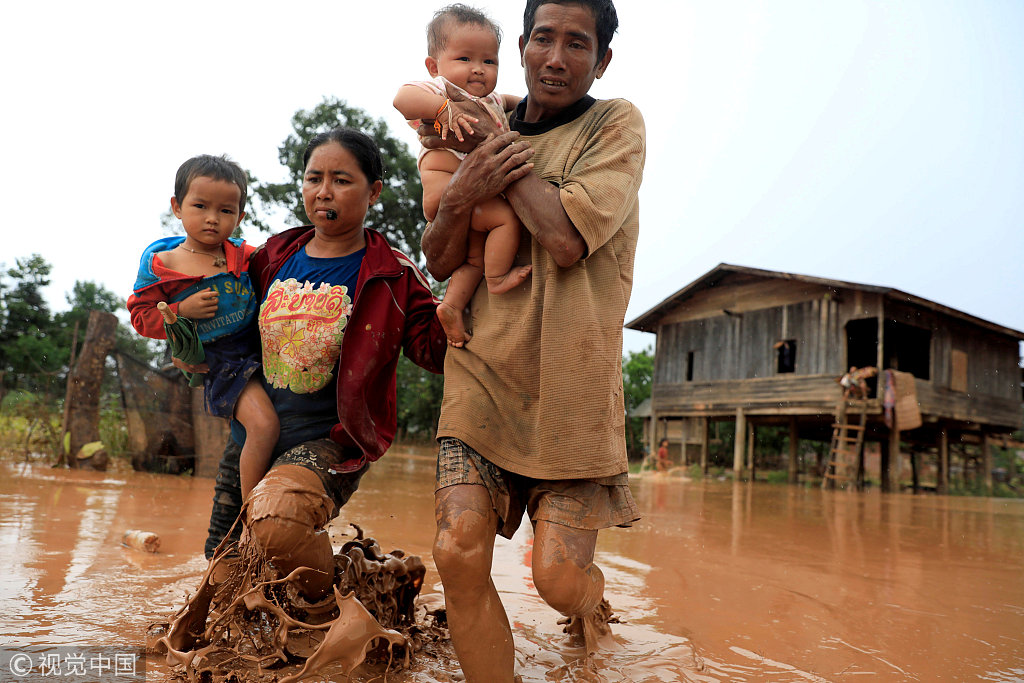 Parents carry their children as they leave their home during the flood after the Xepian-Xe Nam Noy hydropower dam collapsed in Attapeu province, Laos July 26, 2018. Photo: TPX via VCG 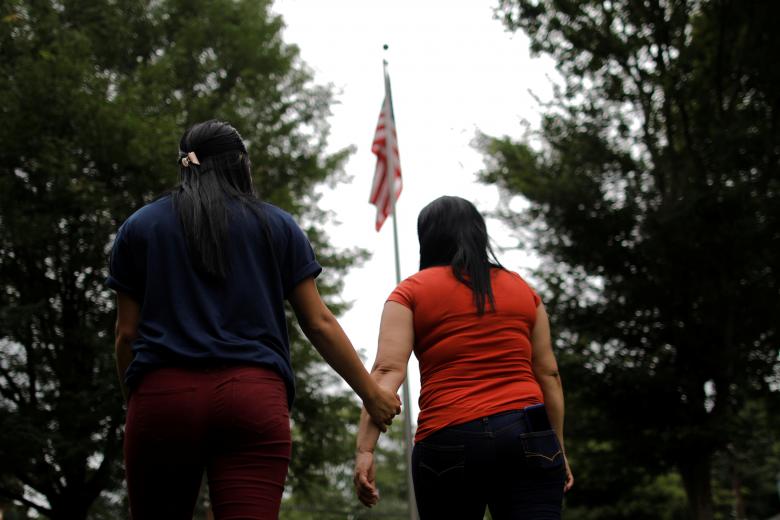 Isabela holds her 17-year-old daughter Dayana's arm as they walk in a park next to a U.S. flag, several days after being reunited following their separation at the U.S.-Mexico border. This picture was taken on July 25. Photo: Reuters. 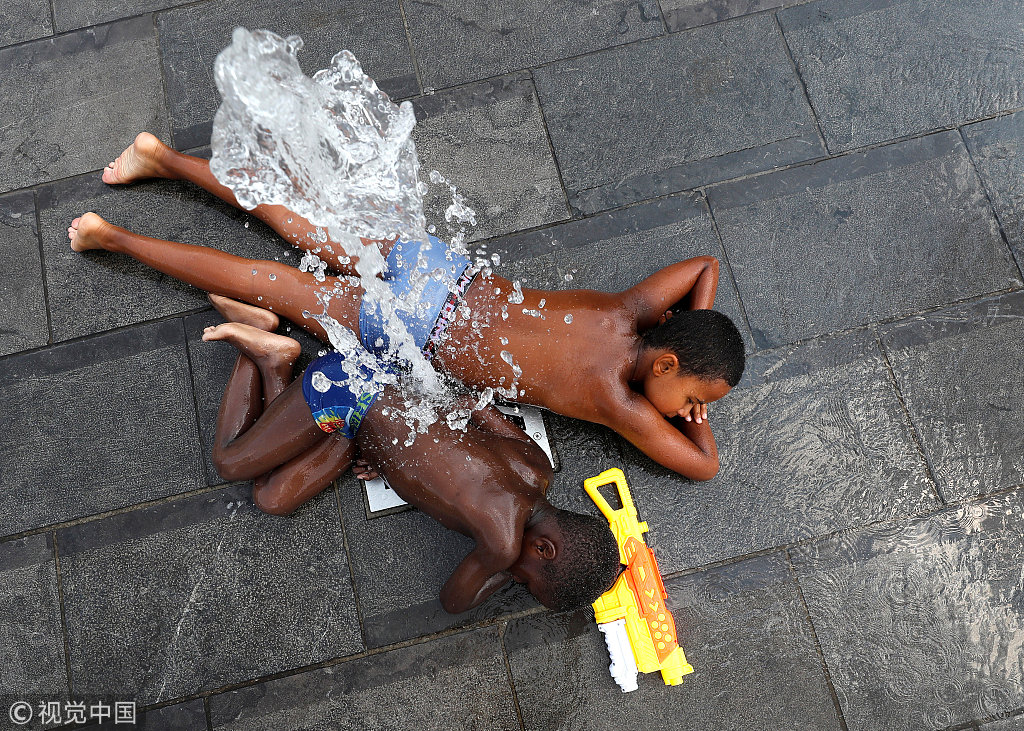 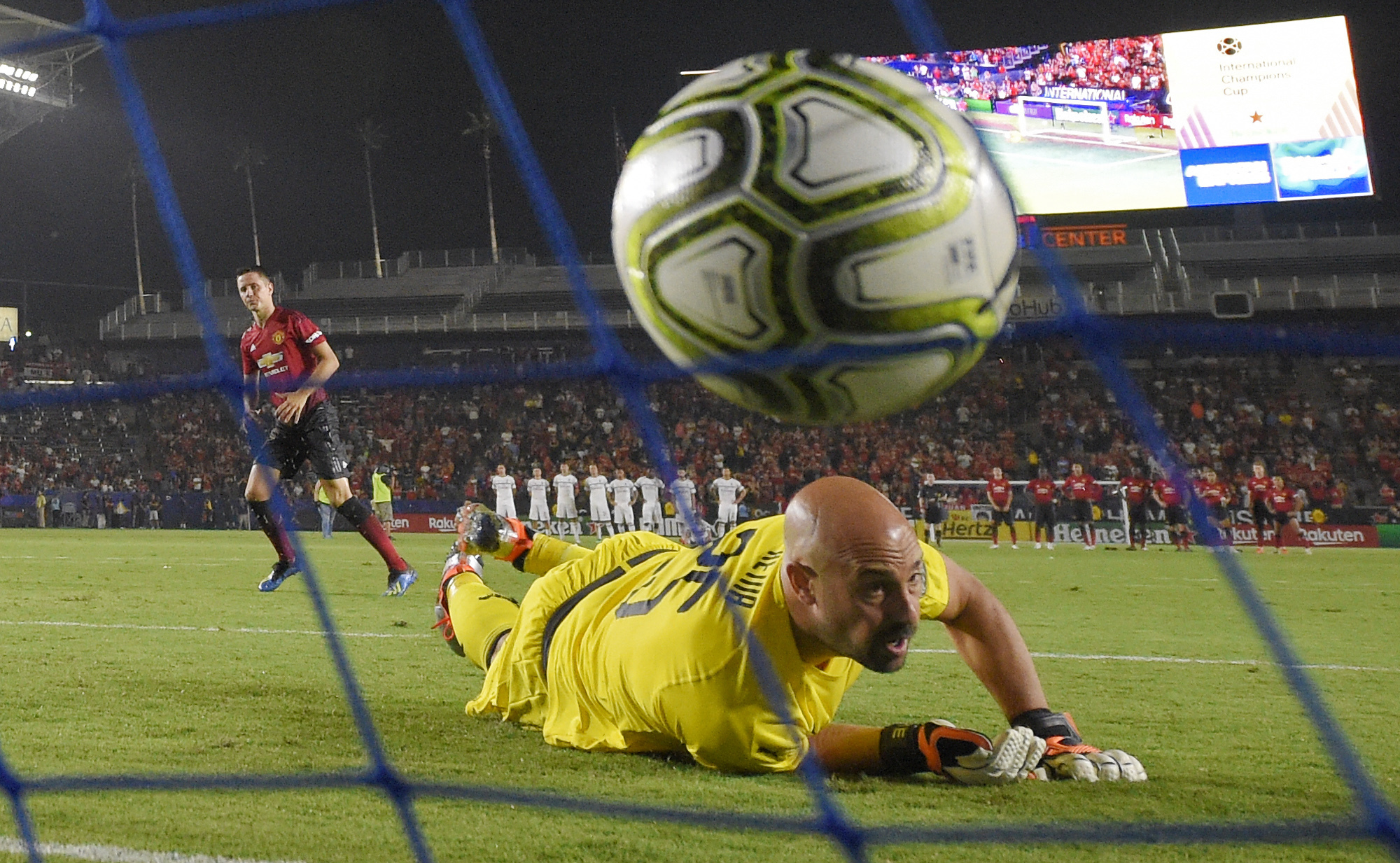 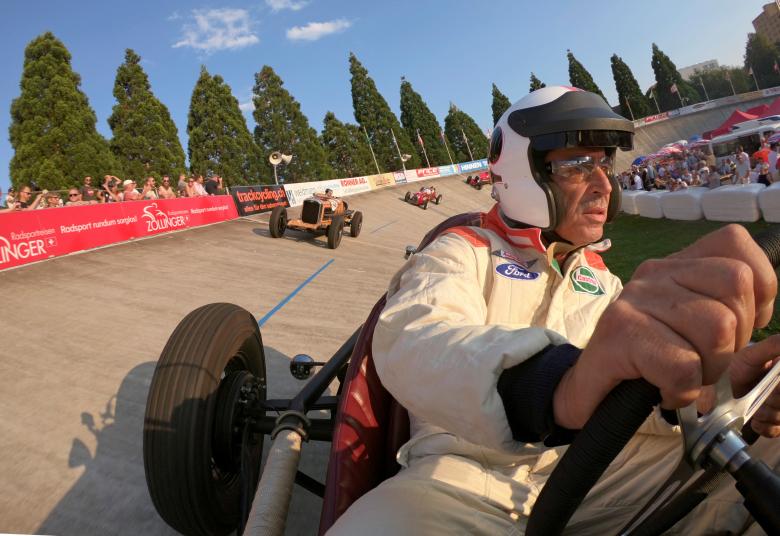 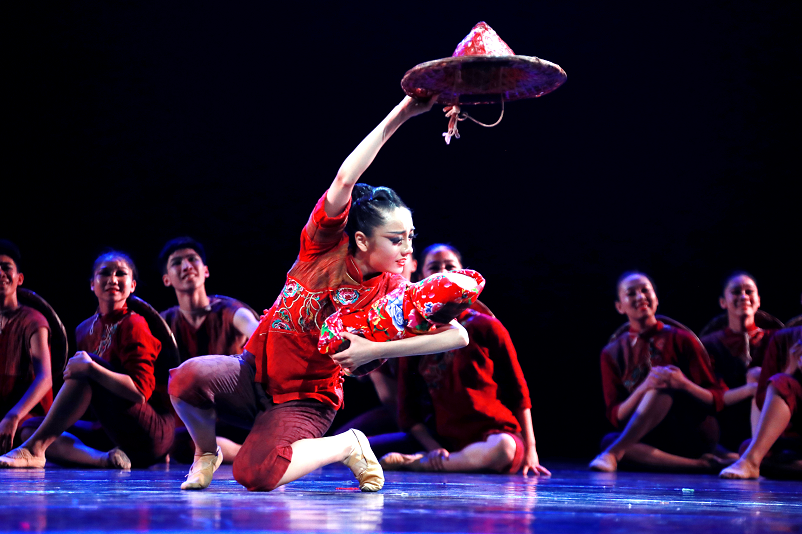 Dancers from Jiangsu Academy of Drama perform during a dance exhibition at Beijing Dancing Academy in Beijing , Capital of China, July 25, 2018. Photo: Xinhua 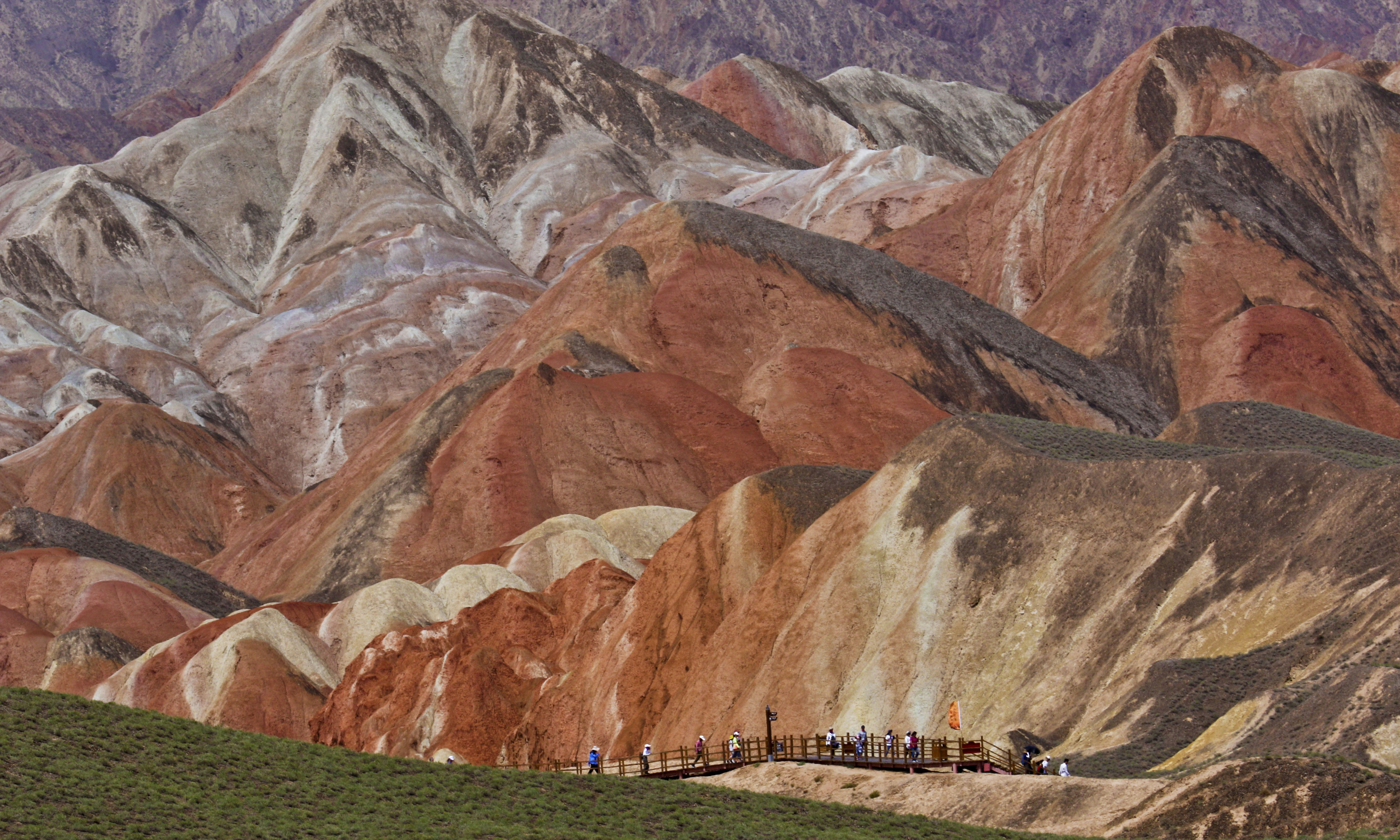