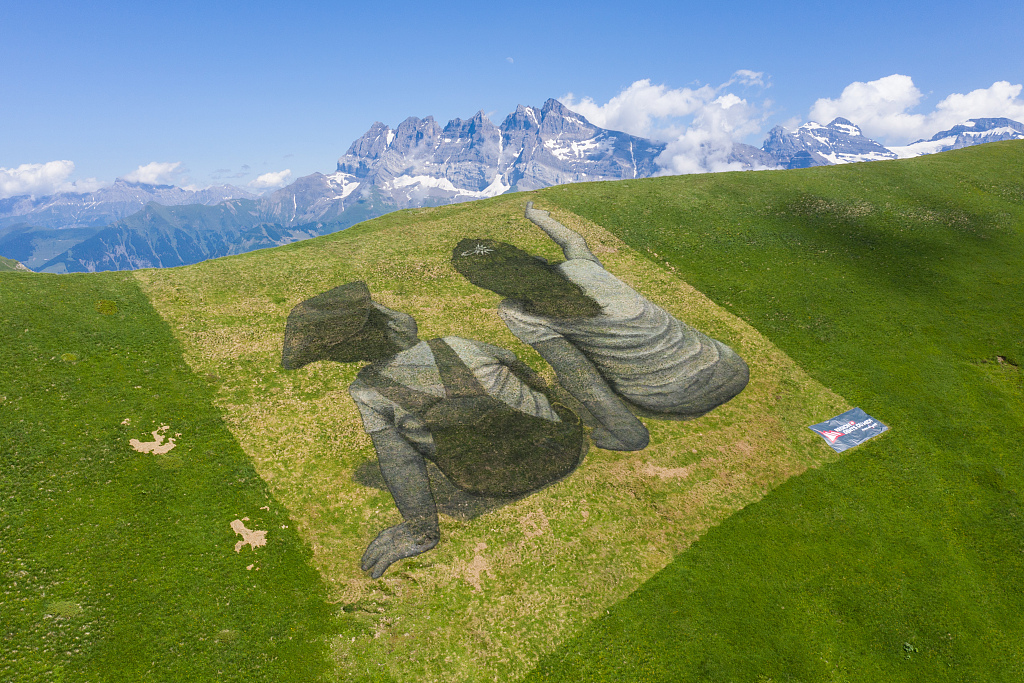 A "Land Art" fresco by artist Saype attracted people at Les Crosets, Switzerland, Wednesday. Swiss-French artist Saype created the work to straddle land art and graffiti and to appeal to people to make a contribution to the environment. (Photo: VCG) 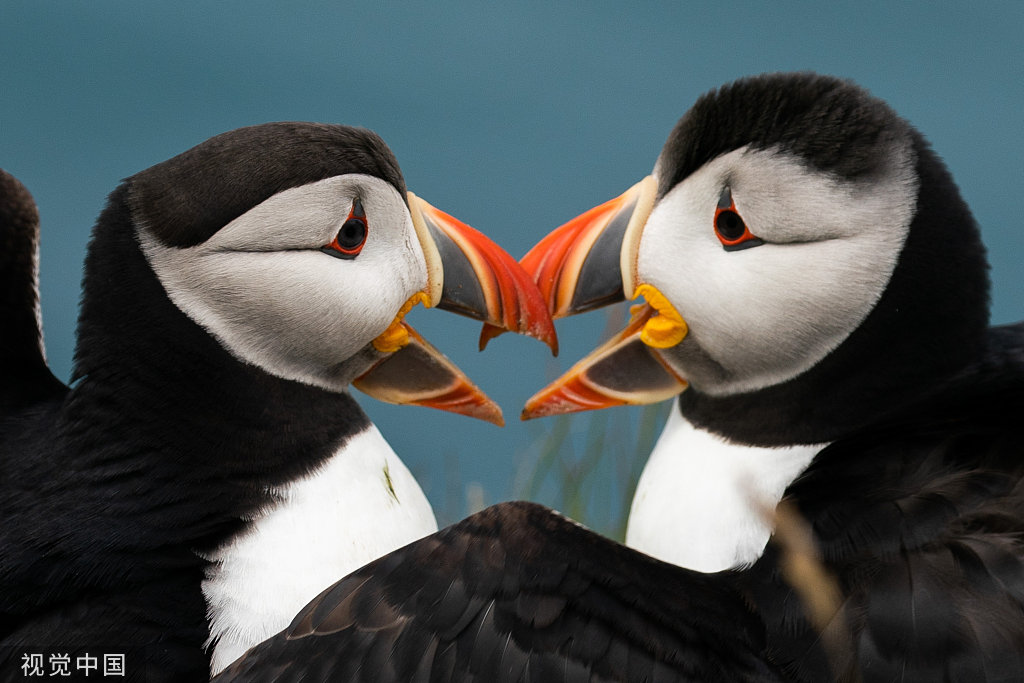 Puffins quarrel at Hermaness National Nature Reserve on Unst, Shetland Islands, Britain on Tuesday. The puffins nest in burrows (which they usually dig with their sharp claws) amongst boulder scree and also in cracks in cliffs. (Photo: VCG) 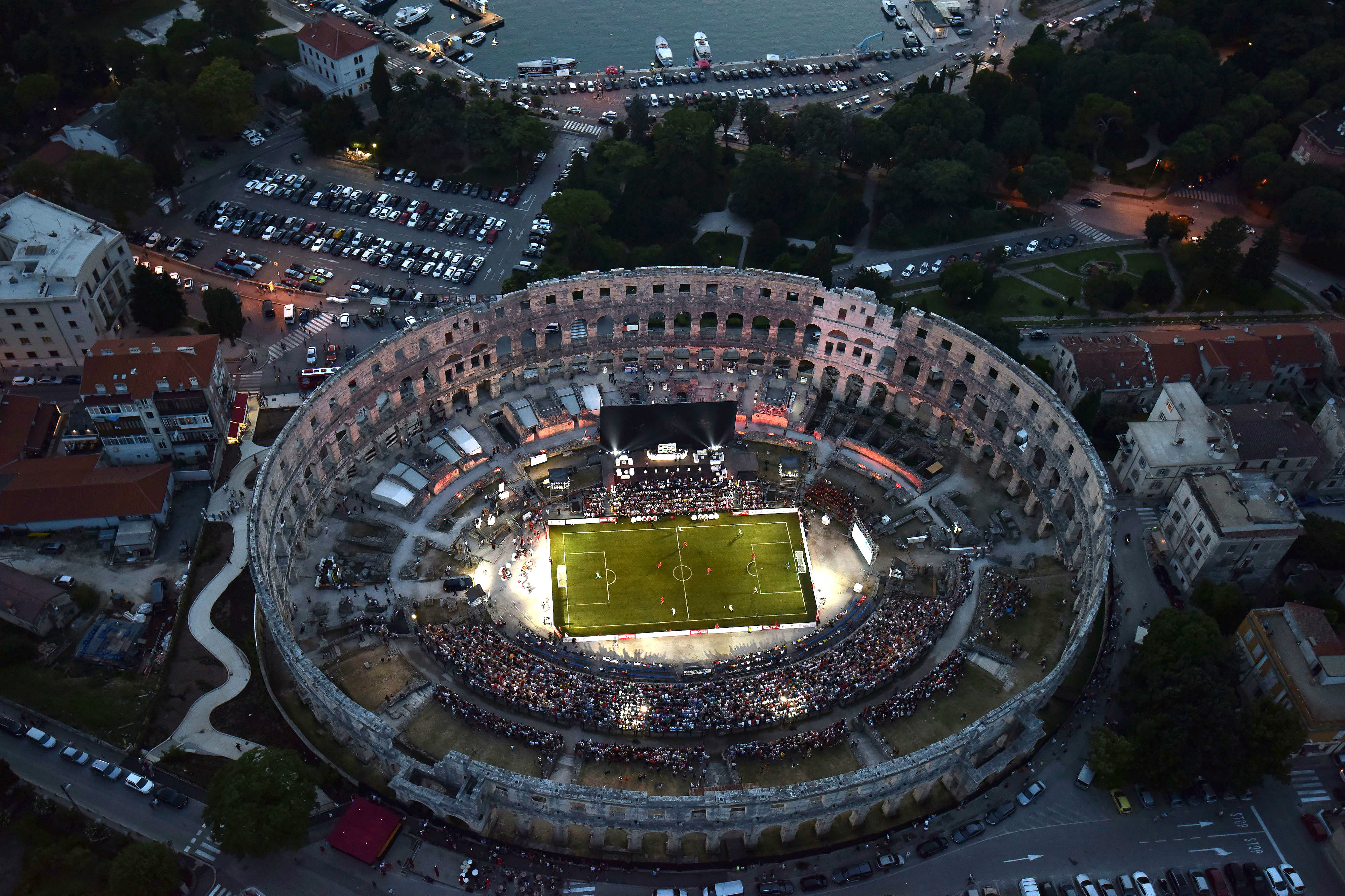 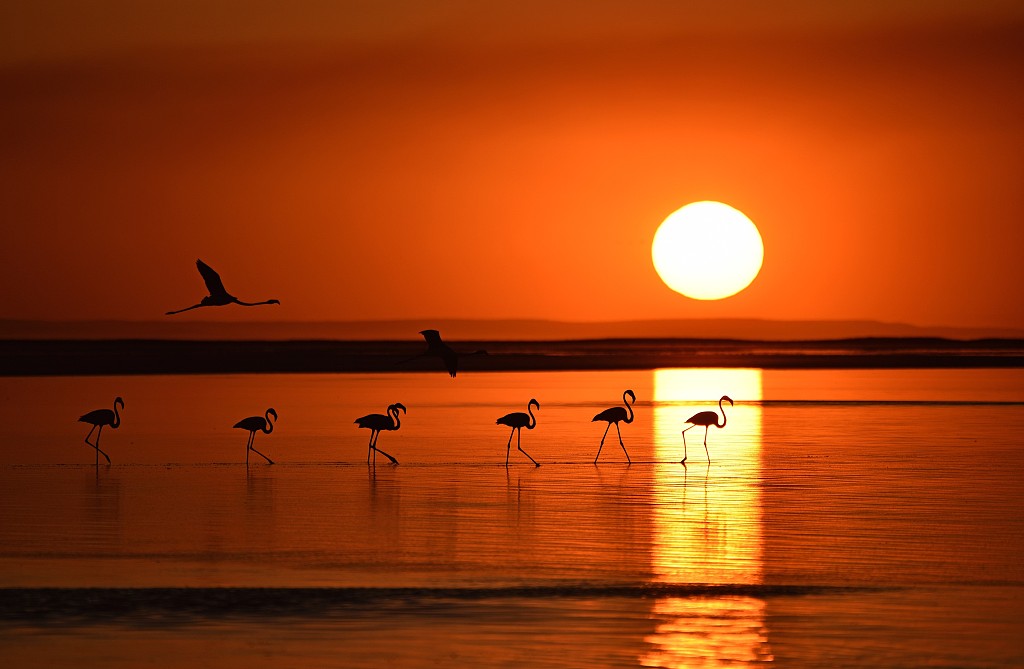 Flamingos at the Lake Tuz, one of the most important centers for the birds to incubate, as the sun sets in Konya province of Turkey on Friday. (Photo: VCG) 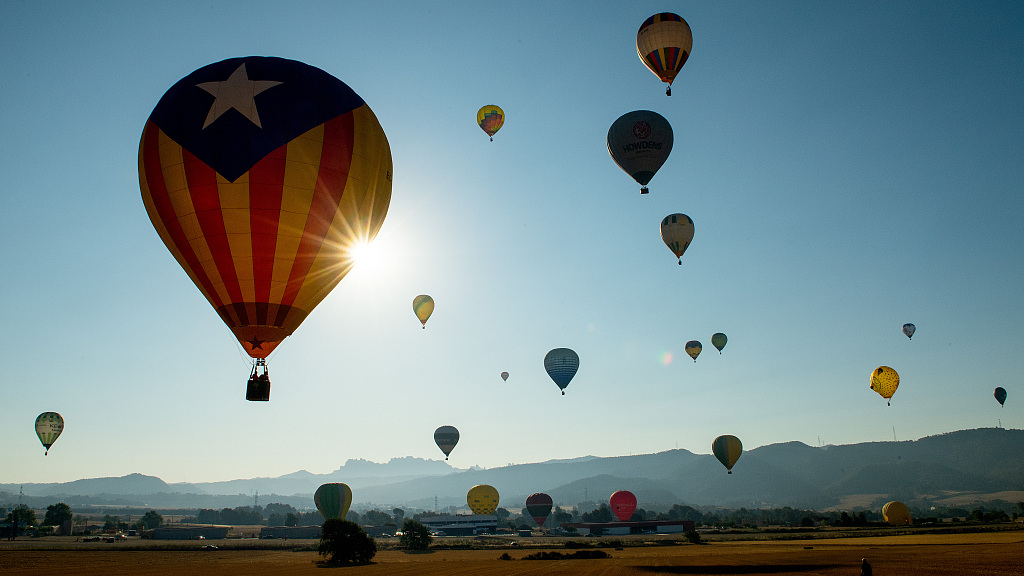 More than 60 hot air balloons in various shapes and sizes flew over the city of Lgualada as the European Balloon Festival kicked off on Thursday in Barcelona, Spain. (Photo: VCG) 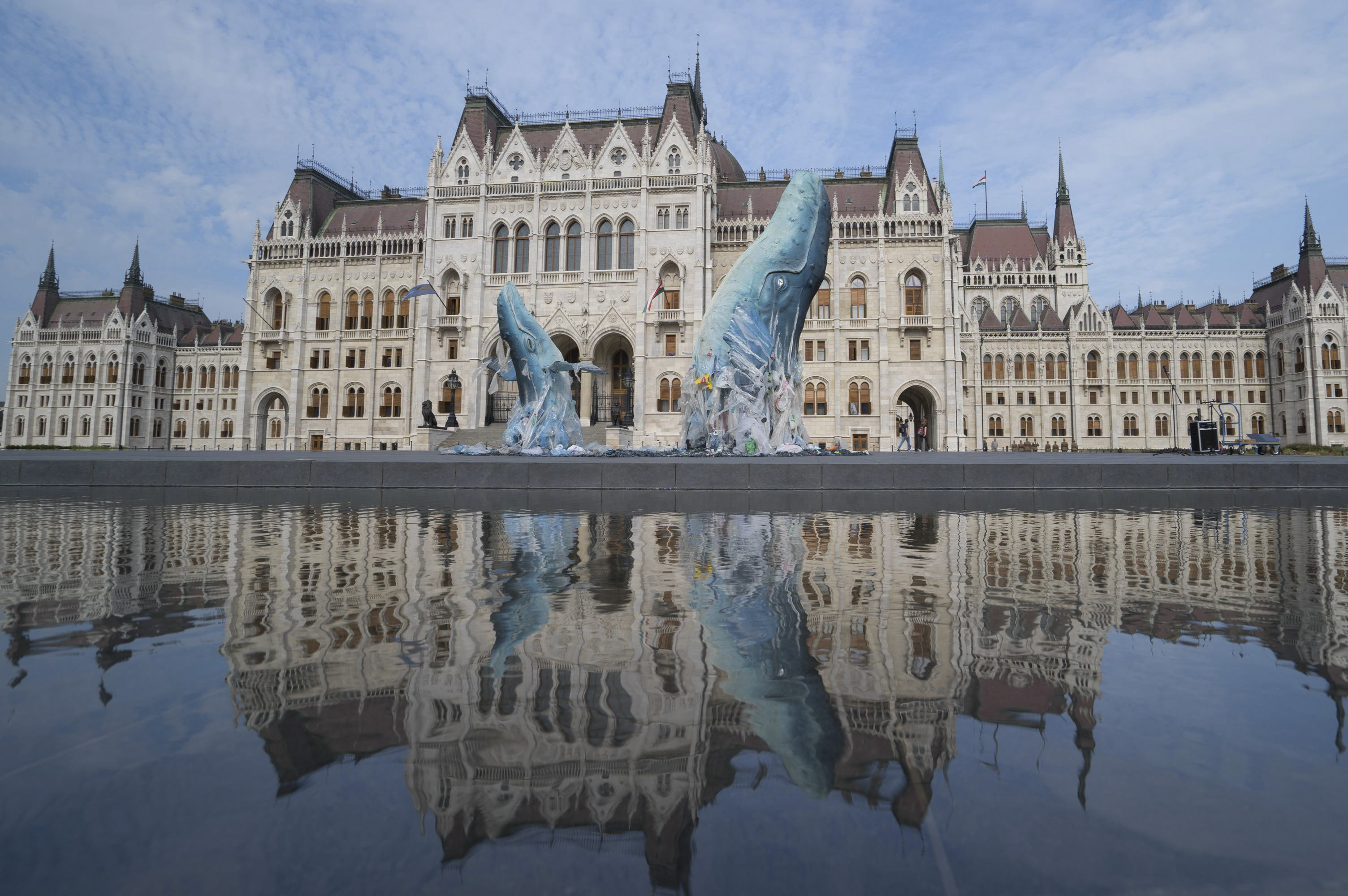 Whale sculptures swimming in plastic trash put on display to raise awareness of the threat posed by disposable plastic packaging or polluted water causing harm to animals in front of the Hungarian Parliament in Budapest, on July 9, 2019. (Photo: Xinhua) 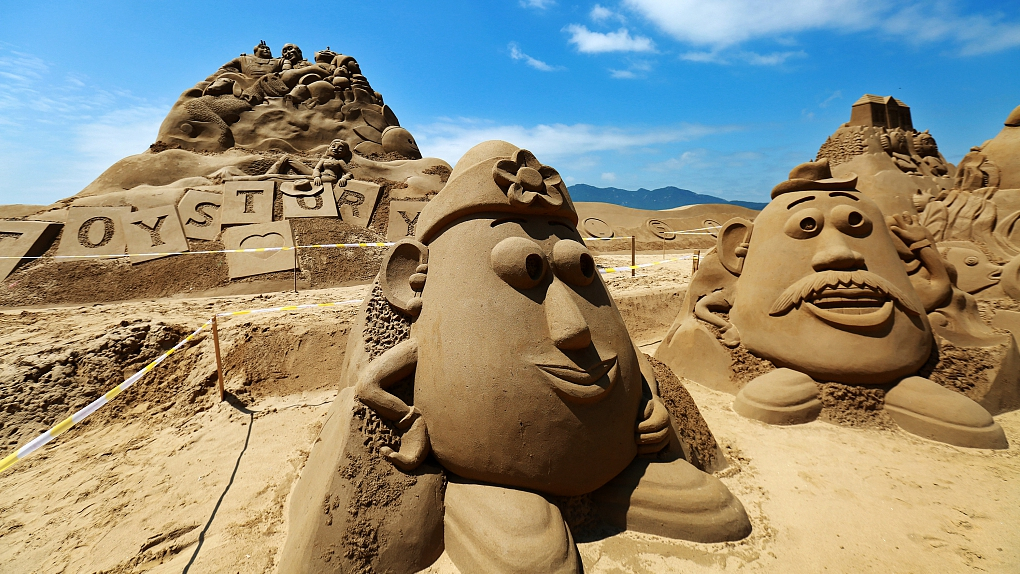 The 21st Zhoushan International Sand Sculpture Festival was held in Zhoushan City, east China's Zhejiang Province, on Monday. A total of 30 carvers from seven countries and regions including China, Russia, Spain and Canada are expected to build more than 50 giant sand sculptures in 15 days. (Photo: VCG) 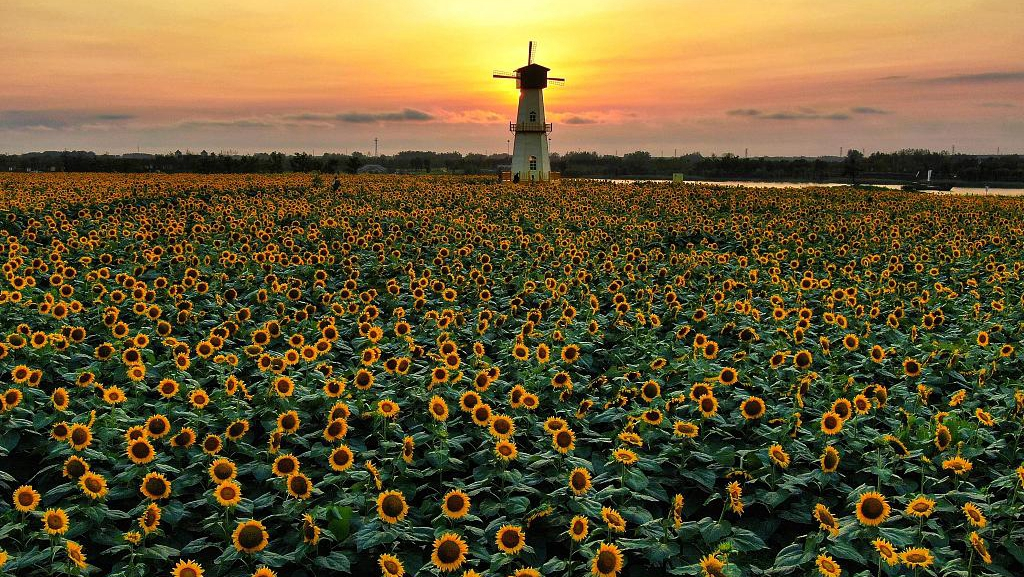 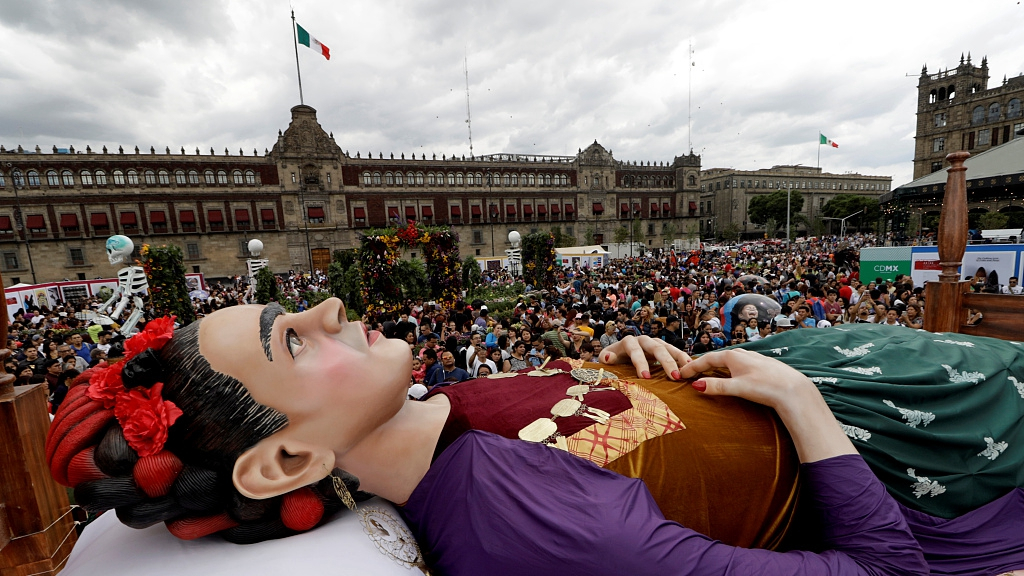 People dressed as Frida Kahlo gathered in Coyoacan, south of Mexico City, to celebrate the 112th birthday of the painter on Saturday. (Photo: VCG) 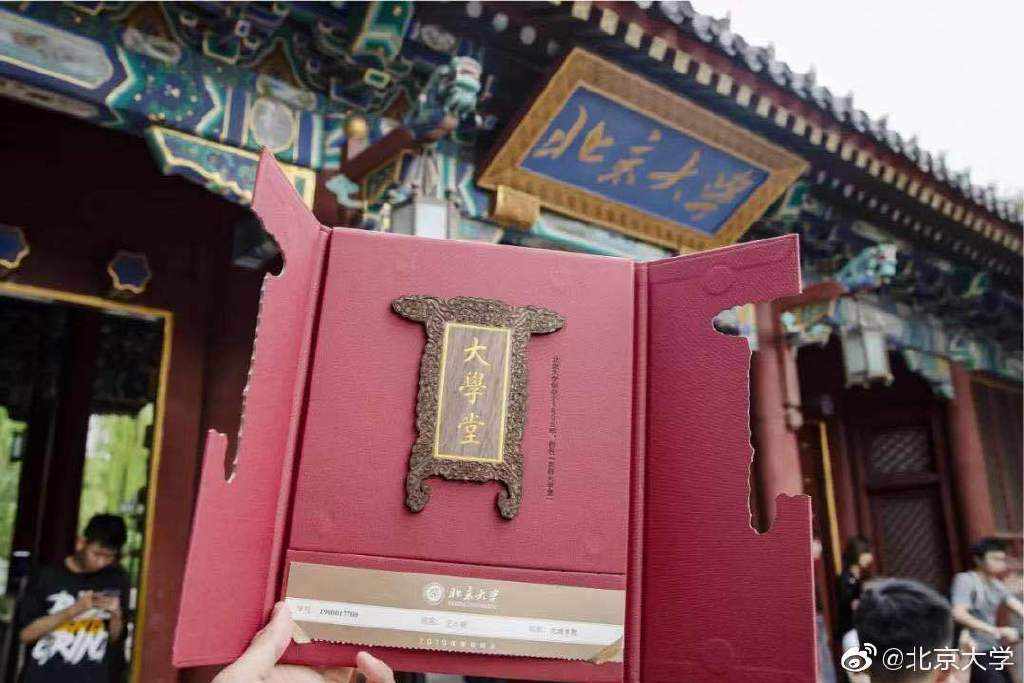 Starting Tuesday, some 3,800 Peking University undergraduate admission notices will be sent to homes across the country. The university designed a new version of its three-dimensional acceptance letter, with the University Hall plaque saying, “the school gate is open to the North." (Photo: People's Daily)