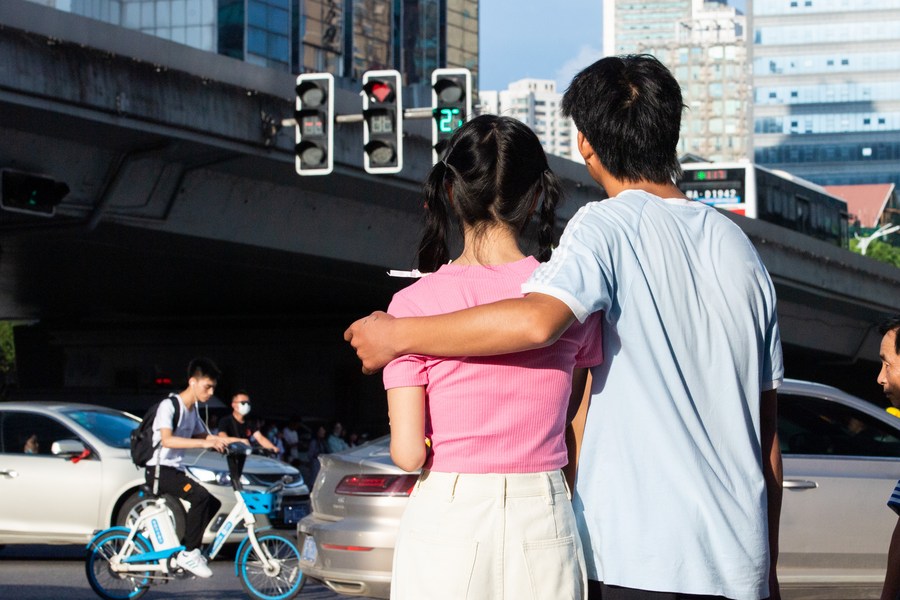 A couple watch the heart-shaped traffic light at a commercial street in Changsha, central China's Hunan Province on Tuesday. The traffic police in Changsha temporarily changed the traffic lights into the shape of hearts along a bustling commercial street in the city, promoting traditional Chinese culture while asking the public to abide by traffic rules on Qixi Festival, believed by some as the Chinese Valentine's Day.  (Photo: Xinhua) 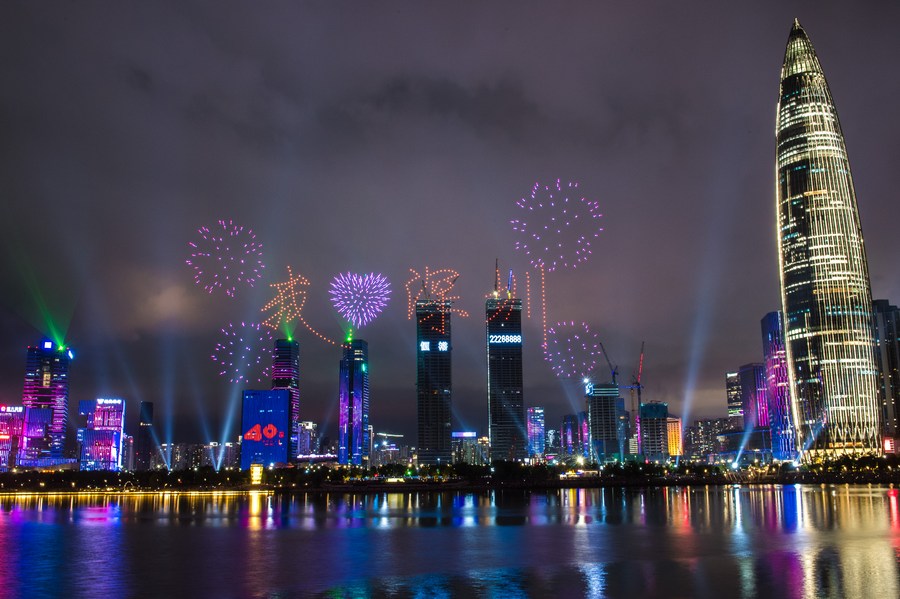 Photo taken on Wednesday shows a light show in Shenzhen, South China's Guangdong Province. A light show performed with 826 drones combined with city lights started at 08:26 pm local time on Aug. 26 in Shenzhen to celebrate the 40th anniversary of the establishment of the Shenzhen Special Economic Zone (SEZ).  (Photo: Xinhua) 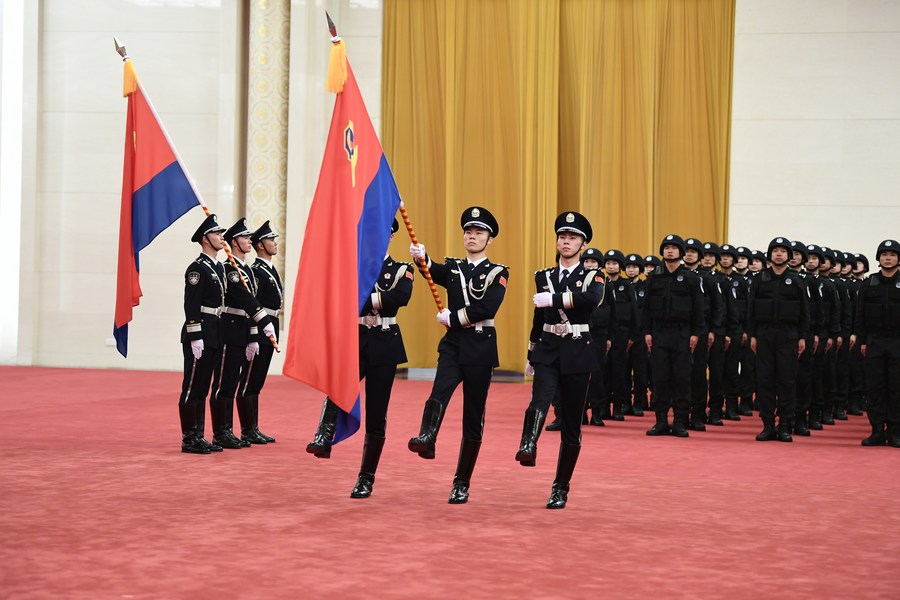 The honor guard march with the police flag during a ceremony to confer the police flag on China's police force at the Great Hall of the People in Beijing, capital of China on Wednesday.  (Photo: Xinhua) 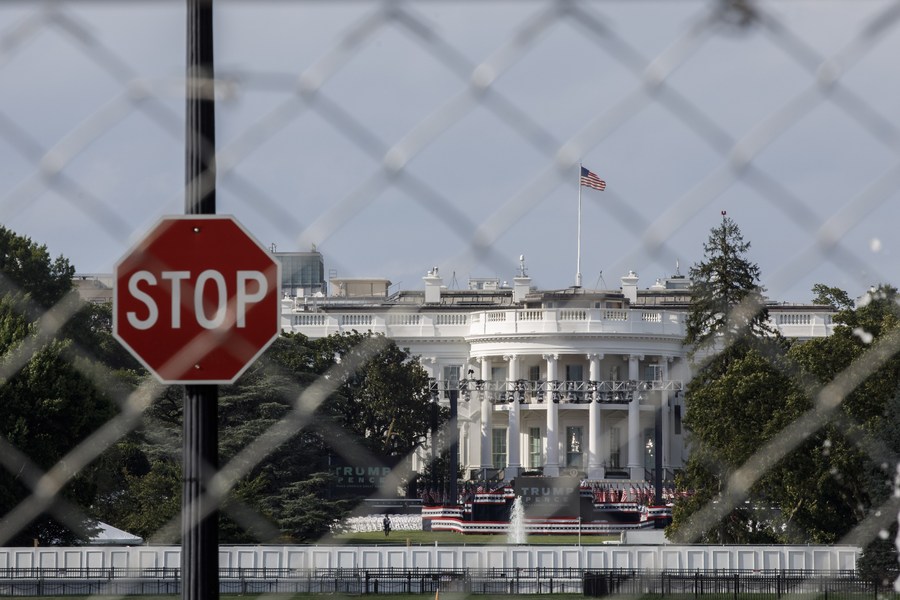 Security fences are set up outside the White House as US President Donald Trump plans to deliver his Republican National Convention (RNC) acceptance speech at the White House, in Washington, D.C., the United States, on Thursday. (Photo: Xinhua) 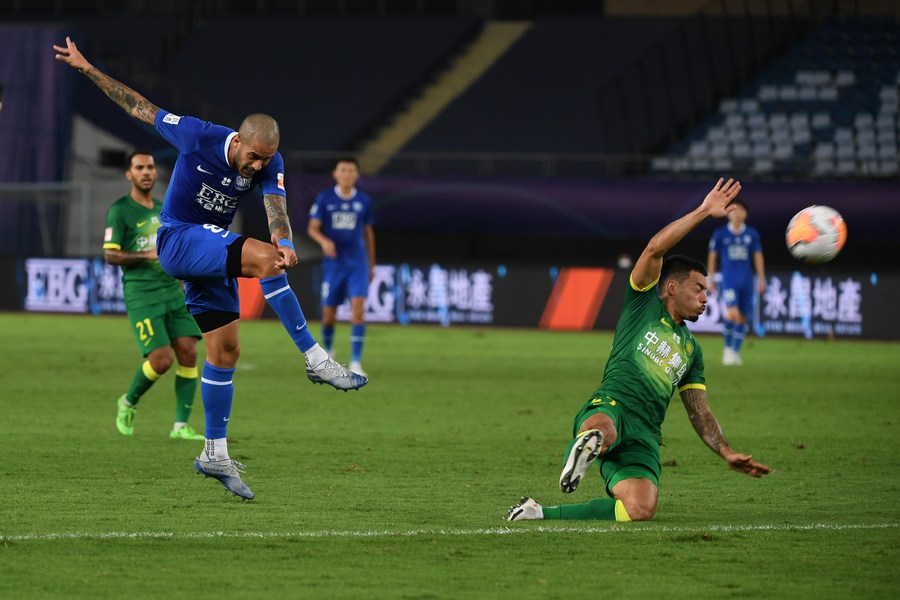 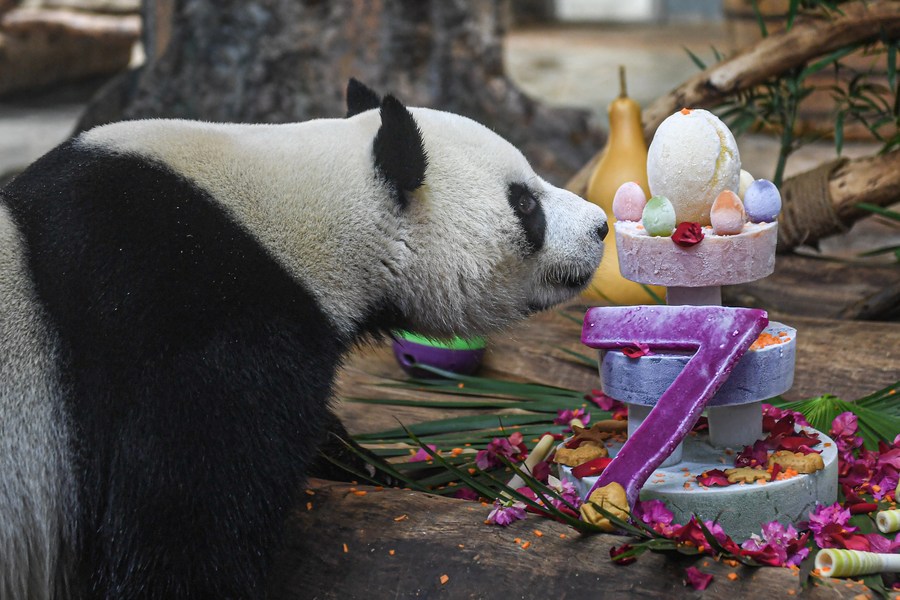 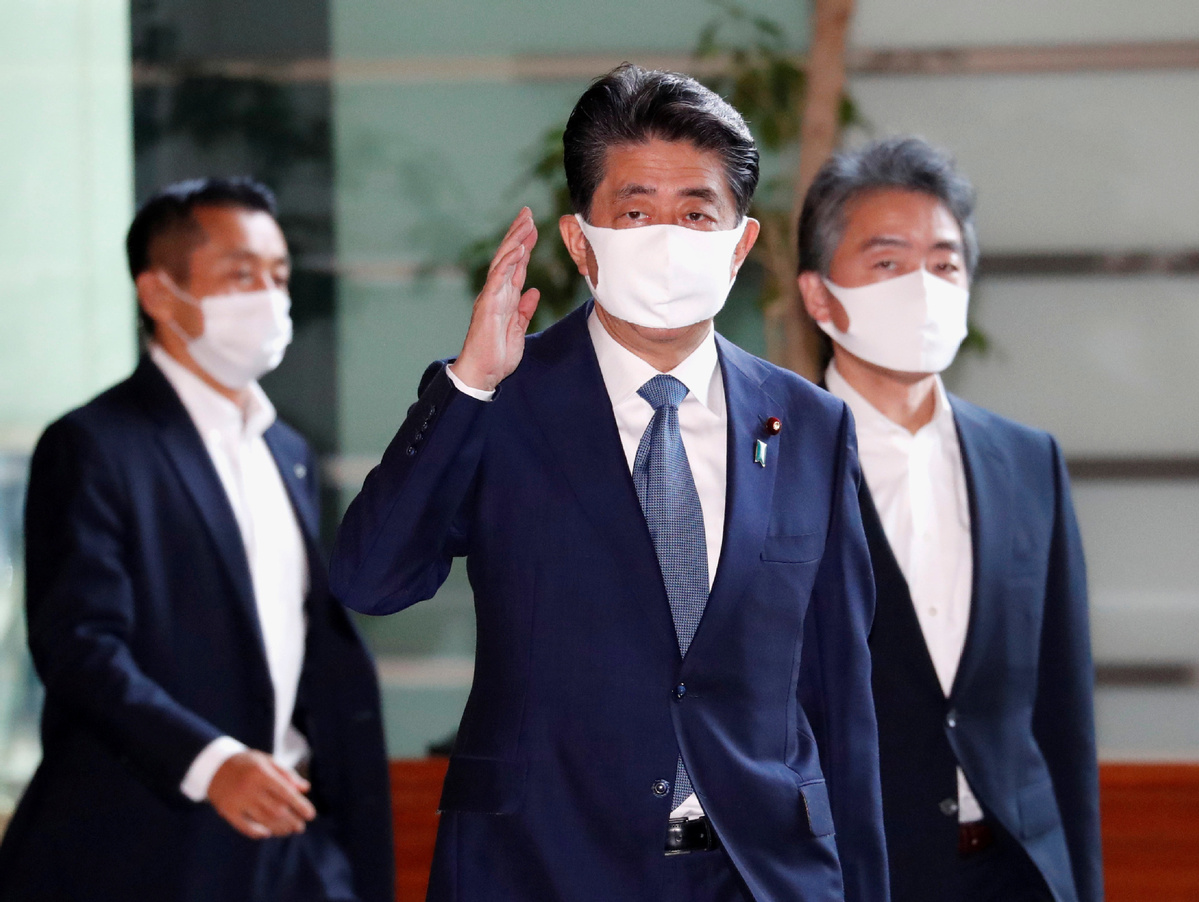 Photo taken on Friday shows Japan's Prime Minister Shinzo Abe wearing a protective face mask arrives at his official residence. He has said at a press conference that he will step down from his post due to health concerns. (Photo: Agencies) 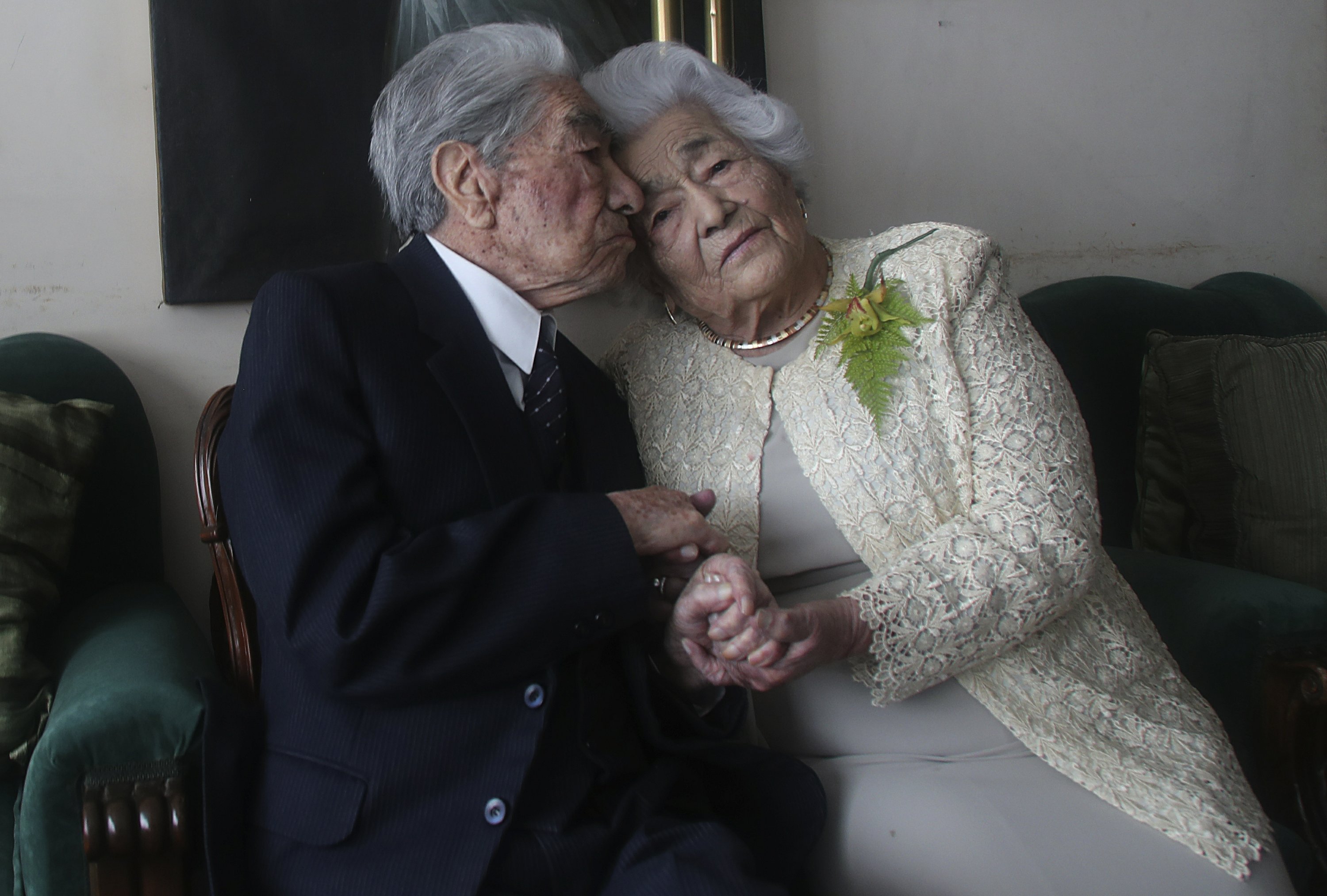 Married couple Julio Mora Tapia, 110, and Waldramina Quinteros, 104, both retired teachers, pose for a photo at their home in Quito, Ecuador, on Friday. (Photo: AP) 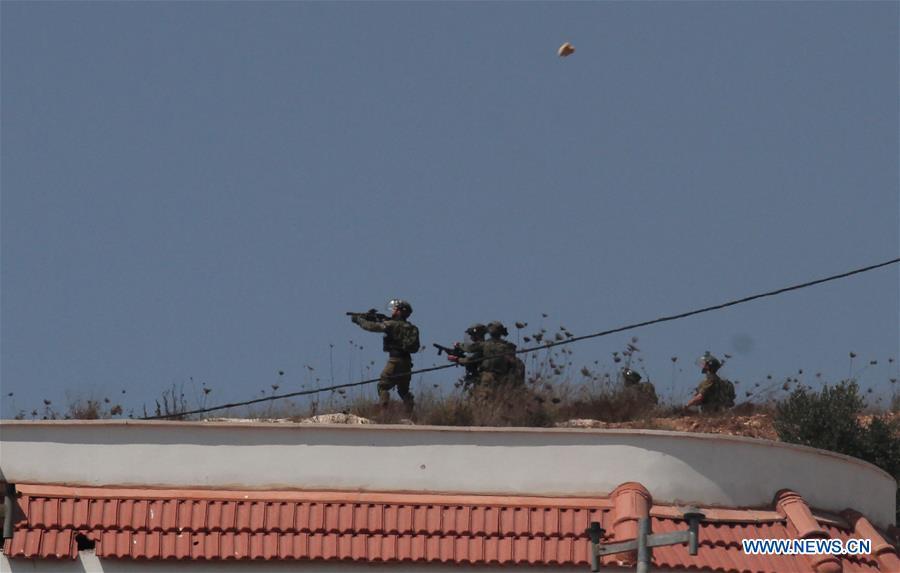 Israeli soldiers aim their weapons at Palestinian protesters during clashes after a protest against the expansion of Jewish settlements in Kufr Qadoom village near the West Bank city of Nablus, on Friday. (Photo: Xinhua) 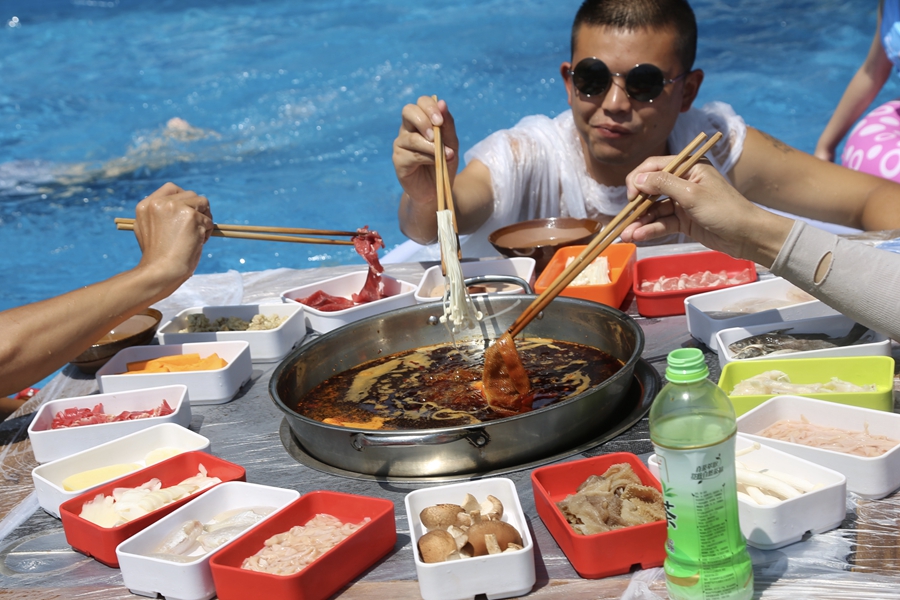 Tourists enjoy spicy hotpot while sitting in a bucket of ice in the water amid the sizzling summer at Fuling Meixing Wine Town, a scenic spot in Chongqing on Friday, Aug 28, 2020. (Photo: China Daily)