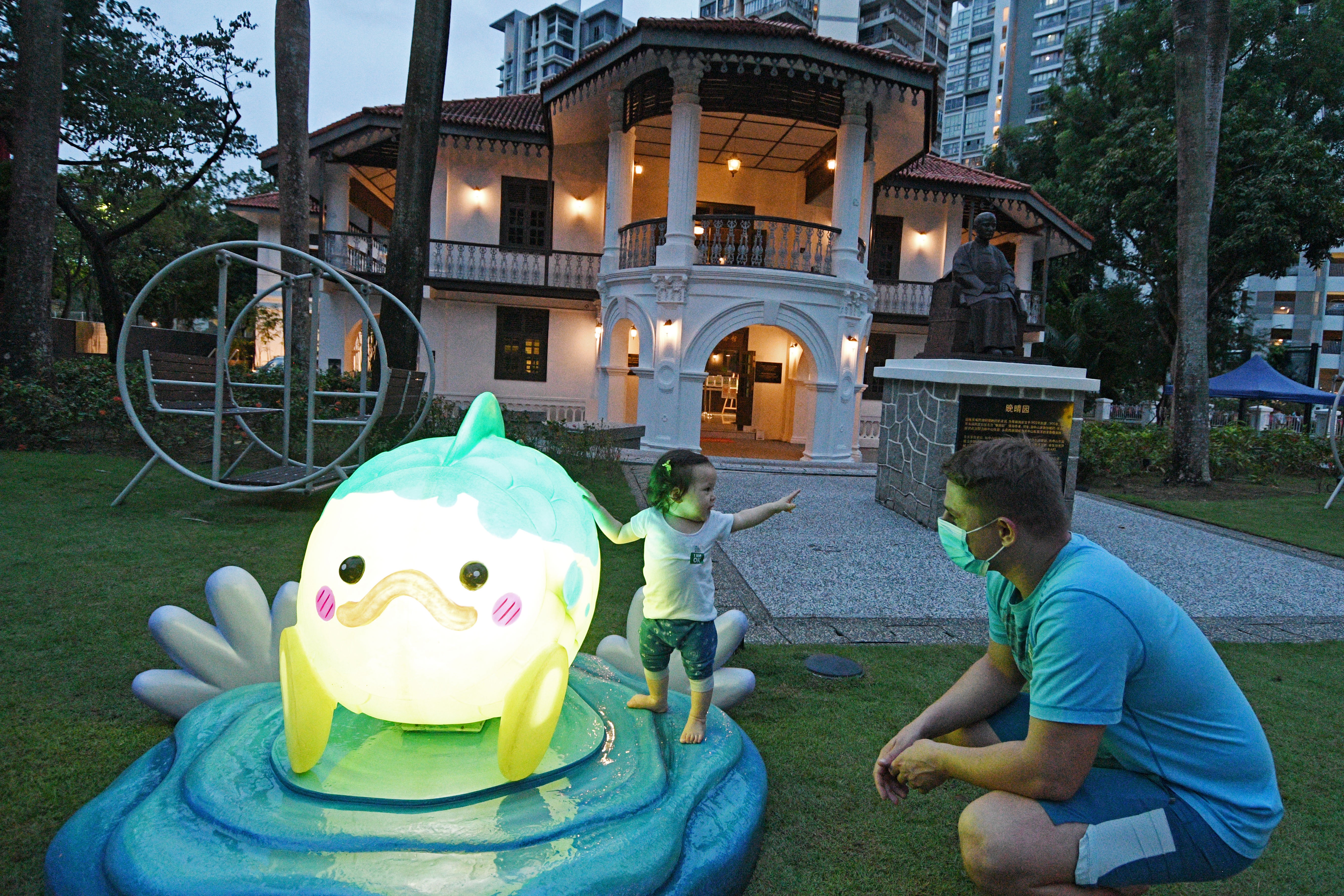 A child touches a lantern installation during celebrations for the upcoming Mid-Autumn Festival in Singapore, on Monday. (Photos: Xinhua) 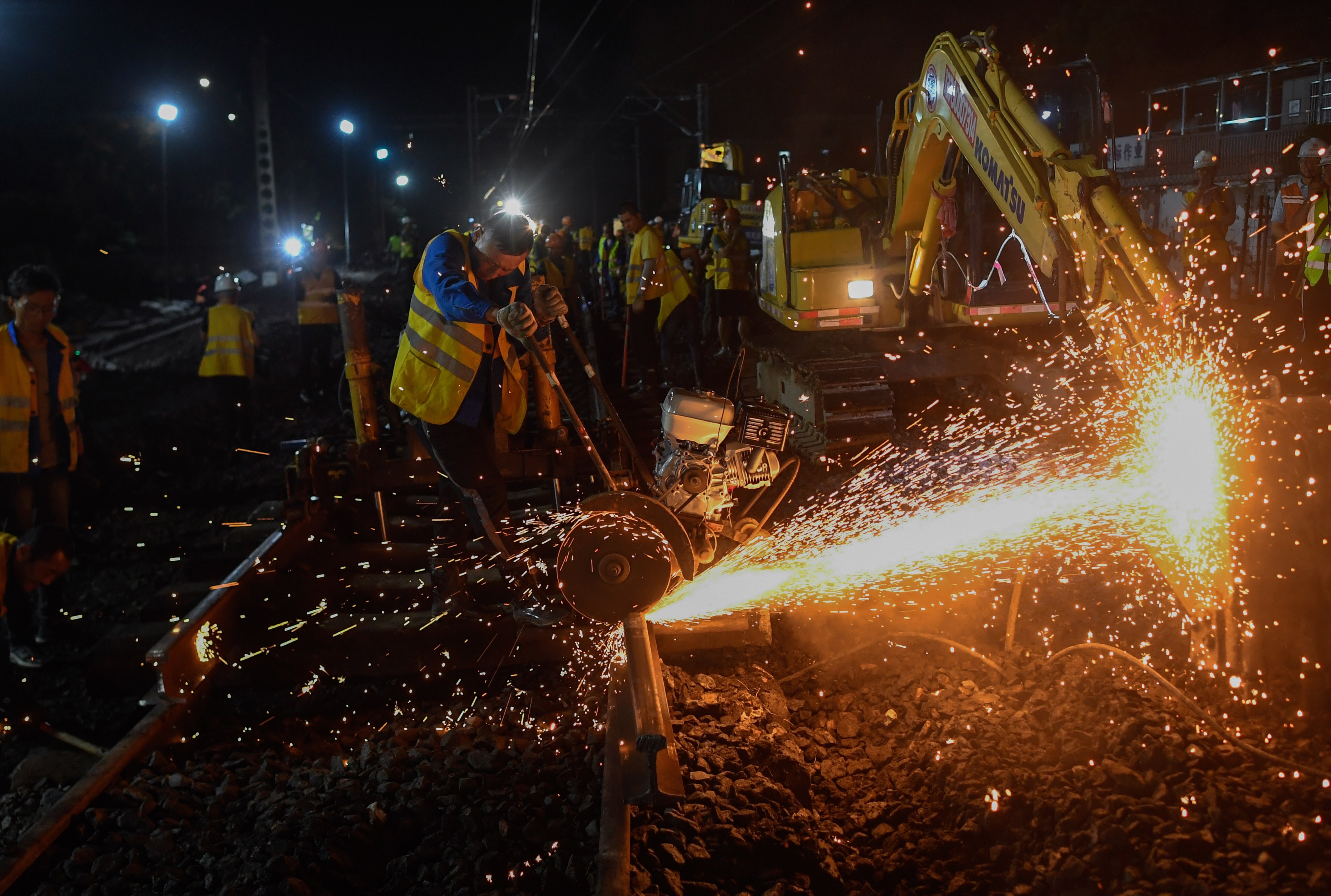 Construction workers labor at the site of the renovation of Jiaxing Railway Station in Jiaxing, East China's Zhejiang Province, on Tuesday. 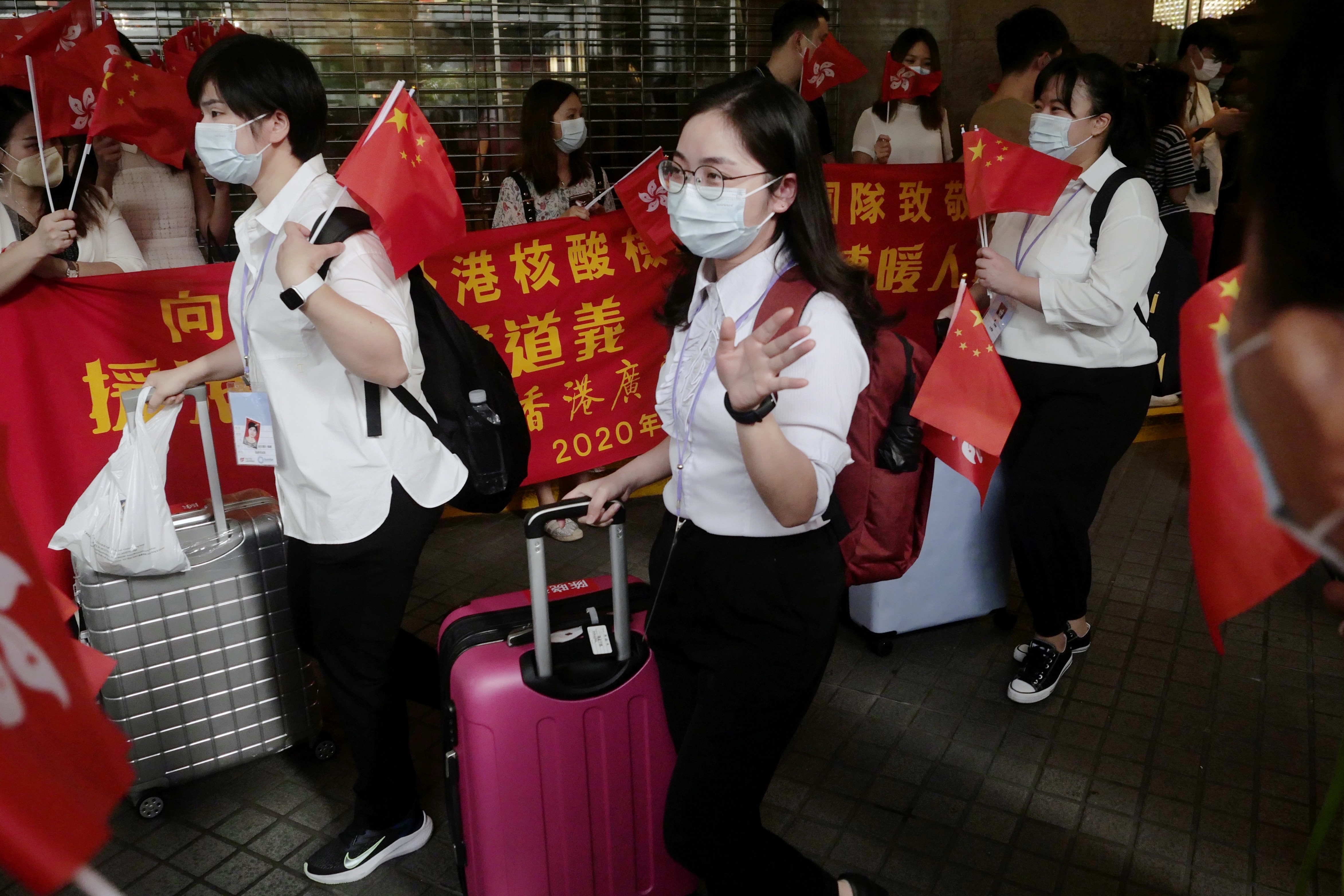 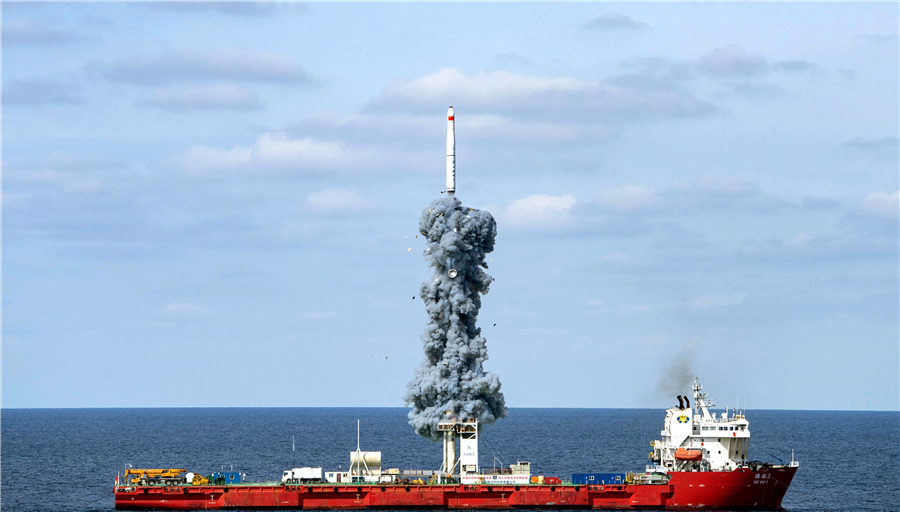 A Long March 11-HY2 carrier rocket blasts off from the Yellow Sea on Tuesday, sending nine satellites into orbit.

Israel re-imposes a nationwide closure with the exception of Ben Gurion International Airport. Passengers wearing face masks are seen at the departure hall of the airport near Tel Aviv, Israel, on Thursday. 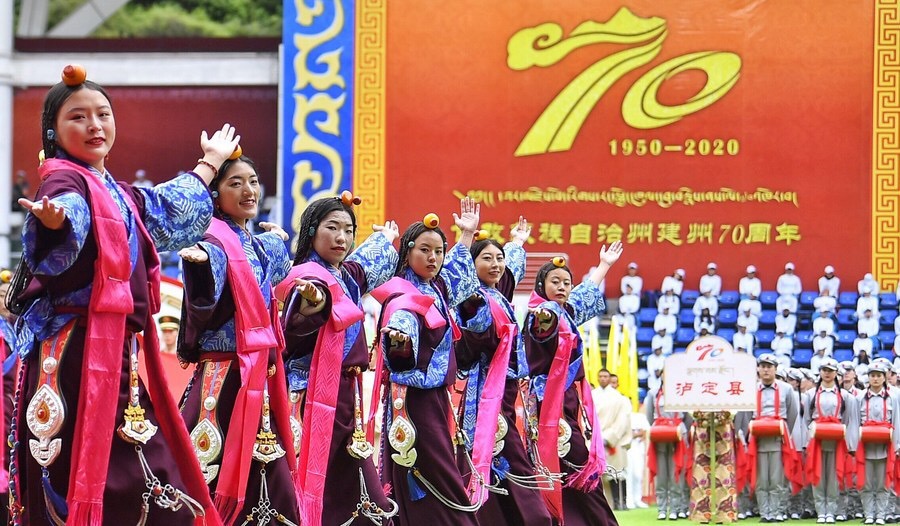 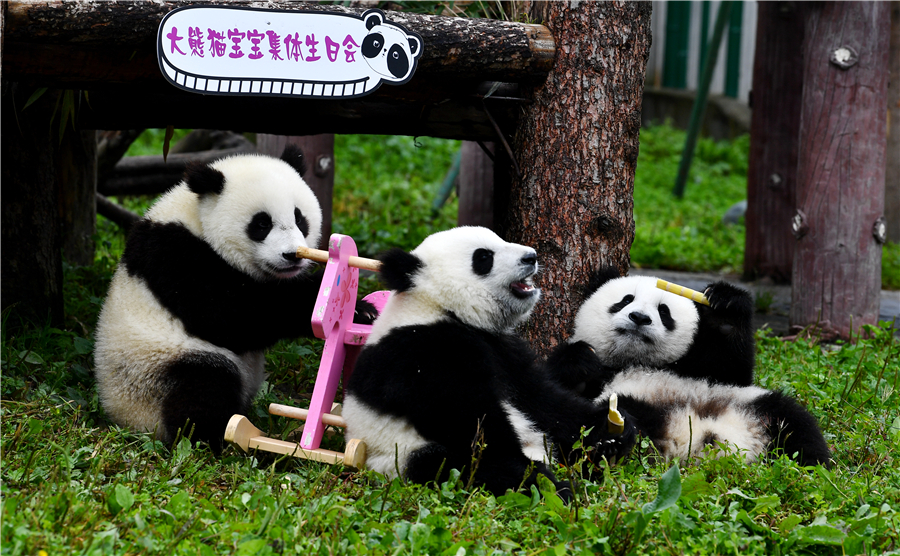 Giant pandas celebrate their first birthday at Shenshuping base of the China Conservation and Research Center for the Giant Panda in Sichuan Province on Wednesday. 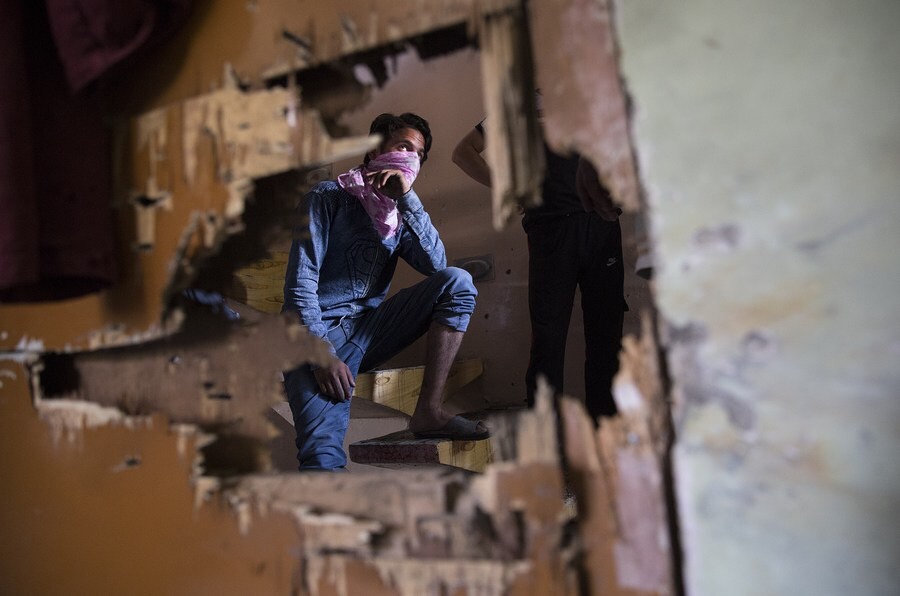 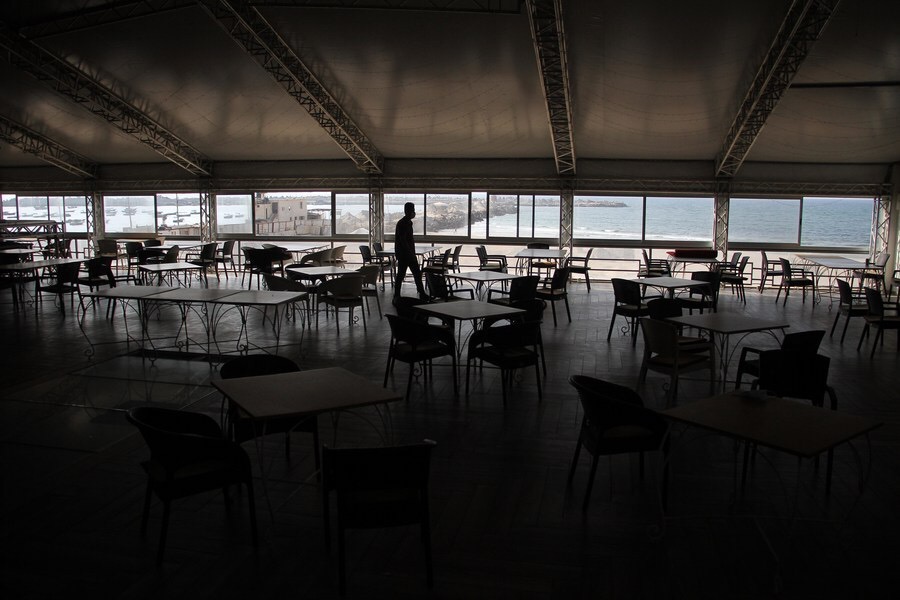 A Palestinian worker is seen inside an empty cafe in Gaza City, on Thursday, 2020. More than 500 tourist establishments, including hotels, restaurants, wedding halls and cafes, have closed in Gaza after the government imposed an coronavirus lockdown, leading to the temporary unemployment of more than 7,000 workers. 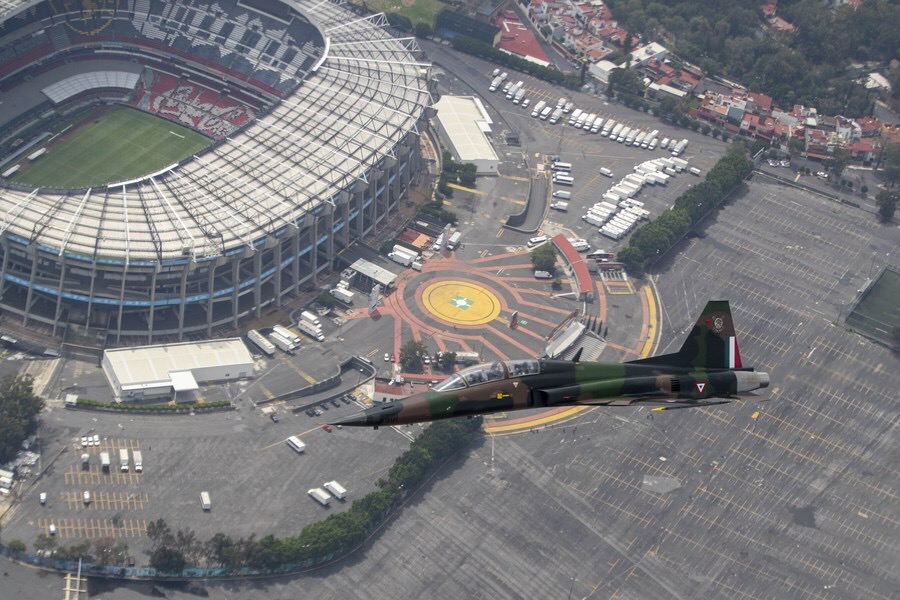 A plane of the Mexican Air Force flies during a military parade held to commemorate Mexico's Independence Day in Mexico City, capital of Mexico, on Wednesday.