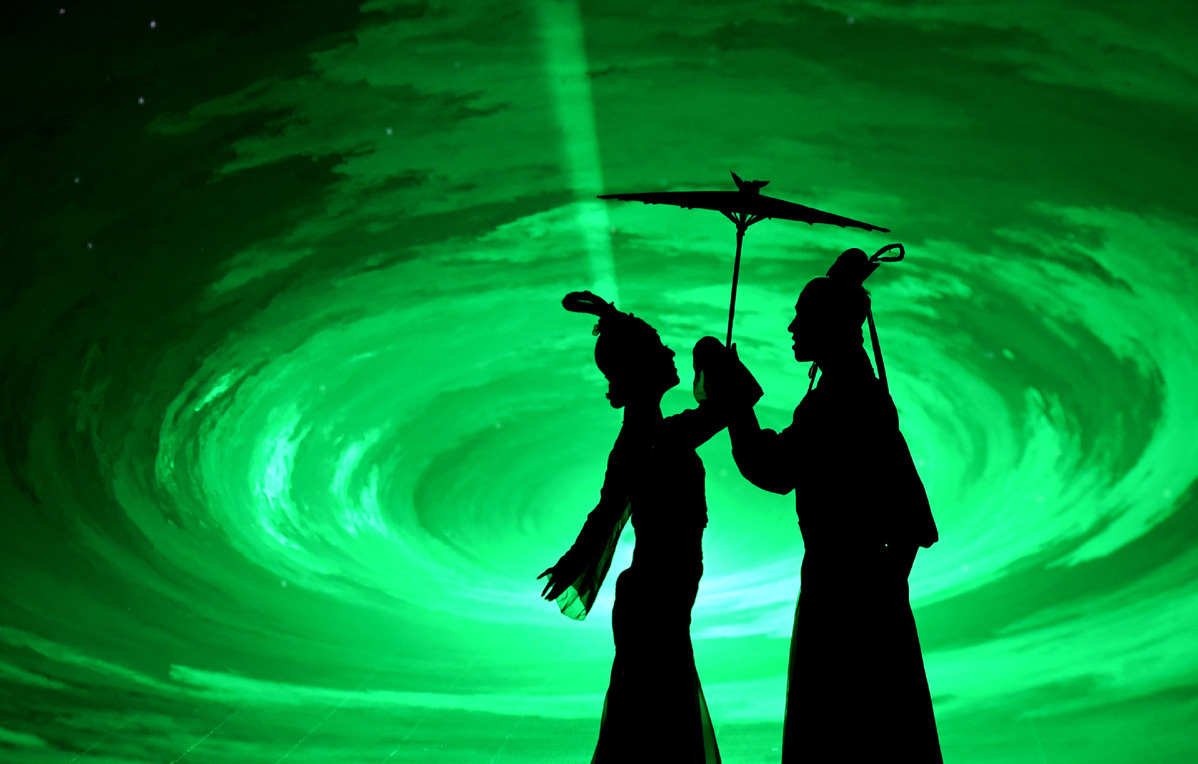 Silhouetted against a swirl of mesmerizing light, an actor and an actress perform in a show about the culture related to the Huangdi era of the Yellow Emperor, father of the Huaxia ethnicity in ancient China, in Xinzheng City, Central China's Henan Province, on Monday. (Photo: Xinhua) 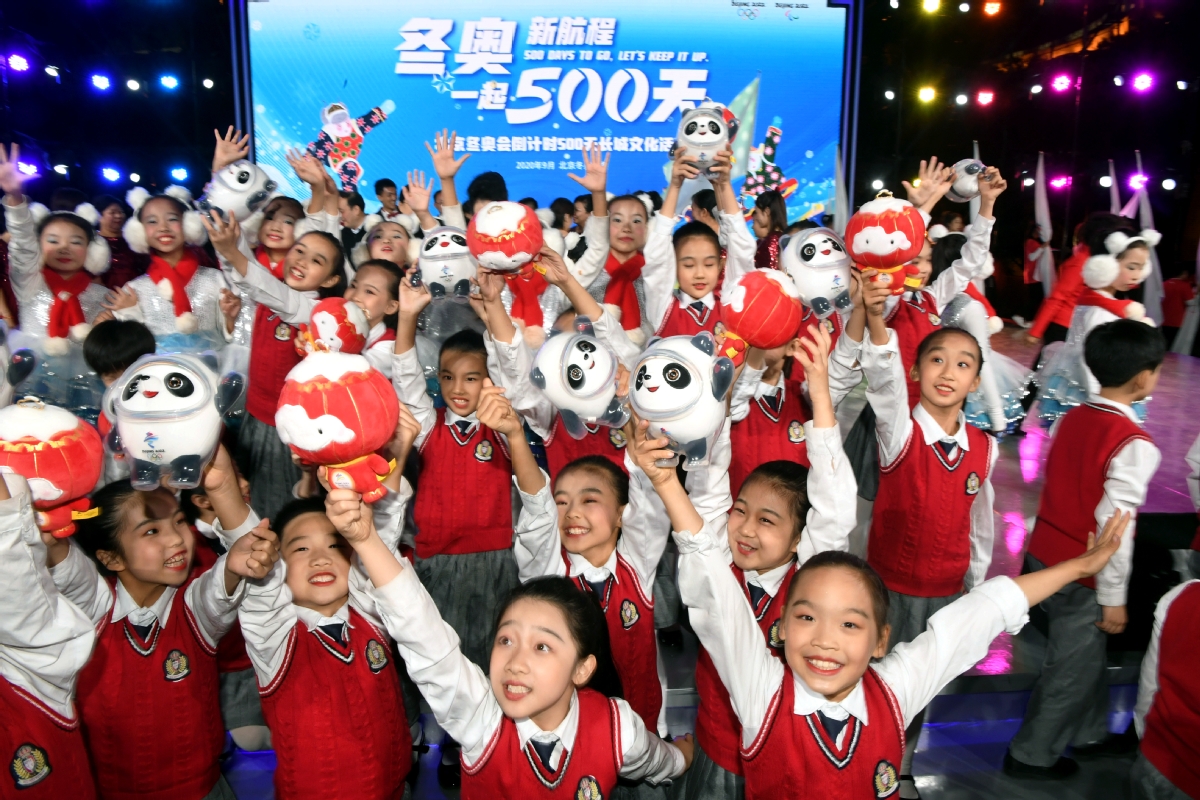 Children hold up mascots for the Beijing 2022 Winter Olympics and Winter Paralympics at an event on Monday marking the 500-day countdown to the Beijing Games. (Photo: China Daily) 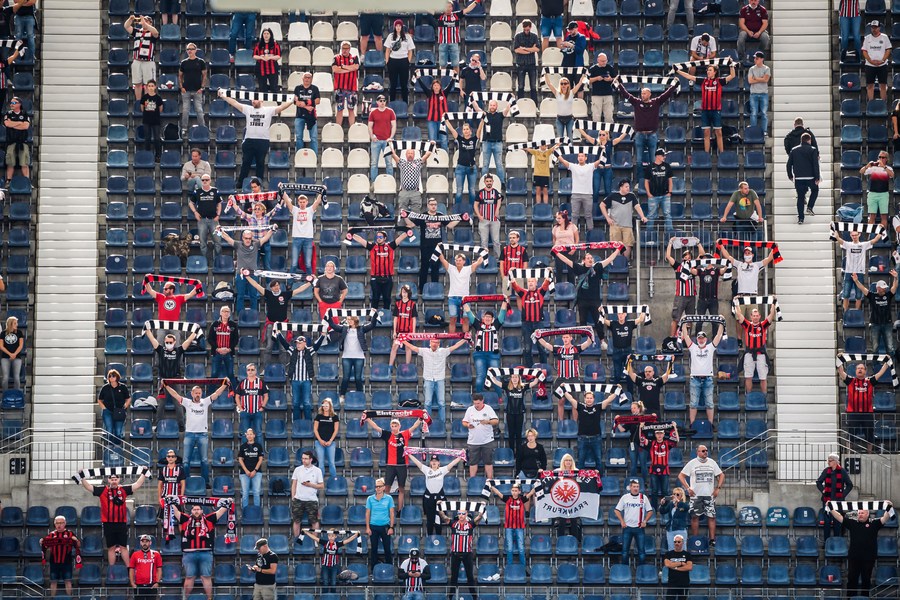 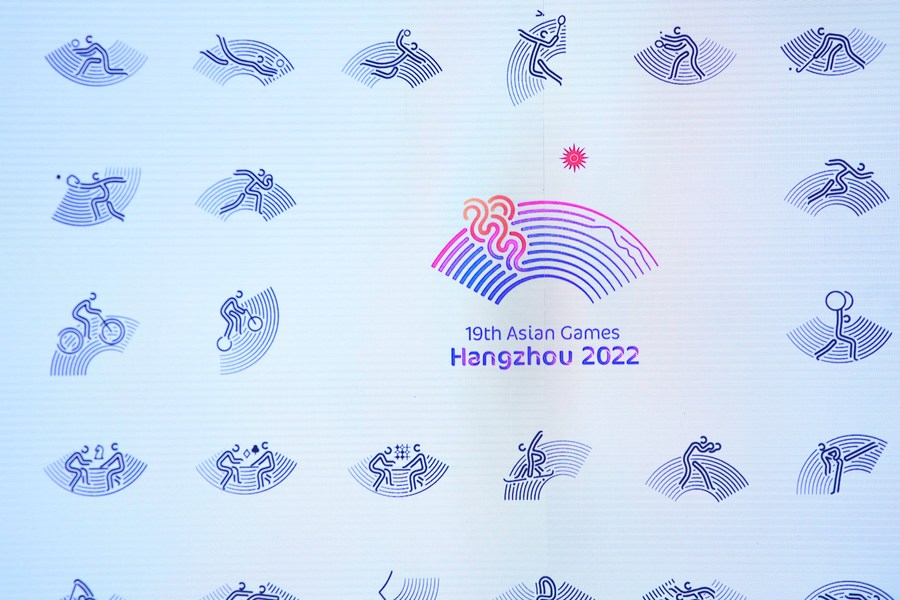 A photo taken on September 22, 2020 shows the sports logos being unveiled during the two-years countdown celebrations for the Asian Games Hangzhou 2022 in Hangzhou, capital of East China's Zhejiang Province. (Photo: VCG) 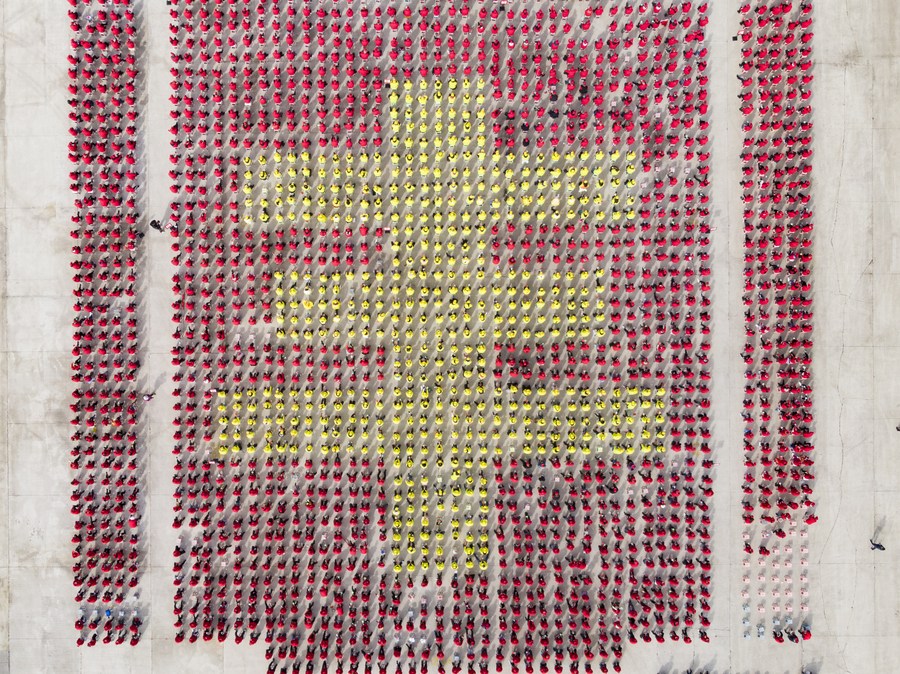 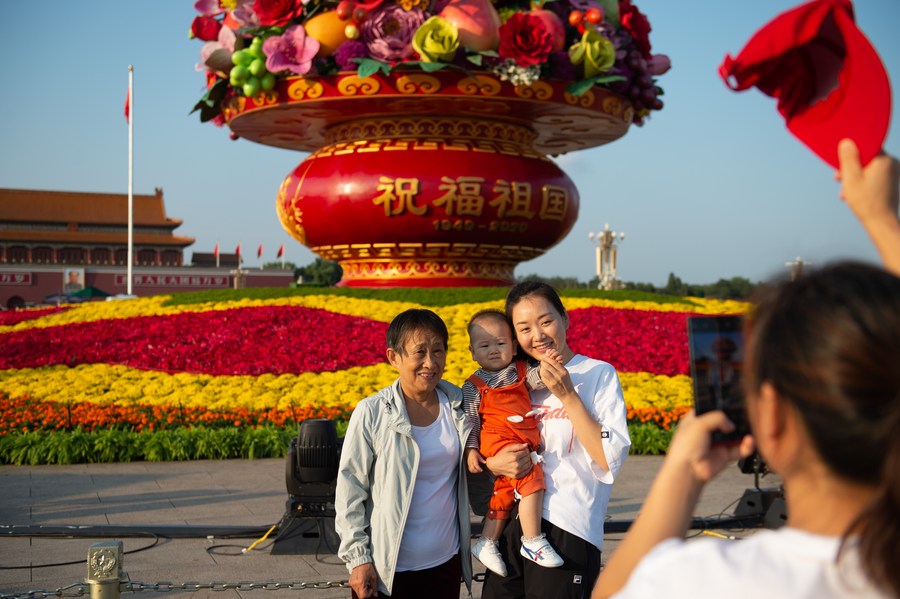 Tourists pose for photos in front of a "flower basket" at Tian'anmen Square in Beijing, capital of China, on Thursday. The 18-meter-tall art installation in the shape of a flower basket is placed at the center of Tian'anmen Square as a decoration for the upcoming National Day holiday. (Photo: Xinhua) 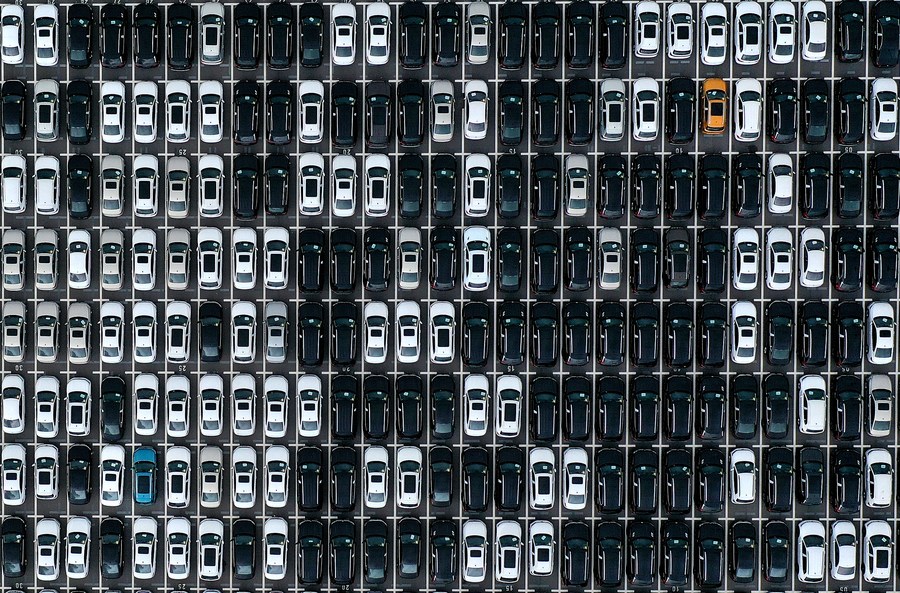 An aerial photo taken on Thursday shows new vehicles parking at the Dalian port in Northeast China's Liaoning Province. Dalian port has been working on developing new shipping routes and growing its throughput as it seeks to further expand its market this year. (Photo: Xinhua) 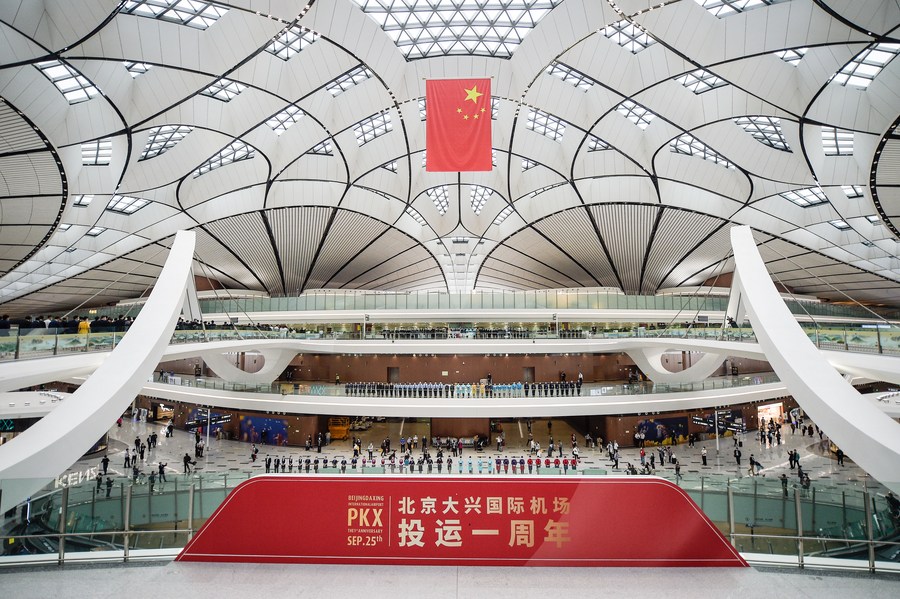 The Beijing Daxing International Airport celebrated its first anniversary on Friday. The total passenger throughput at the newly-built airport exceeded the 10 million mark on Tuesday after it began operation last September. (Photo: Xinhua) 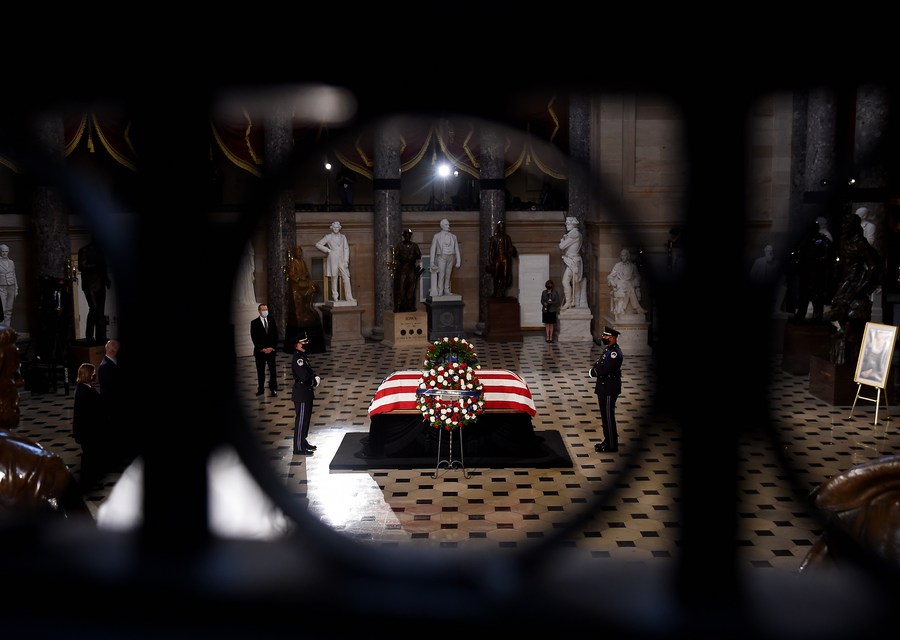 The casket of the late US Supreme Court Justice Ruth Bader Ginsburg lies in state in the Statuary Hall of the US Capitol in Washington, D.C., United States, on Friday. (Photo: VCG) 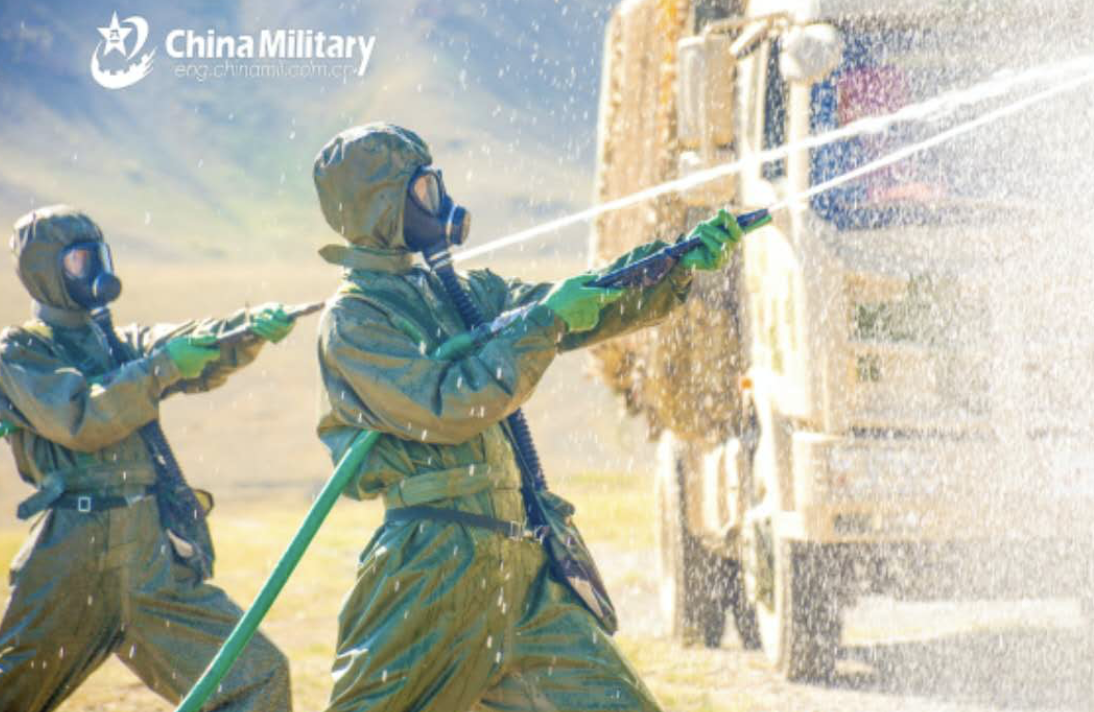 Soldiers in Mission-Oriented Protective Posture (MOPP) gear operate the equipment for decontamination of military vehicles. The realistic round-the-clock training exercise is carried out by a chemical defense regiment with the PLA Xinjiang Military Command from August 12 to 24, 2020. (Photo: eng.chinamil.com.cn)