An actor performs in a live-streamed opera show titled "Legendary Opera" at the Deheyuan Theatre of the Summer Palace in Beijing, capital of China, on Monday. (Photo: Xinhua) 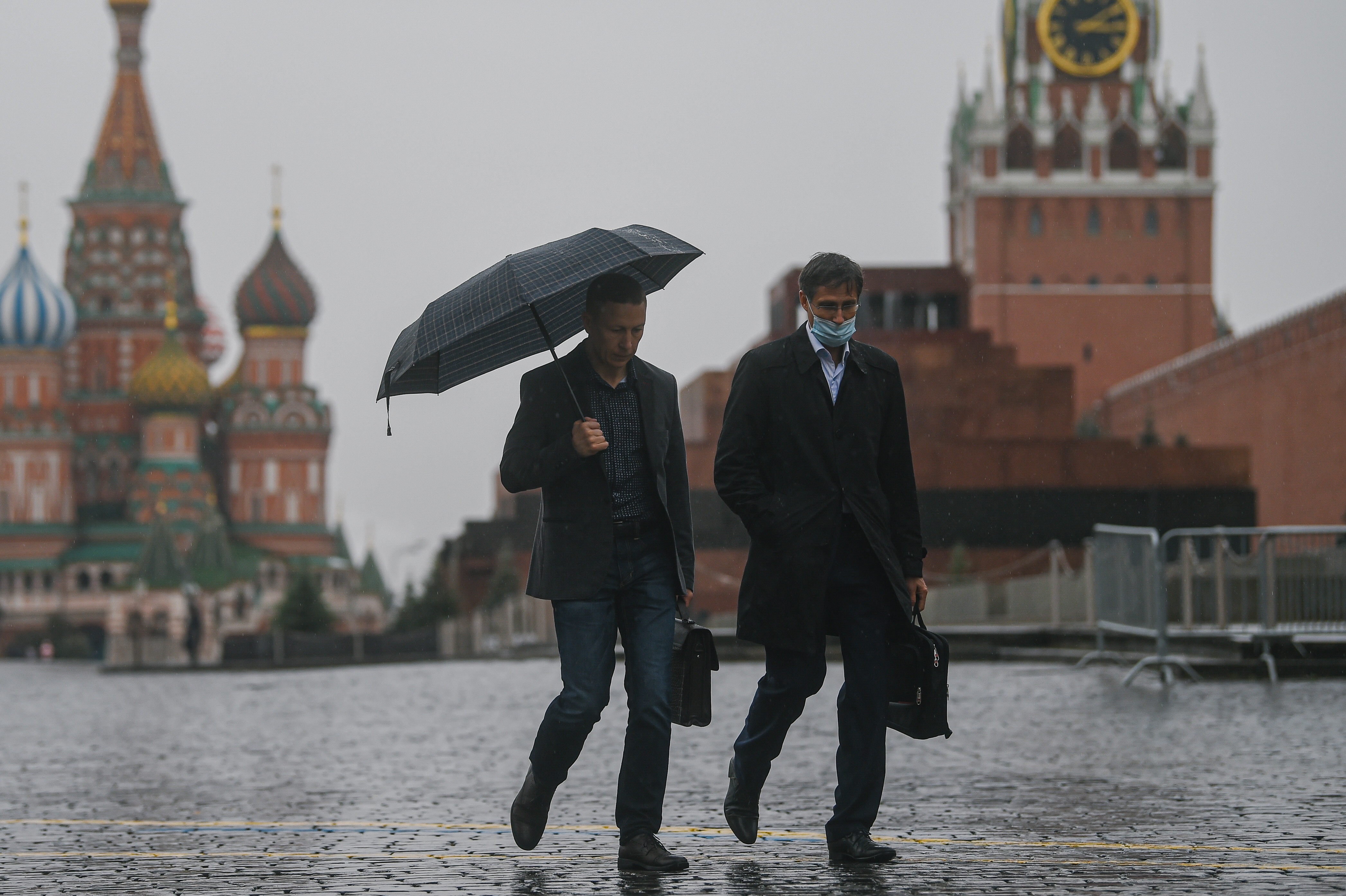 People walk past the Red Square in Moscow, Russia, on Monday. Russia reported 8,135 new COVID-19 cases in the past 24 hours, taking its national count to 1,159,573, the country's COVID-19 response center said in a statement on Monday. (Photo: Xinhua) 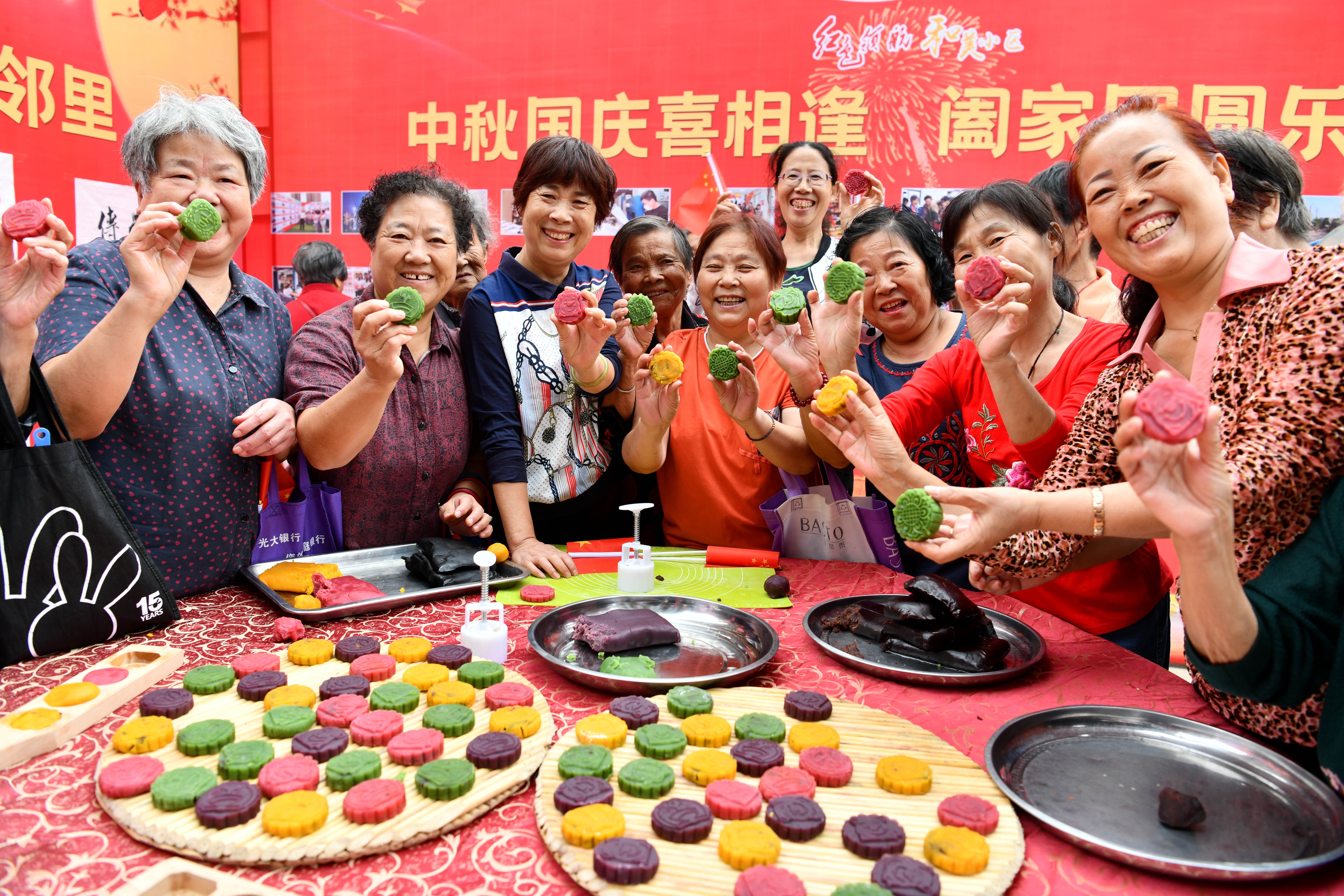 People show off the mooncakes they have made in a community in Hefei, east China's Anhui Province, on Tuesday. It is a tradition to eat mooncakes during the Mid-Autumn Festival, which fell on October 1 this year. (Photo: Xinhua) 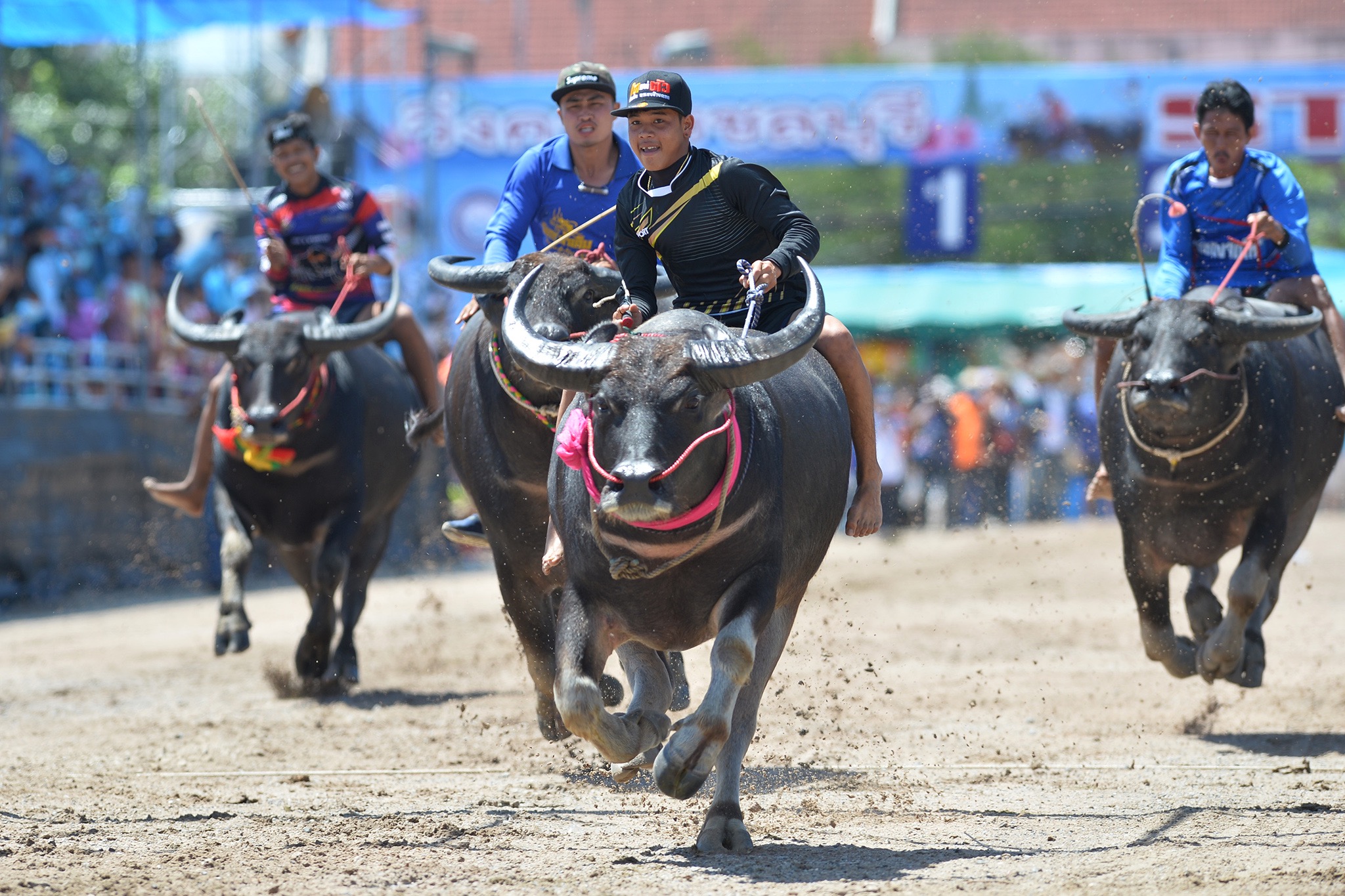 A racer competes during a buffalo race in Chonburi, Thailand, on Thursday. Hundreds of buffaloes took part in the buffalo racing festival held annually in October among rice farmers to celebrate the rice harvest. (Photo: Xinhua) 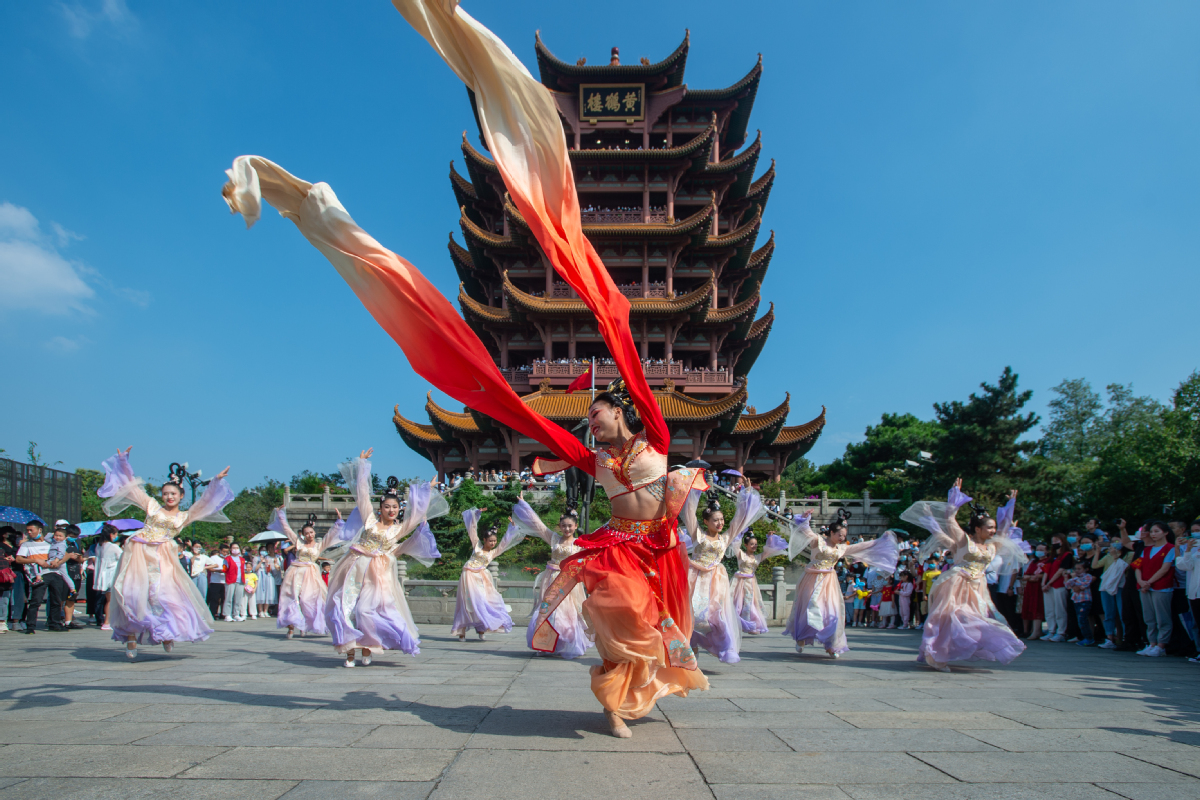 Visitors watch a dance being performed in front of the Yellow Crane Tower in Wuhan, Hubei Province, on Thursday. The scenic area arranged traditional performances to welcome tourists from across the country eager to travel now that COVID-19 is under control. (Photo: China Daily) 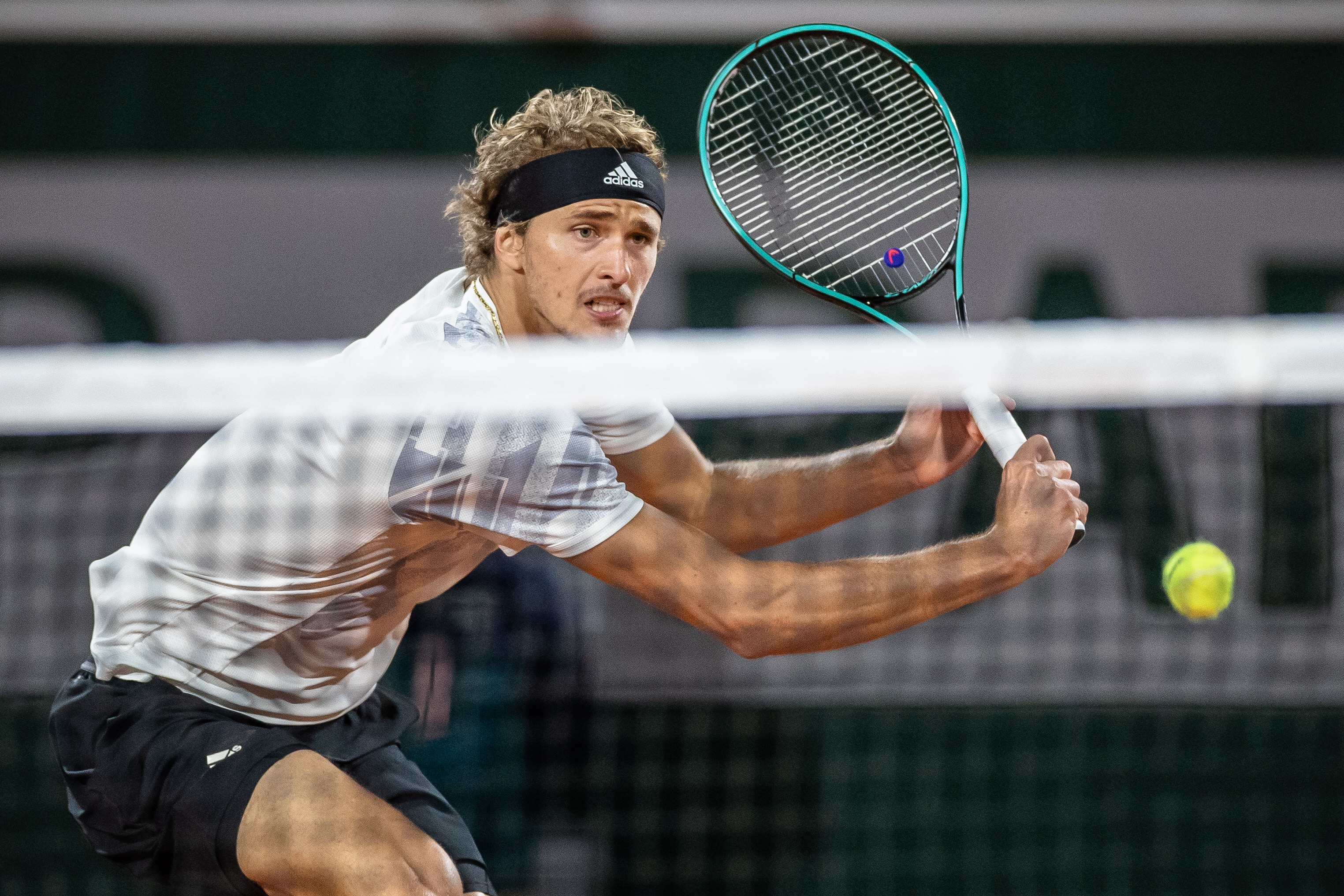 Alexander Zverev of Germany races towards the ball during the men's singles third round match between Zverev and Marco Cecchinato of Italy at the French Open tennis tournament 2020 at Roland Garros in Paris, France on Friday. (Photo: Xinhua) 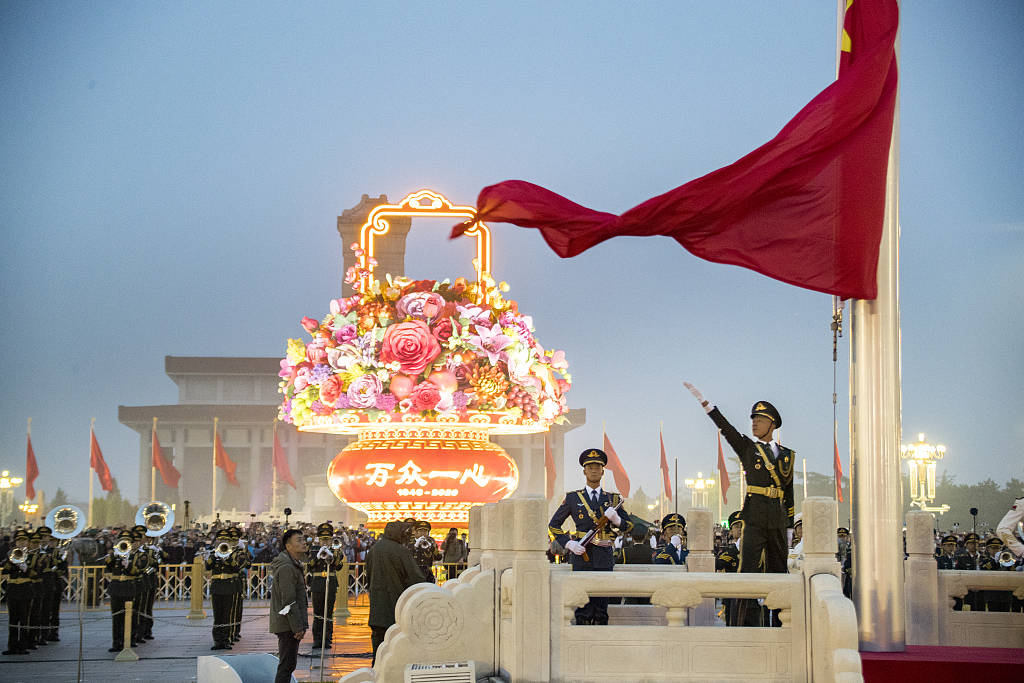 A national flag-raising ceremony was held at Tiananmen Square in Beijing, capital of China, on Thursday. (Photo: VCG) 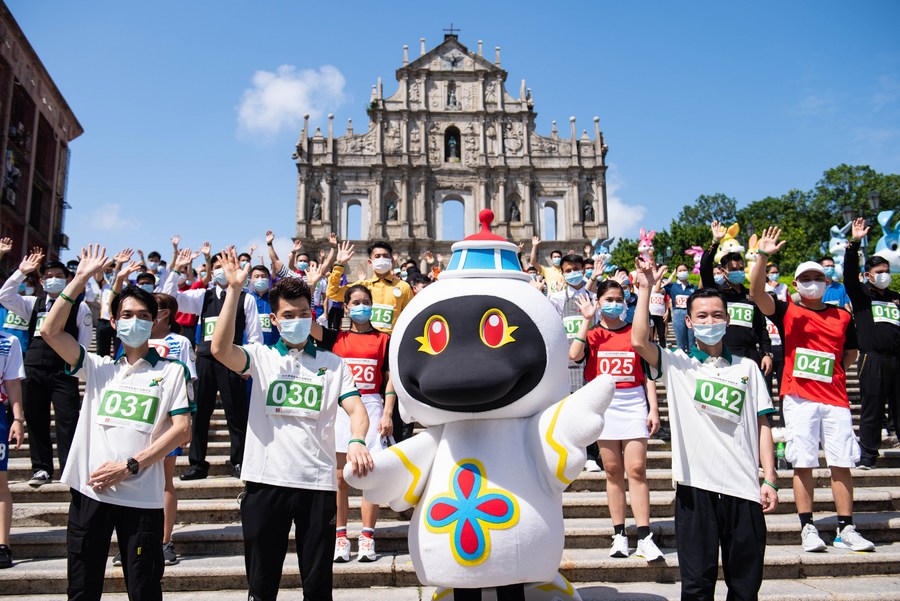 A tray race that started from the Ruins of St. Paul's to the Senado Square was held in Macao to celebrate the World Tourism Day on Monday. About 100 participants were involved, along with local catering and tourism industries took part in the race. (Photo: Xinhua) 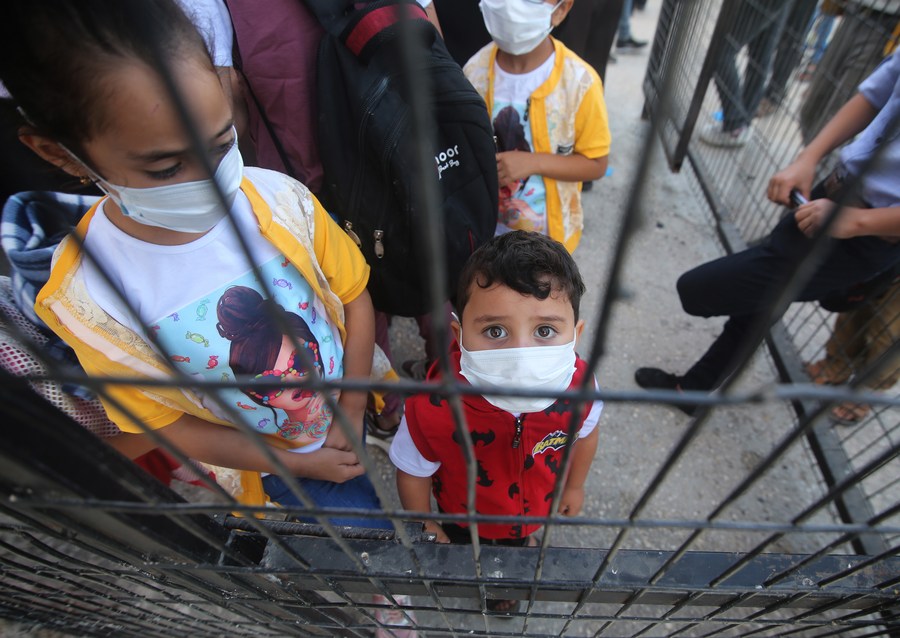 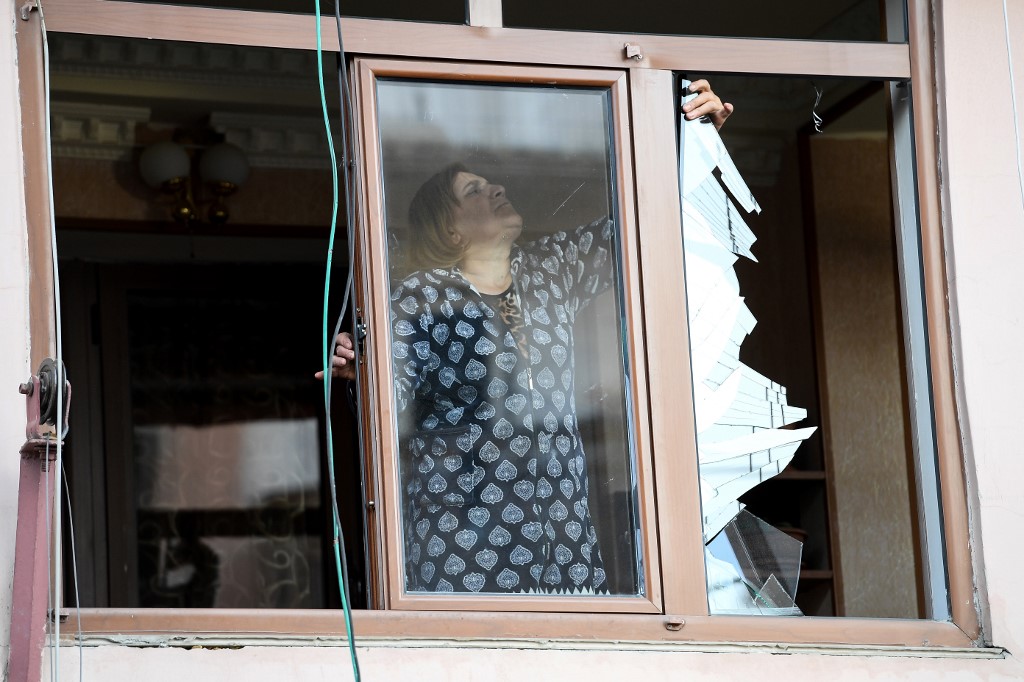 A woman removes broken glass from a window in an apartment building that was supposedly damaged by recent shelling in the Nagorno-Karabakh region's main city of Stepanakert on October 3, 2020, during the ongoing fighting between Armenia and Azerbaijan over the disputed region. (Photo: AFP)