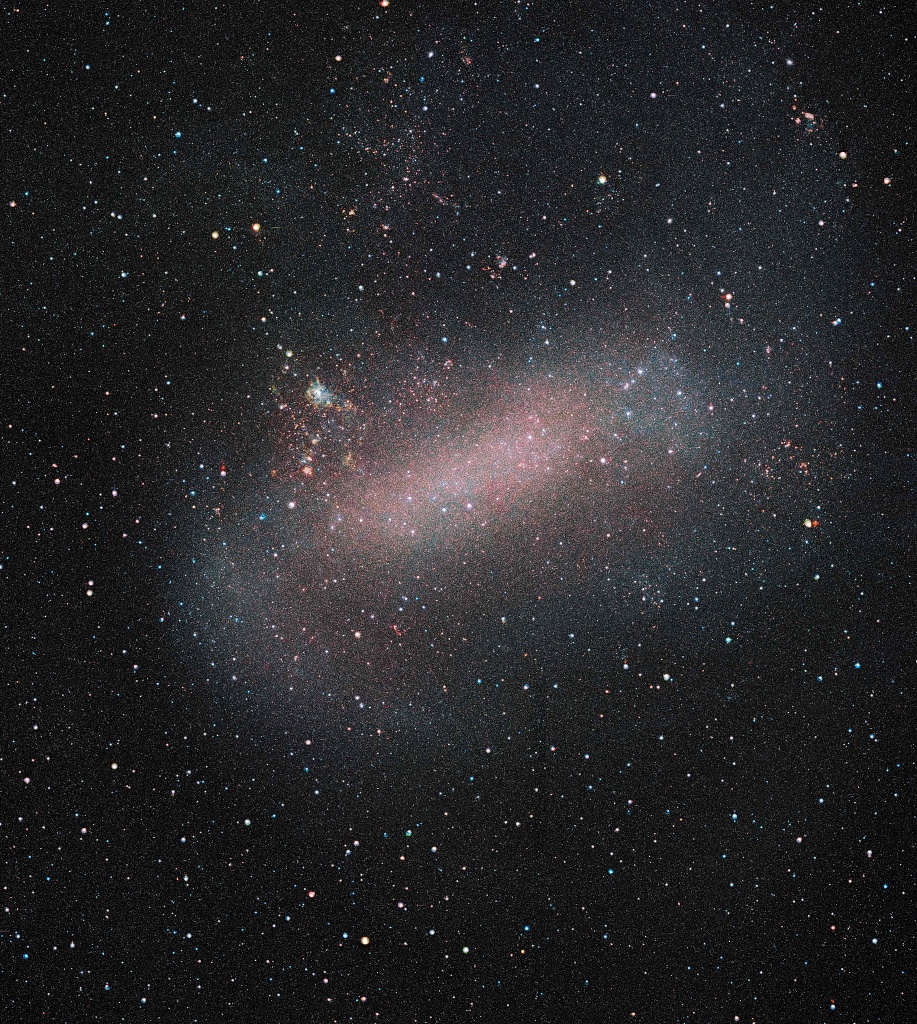 A handout photo released on Friday by ESO's VISTA telescope reveals a remarkable image of the Large Magellanic Cloud, one of our nearest galactic neighbors. VISTA has been surveying the galaxy and its sibling, the Small Magellanic Cloud, as well as their surroundings in detail. (Photo: VCG) 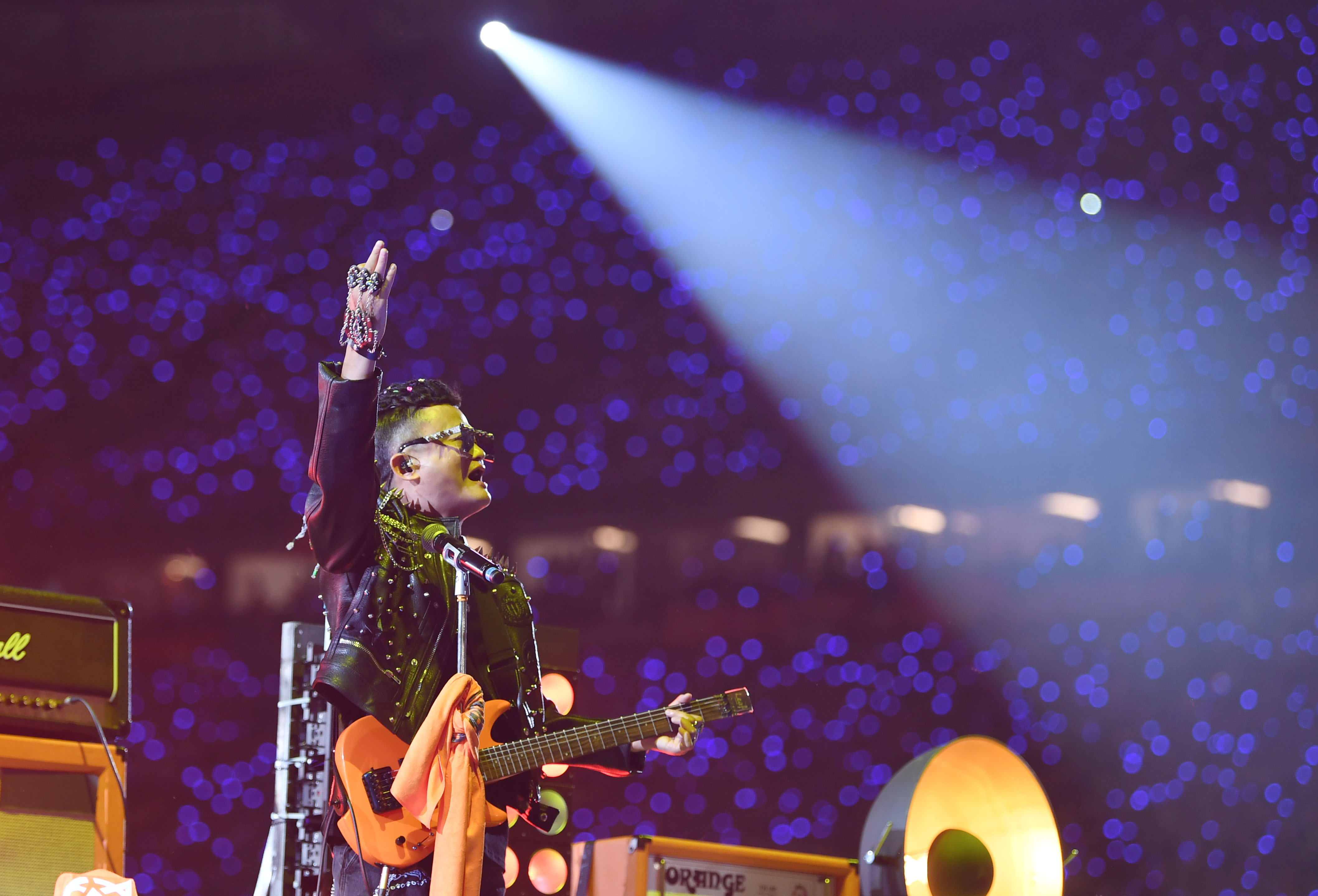 Jack Ma performs on stage at a function to mark the 20th anniversary of the Alibaba Group in Hangzhou, capital of east China's Zhejiang Province, on Tuesday. Ma officially stepped down as group chairman of Alibaba Tuesday, handing over the position to company CEO Daniel Zhang. (Photo: Xinhua) 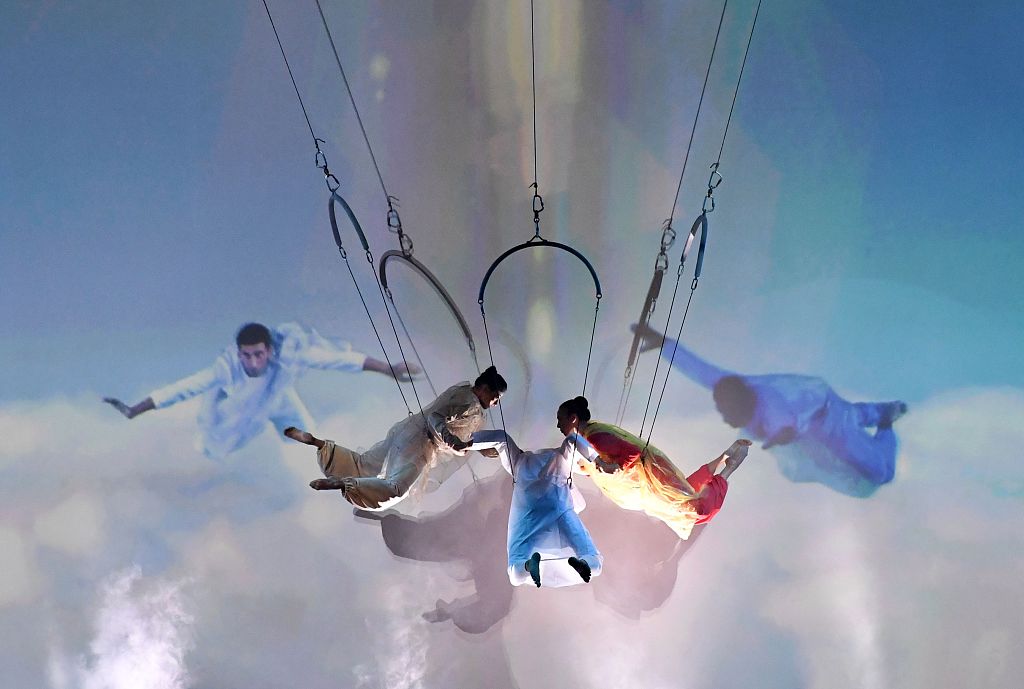 Dancers perform at the opening ceremony of the 24th World Energy Congress (WEC) in the UAE capital Abu Dhabi on Monday. (Photo: VCG) 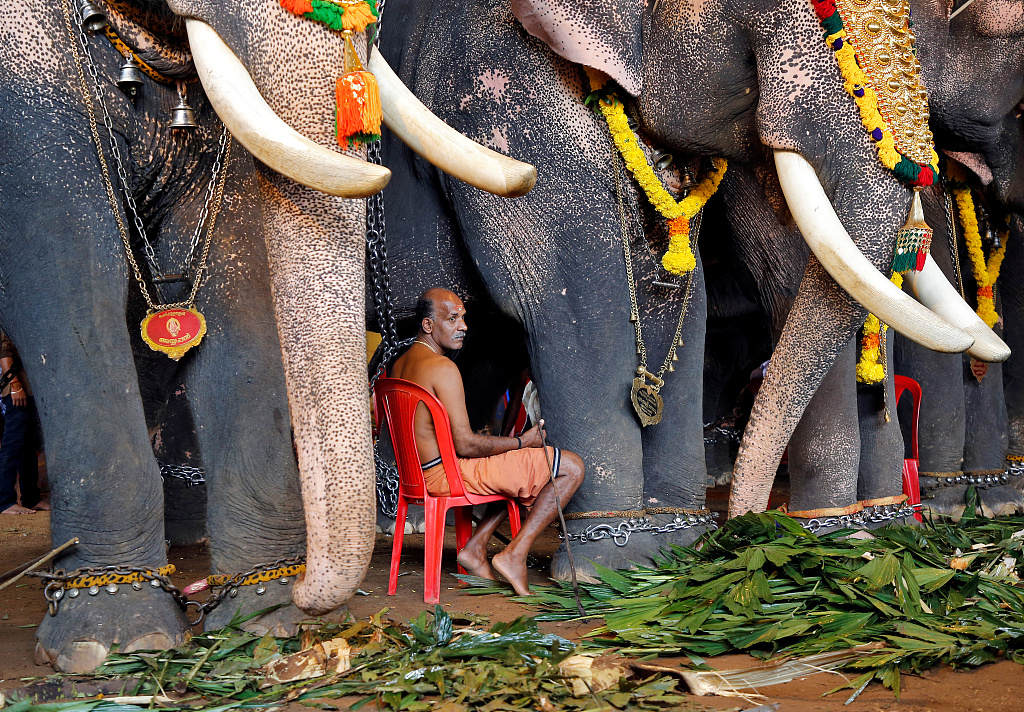 A mahout sits between elephants in festivities marking the annual harvest festival of Onam, at a temple on the outskirts of Kochi, India, on Saturday. (Photo: VCG)

Tourists flock to Yuanming Yuan, also known as the Old Summer Palace in Beijing, to celebrate the Mid-Autumn Festival on Friday. To recreate the ancient and royal celebrations of the festival, several sites were built in the palace, including a giant moon-themed shooting site, the Yellow Flower site, the Lunar Light Corridor, and the Lantern DIY experience area to offer visitors a genuine experience. (Photo: VCG) 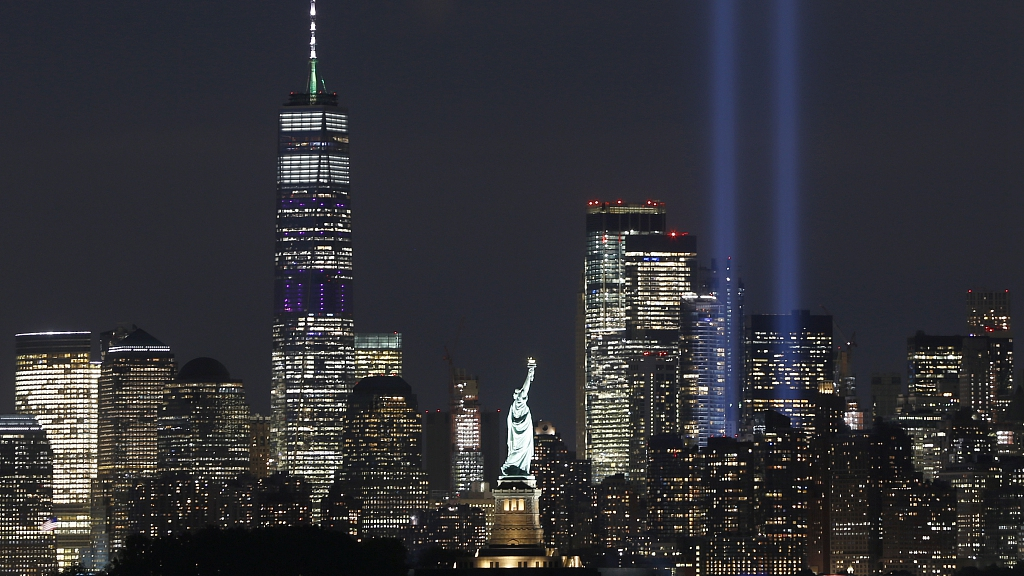 New York's annual Tribute in Light illuminated the sky on Tuesday night, sending beams of light into the air to commemorate the 18th anniversary of the 9/11 terror attack. (Photo: VCG) 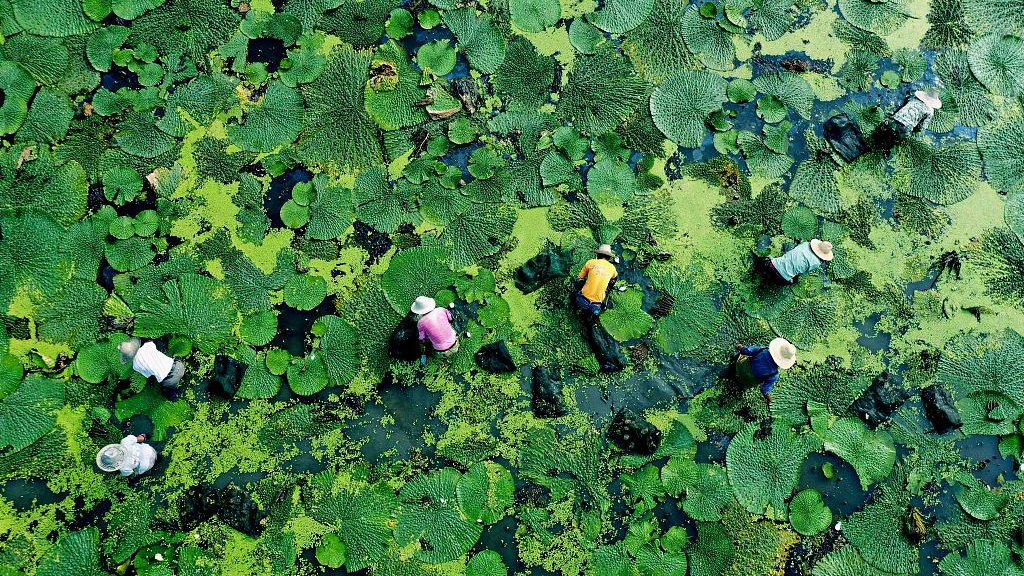 As the weather cools down and autumn crops start to grow, the harvest season arrives in many parts of China. Farmers at a cultivation site in Hefei City, east China’s Anhui Province, pick gorgon fruit on Monday. (Photo: VCG) 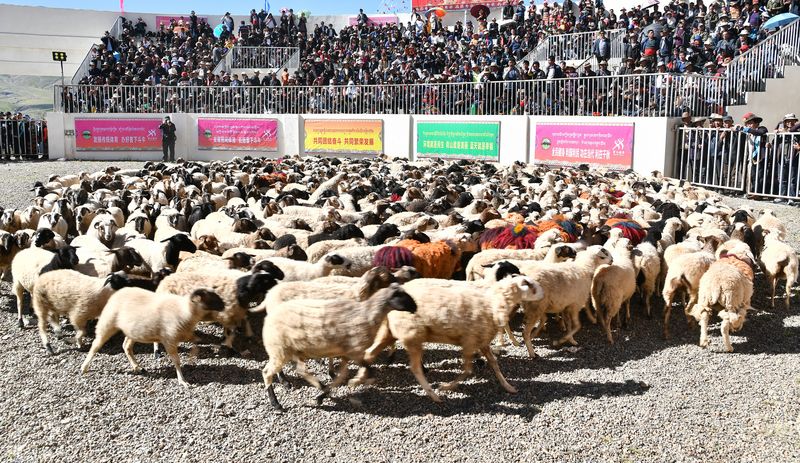 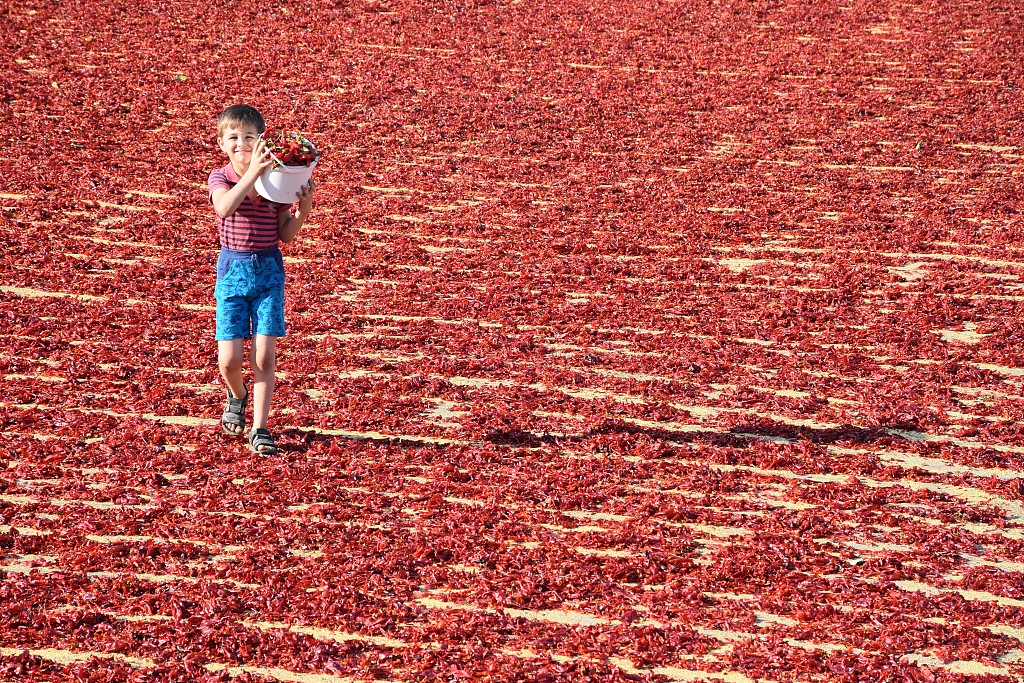 A boy carries a bucket of red peppers on a sunny day in Gaziantep, Turkey on Thursday. After red peppers are separated from their stems, workers spread them on the ground to dry and split them into pieces before going through the machine process to make flake red peppers. (Photo: VCG)

A total of 3,758 school backpacks, representing one for each child who died in a conflict last year, created by UNICEF, are laid out on the lawn of the UN headquarters in New York on Monday. (Photo: VCG)