Mother’s love! Dog adopts a leopard cub and a kitten 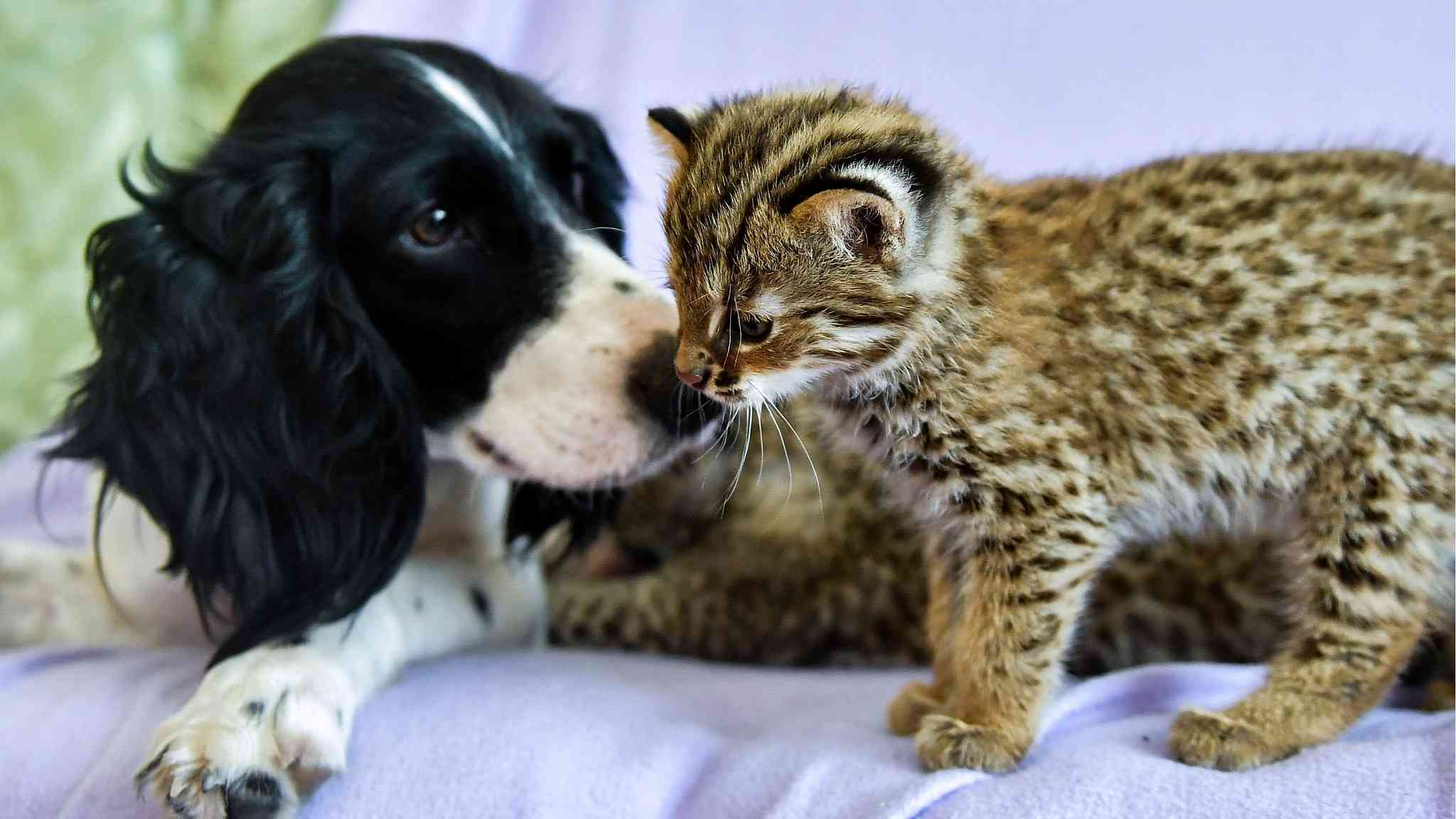 A spaniel dog named Sherry is caring for Steffanie, a leopard cub, and Zabava, an Amur leopard cat kitten, at the Sadgorod Zoo in Vladivostok, Russia. The dog accepted the cuties straight away, and the picture on Friday shows her caring for them like her own pups. /VCG Photo 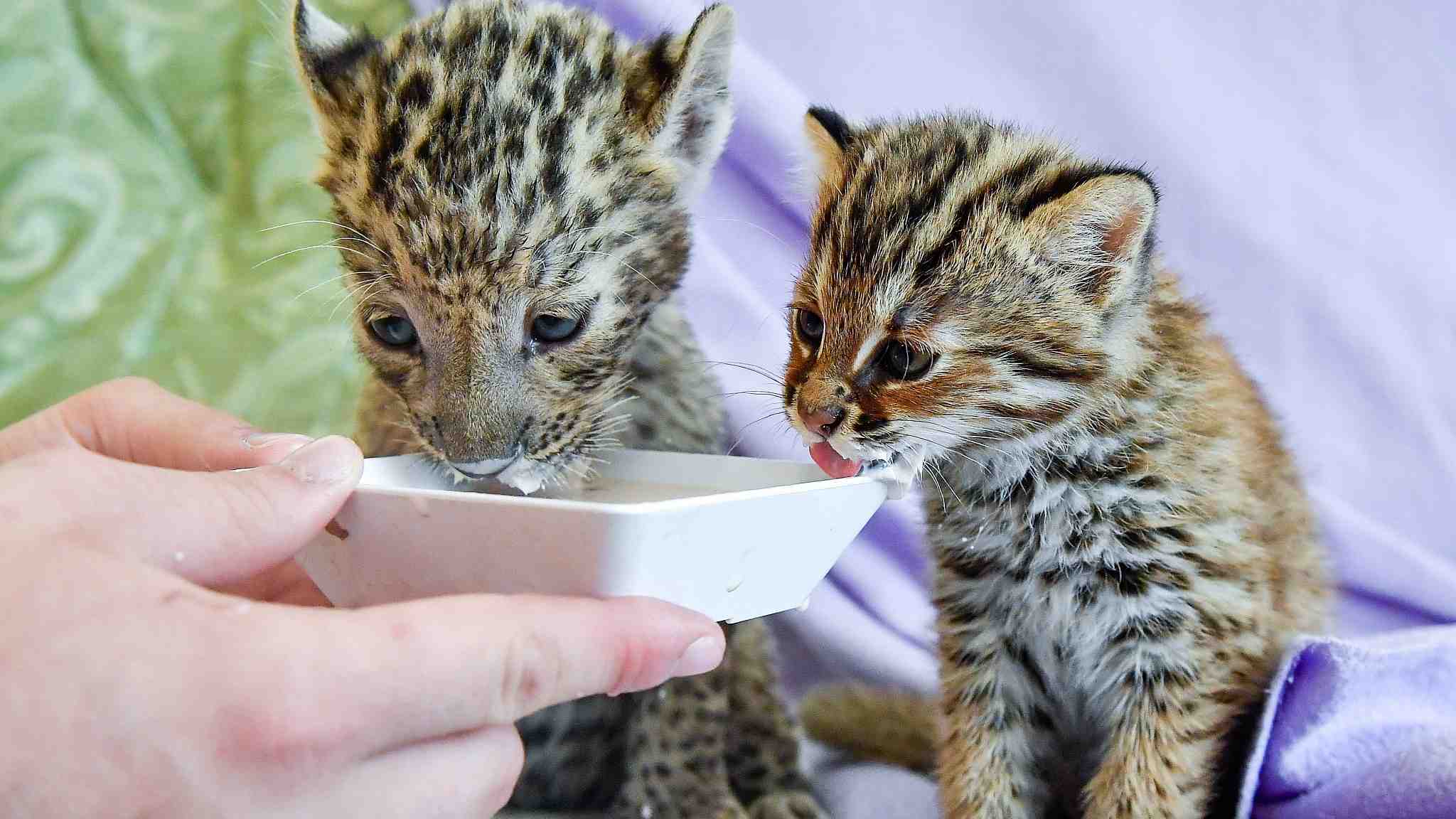 Steffanie was born last month, but then put in Sherry's care after being taken away from her birth parents, who could have eaten the cub. /VCG Photo 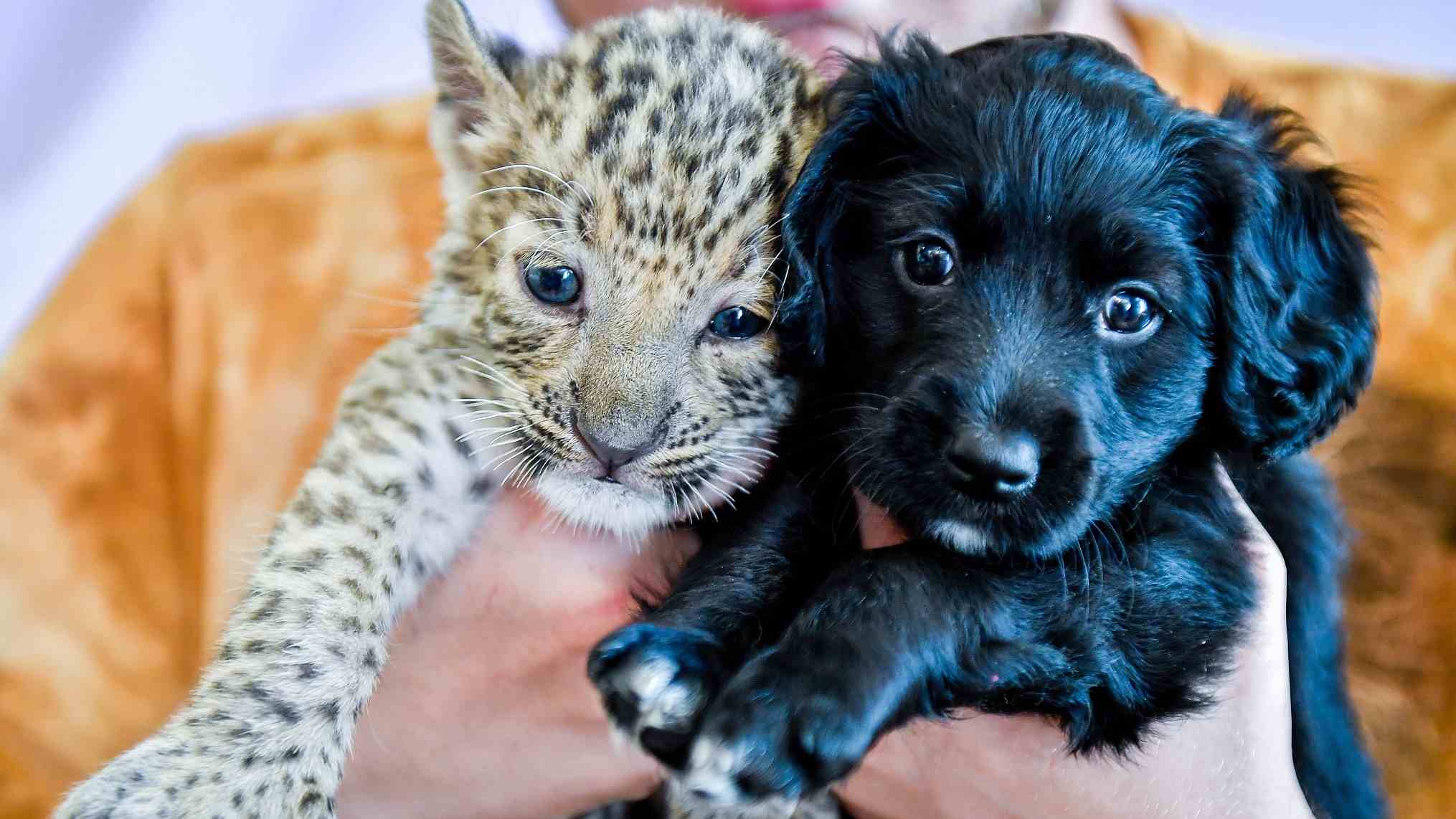 In the animal world, mothers are known to eat their young if the babies are sick or deformed. They can also eat them if there’s not enough food to go around or if the offspring die. /VCG Photo 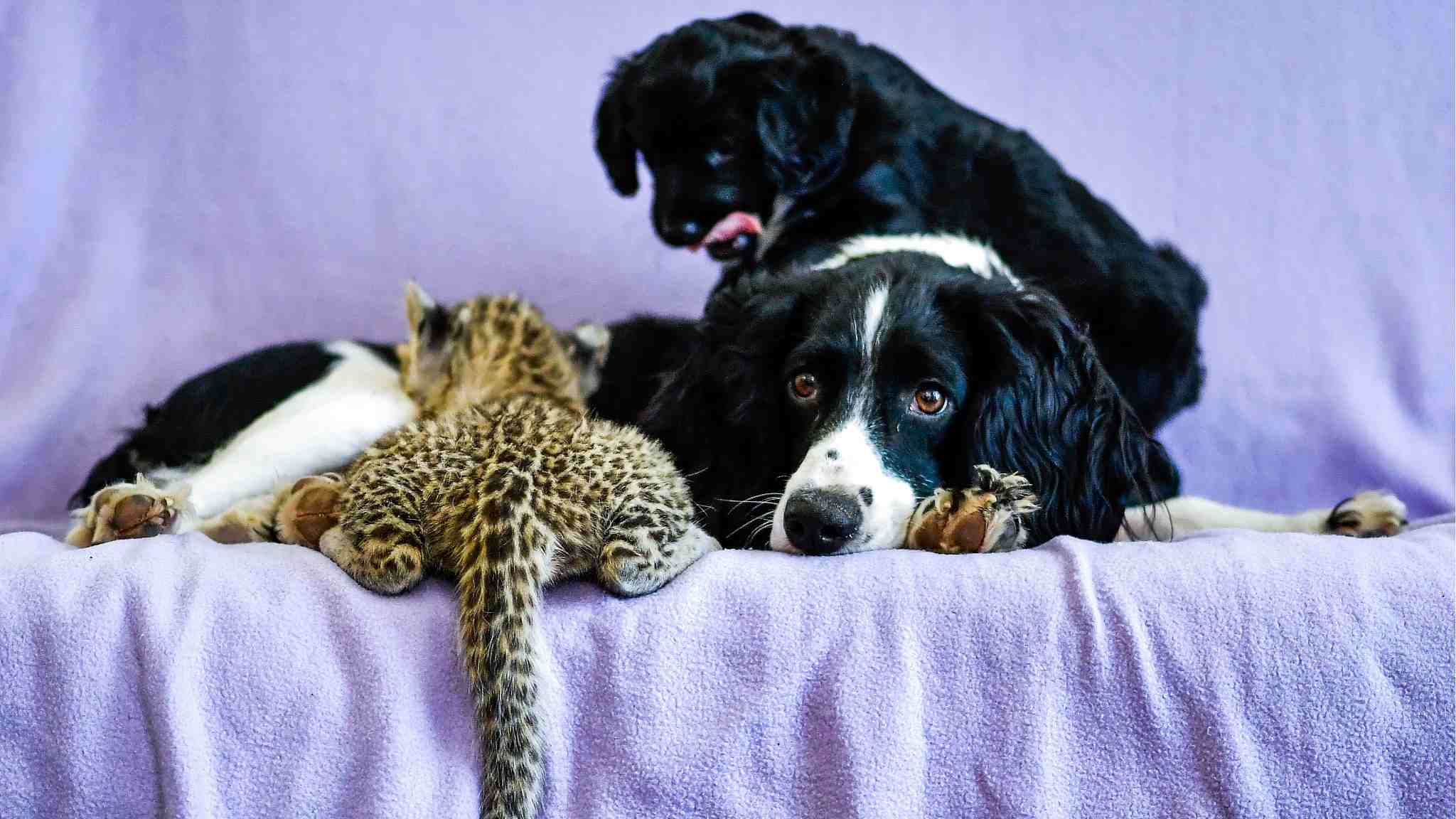 The size and temperament of the fluffy black and white dog make it a good match for the two babies. /VCG Photo