PHOTOS Move over, Rio – Tokyo is hosting its own Samba carnival

Move over, Rio – Tokyo is hosting its own Samba carnival 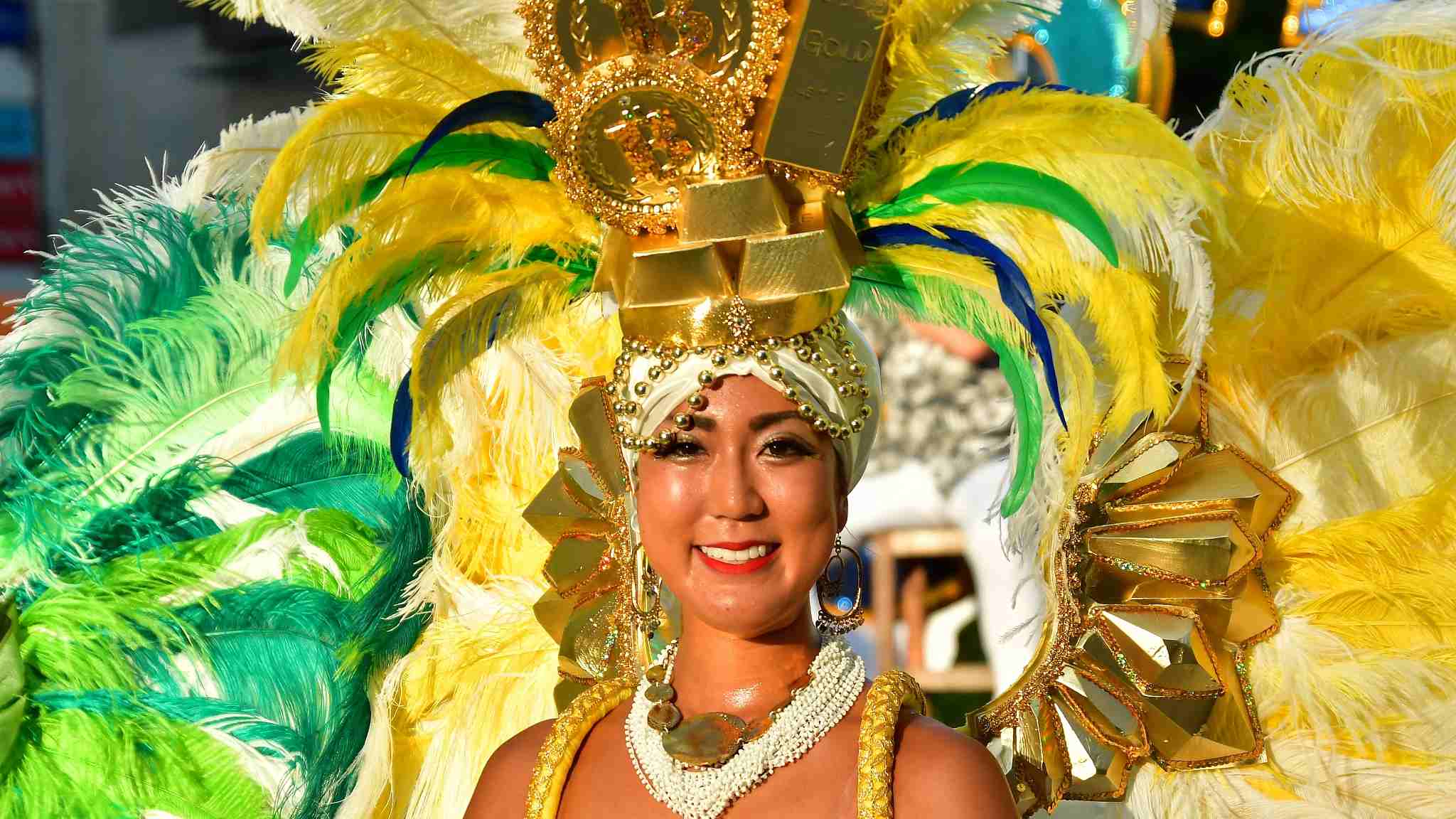 The 37th Asakusa Samba Carnival kicked off on Saturday heating up the streets of Tokyo under the scorching sun and attracting more than 500,000 visitors to enjoy the dazzling performances of the dancing parade. /VCG Photo 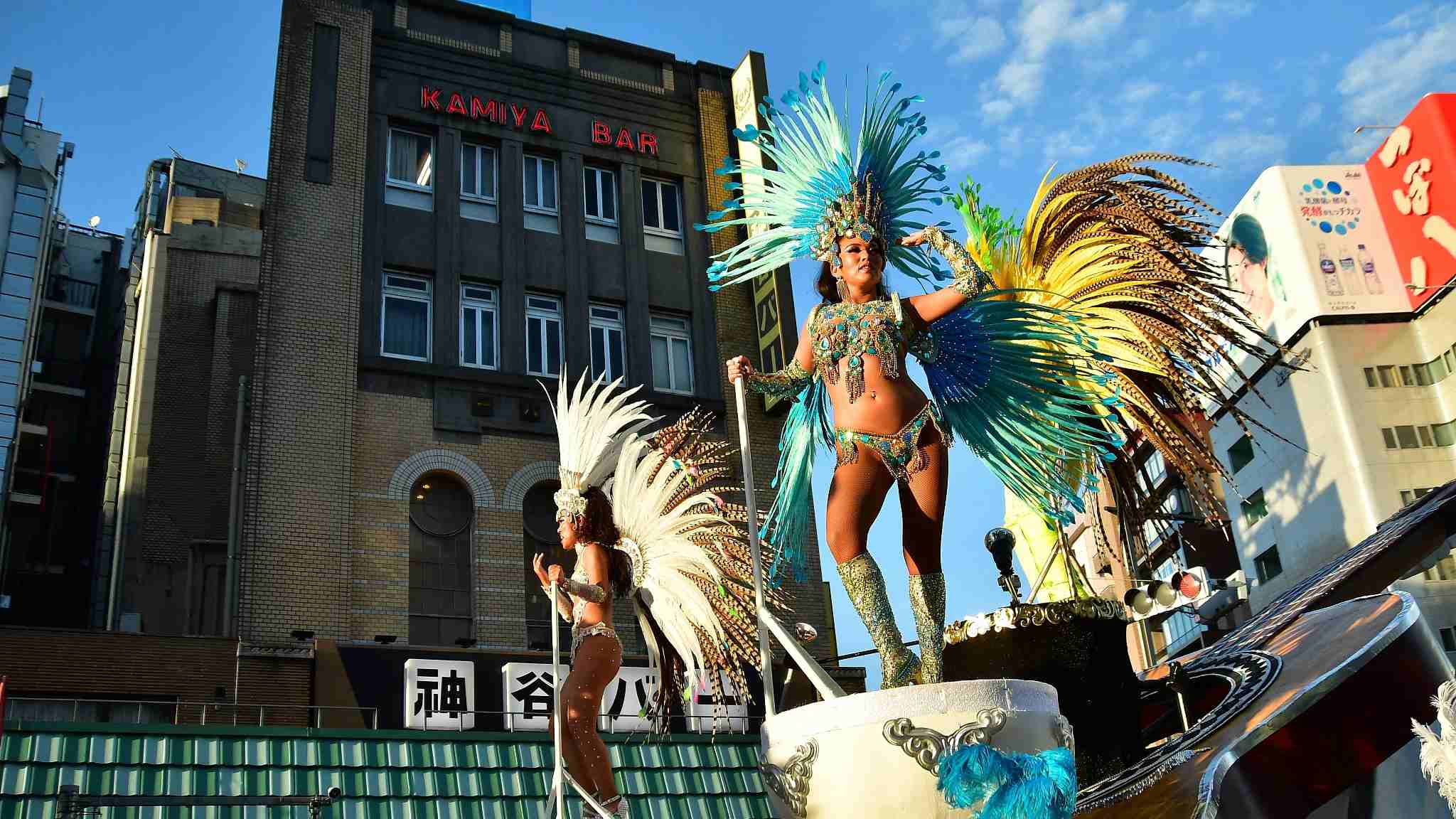 Temperatures as high as 35 degrees Celsius could not stop onlookers and performers from enjoying their time amidst rousing sound of music. /VCG Photo 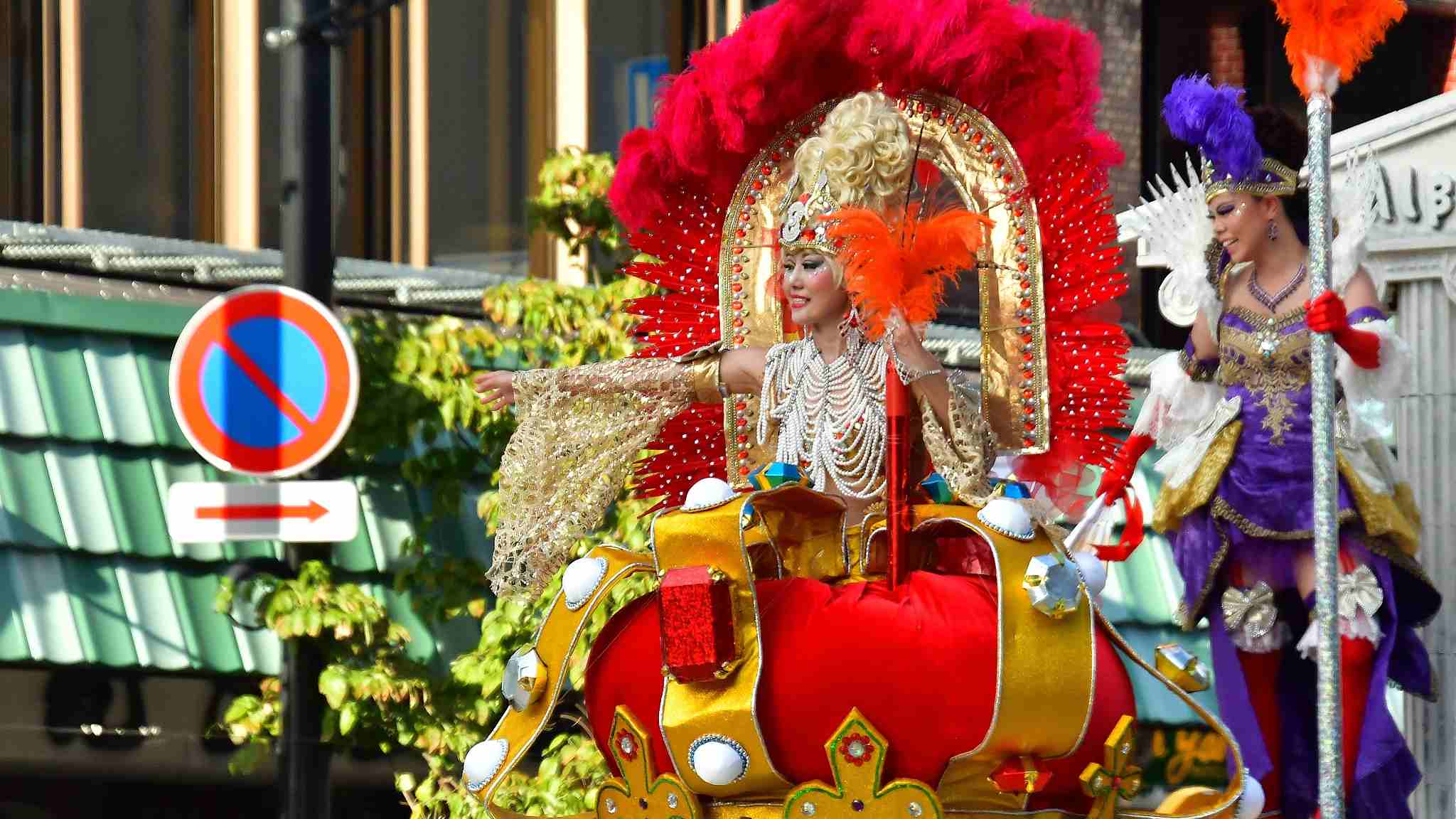 The carnival, which features over 5,000 performers, is actually a team dancing contest with 20 squads in competition. Each team is normally led by the prospective candidate for next year's Queen of the Drums, who can be easily recognized thanks to her extravagant costume. /VCG Photo 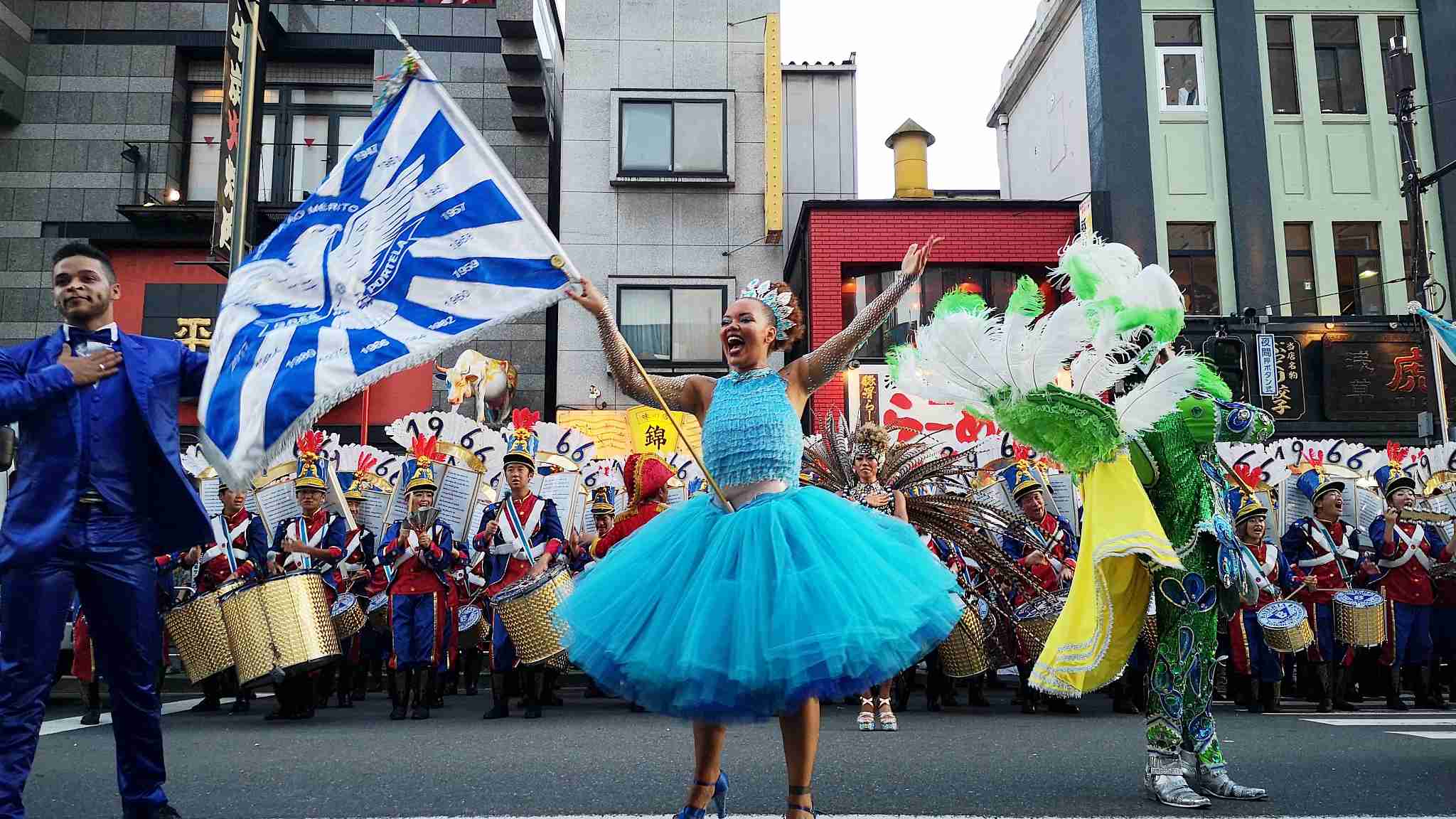 Although the conservative Japanese society may not seem like an obvious place to sample Samba, the Asian country might have been influenced by its diaspora in Latin America. Brazil, the home of Samba, houses the world's largest Japanese community. /VCG Photo 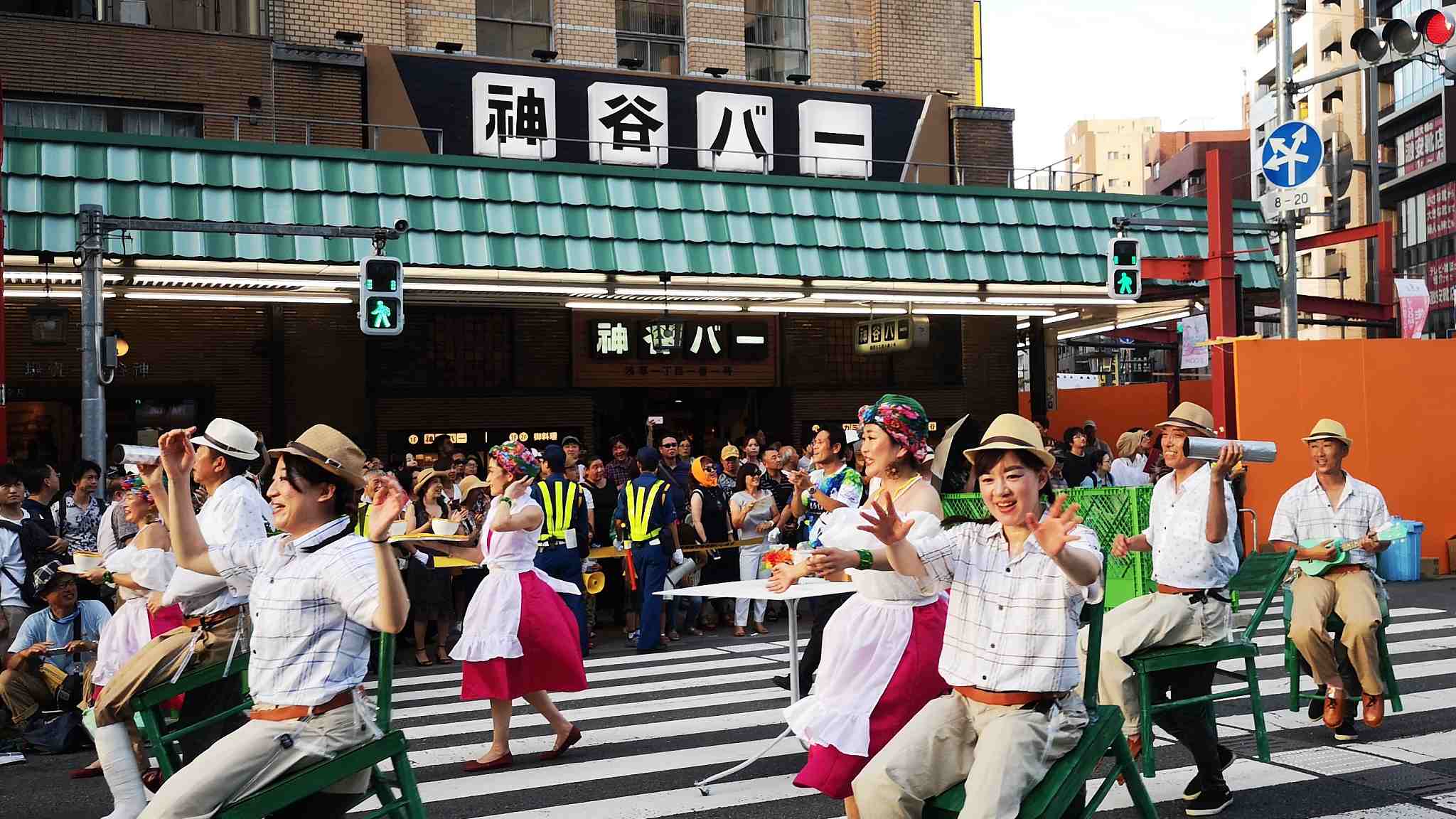 First held in 1981, the annual carnival has become one of the most dynamic and popular summer events on Tokyo's cultural calendar. /VCG Photo