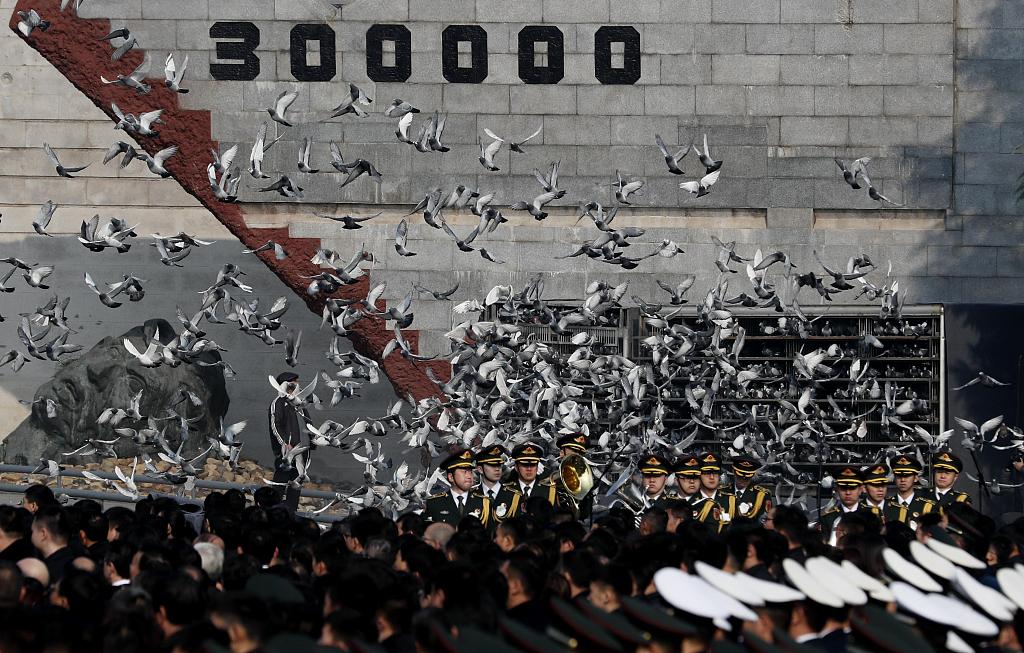 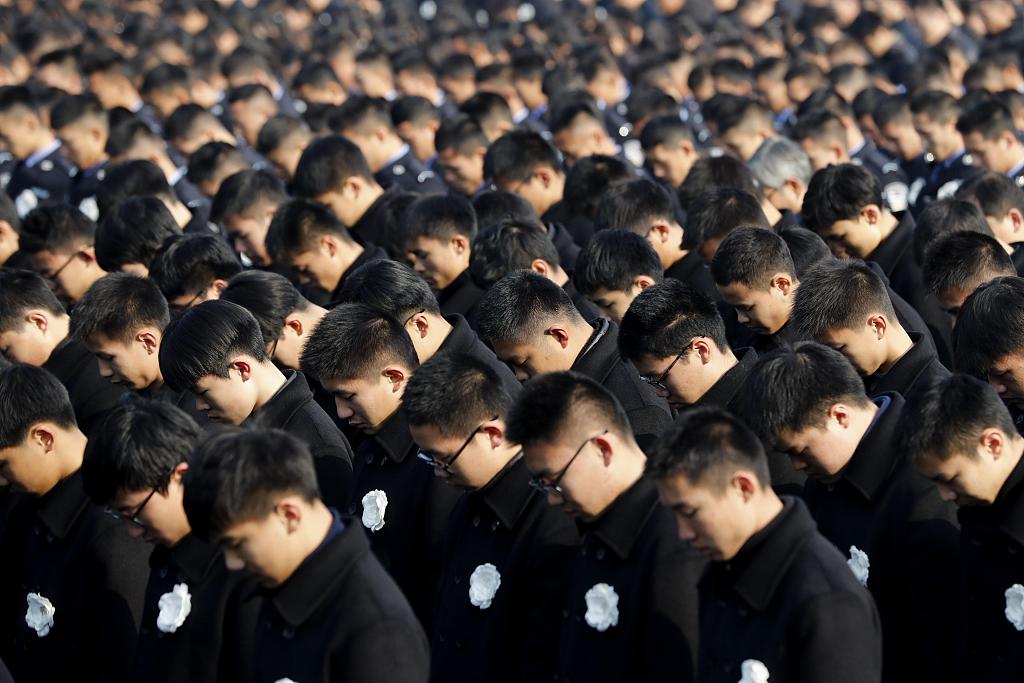 People stand still in a moment of silence to honor the victims at the State memorial ceremony held on Thursday at the Memorial Hall of the Victims in the Nanjing Massacre. (Photo: VCG) 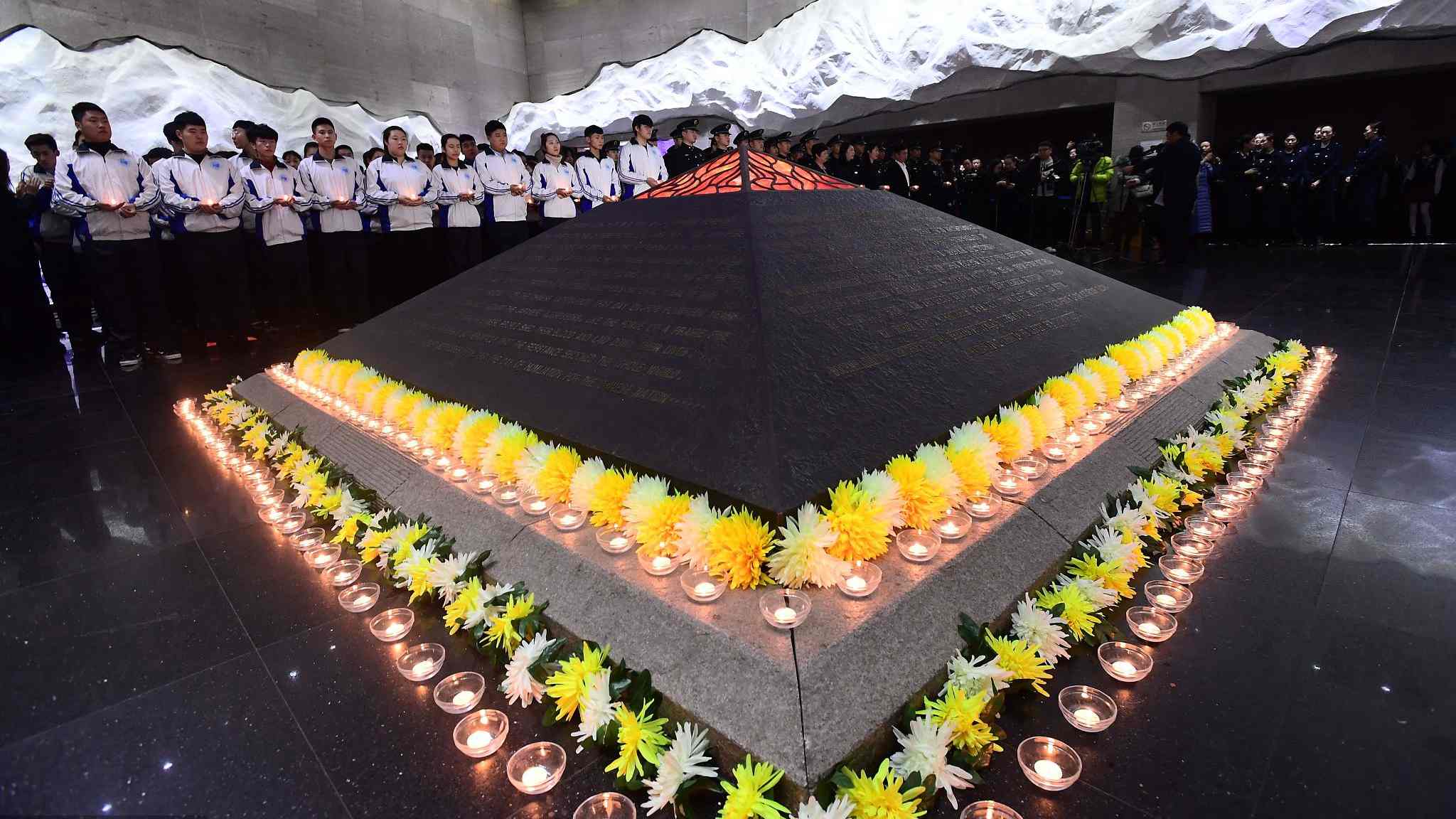 In Shenyang City, northwest China’s Liaoning Province, students light candles to remember the victims at the 918 History Museum, which was built to commemorate the September 18th Incident that marks the beginning of the war of resistance against Japanese Aggression in China. /VCG Photo 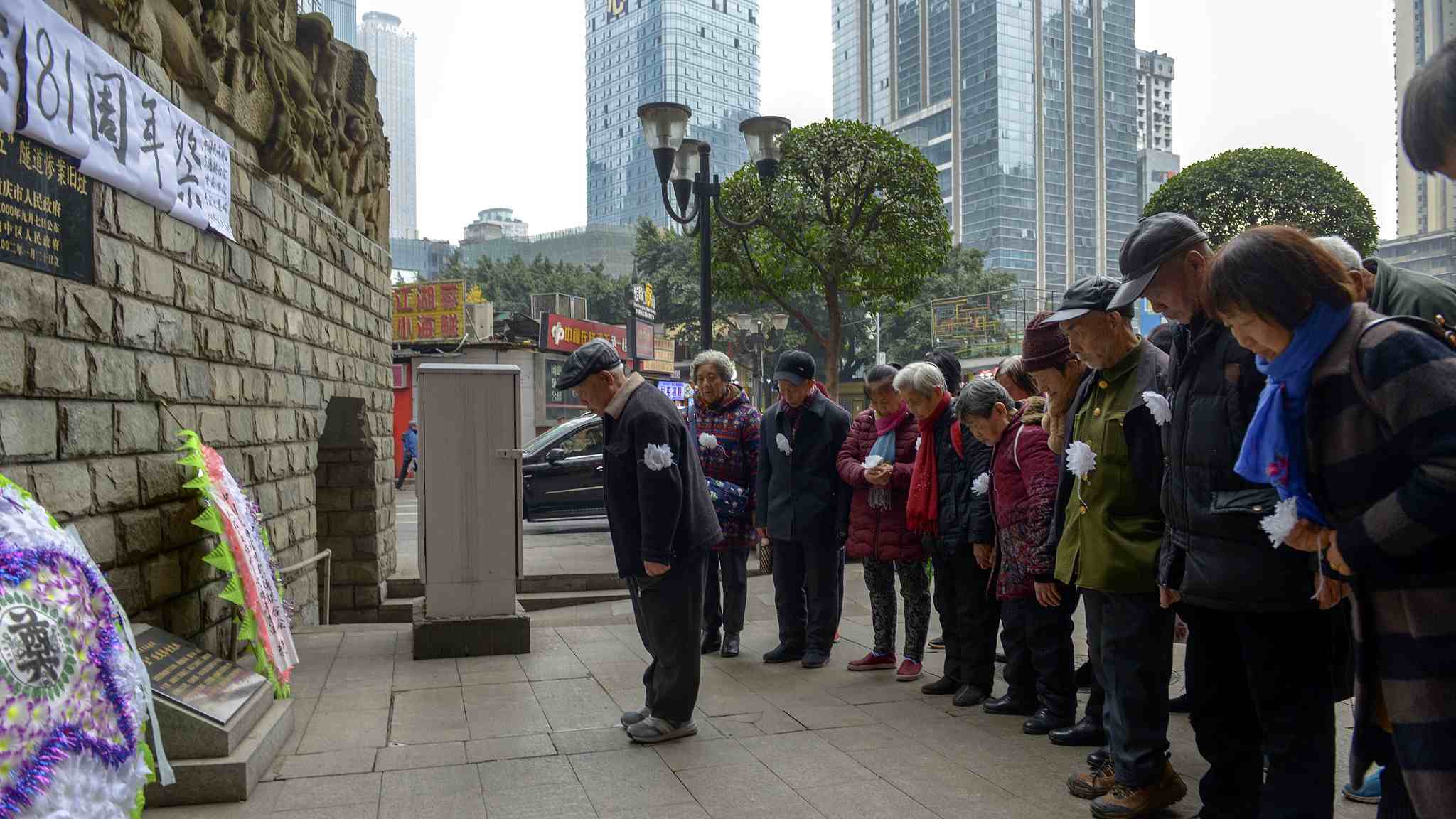 In southwest China’s Chongqing Municipality, 20 war survivors bow in silence in front of the ruins of the Chongqing Bombing Massacre to pay tributes to victims in the Nanjing Massacre. /VCG Photo