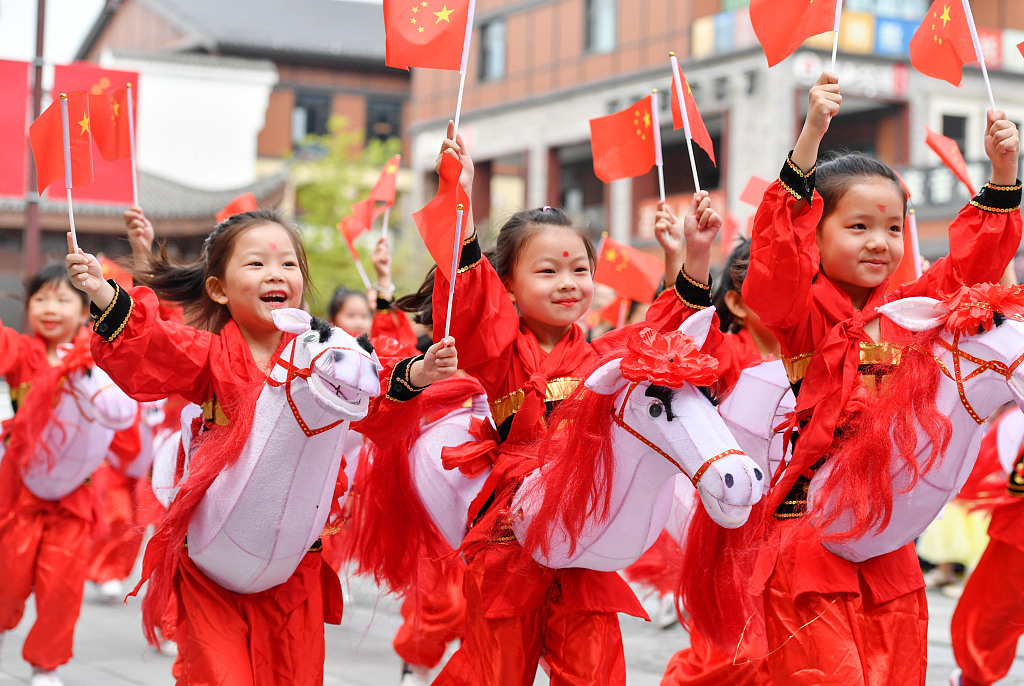 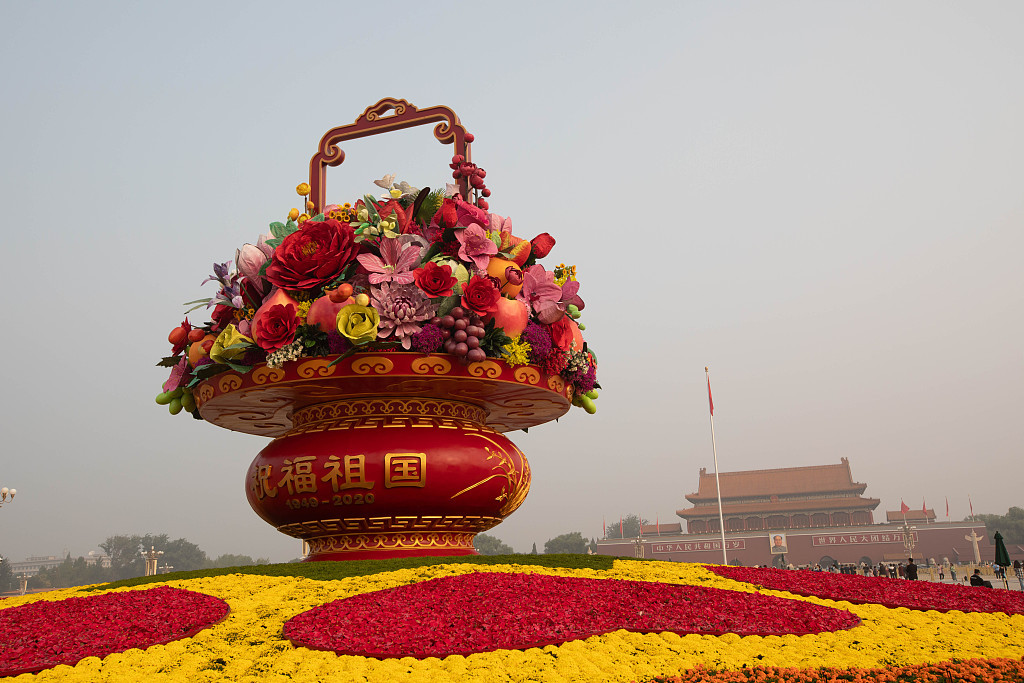 To celebrate the 71st anniversary of the founding of the People's Republic of China, an 18-meter-tall flower basket display is installed at Tian'anmen Square in Beijing, capital of China, Sept. 27, 2020. 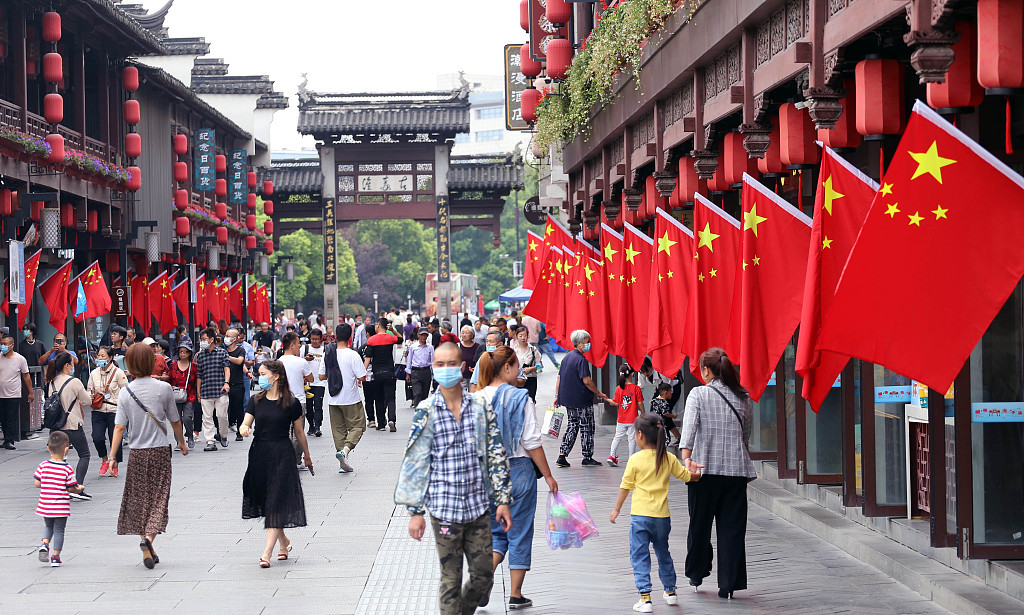 National flags are on display at the Confucius Temple in Nanjing to mark the National Day and the Mid-Autumn Festival, Sept. 29, 2020. 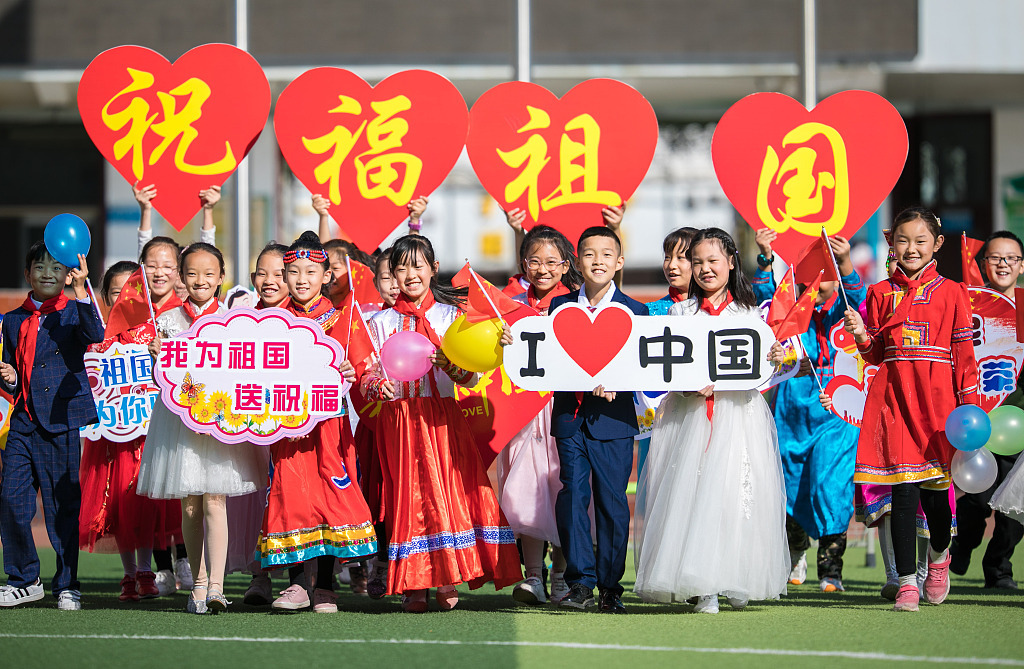 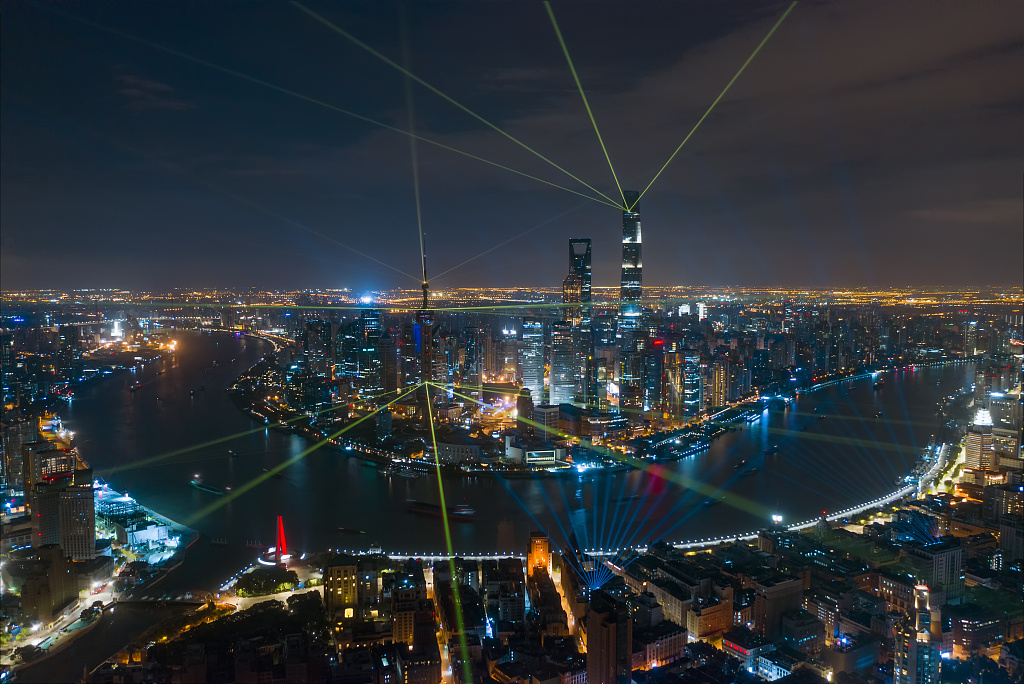 The Bund Shanghai tests lights before a light show celebrating the National Day holiday, Sept. 28, 2020. The Bund, also called Waitan, is a famous waterfront on the west bank of the Huangpu River and is regarded as the symbol of Shanghai. 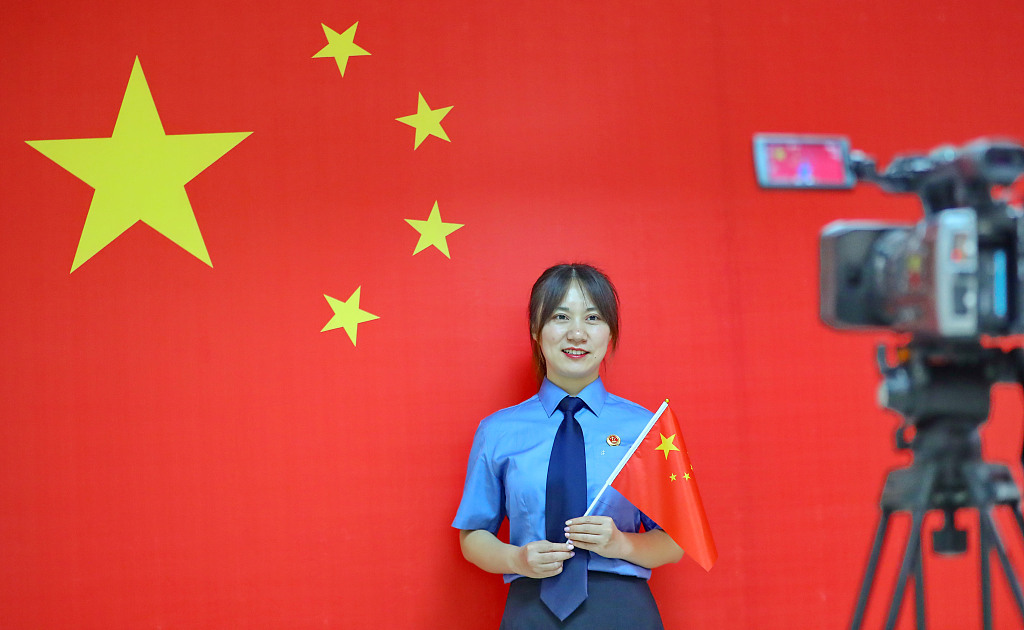 A prosecutor records a short video titled "My country, I have something to say" in Haigang District, Qinhuangdao City, Hebei province, Sept. 28, 2020. 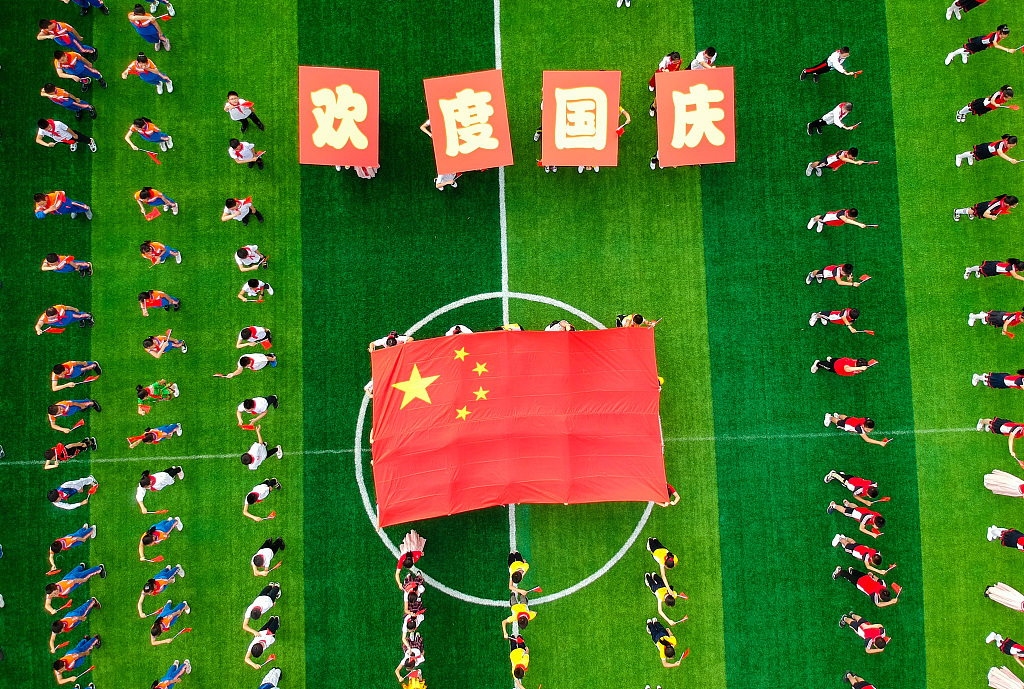 Students are waving national flags and singing the song "My Country and I" at the playground of a primary school in Rugao City, Nantong, Jiangsu province, Sept. 28, 2020. 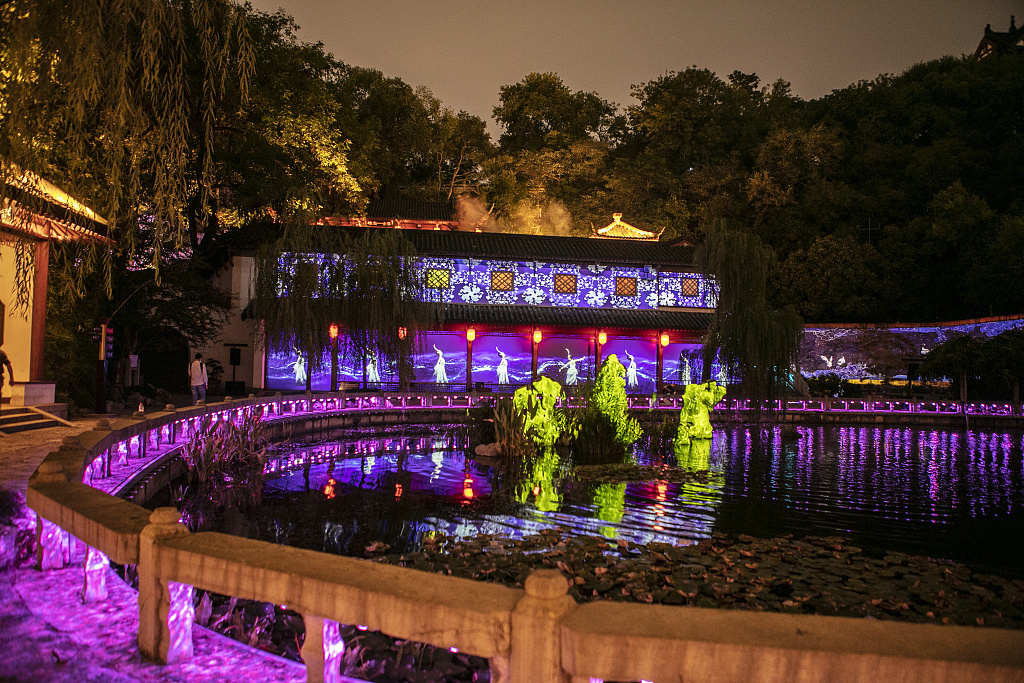 The Yellow Crane Tower, a landmark in Wuhan, will launch night tours during the upcoming National Day and Mid-Autumn Festival holiday from Oct. 1 to 8. It will be the first time the historic building will be open at night since it opened to the public in 1985 after reconstruction. 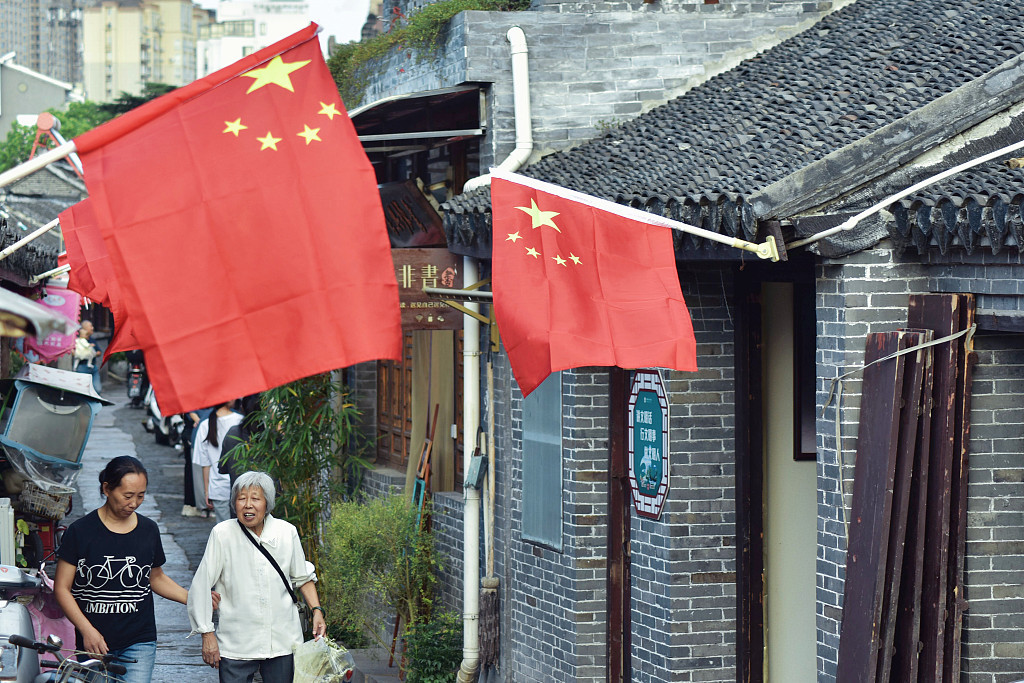 A historical and cultural street in Rugao City, Jiangsu province, is decorated with national flags to mark the 71st anniversary of the founding of the People's Republic of China, Sept. 27, 2020.