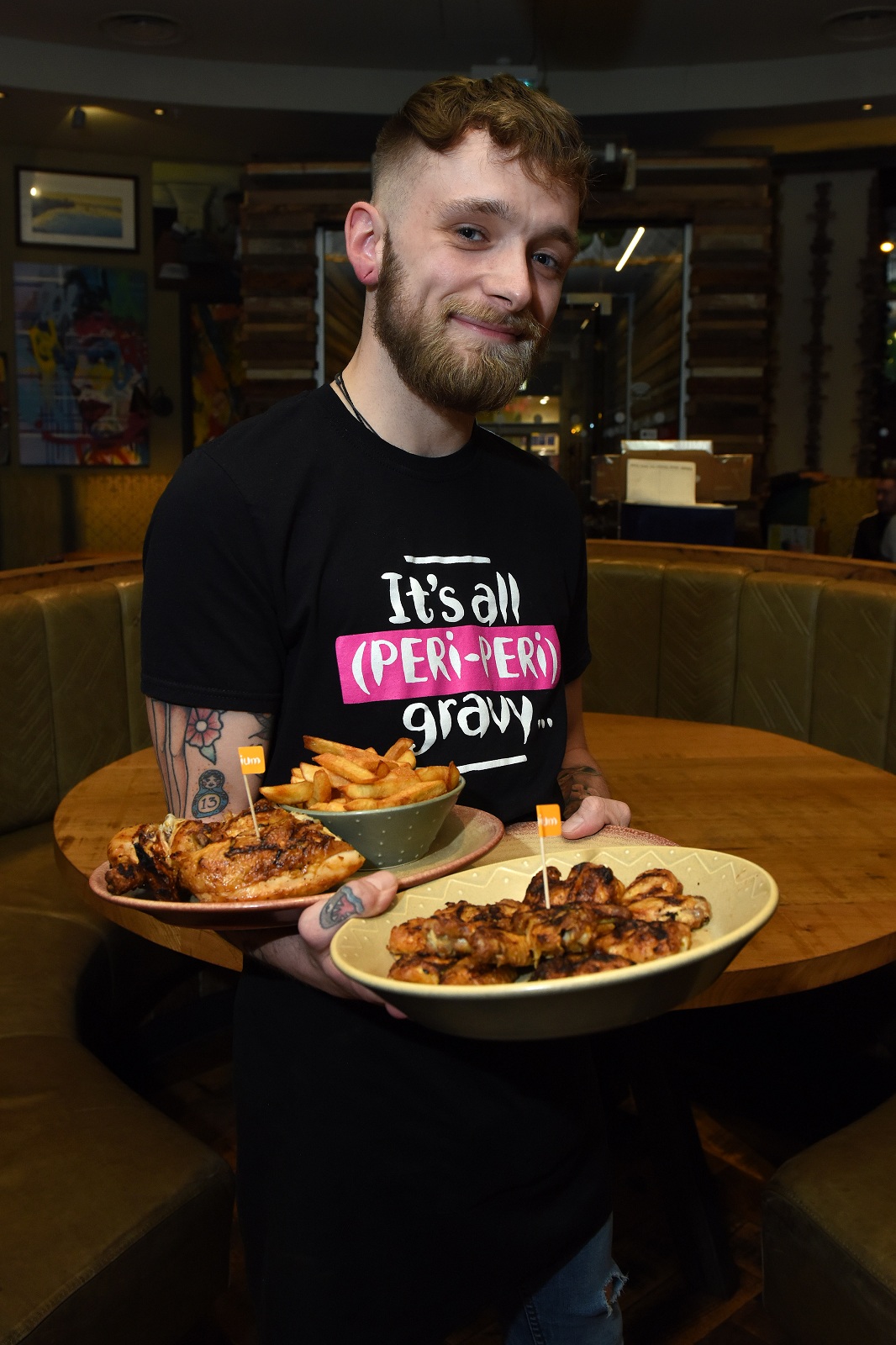 A Nandos waiter with one hand has claimed to be the best server in the company as he can juggle several plates at once despite his disability. Jordan Davis, 22, was born with a rare birth defect called symbrachydactyly, which causes missing limbs. [Photo:IC] 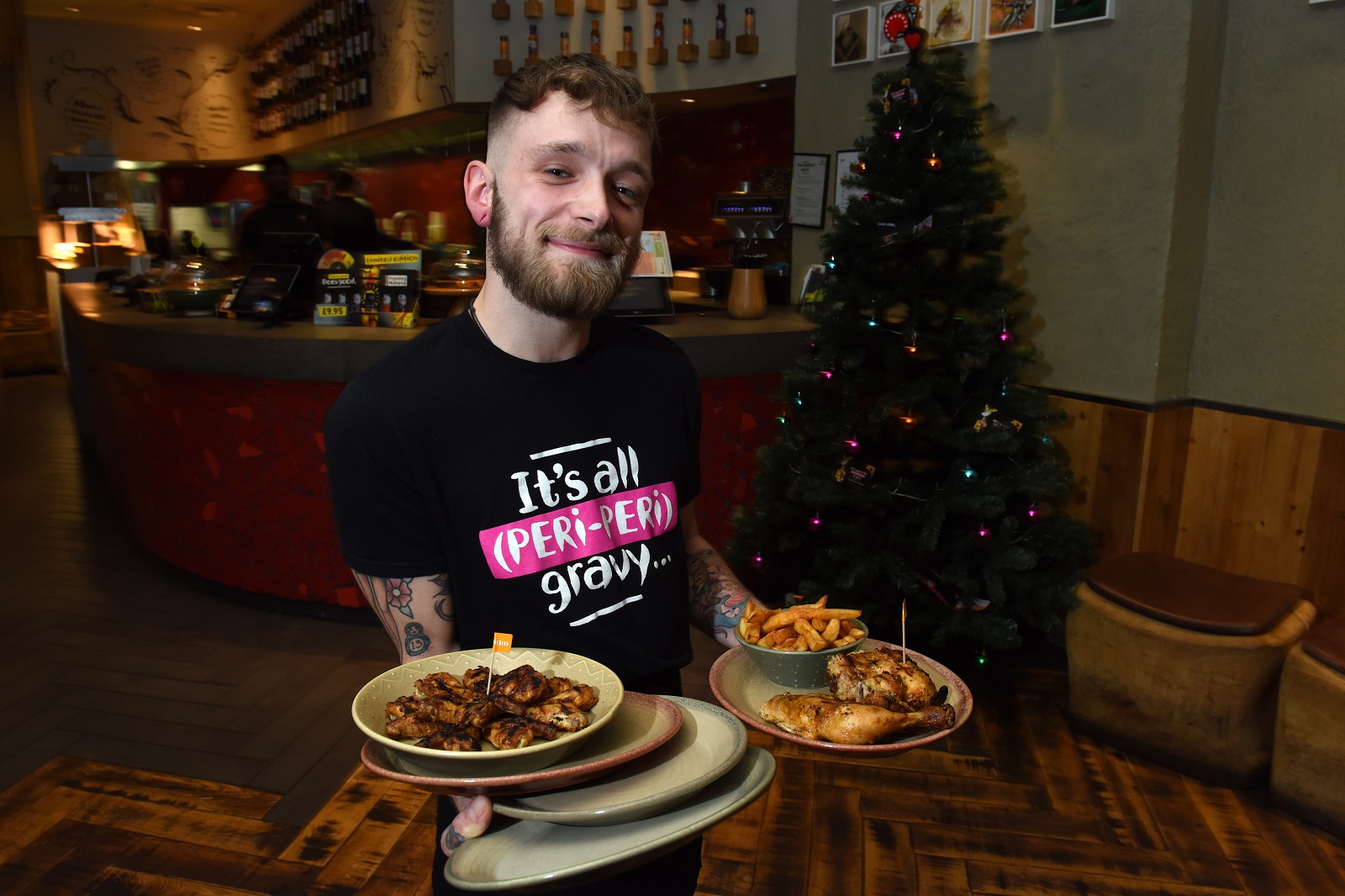 Despite being bullied throughout school for only having one hand, Jordan landed himself a job at Nandos.[Photo:IC] 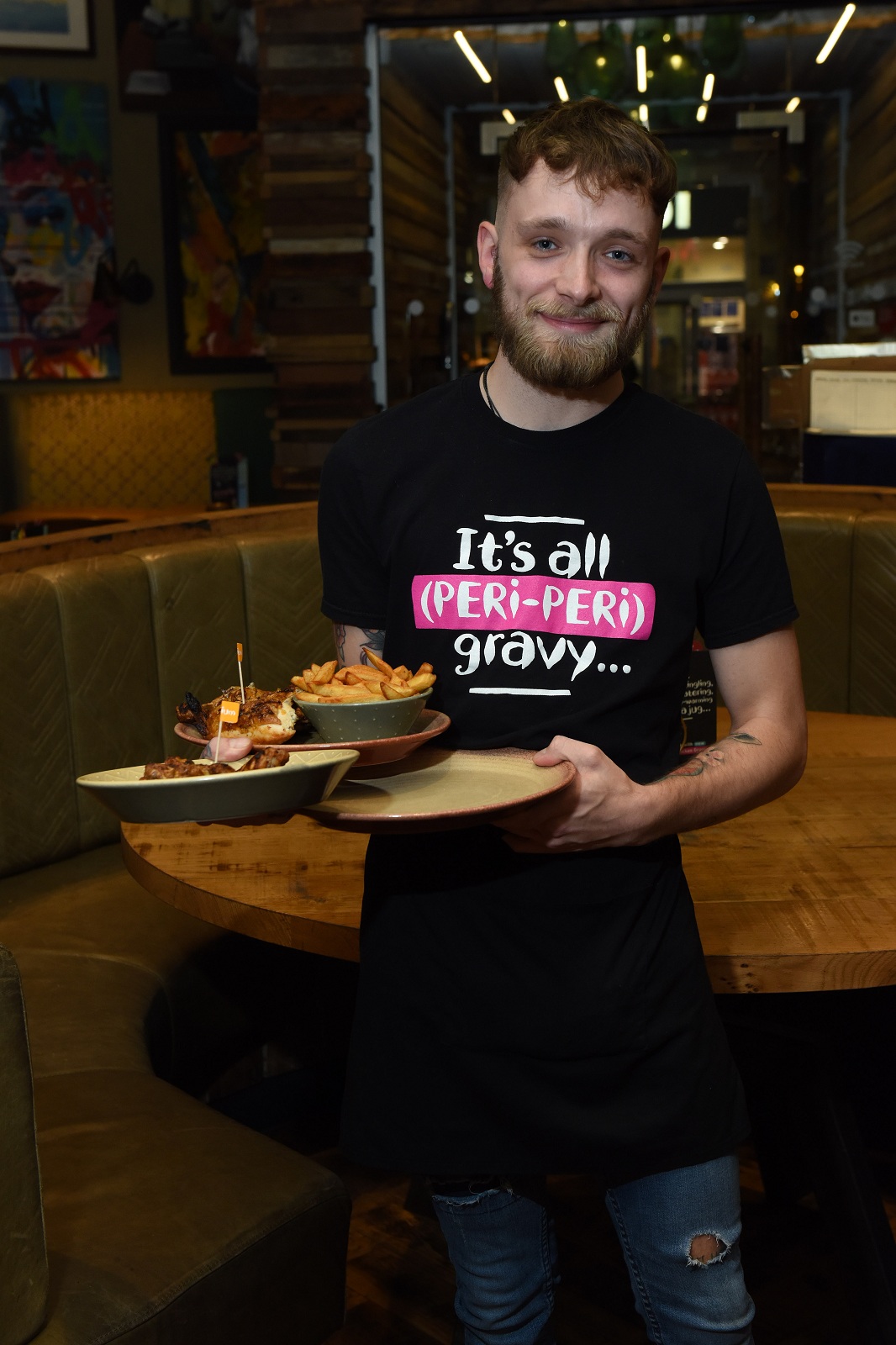 After claiming he can easily juggle more plates than his colleagues, Jordan believes he's one of the best servers in the UK. [Photo:IC]

With only one functioning hand, Jordan has small stumps for fingers on his right hand.[Photo:IC]