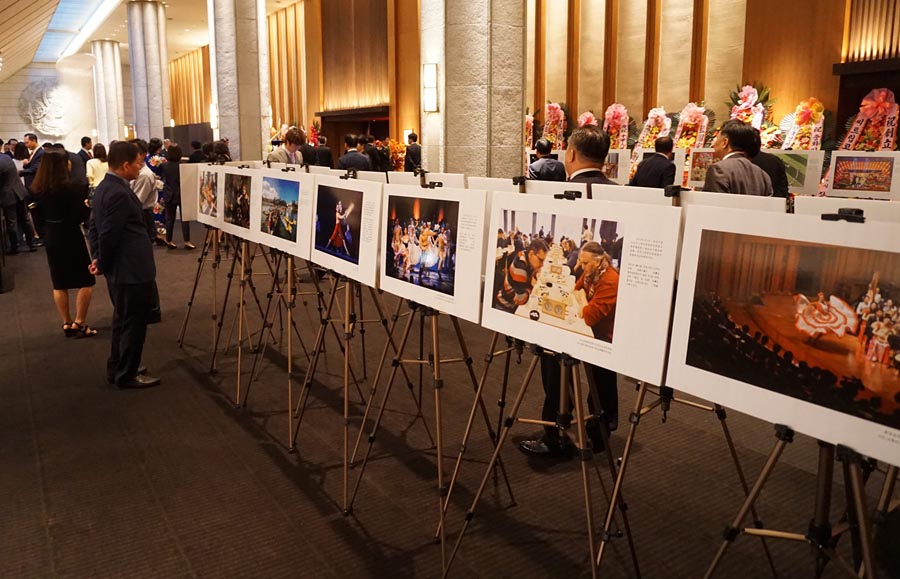 Visitors look at images on display at an exhibition highlighting people-to-people exchanges over the five years of the Belt and Road Initiative in Seoul in September 2018. 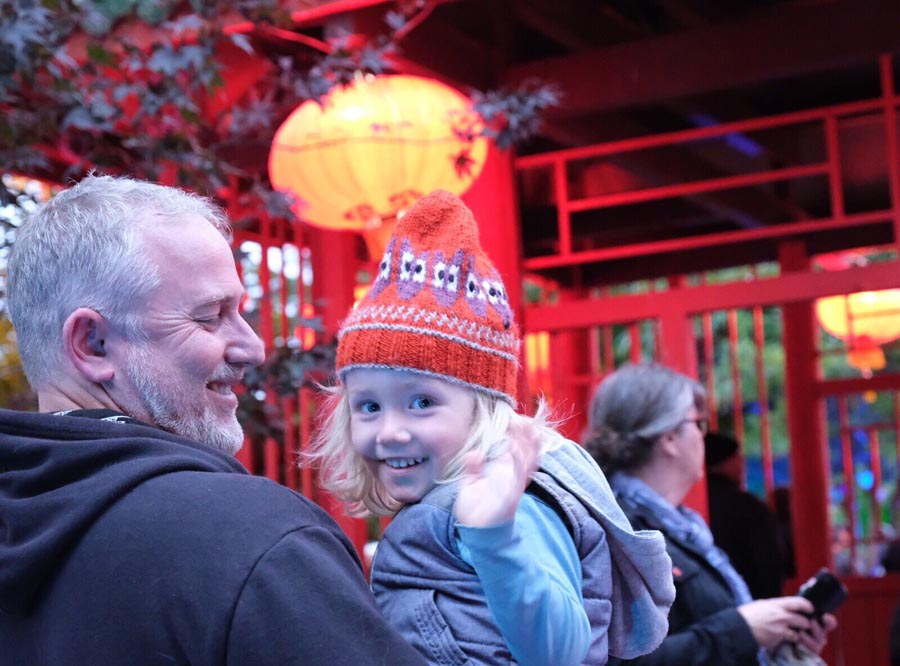 A child waves and smiles at the camera during the 10th Chinese Lantern Festival in Hastings, New Zealand, on April 5, 2019. The festival was co-hosted by Hastings city government and the China Cultural Center in New Zealand to celebrate the China-New Zealand Tourism Year. 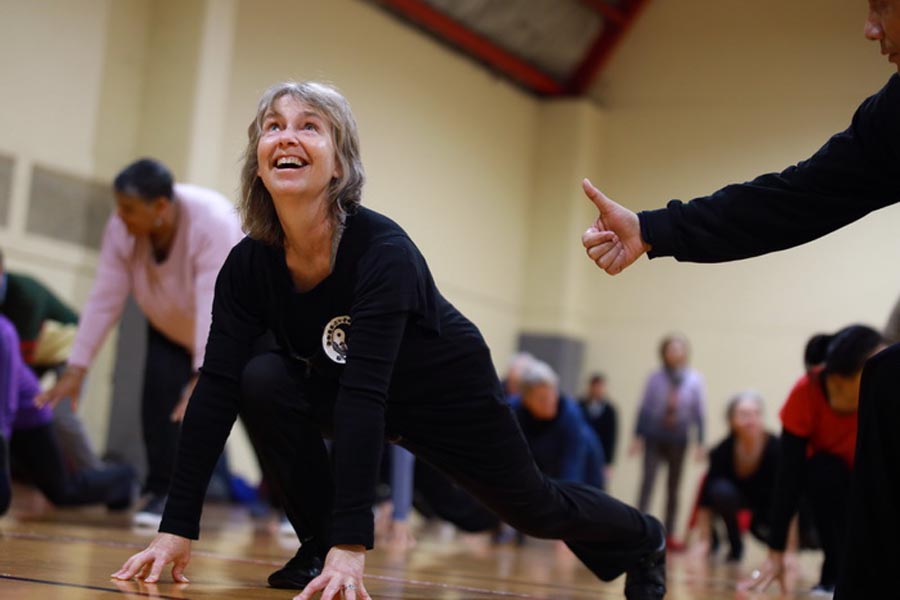 People practice qigong (Chinese breathing exercise) in Wellington on April 17, 2019, during a tai chi themed event organized by the China Cultural Center in New Zealand and the Network of International Culturalink Entities. 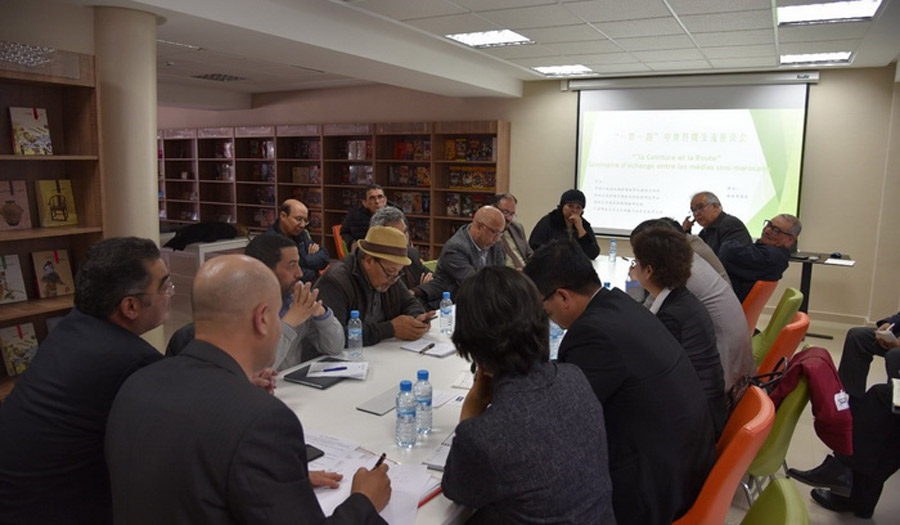 Around 20 Moroccan media representatives attend a BRI themed meeting at the China Cultural Center in Rabat on April 6, 2019 to promote media cooperation between the two countries. 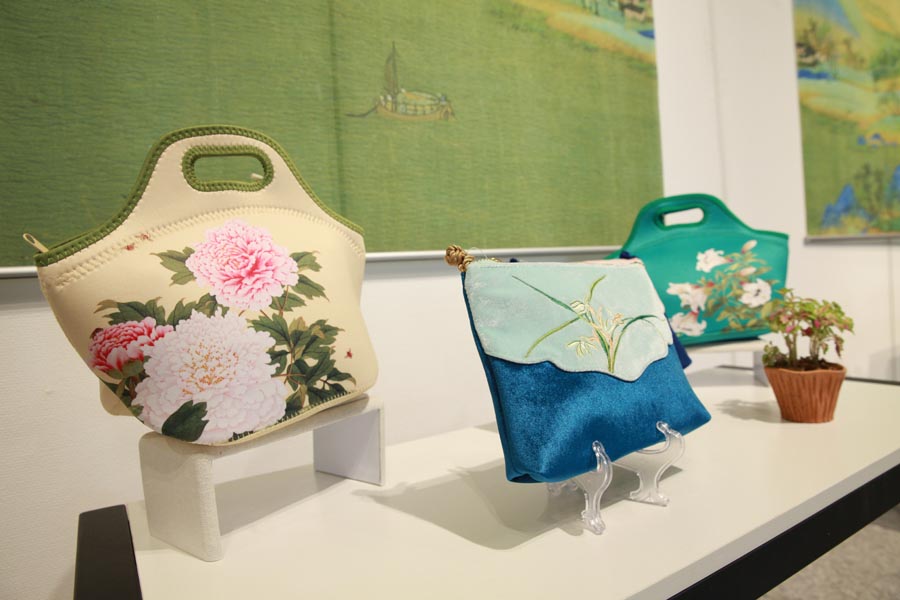 Cultural creative products on display at the China Cultural Center in Bangkok on June 2, 2018. The event displayed creative cultural products from the Palace Museum in Beijing, which allowed global visitors to take a closer look at new ideas from China's culture industry. 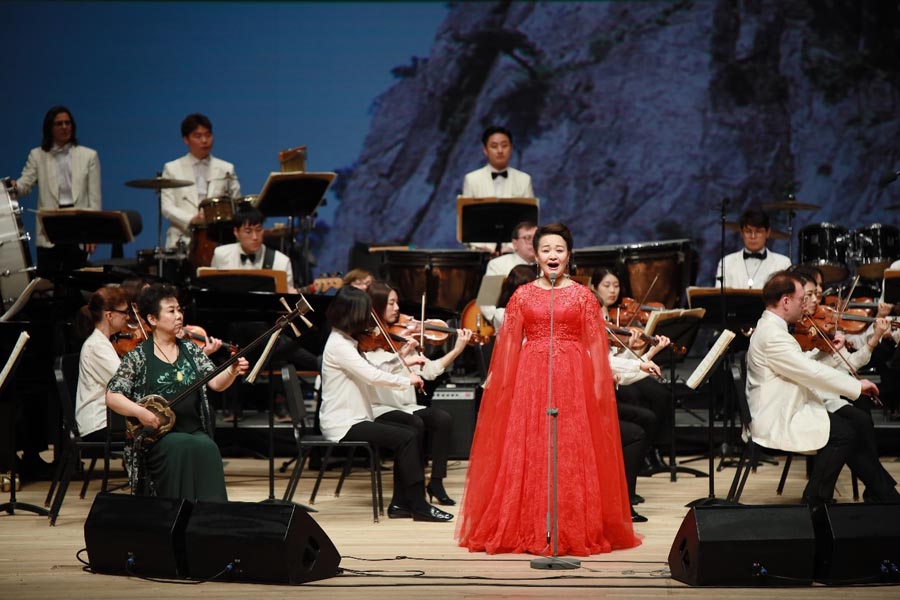 Artists perform at the China-South Korea Friendship Concert at the Sejong Grand Theater in Seoul on Jan 12, 2019. The concert featuring both Chinese and South Korean artists celebrated the Chinese New Year. 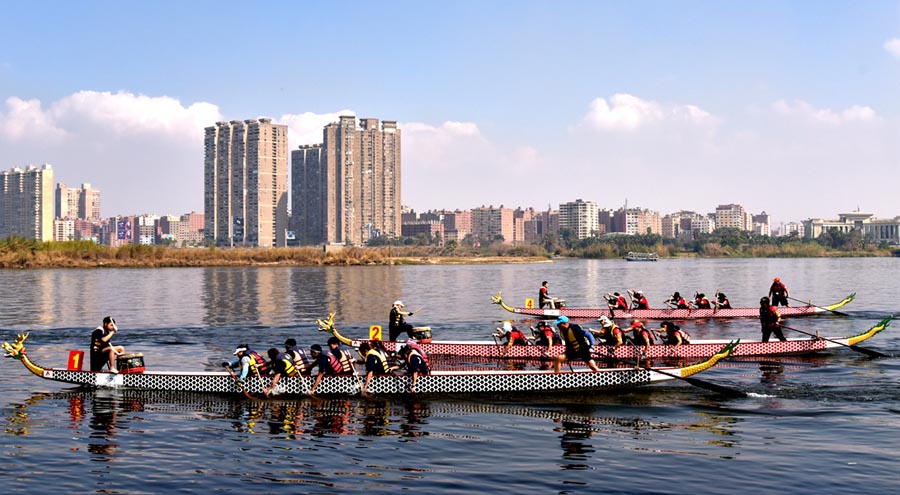 Paddlers compete in the Dragon Boat Race in Cairo, Egypt, on Feb 23, 2019. An international dragon boat festival was held to celebrate the Chinese New Year, with over 200 paddlers of 24 teams from several countries including China, Egypt, the United States, Australia, the Philippines and Singapore. 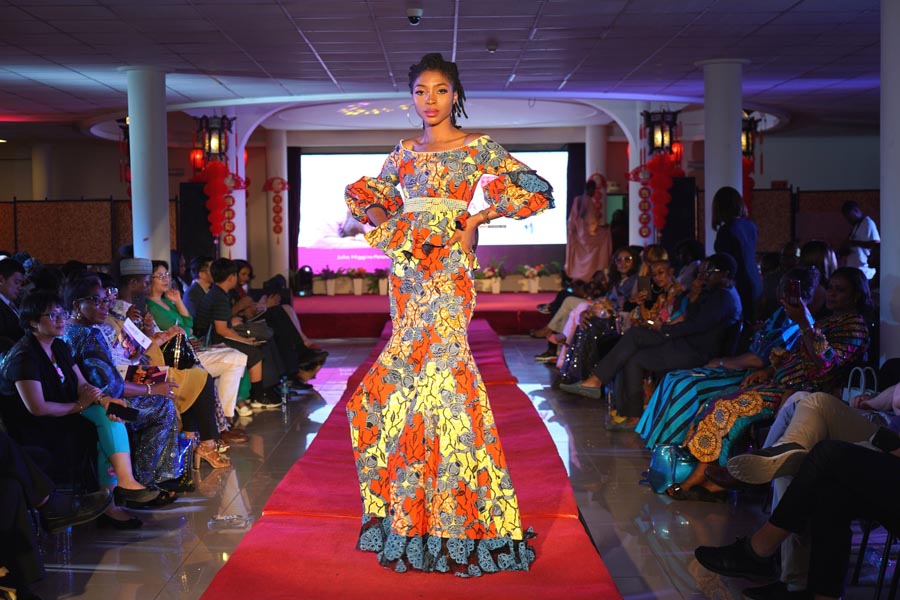 A Nigerian model walks the runway at the China Cultural Center in Abuja, Nigeria, on March 7, 2019, as part of a cultural event celebrating the International Women's Day. A wide array of cultural activities, such as fashion show, art exhibition, folk music performance and food festival, were held to showcase various achievements made by women from both China and Nigeria. 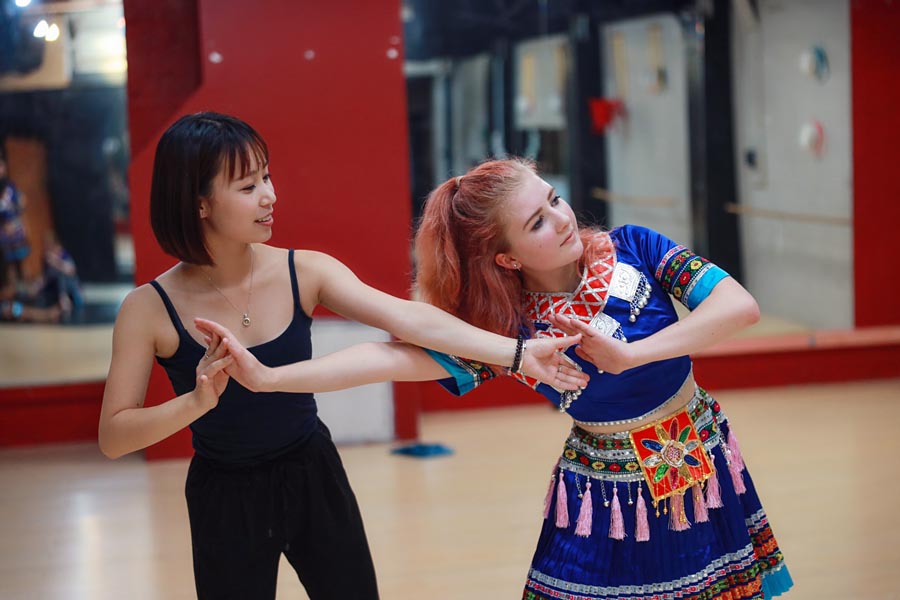 Zhang Ya, a teacher with the Oriental Dance Academy in Wellington, guides a student in a traditional dance of the Miao ethnic group. The dance integrates scenes and performance elements of Miao festivals, agriculture and entertainment, embodying the optimistic and positive character of the local women. 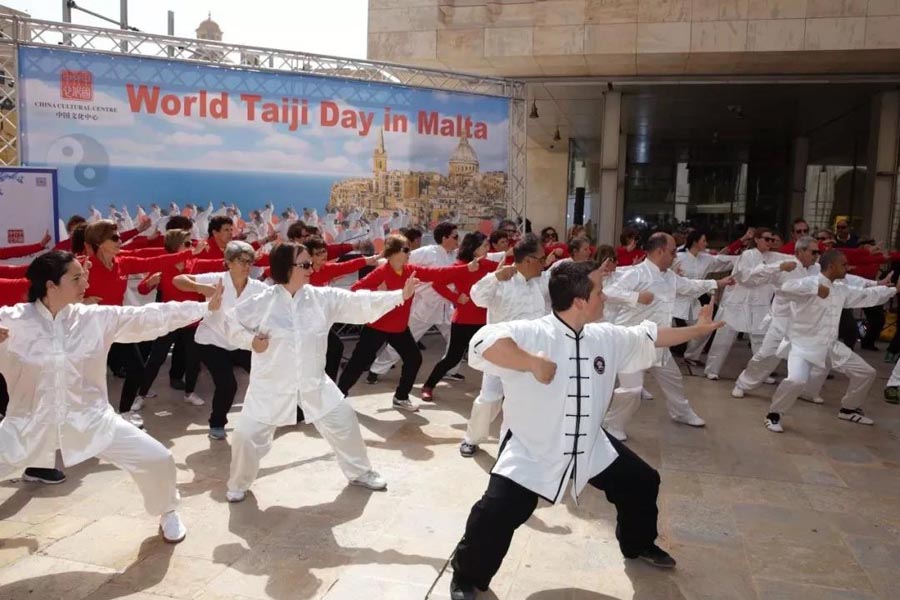 Maltese participate in the 13th World Tai Chi Day in Valletta, Malta, on April 27, 2019. The event featured lectures and practices of tai chi. 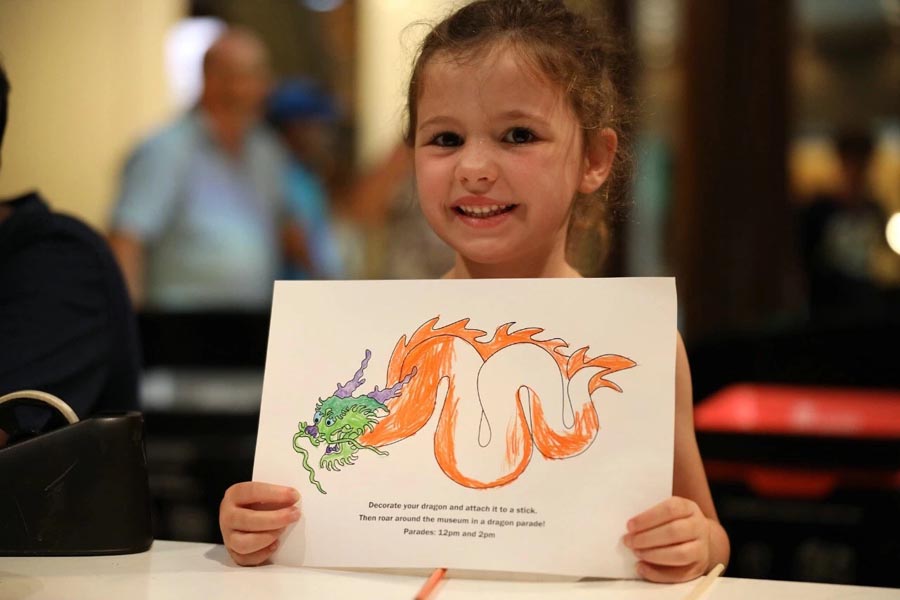 A New Zealand child poses for a photo with a picture of a Chinese dragon she colored at the Te Papa museum in Wellington on Jan 23, 2019. She was among 100 children who participated in a family day activity, Coloring Chinese Dragons and Terracotta Warriors, during the museum's exhibition, Terracotta Warriors: Guardians of Immortality. 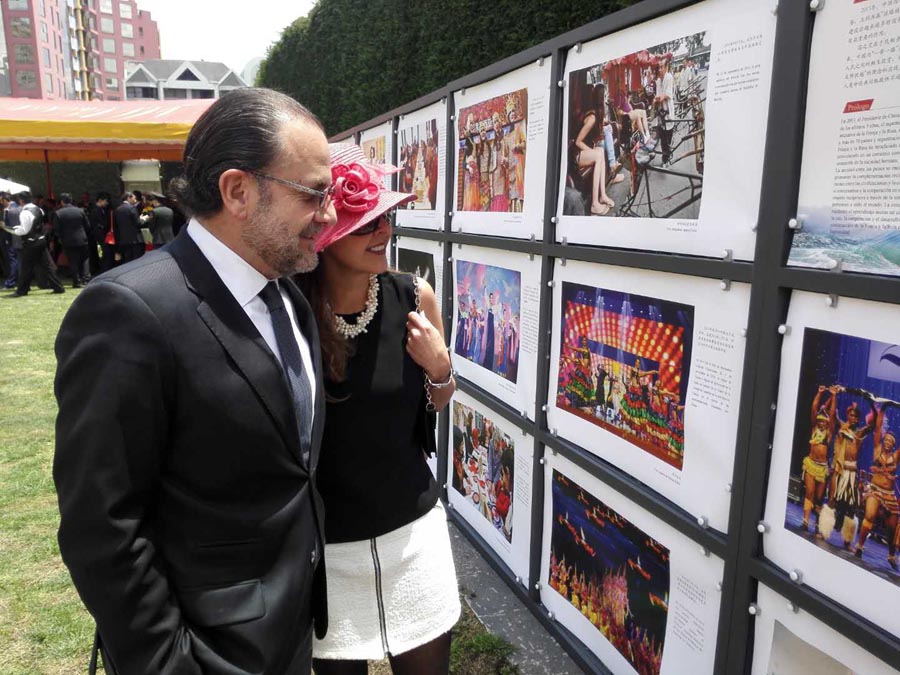 Visitors look at photos on display at an exhibition highlighting people-to-people exchanges over the five years of the BRI at the Chinese embassy in La Paz, Bolivia, on Sept 26, 2018. (Photos: Chinaculture.org)