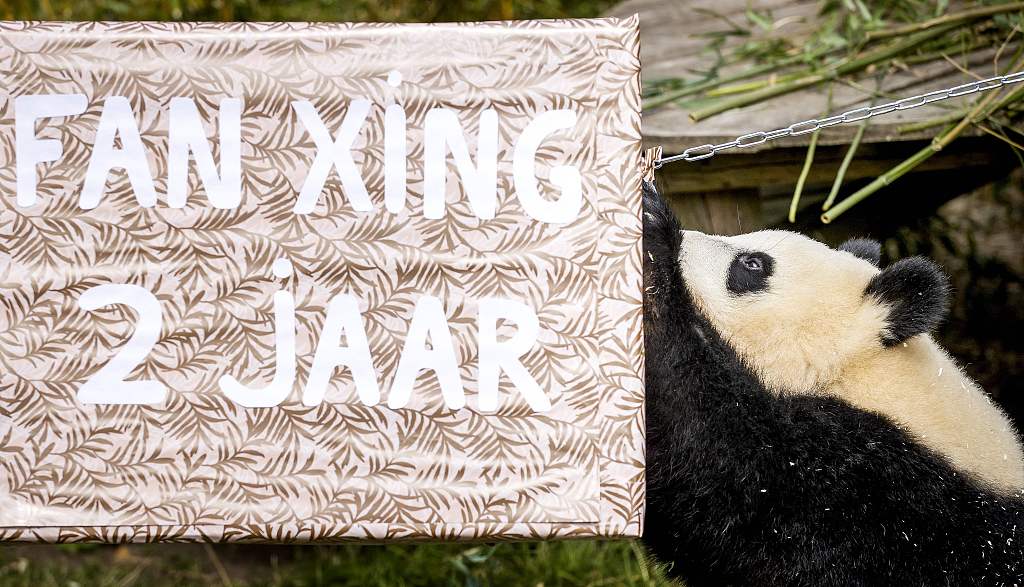 Giant panda Fan Xing celebrates his second birthday at the Ouwehands Zoo in Rhenen, the Netherlands on May 1, 2022. /CFP 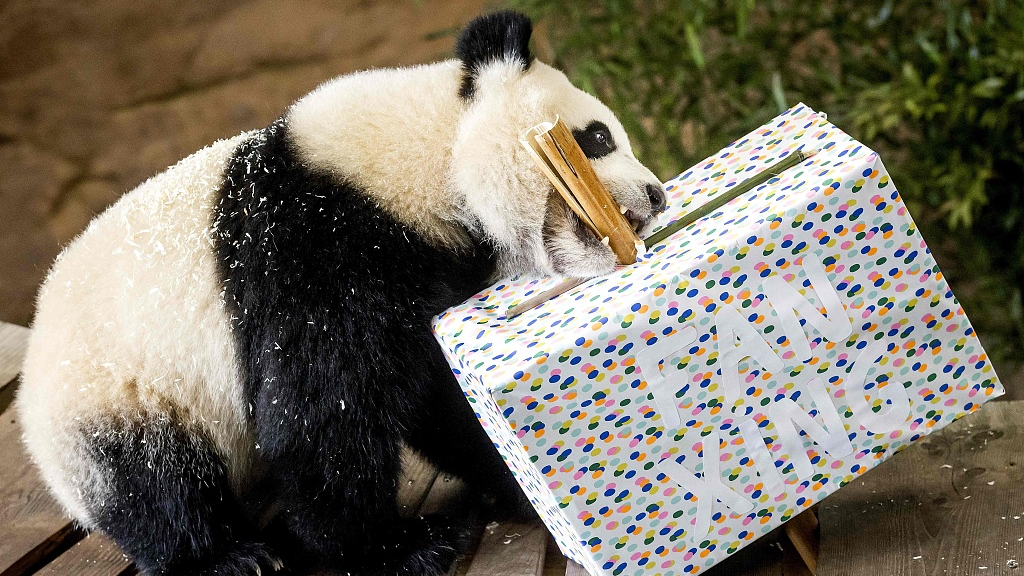 Born on May 1, 2020, Fan Xing is the first offspring of giant pandas Wu Wen and Xing Ya, which were brought to the Ouwehands Zoo on loan from China in 2017. This year, the park is celebrating Fan Xing's birthday with visitors before he leaves for China in the autumn. /CFP 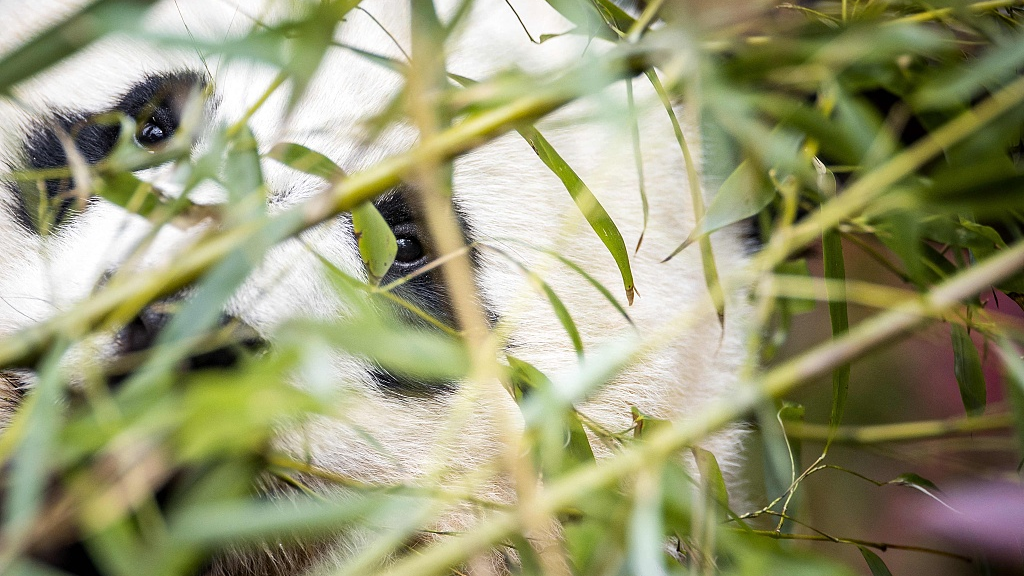 The young animal could have stayed in Rhenen for another two years, but in the wild giant pandas usually leave their mothers in the second year of life. And thus Ouwehands has already removed the young panda from its mother, also with the hope that mother Wu Wen would become pregnant again. /CFP 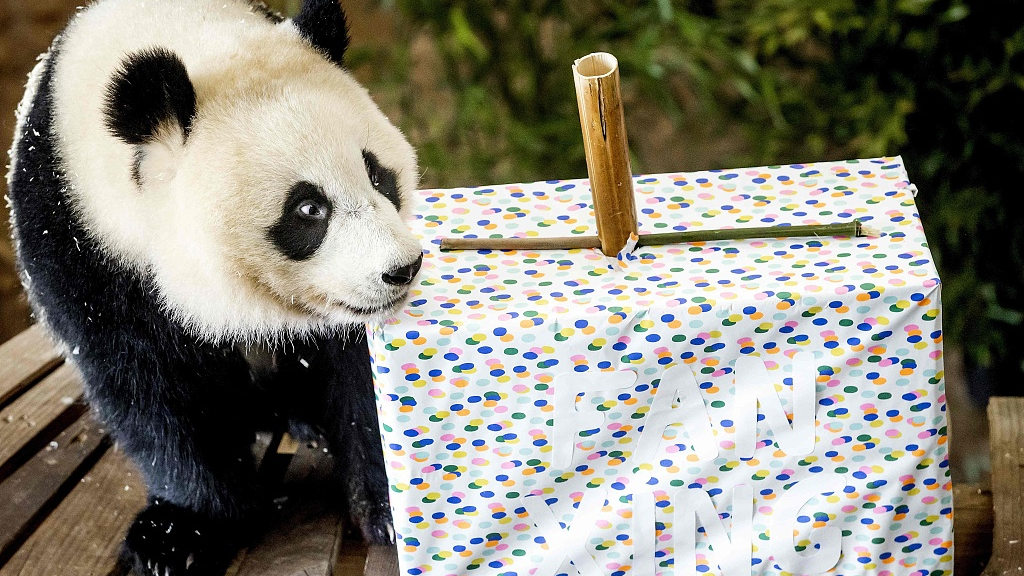 Wu Wen and Xing Ya will reportedly live in Rhenen for another 10 years. The cubs they have may stay at the Rhenen Zoo for a maximum of four years and will then be returned to the breeding center in China. /CFP