Ten-year-old male panda Youyou walks outdoors. Youyou is a star. It's one of 10 giant panda cubs displayed at the 2010 World Expo held in Shanghai. 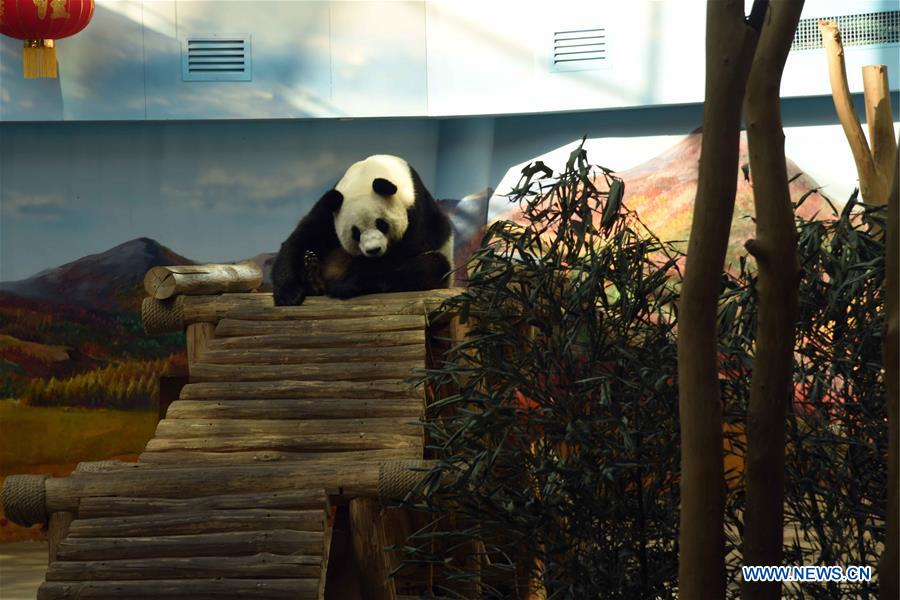 Youyou and Sijia came to the panda house at Yabuli Ski Resort, the country's largest ski resort, in July 2016. 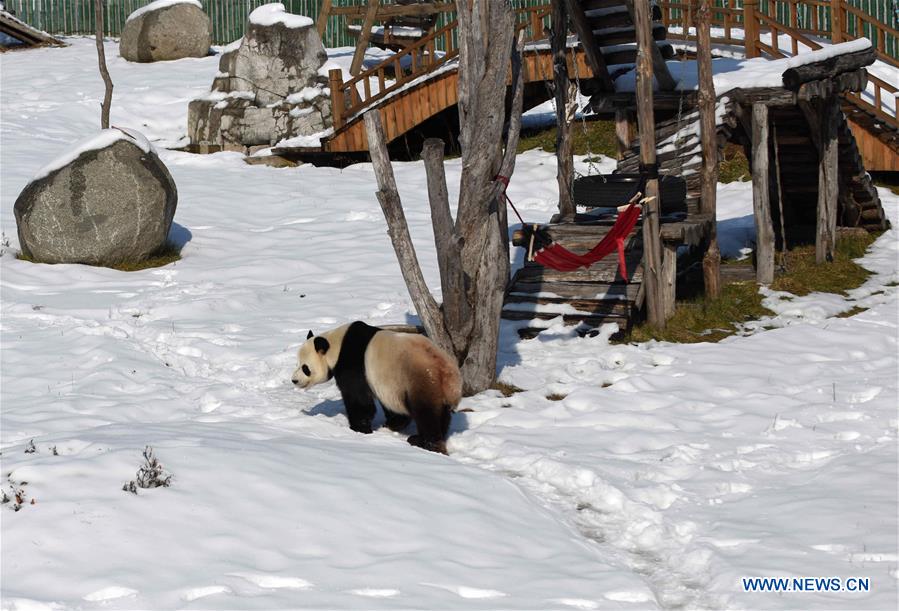 They were born in Ya’an and Wolong, respectively, in Southwest China’s Sichuan Province, which are thousands of miles away. 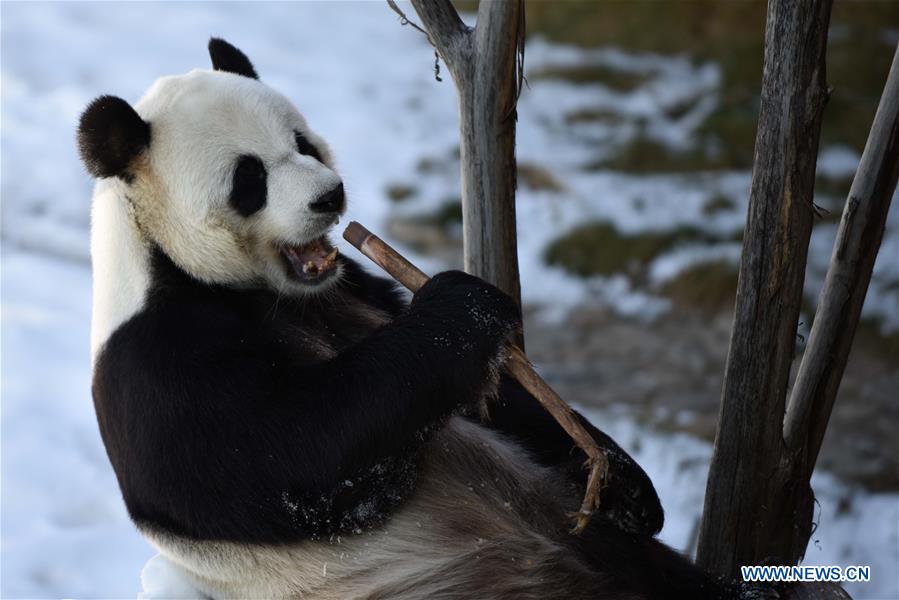 They are both the progenies of Basi, the model for Pan Pan, the mascot of the 1990 Asian Games. Basi died at a panda research base in Fuzhou, East China's Fujian Province, in 2017 at the age of 37. 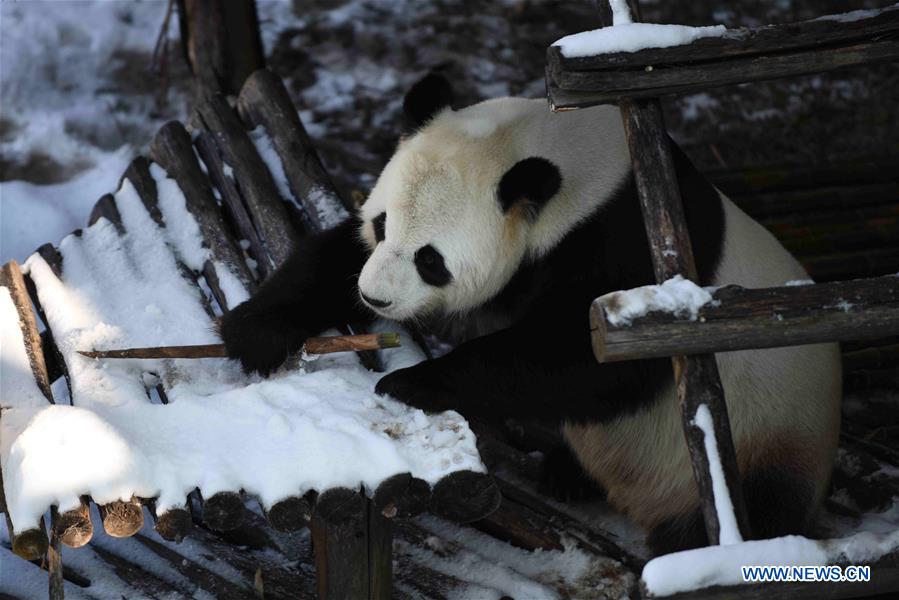 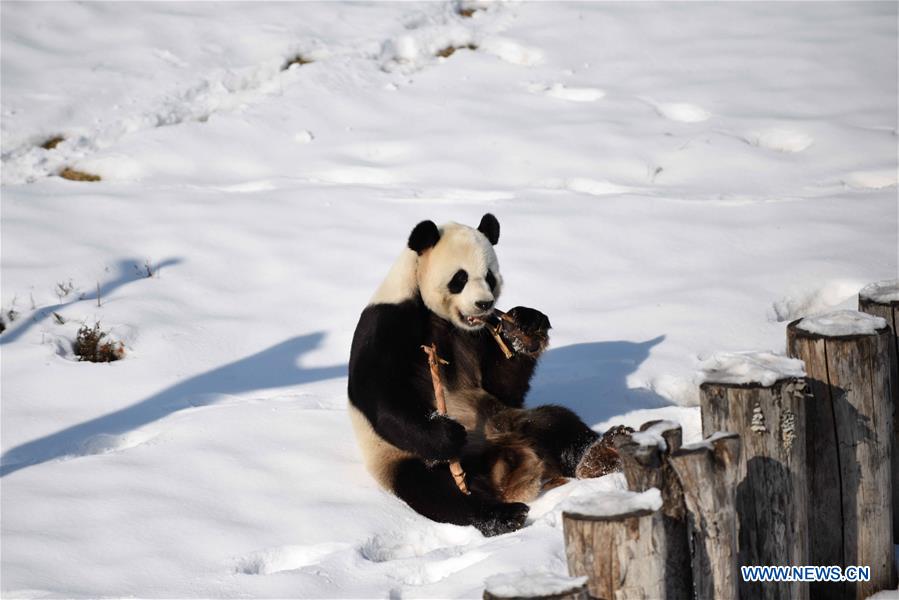 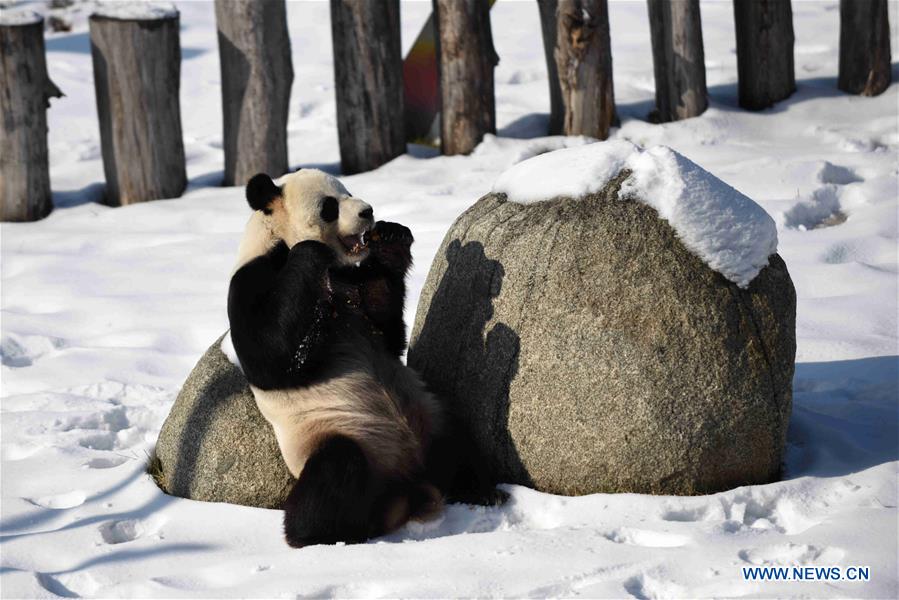 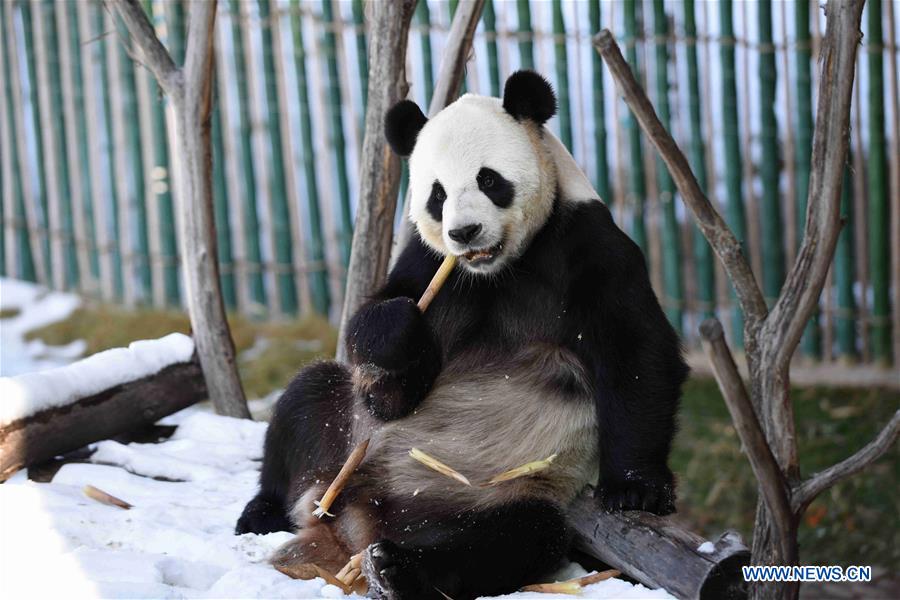 The bamboo they eat are delivered weekly from Sichuan. (Compiled by Huang Jingjing)