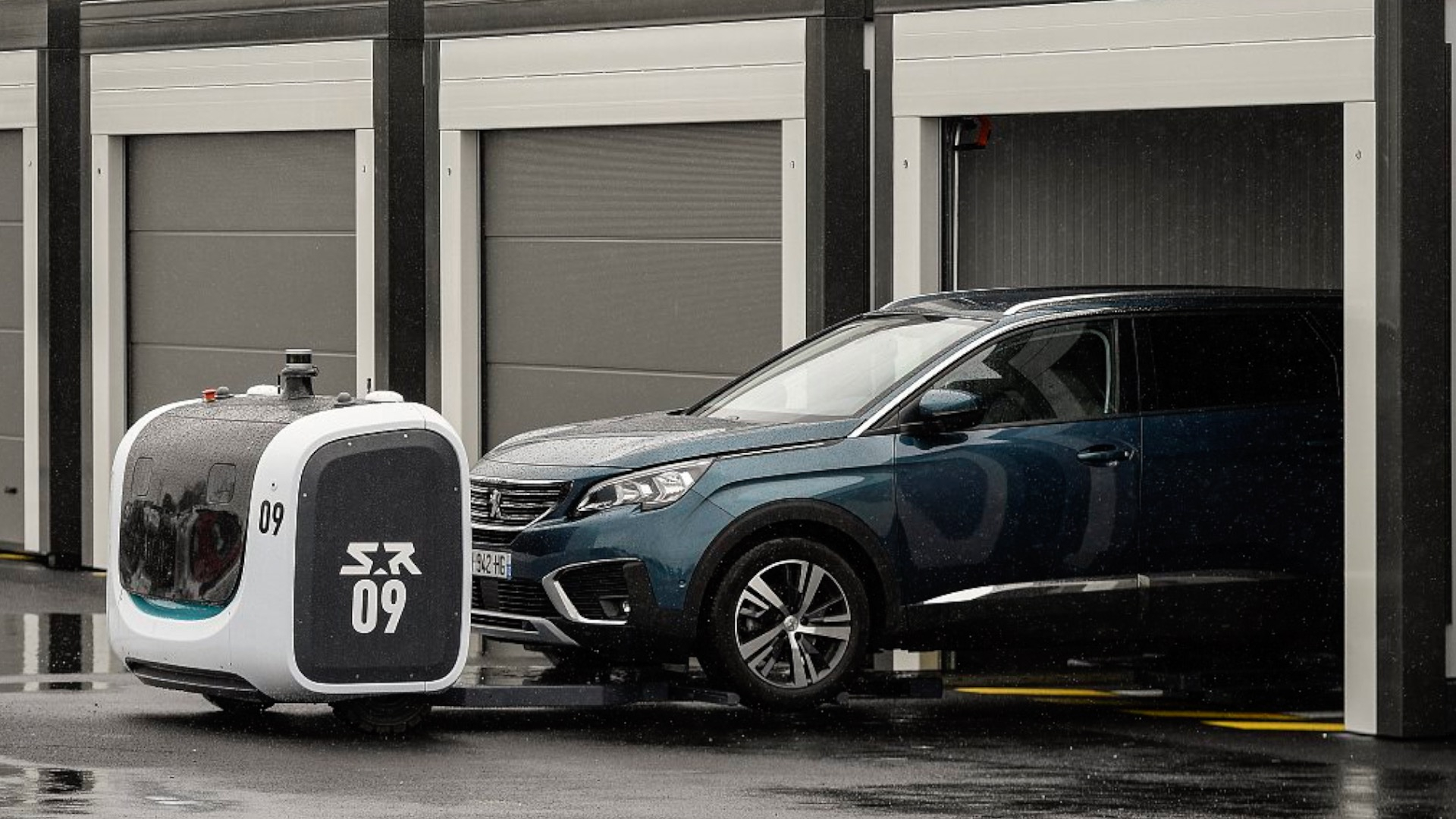 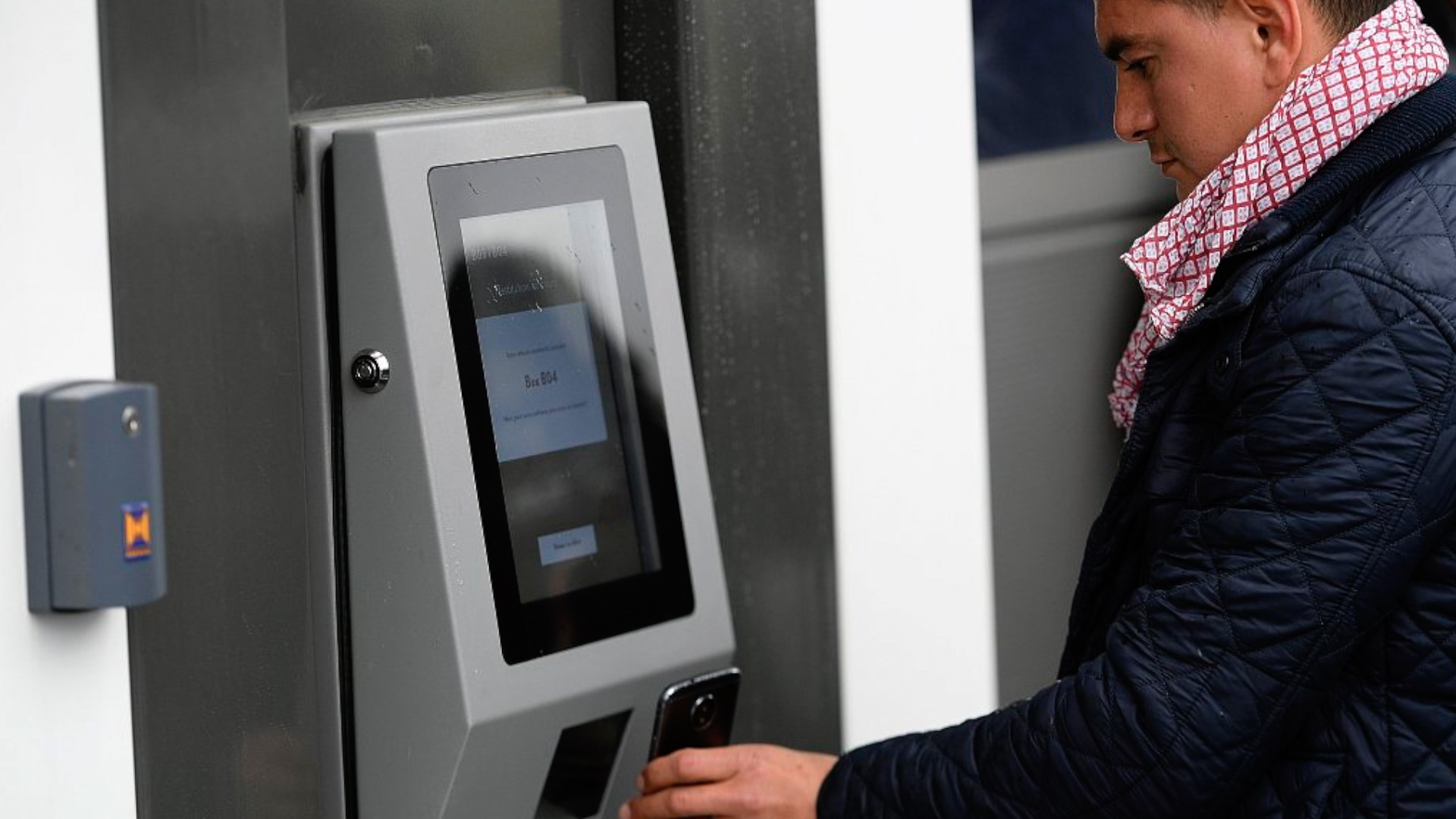 People need to park their vehicles at a drop-off point first to use this service and then start a robot through the application on touching screens. /VCG Photo 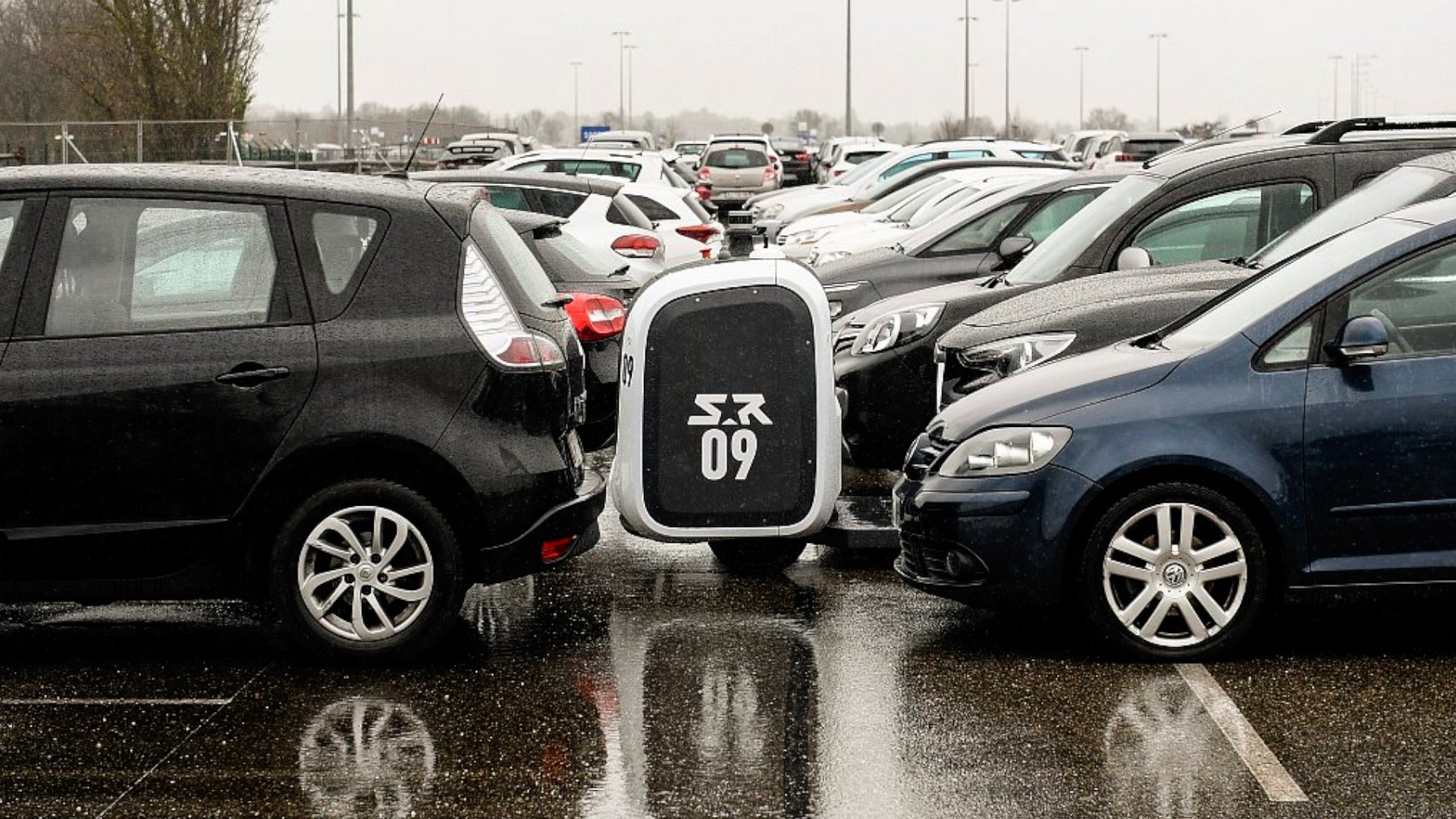 Robot valets have been applied to artificial intelligence and military GPS. /VCG Photo 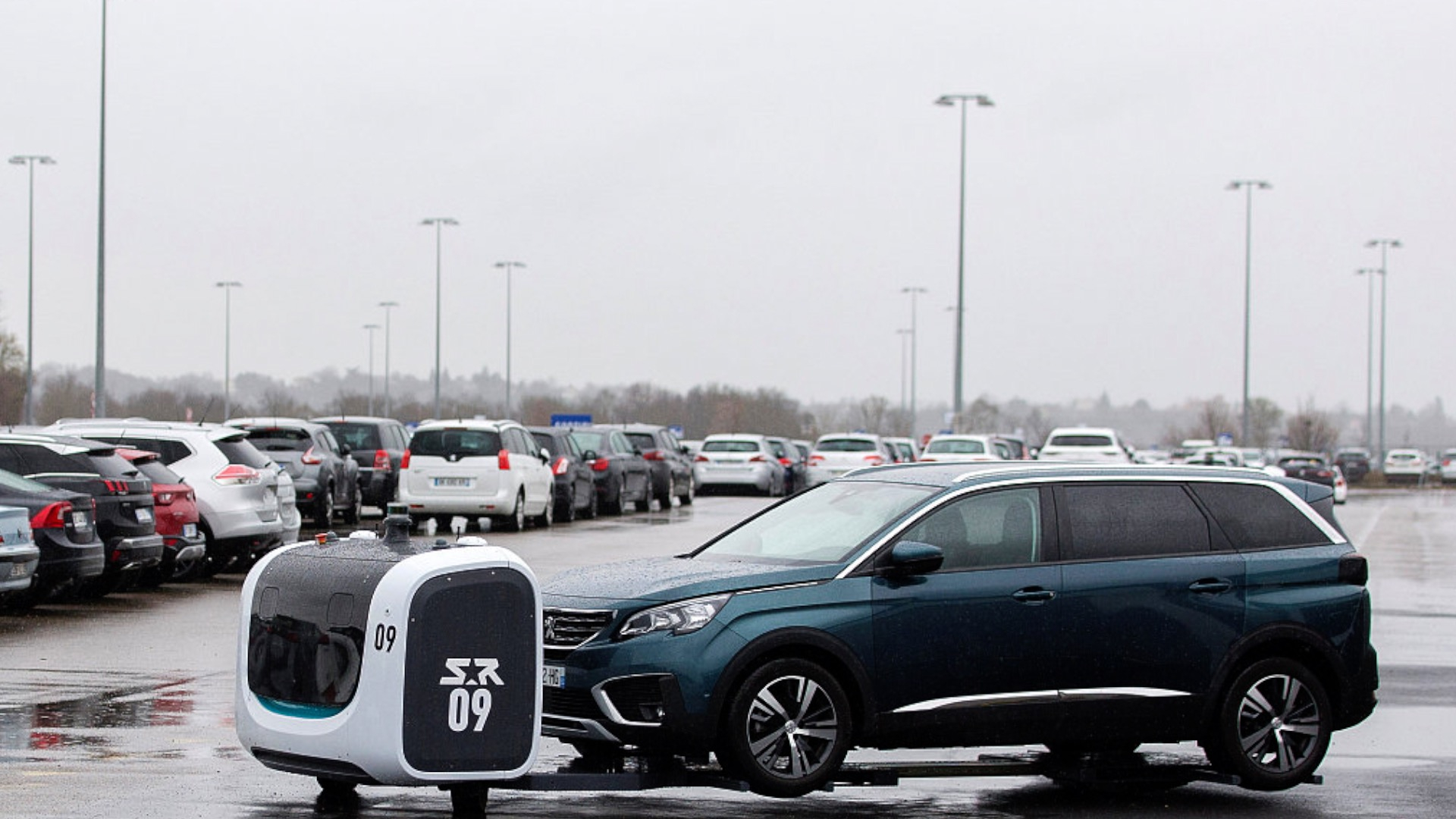