People from all walks of life make contributions to China's development 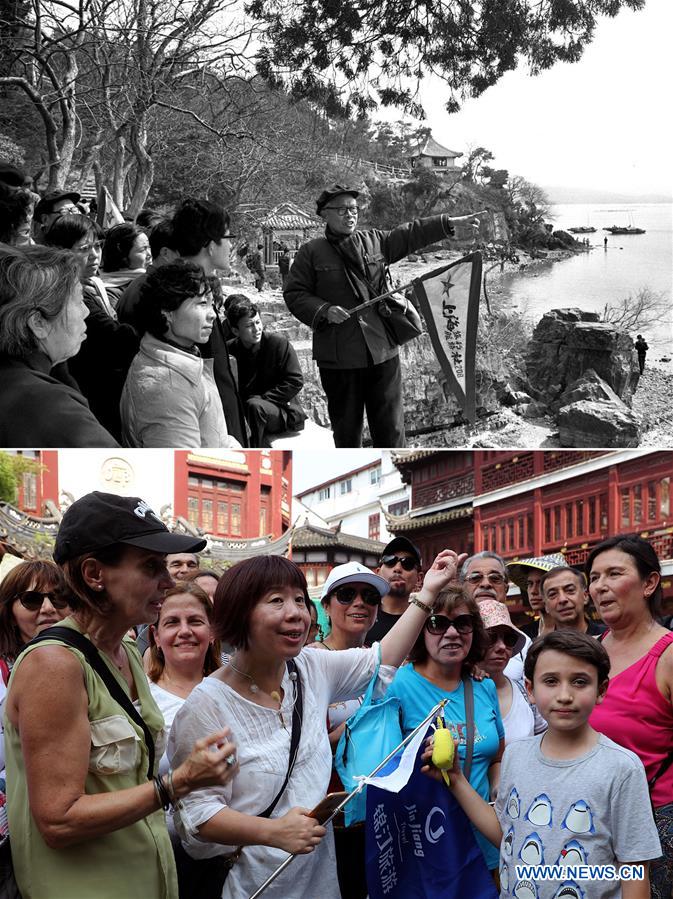 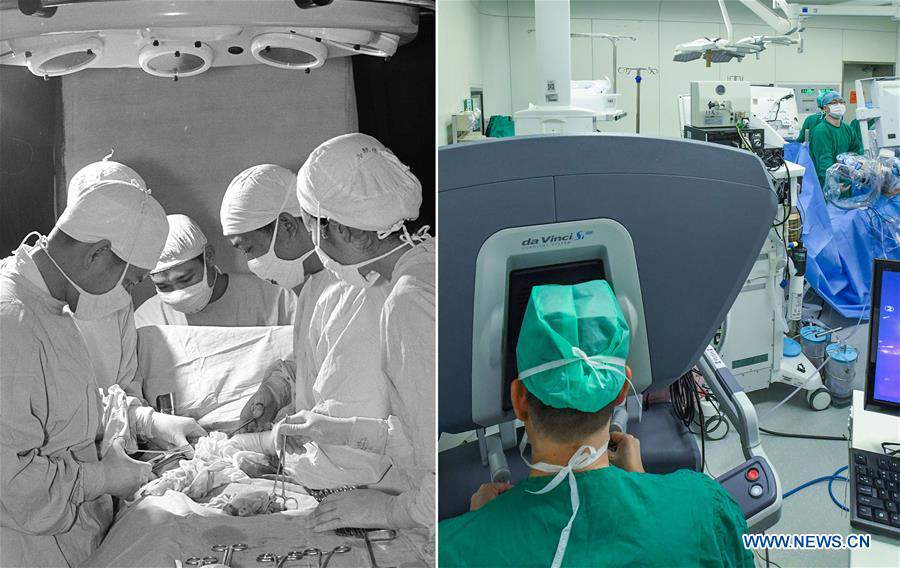 Left: File photo taken in 1975 shows doctors performing a gallbladder removal surgery (cholecystectomy) at a health center in Zhongshan, south China's Guangdong Province. Right: Photo taken on July 18, 2019 by Liu Dawei shows Chen Lingwu (L), director of the Department of Urology at the First Affiliated Hospital of Sun Yat-sen University, conducting an operation to repair the fallopian tube with the help of a robot-assisted laparoscope at the hospital in Guangzhou, capital of Guangdong. 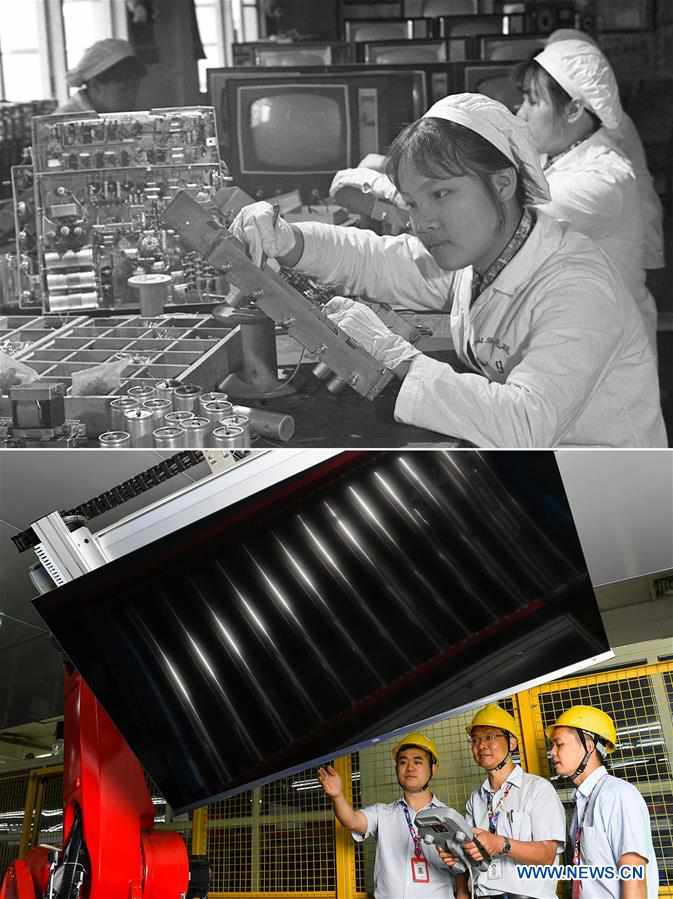 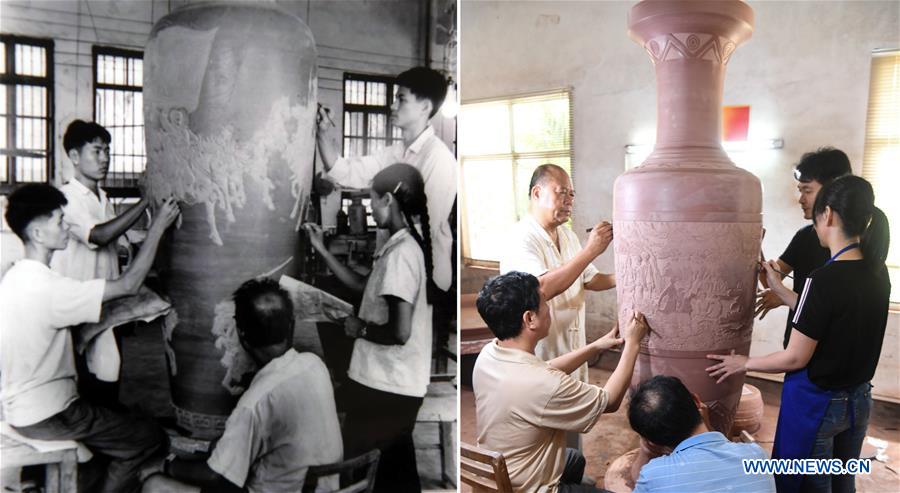 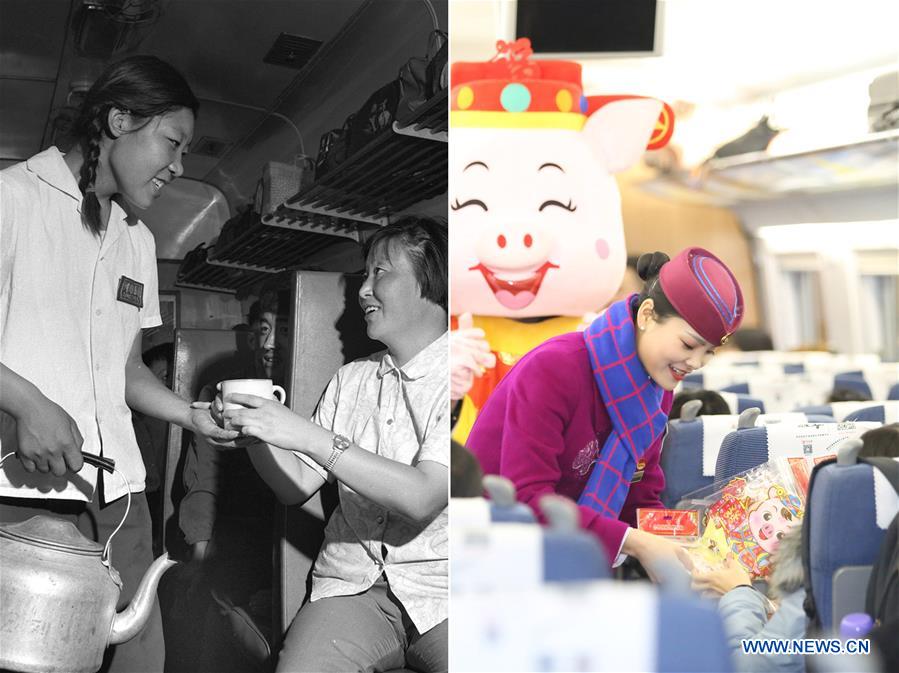 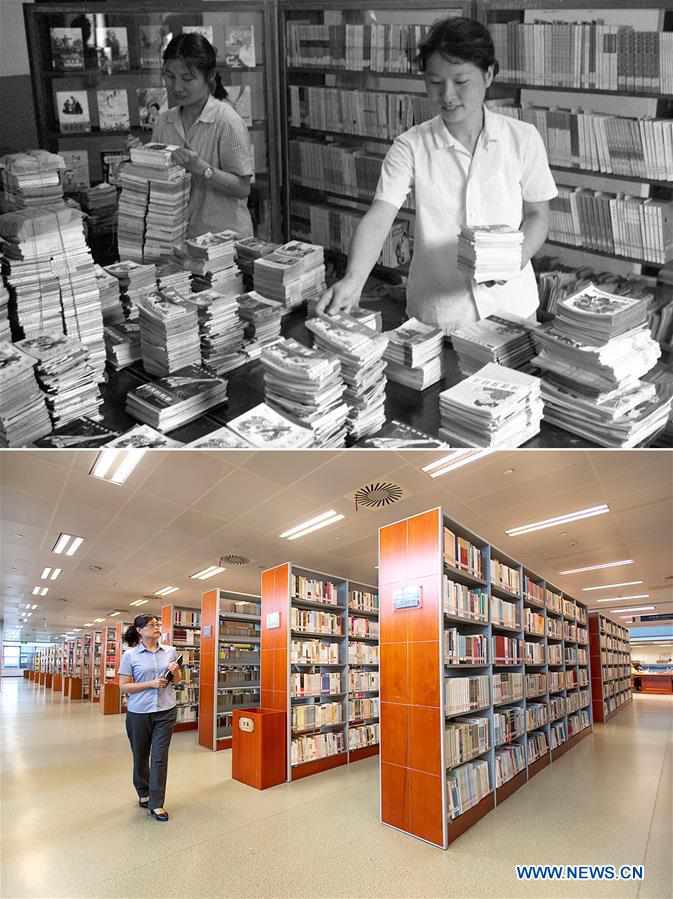 Top: File photo taken in 1979 by Zhang Shenming shows staff members sorting books for children at Wuhan Children's Library in Wuhan, capital of central China's Hubei Province. Bottom: Photo taken on June 21, 2019 by Xiong Qi shows He Jing, a staff member of Hubei Provincial Library, inspecting the library in Wuhan. "When I started to work in the library, my colleagues had to label each book with a card, by which readers could find books they wanted. 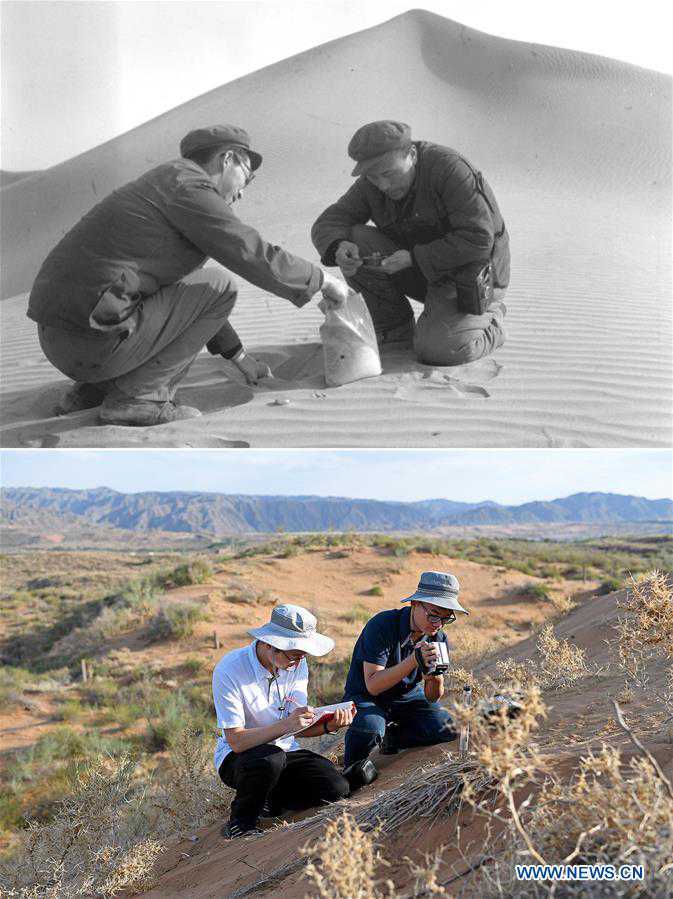 Top: File photo taken in 1977 by Fan Mingtao shows Lu Lilian from Zhengzhou Railway Bureau patrolling the railway line at night. Bottom: Photo taken on Jan. 21, 2019 by Li An shows rail flaw detectors from the Zhengzhou section of China Railway Zhengzhou Group Co., Ltd. on the way for work. Instead of adopting simple methods like observing and striking rails with a hammer to detect rail flaws in the past, railway workers now carry out flaw detection with advanced equipment. 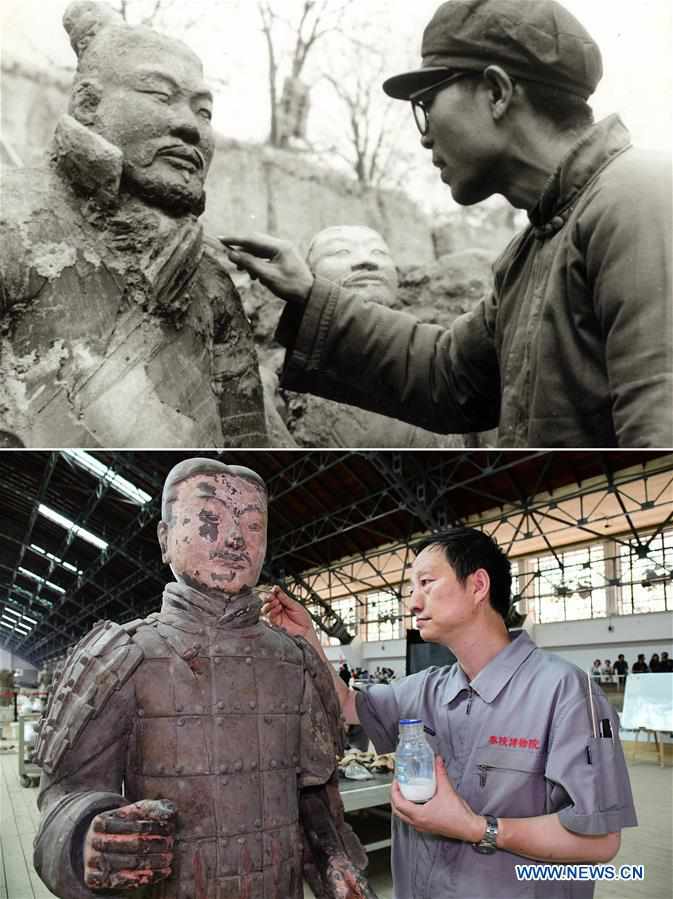