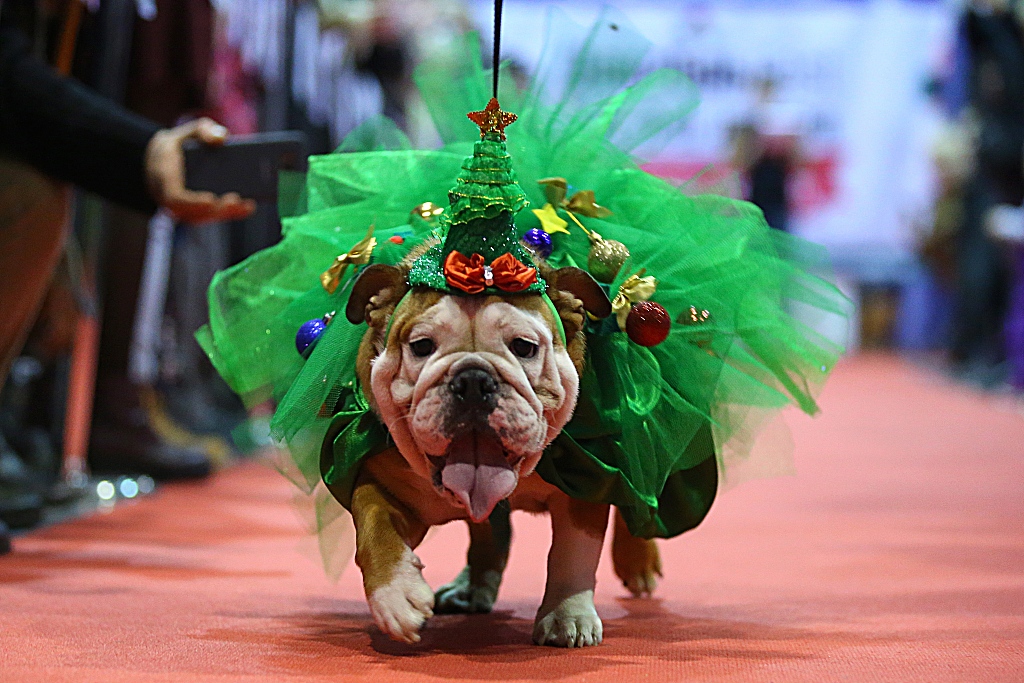 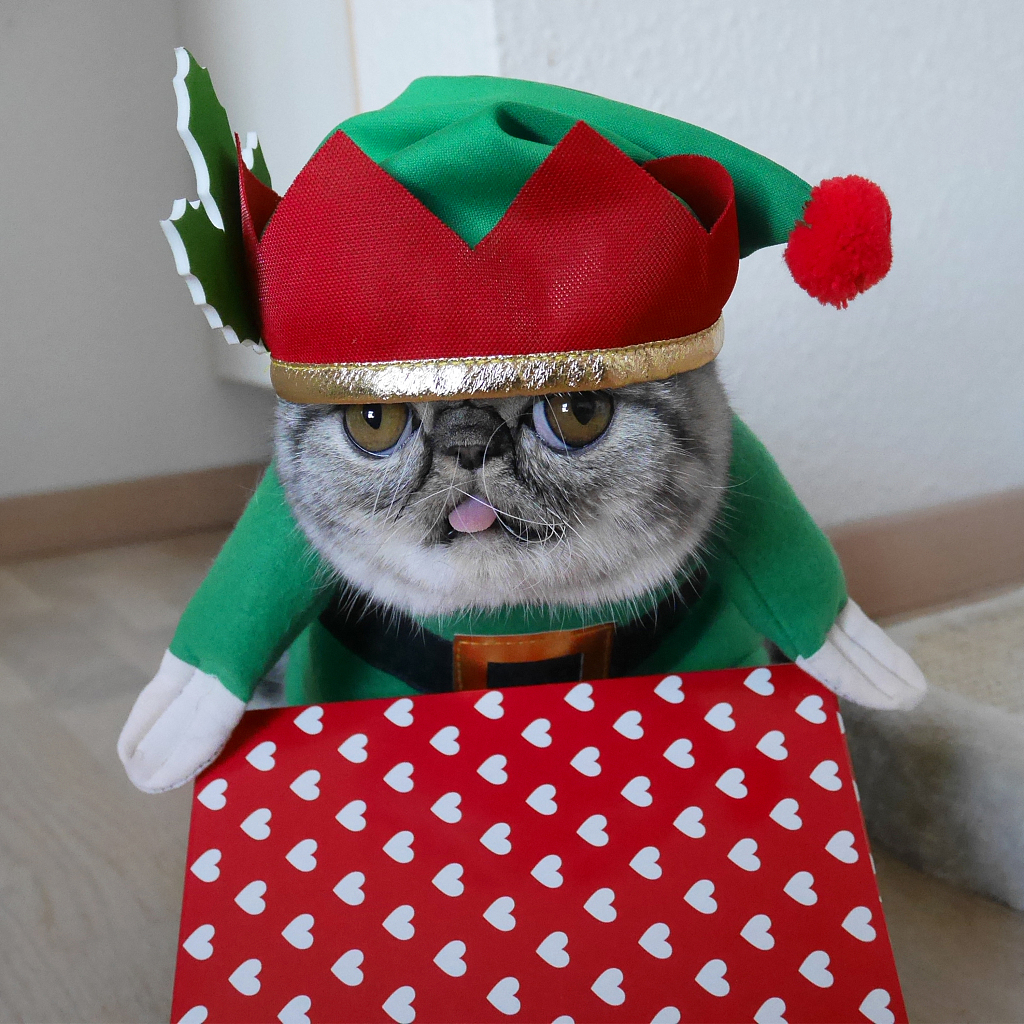 Herman, an exotic shorthair famous due to his big eyes, wears an elf outfit and holds a red present in Copenhagen, Denmark, in December 2016. 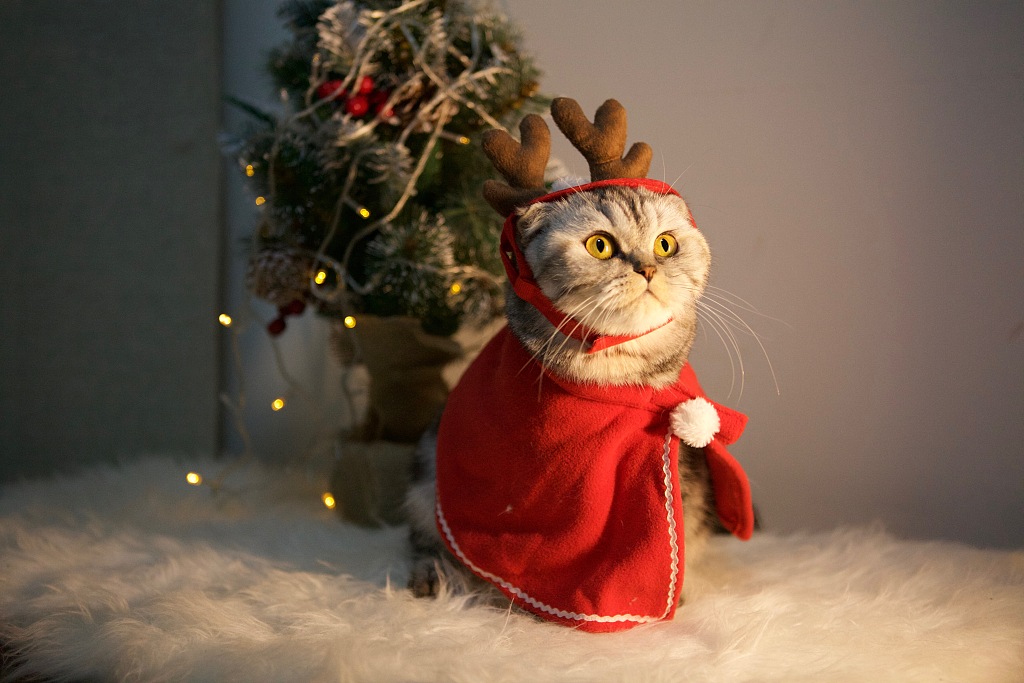 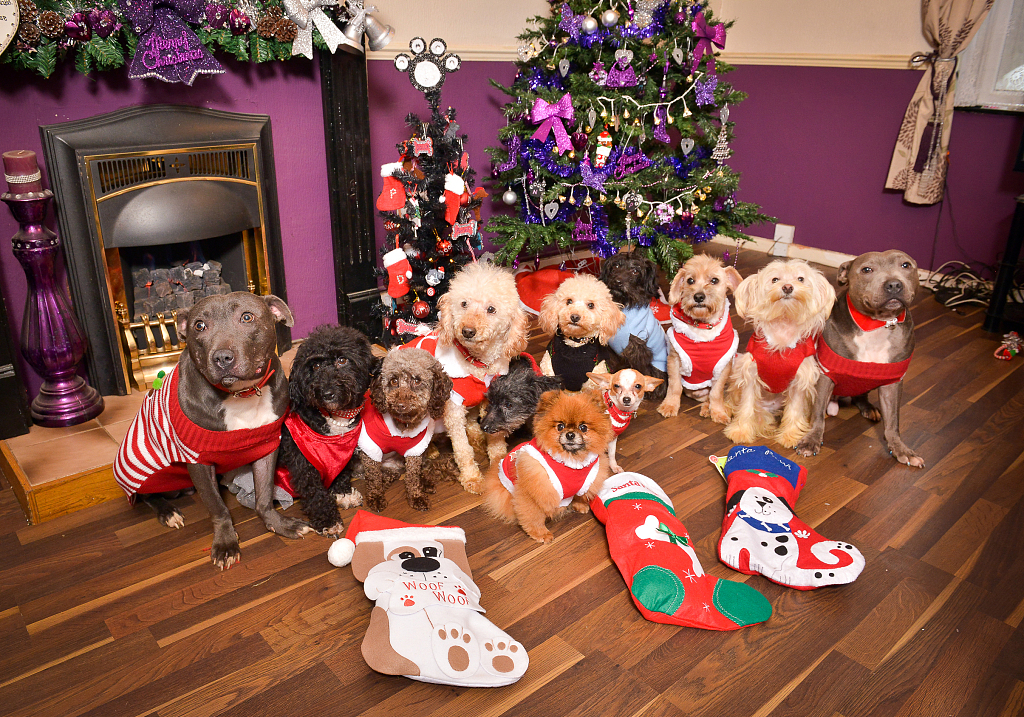 Twelve dogs of a family in London are dressed in new outfits on November 16, 2014. 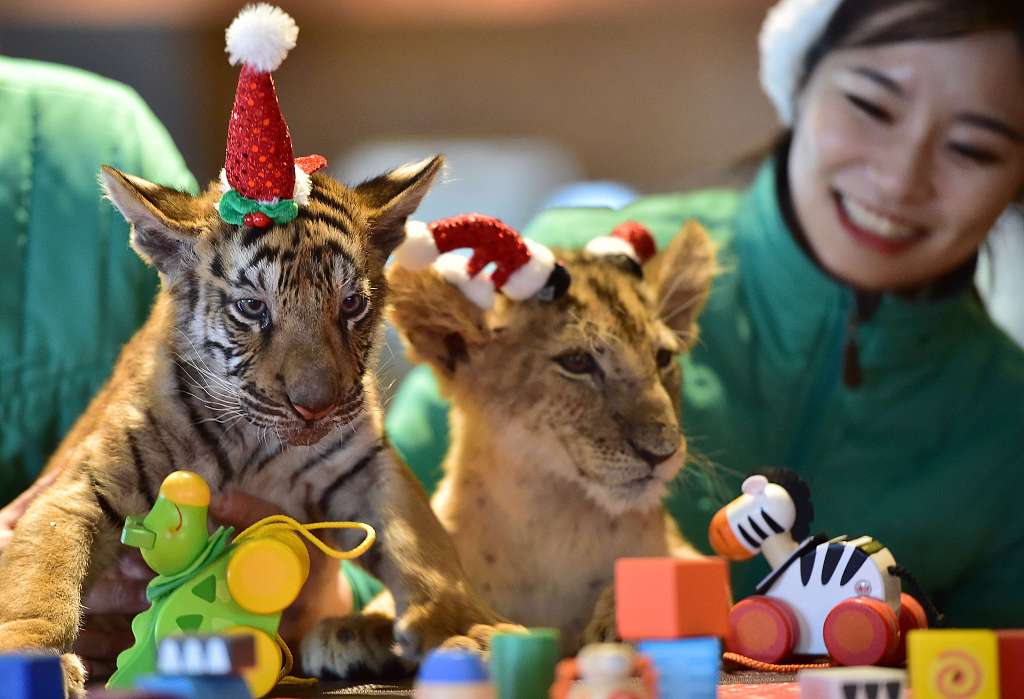 A baby lion and a baby tiger wear Santa Claus hats during a Christmas event at the Everland amusement park in Yongin, Seoul, South Korea, on December 23, 2014. 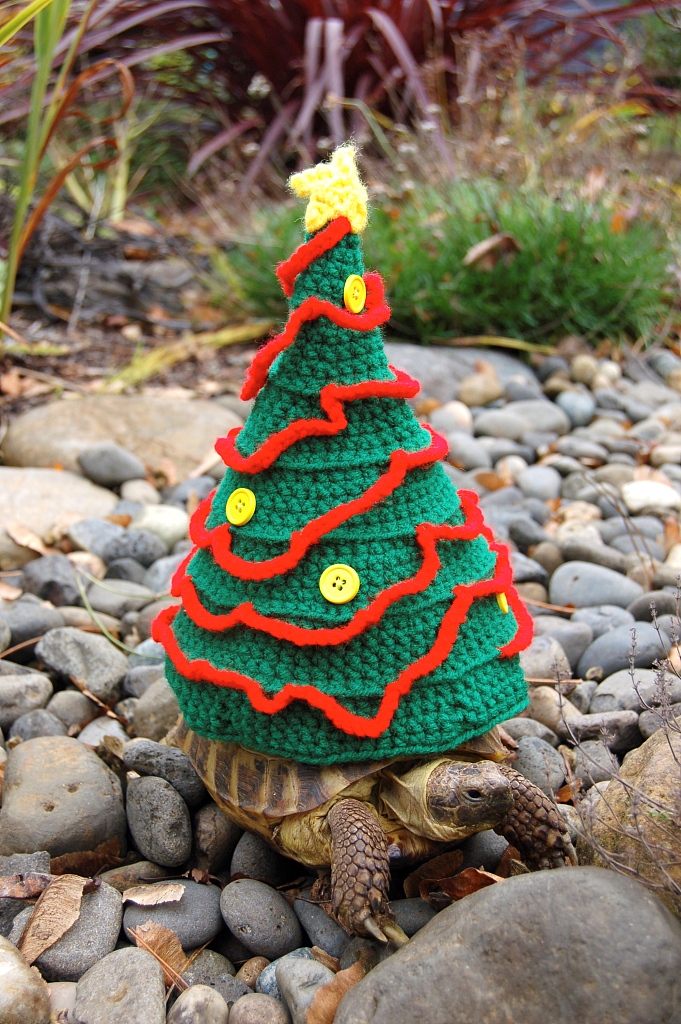 A tortoise wears its new shell suit — a giant Christmas tree. Katie Bradley, a tortoise enthusiast from Vancouver, Washington, has made 800 of the cute woolly suits for the shelled animals. 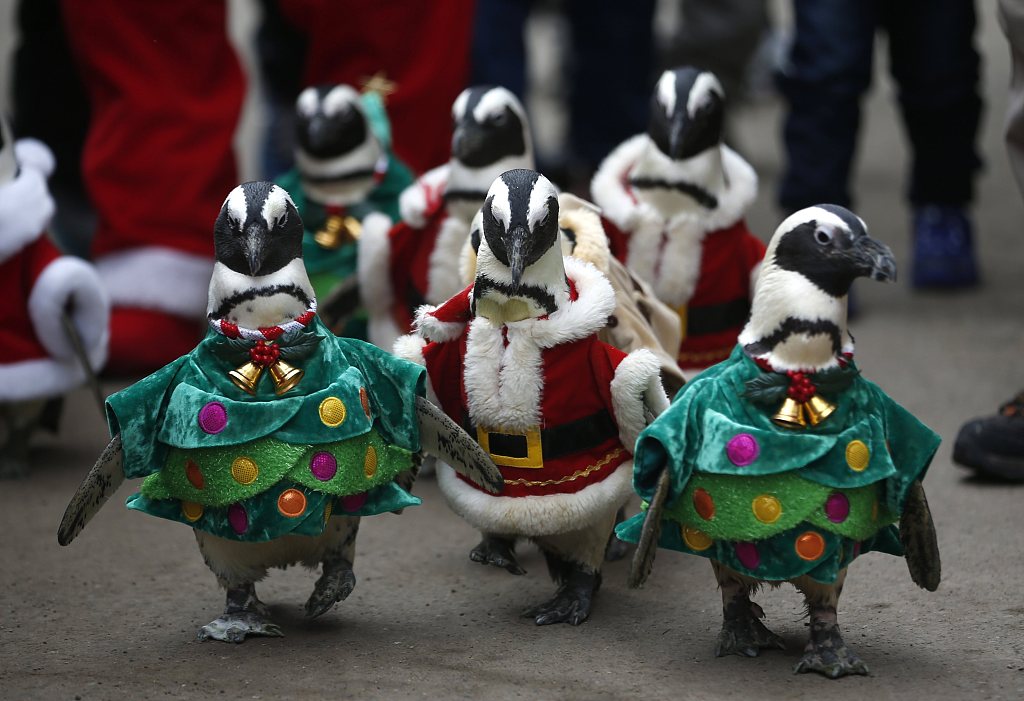 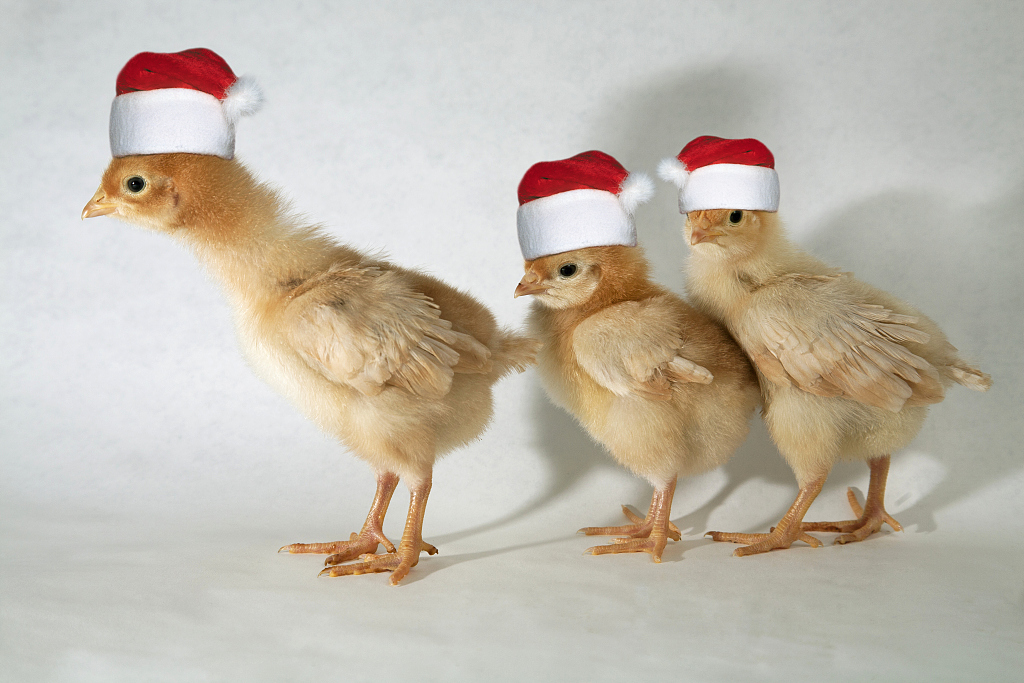