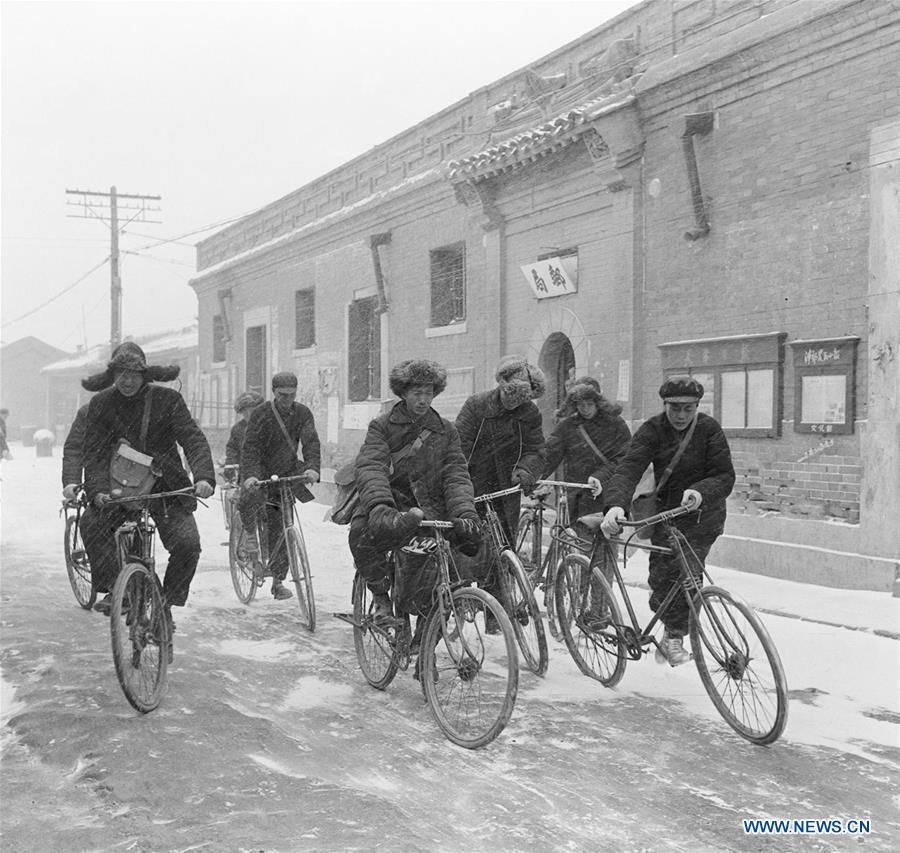 Postmen ride bikes to send newspapers to subscribers in the suburbs of Tianjin, north China, in March, 1956. (Photos: Xinhua) 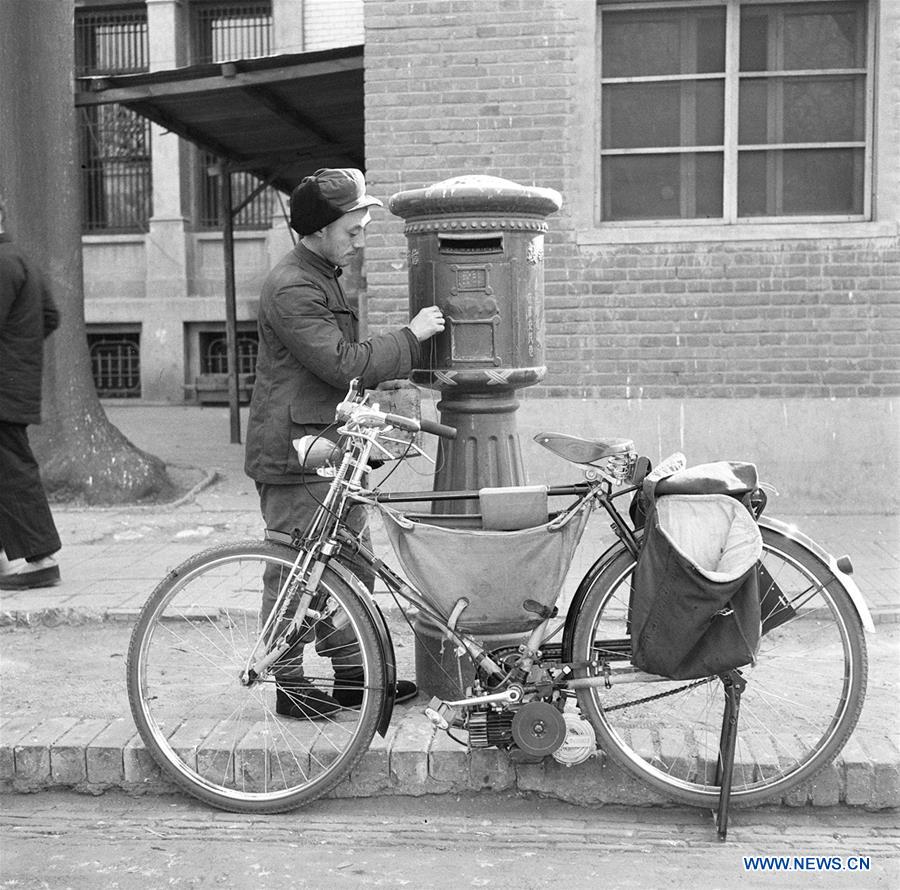 File photo taken on Feb. 19, 1959 shows a postman collecting mails from a mailbox in Beijing, capital of China. The postman used a modified bicycle equipped with engine to ride faster, a move made by local authority to accelerate the delivery of letters. 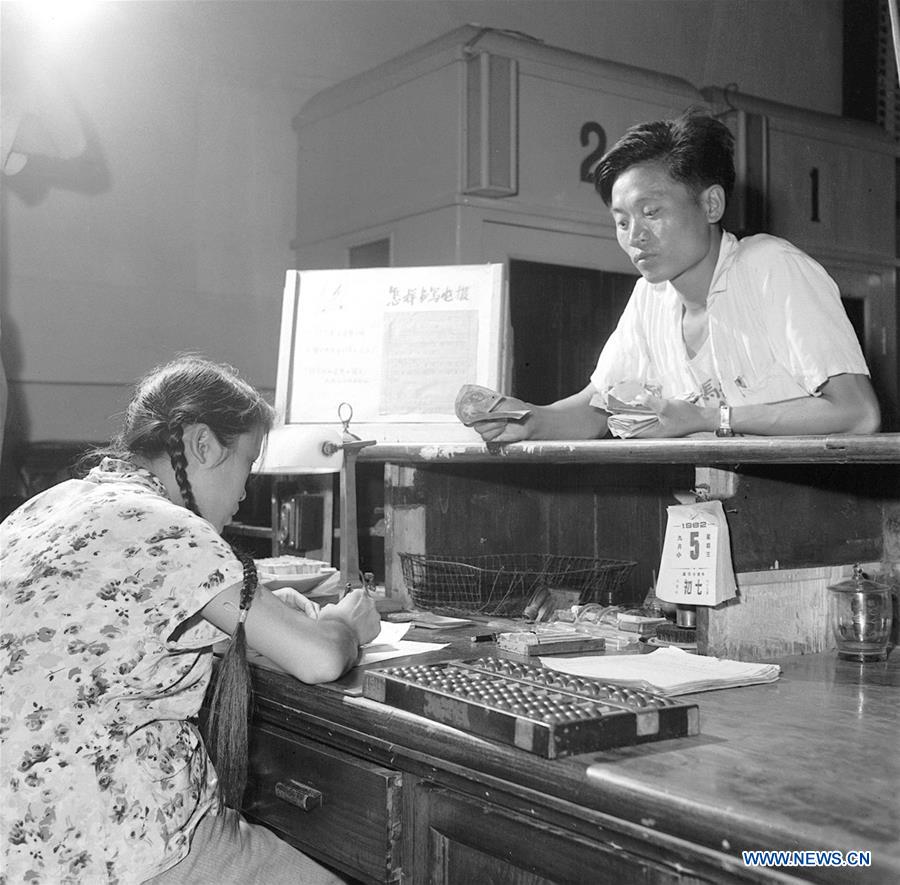 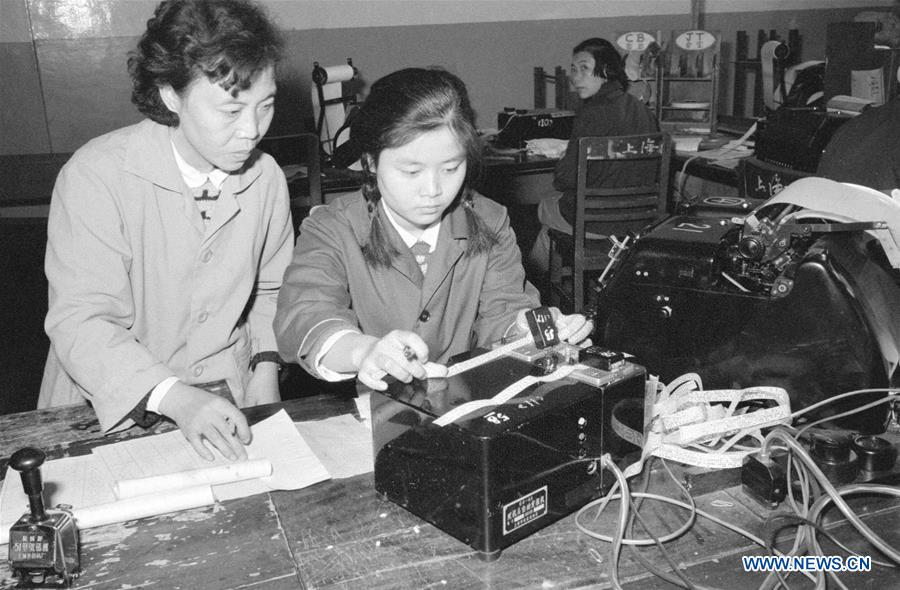 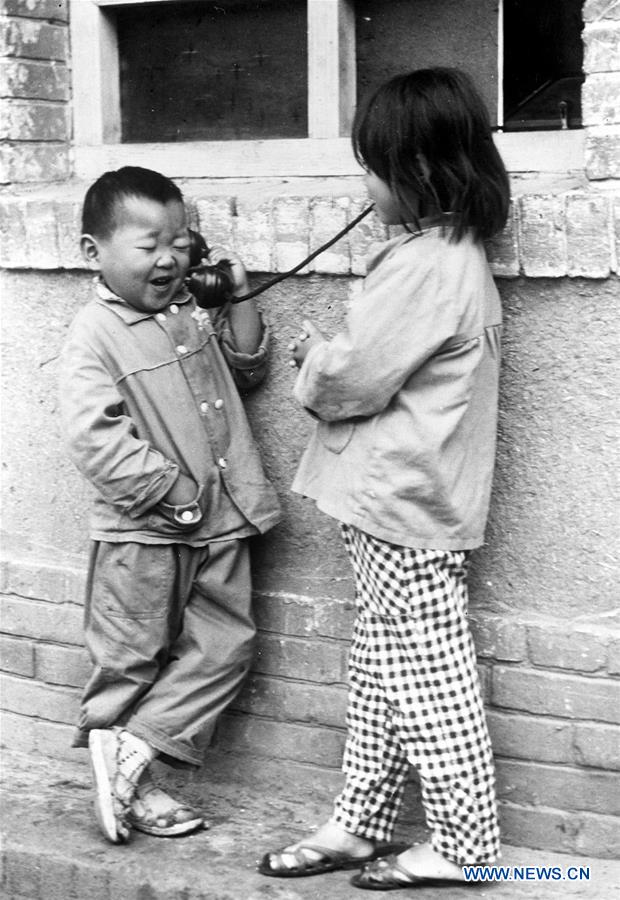 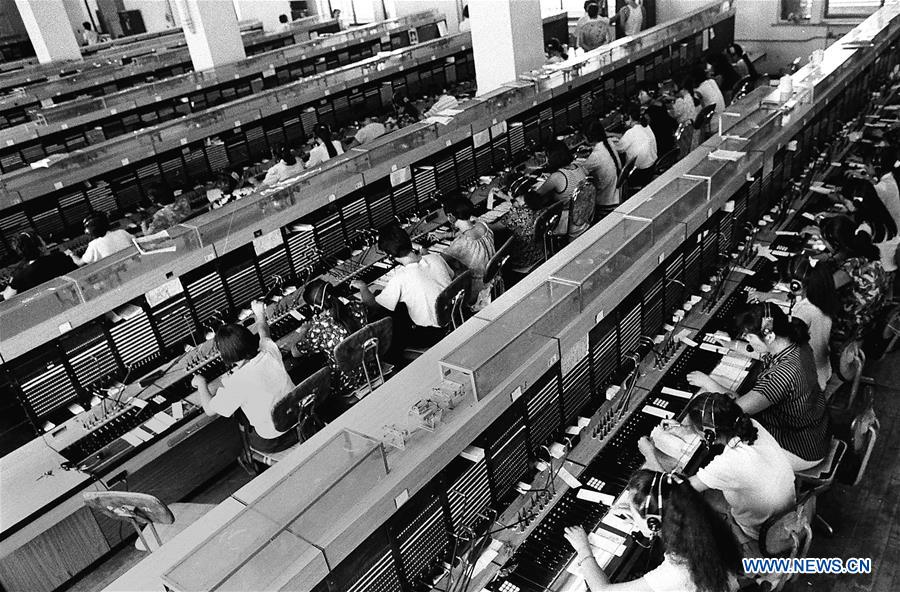 Telephone operators work at Zhengzhou telecom bureau in Zhengzhou, central China's Henan Province, in May of 1986. 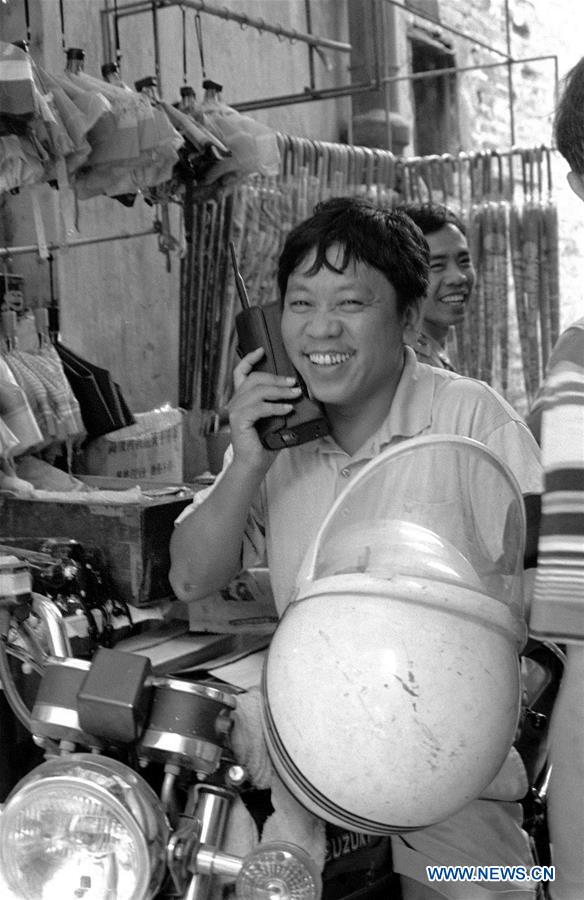 A merchant makes a call with a brick-size cellular phone in Guangzhou, southeast China's Guangdong Province, in January of 1994.

Photo taken in January of 1995 shows a woman using a brick-size cellular phone in Shanghai, east China. Shanghai had about 70,000 users of mobile phone in 1995. 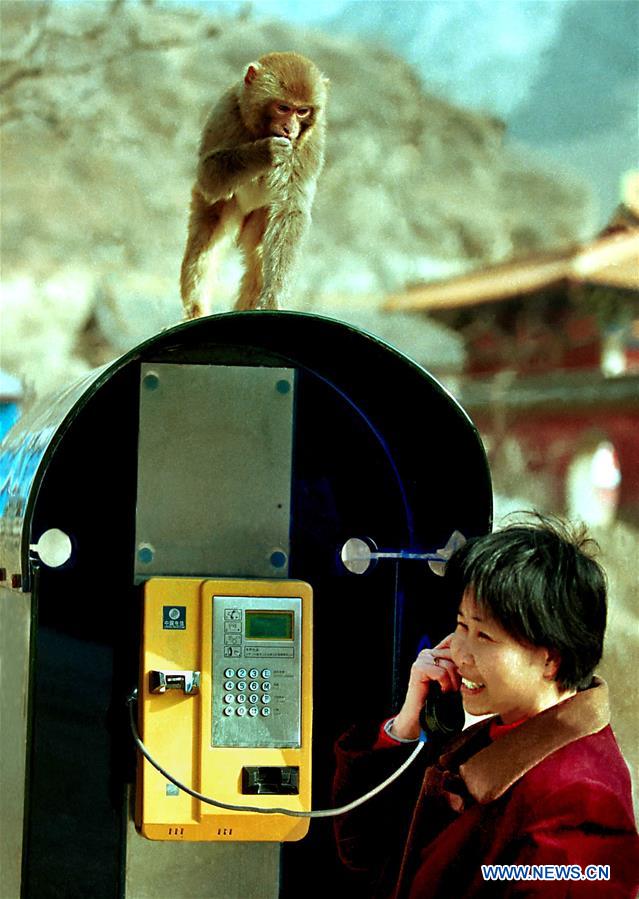 A monkey is seen on top of a booth where a tourist makes a phone call at Wulongkou scenic area in Jiyuan, central China's Henan Province, March 16, 2001. 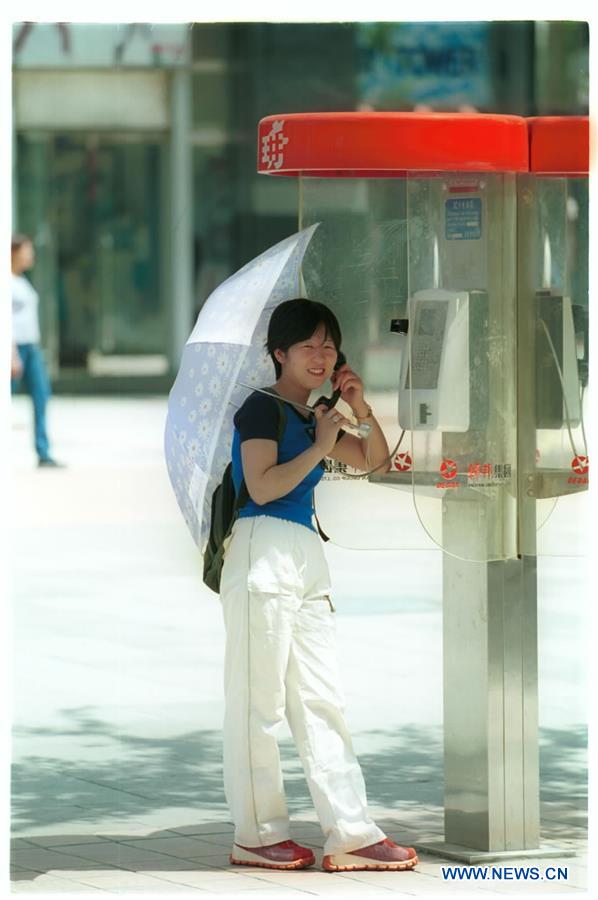 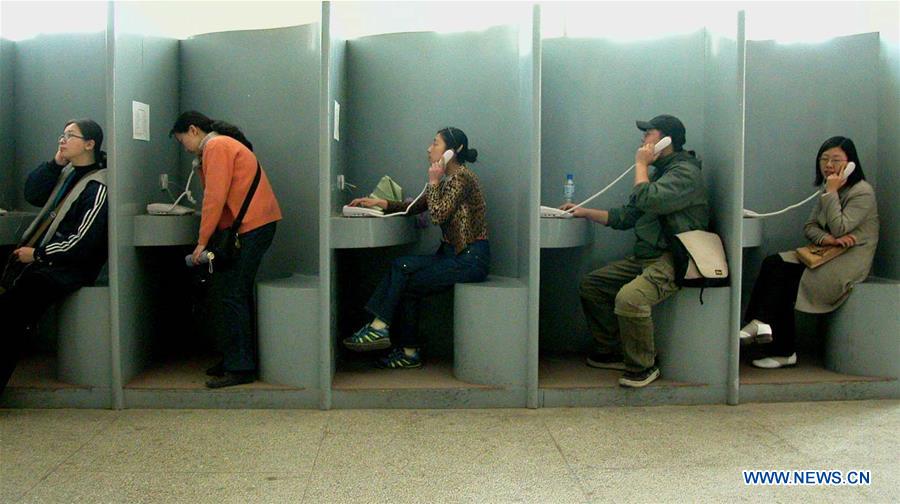 People make long-distance phone calls at a public booth in Yan'an, northwest China's Shaanxi Province, April 23, 2002. More than four decades of sound economic growth from 1978, the starting year of the reform and opening-up policy, has fundamentally lifted life quality of 1.3 billion Chinese, who are now able to enjoy the "global village" thanks to the advanced telecom infrastructure.

A passenger plays games with the mobile phone on Beijing subway line 2 in Beijing, capital of China, July 18, 2012. The improving telecom industry over the past decades has made a radical change in terms of communication means. Mobile phone users in China reached 1.42 billion in 2017. 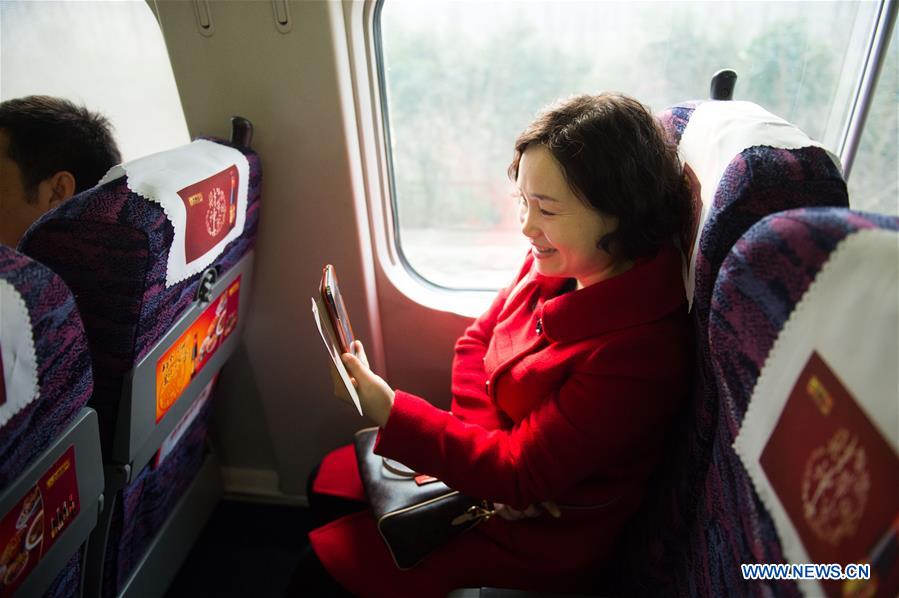 A passenger talks with her friend through a phone video call using 4G network on a bullet train from Hefei, east China's Anhui Province, to Jiangshan, east China's Zhejiang Province, Feb. 4, 2015. High-speed railways in Anhui started to offer 4G service to passengers during the Spring Festival travel rush in 2015. The mobile broadband users and those surfing the Internet with cellphones respectively arrived at 1.13 billion and 750 million by the end of 2017, 4.9 times and 1.8 times more than those numbers in 2012. 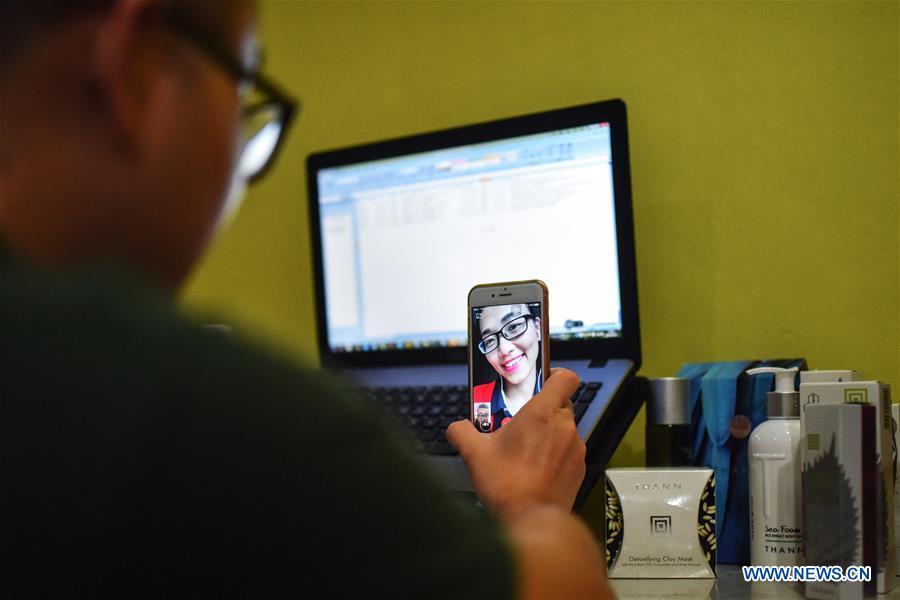 Chen Yu, a Chinese graduate working in Bangkok, talks with his girl friend, who stays in China, via a video call at his home in Bangkok, Thailand, June 12, 2016. In the following years, China's telecom industry is expected to continue to run parallel with China's rapid development.