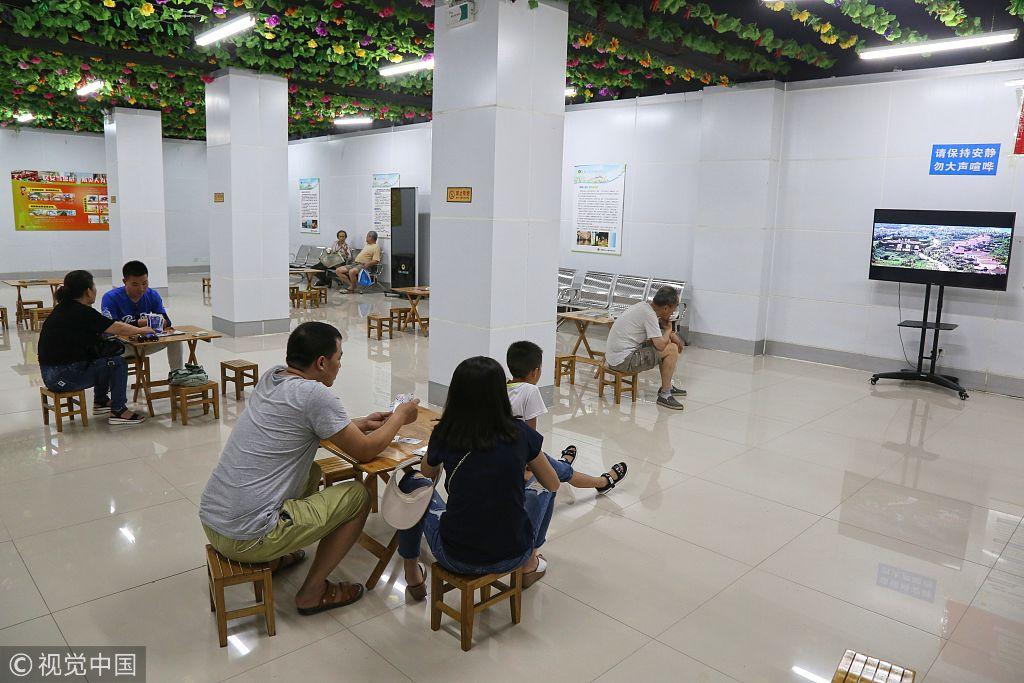 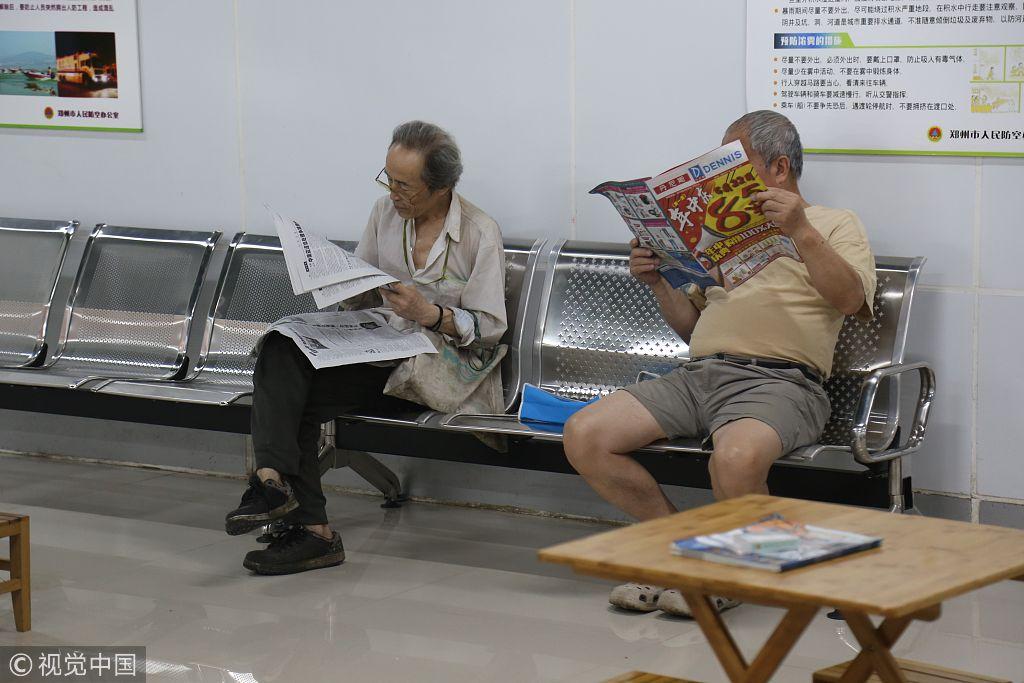 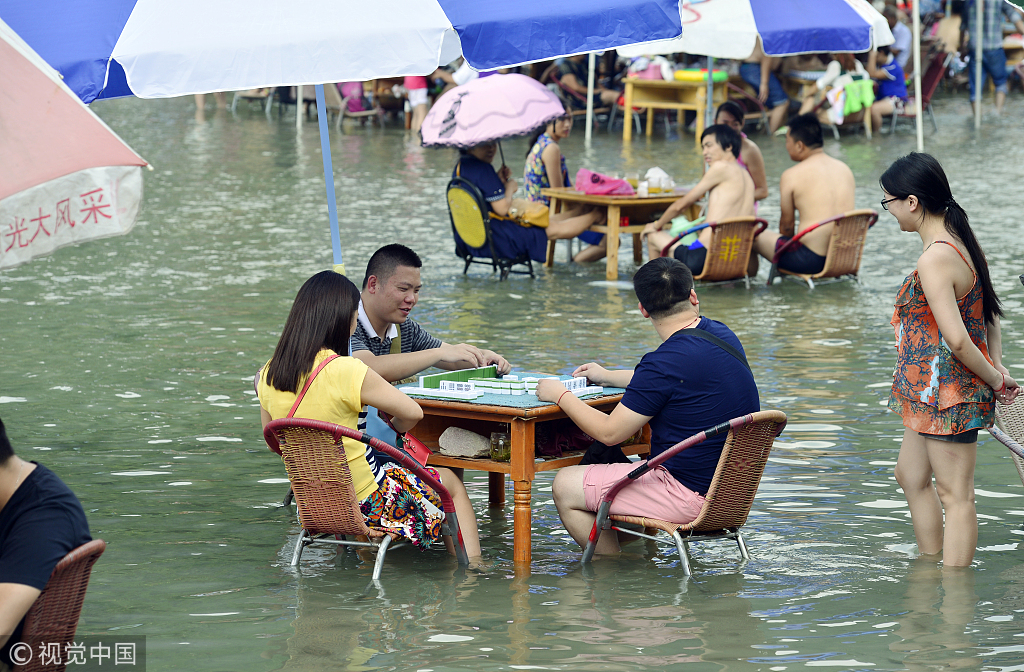 People play mahjong in the water to cool themselves off in Sichuan Province. (Photo: VCG) 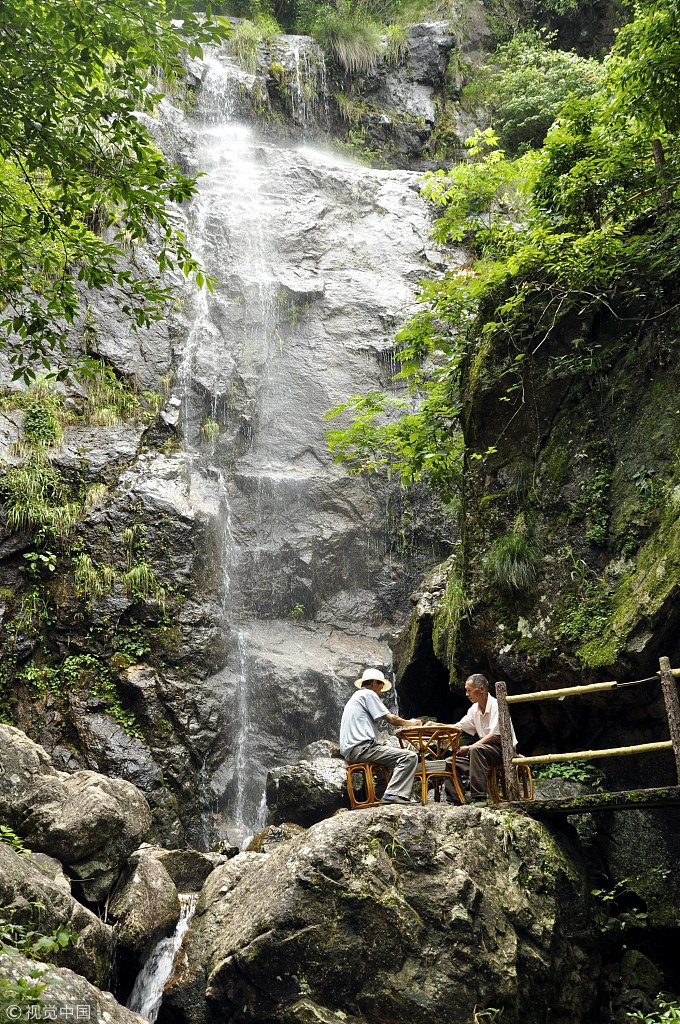 A woman covers her body completely to shield herself from the sun in Jiangsu Province. (Photo: VCG) 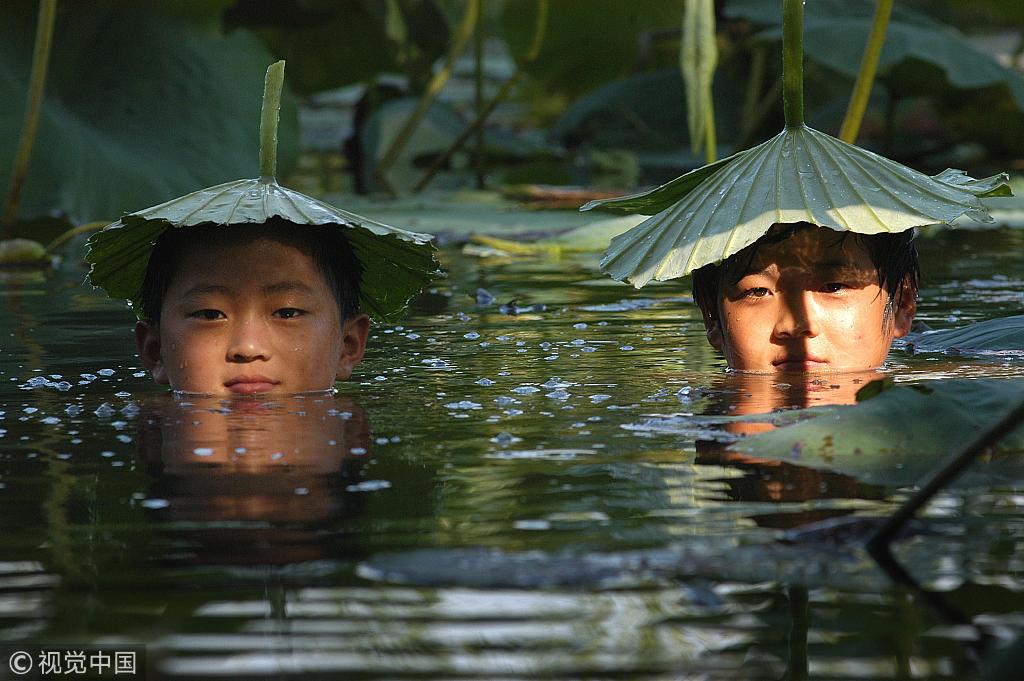 Two boys swim in a pond to cool down from the heat in Anhui. (Photo: VCG) 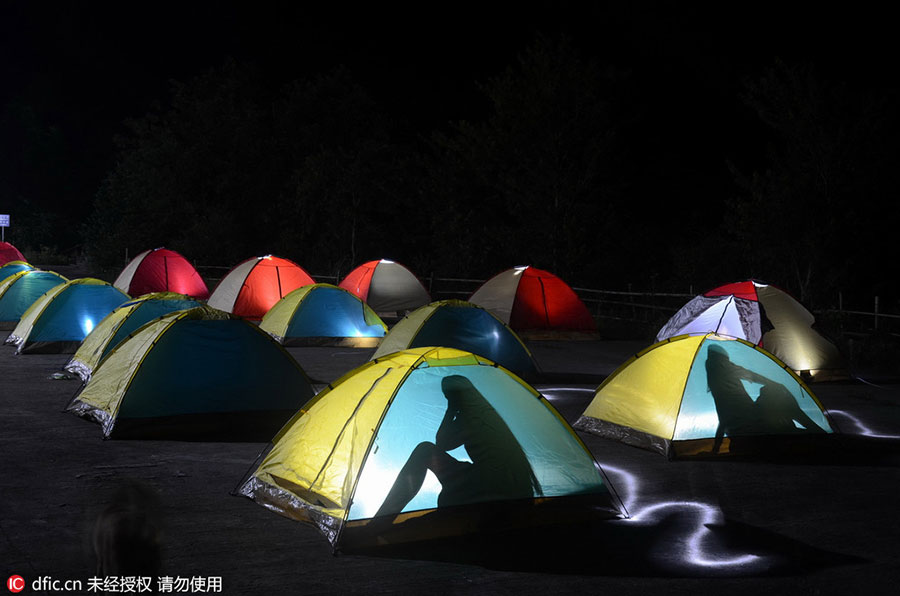 People camp outside and enjoy the nighttime temperatures as they escape the high temperatures in Qingyuan, South China's Guangdong Province. (Photo: IC)