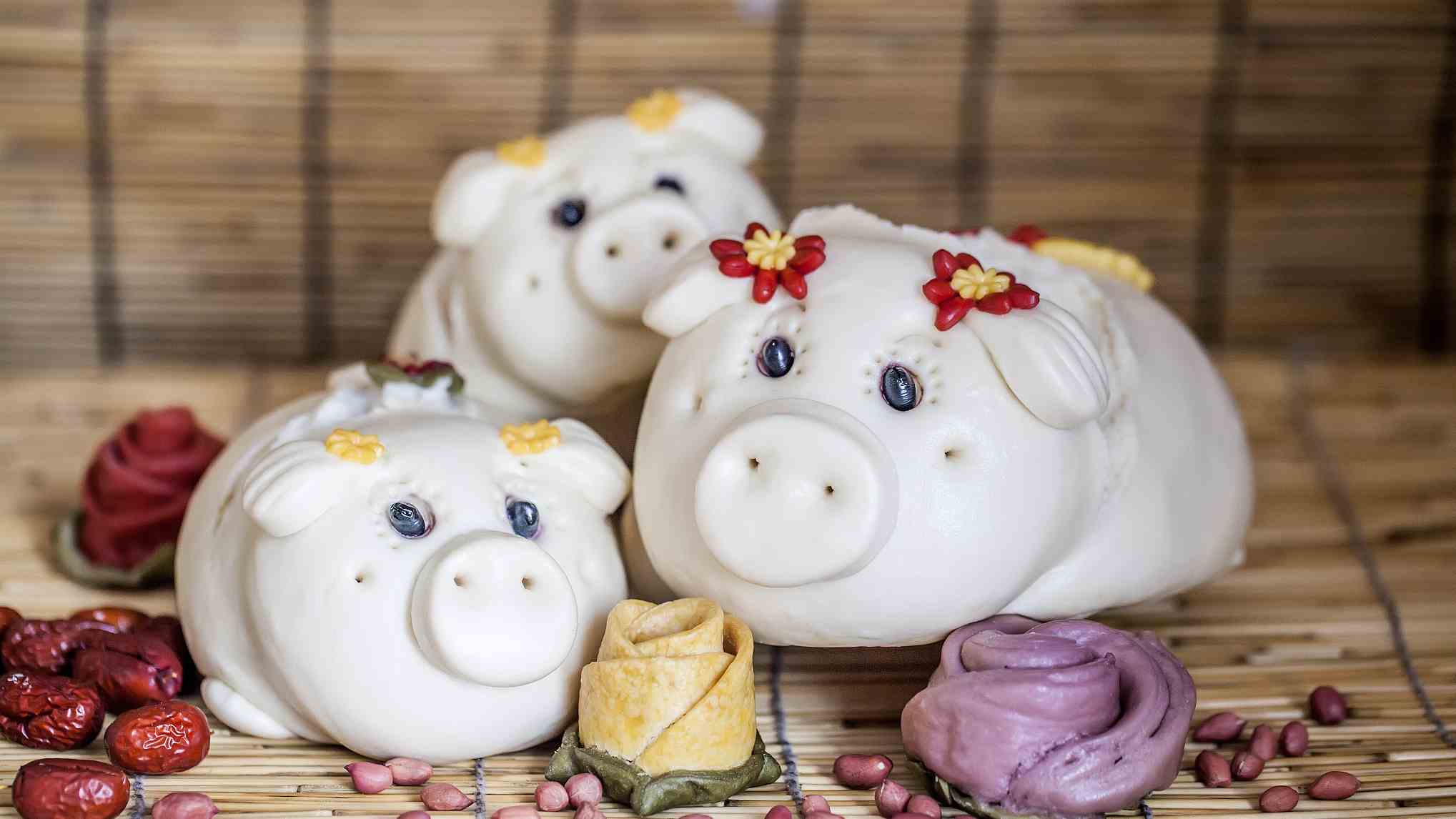 Workers make huamo, a kind of steamed bun eaten during festivals, at a workshop in Binzhou, east China's Shandong Province, on Monday. As the Spring Festival, or Chinese lunar New Year, draws near, pig-shaped huamo becomes popular as 2019 is the Year of the Pig according to the Chinese zodiac. 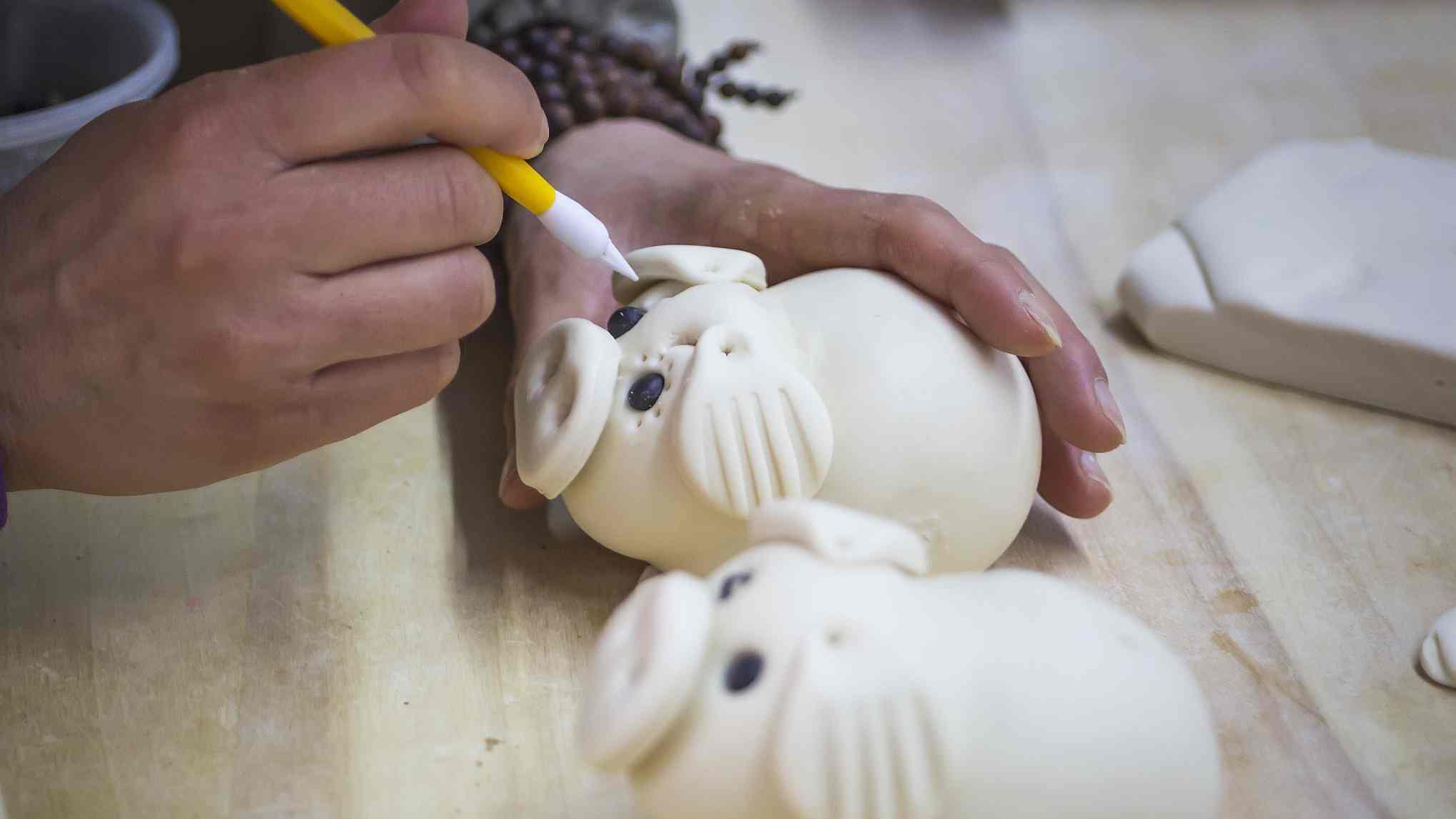 Huamo with exaggerated shapes, bright colors and exquisite details, is not only a traditional food, but a skillful folk art. 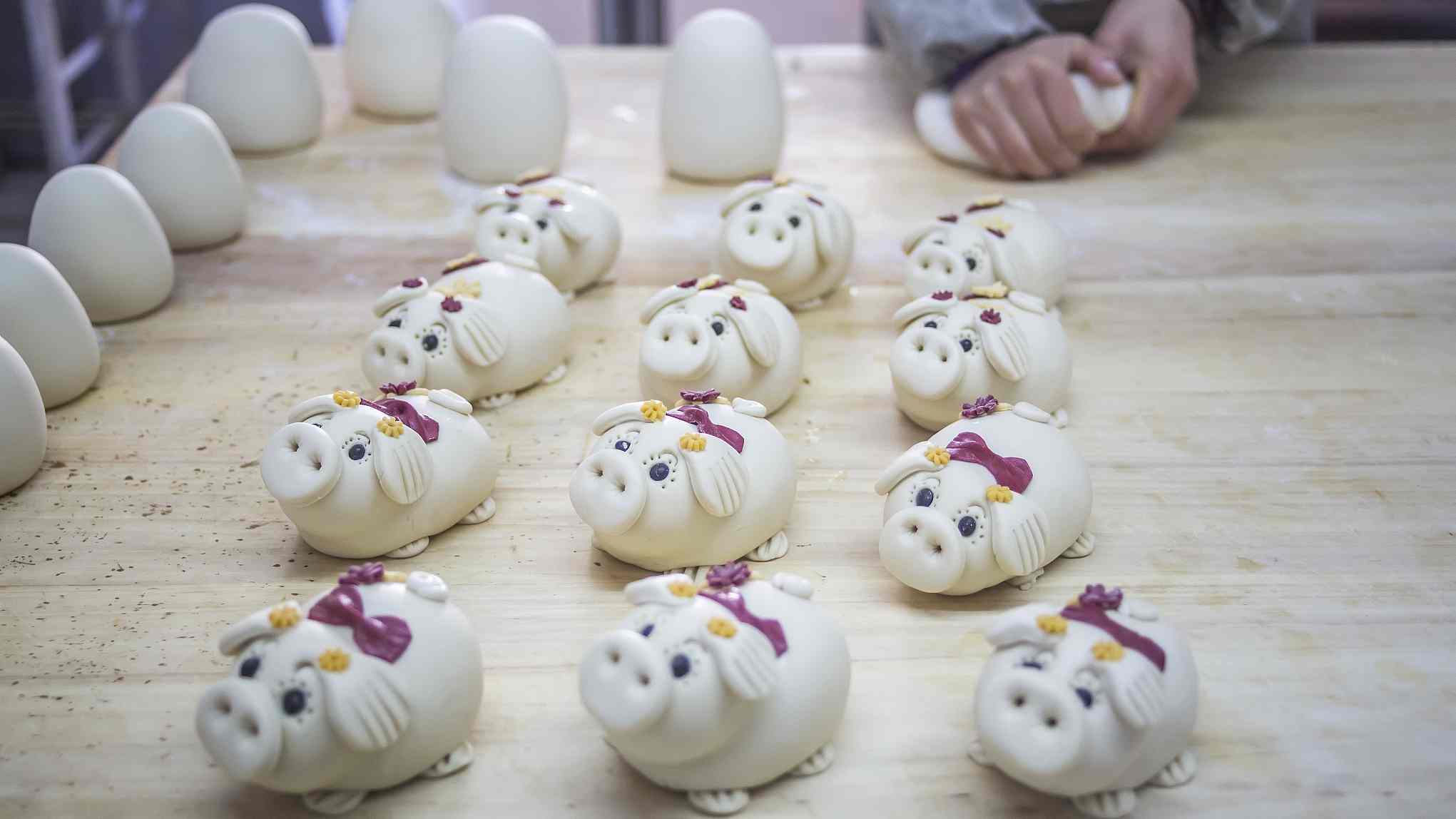 It can also be used to pray for favorable weather and prosperity in the coming year. 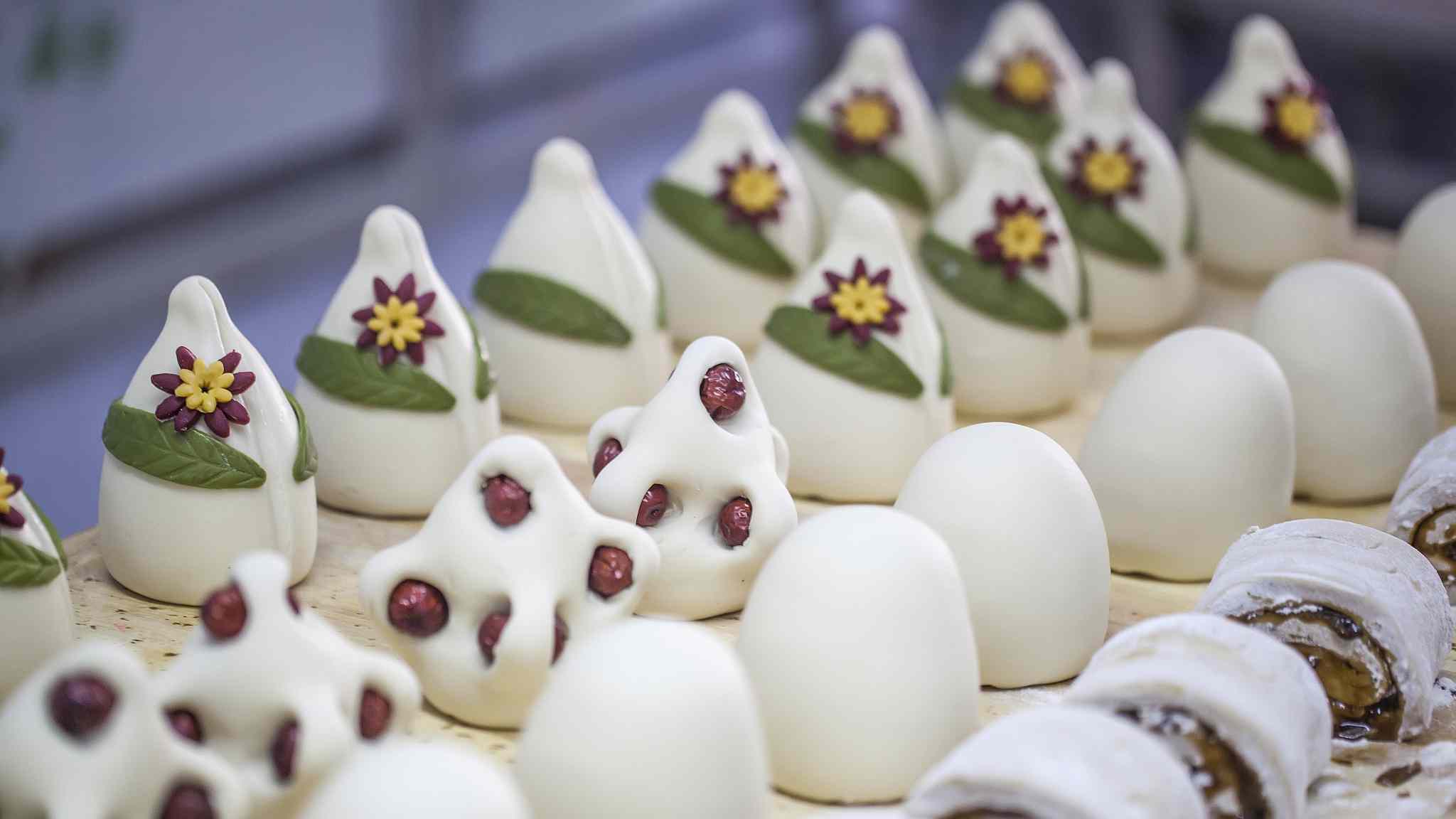 The boss of the workshop, who ran a clothing store in the past, creates dozens of huamo products which can be a gift for different occasions, including wedding ceremonies, birthday celebrations and sacrificial ceremonies. (Photos: VCG, captions by CGTN)