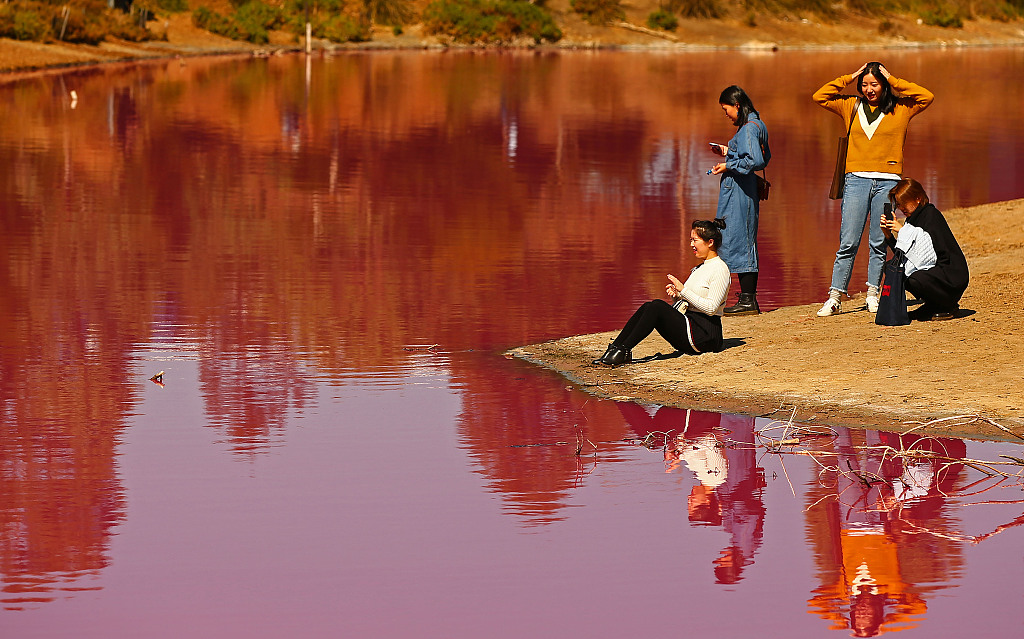 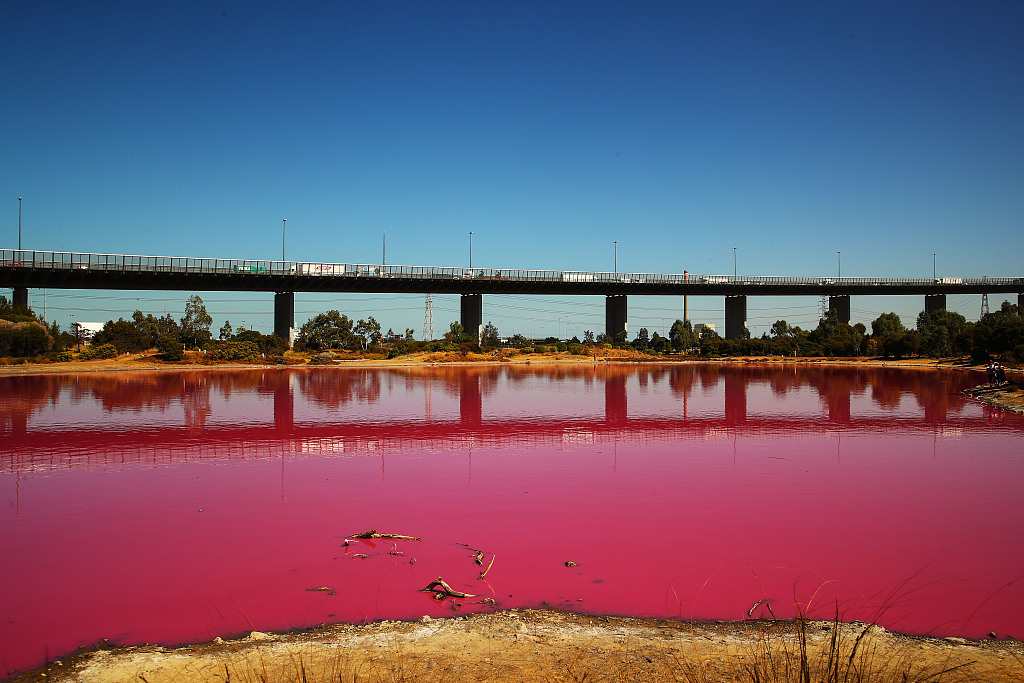 The lake — near the city’s Westgate Bridge — started to turn pink last week and is expected to stay like that until late autumn when it will return to being blue as the weather cools down and rainfall increases. 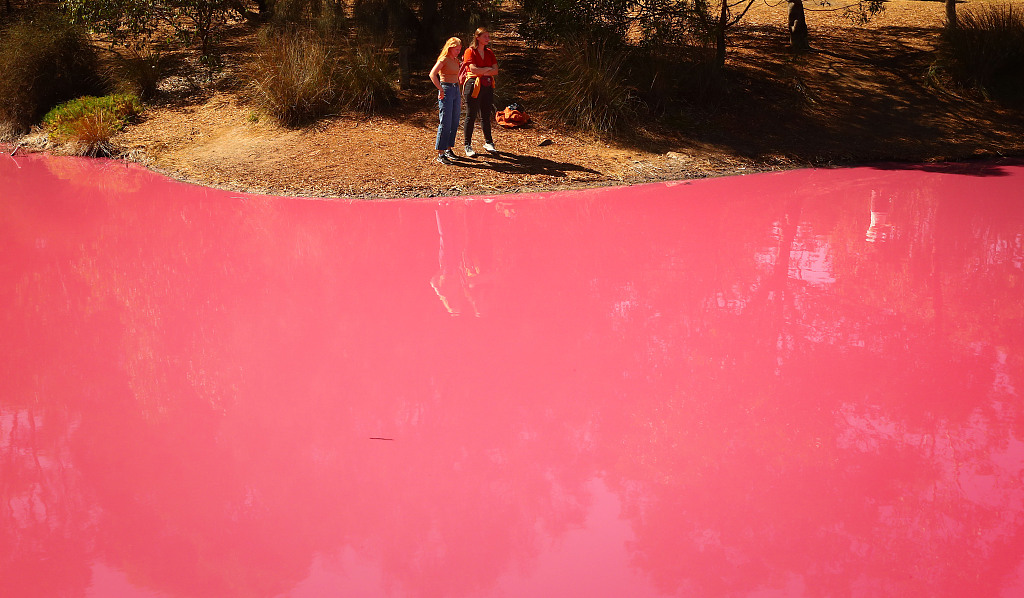 The pink hue happens in response to high salt levels, lots of sunlight and a lack of rainfall. Lake algae, which grows on the salt crust at the bottom of the lake produces a red pigment as part of its photosynthesis process. 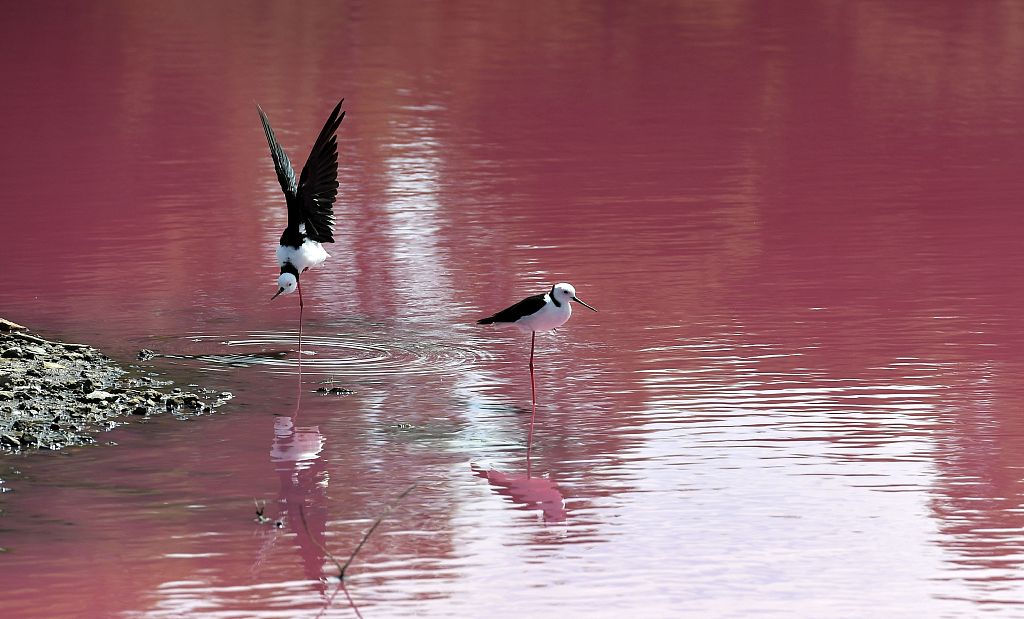 Two stilts look out over the lake that has turned a vivid pink in a startling natural phenomena that resembles a toxic spill thanks to extreme salt levels and is further exacerbated by hot weather. (Compiled by Yan Yiqiao)