The ground forces of People’s Liberation Army conducted live-fire military training in special ops, reconnaissance, electronic countermeasures and air assault at a training base in the Gobi Desert in Northwest China’s Xinjiang Uyghur Autonomous Region on May 23. 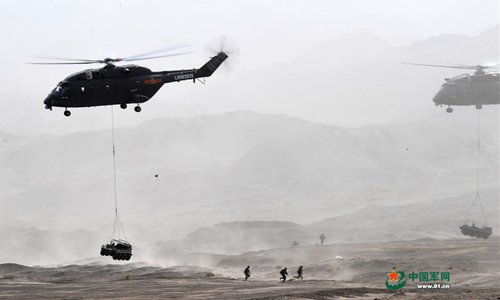 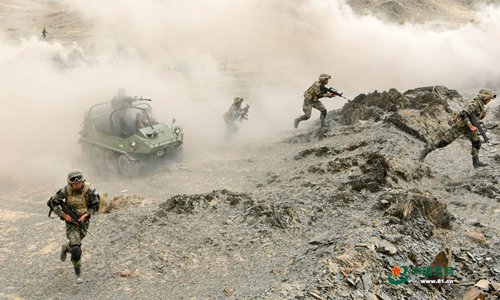 Armed soldiers from an air assault brigade run during training. 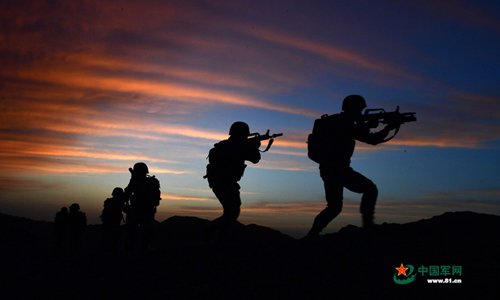 Soldiers from an air assault brigade aim their guns during training. 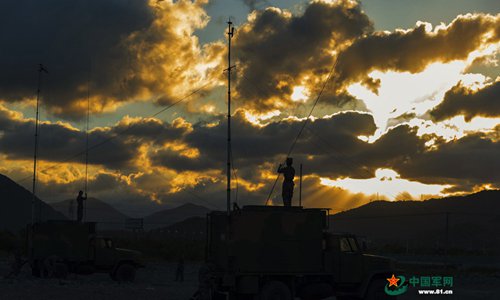 Soldiers put up an aerial during an electronic countermeasures drill. 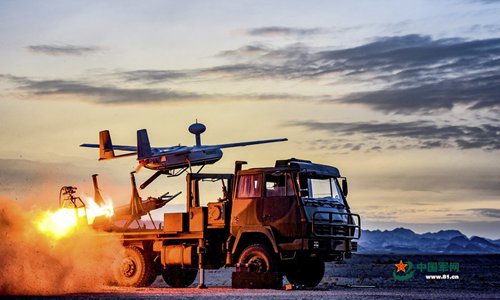 A drone is deployed during a long-range countermeasures drill. 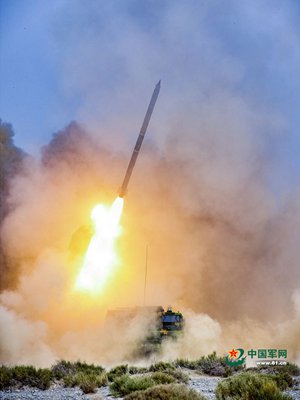 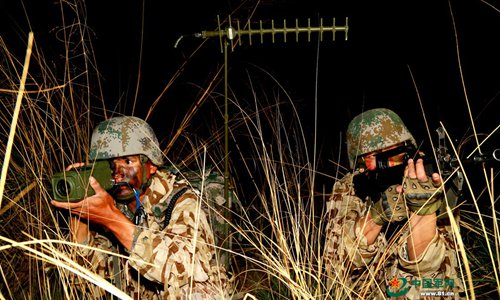 Well camouflaged soldiers carry out a mission during a reconnaissance drill.