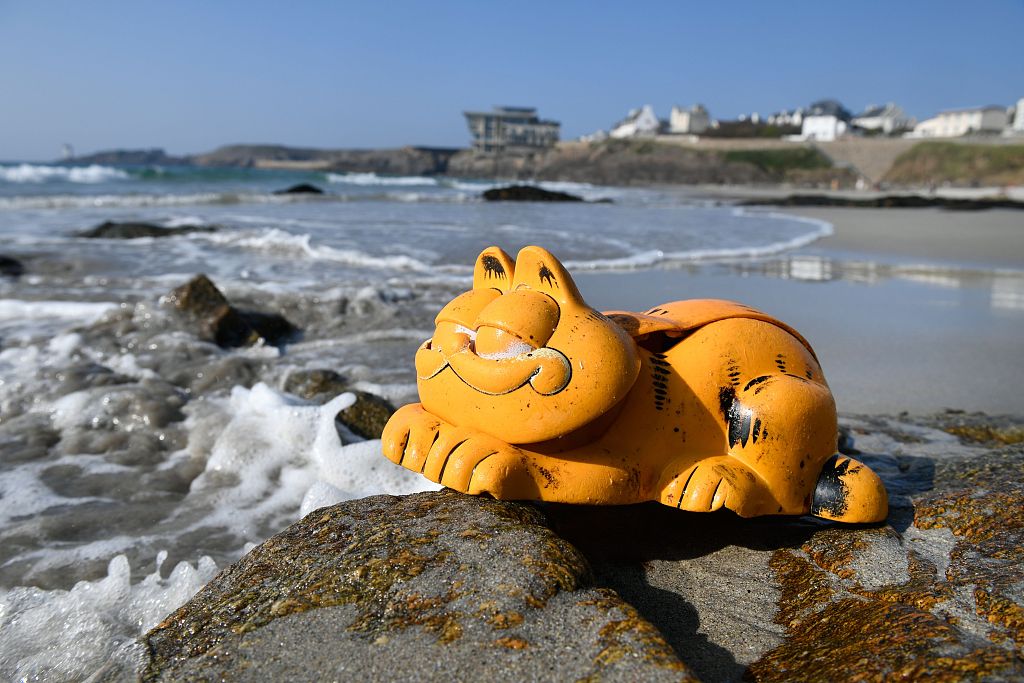 A plastic 'Garfield' phones is displayed on the beach on March 30, 2019 in Le Conquet, western France. (Photos: VCG) 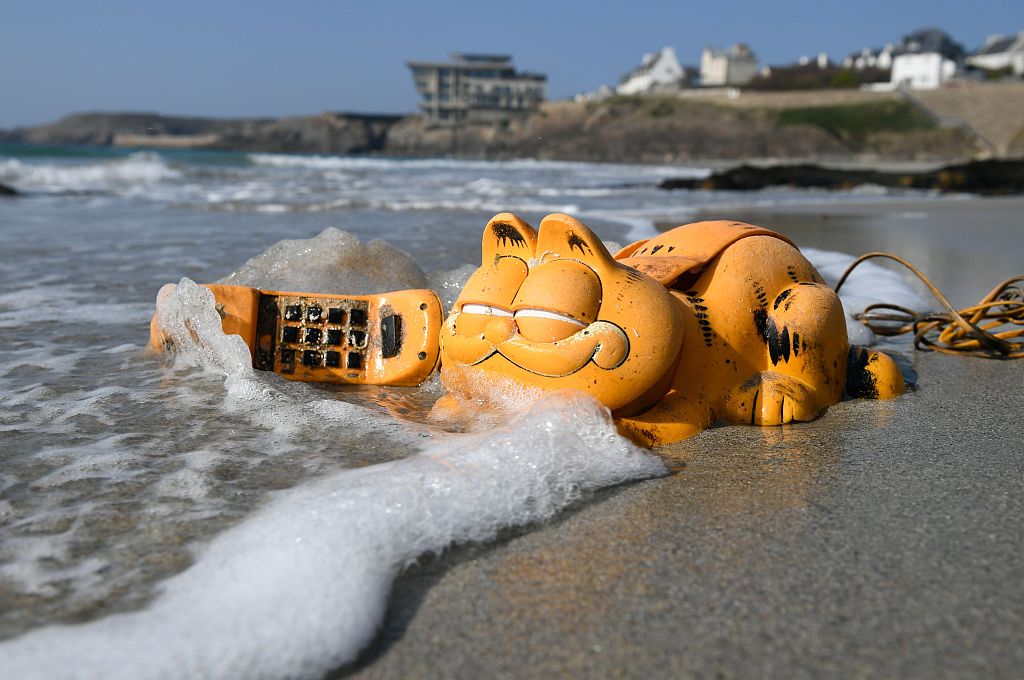 For more than 30 years, plastic phones in the shape of the famous cat 'Garfield' have been washing up on French beaches. 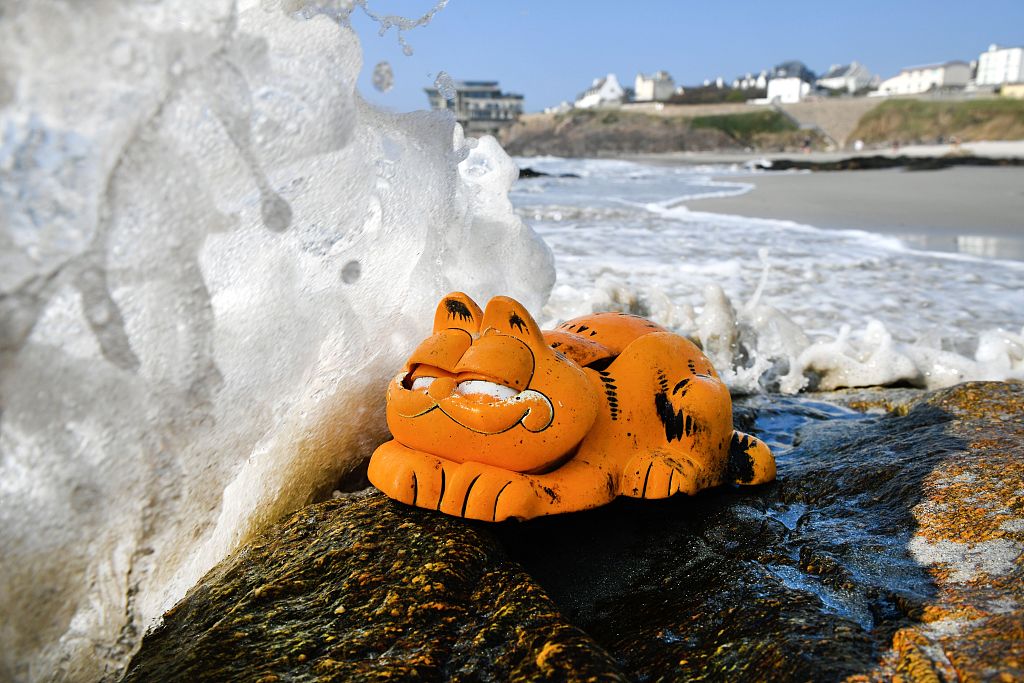 The mystery is now solved : a shipping container which washed up during a storm in the 1980s, was found in a hidden sea cave. (Compiled by He Jieqiong)