Polar bear cubs play with a sheet of plastic in Norway 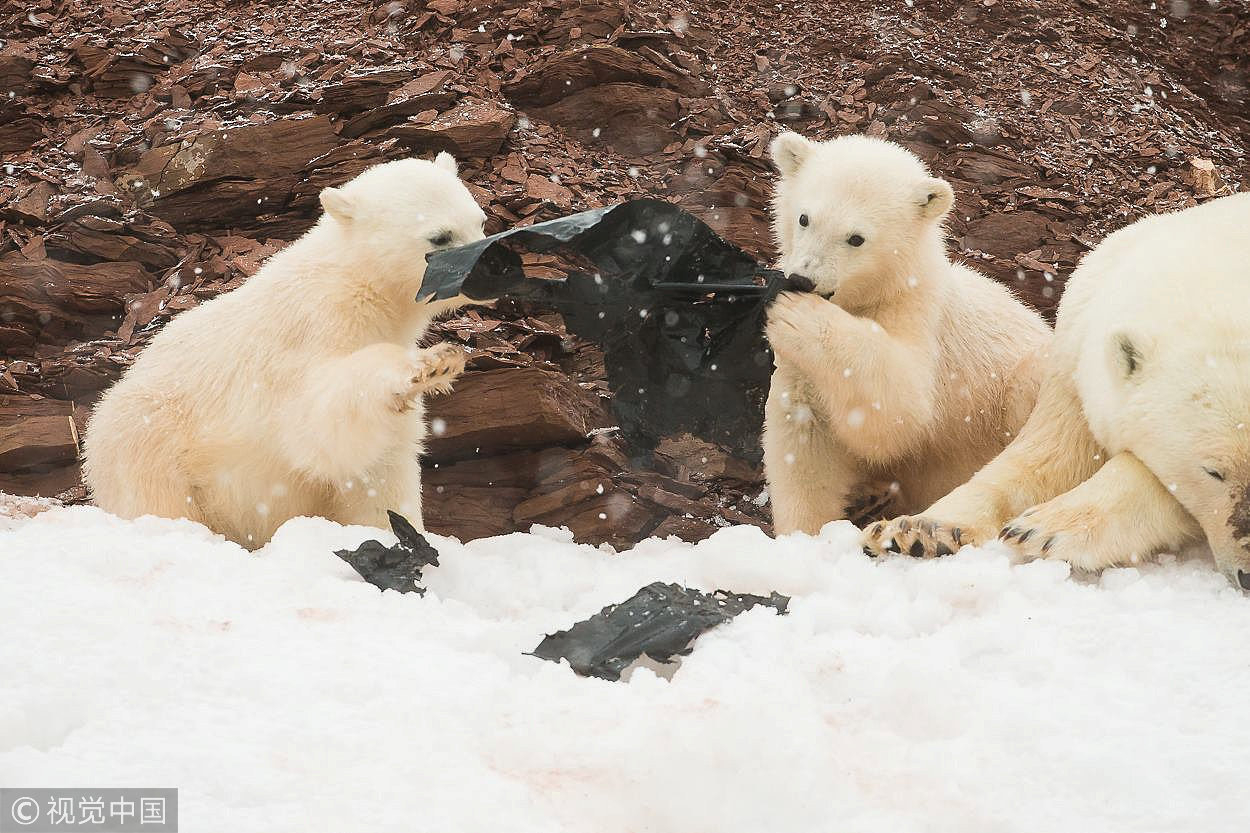 This picture shows two young polar bear cubs playing with a large sheet of plastic in Svalbard, a Norwegian archipelago about halfway between the mainland and North Pole. /VCG Photo 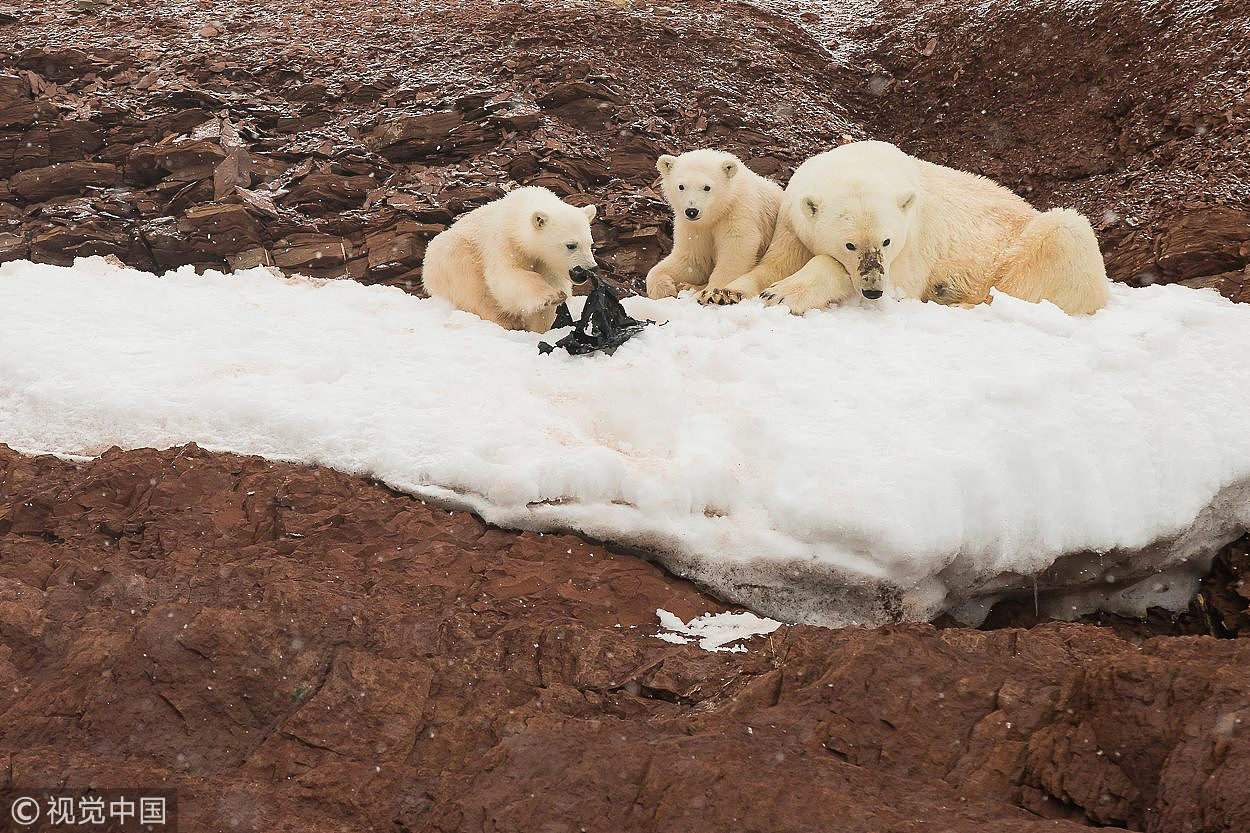 The black plastic is very dangerous to the pristine landscape because the white-furred creatures will play and paw at it, and then putting it in their mouths. At worst, it could result in their death. /VCG Photo 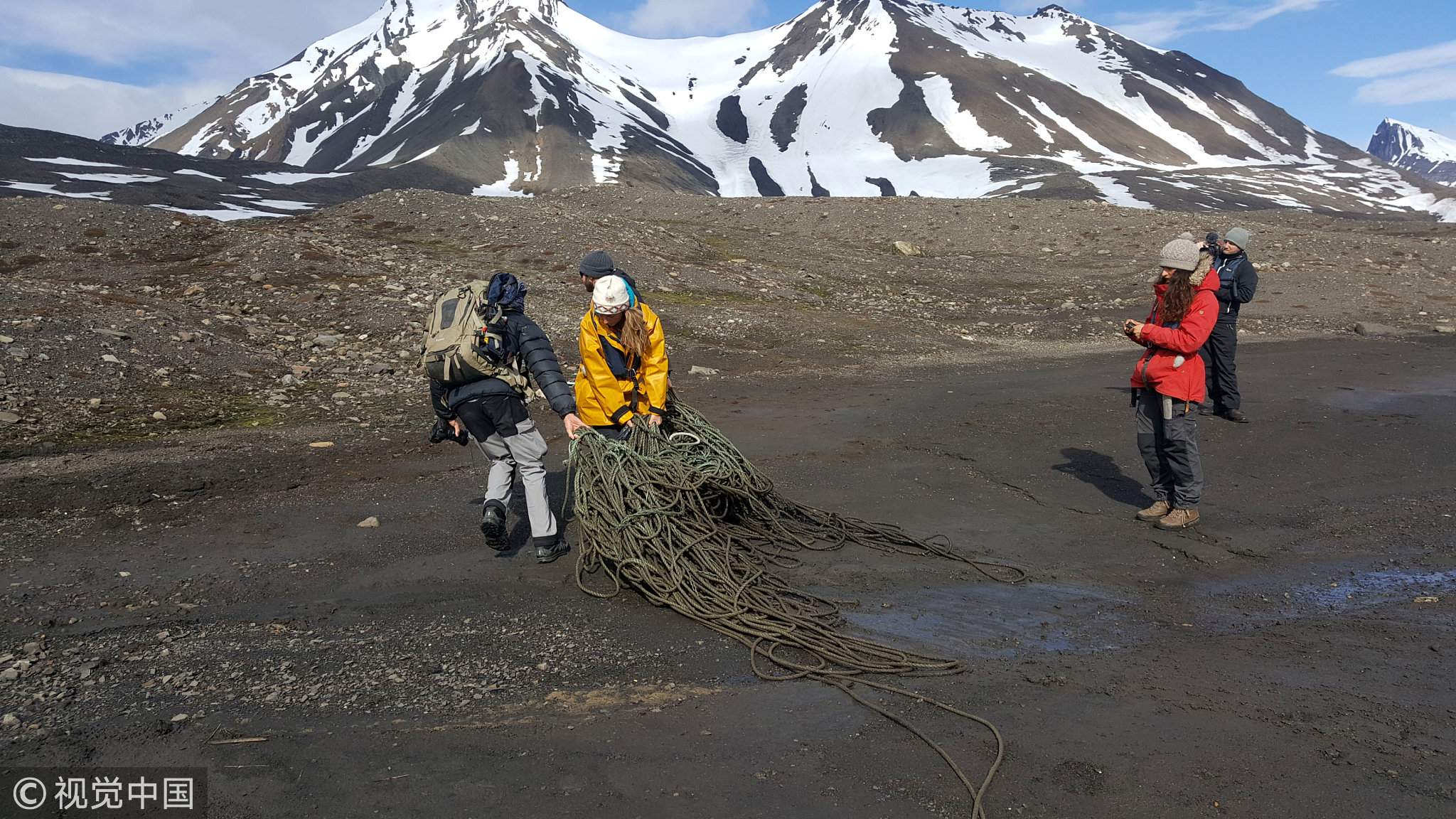 Residents volunteered to come to the island to try to clean up all the harmful plastic trash. /VCG Photo