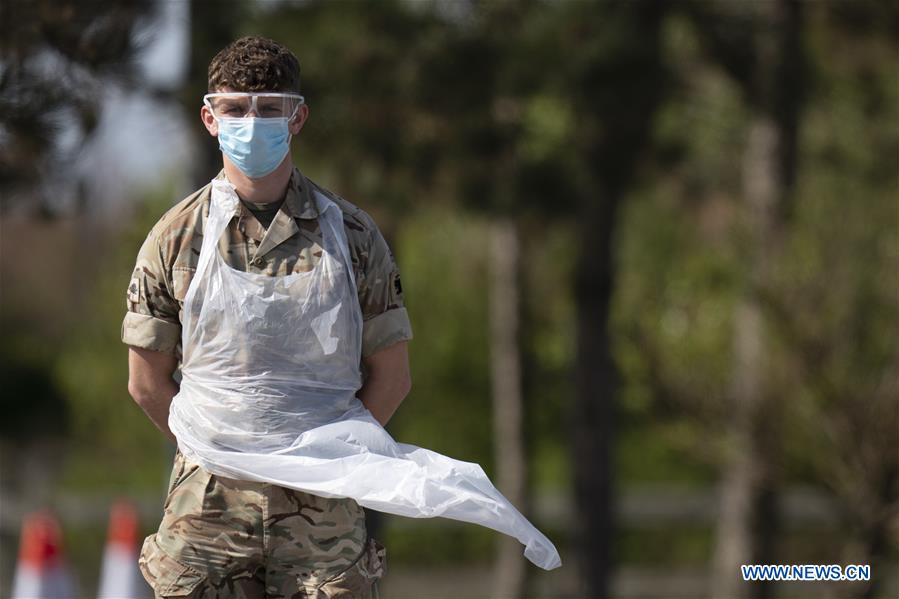 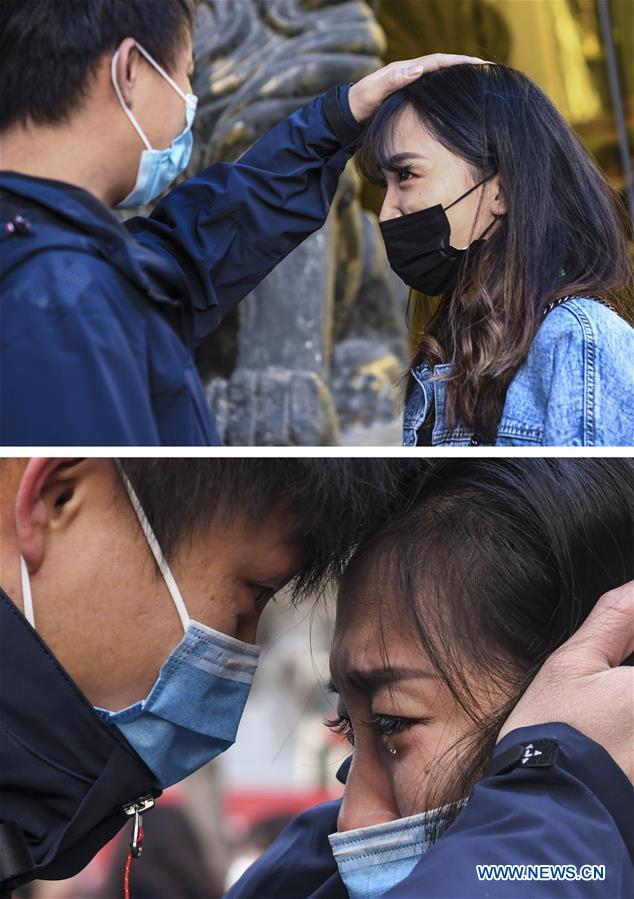 The upper part of this combo photo taken on April 23, 2020 shows Lyu Jun (L), a member of a medical team supporting the novel coronavirus-hit Hubei Province, reuniting with his fiancee Wang He in Urumqi, northwest China's Xinjiang Uygur Autonomous Region. The lower part of the combo photo taken on Jan. 28, 2020 shows Lyu Jun (L) saying goodbye to Wang He before leaving for Hubei Province at Xinjiang Medical University in Urumqi. (Xinhua/Wang Fei) 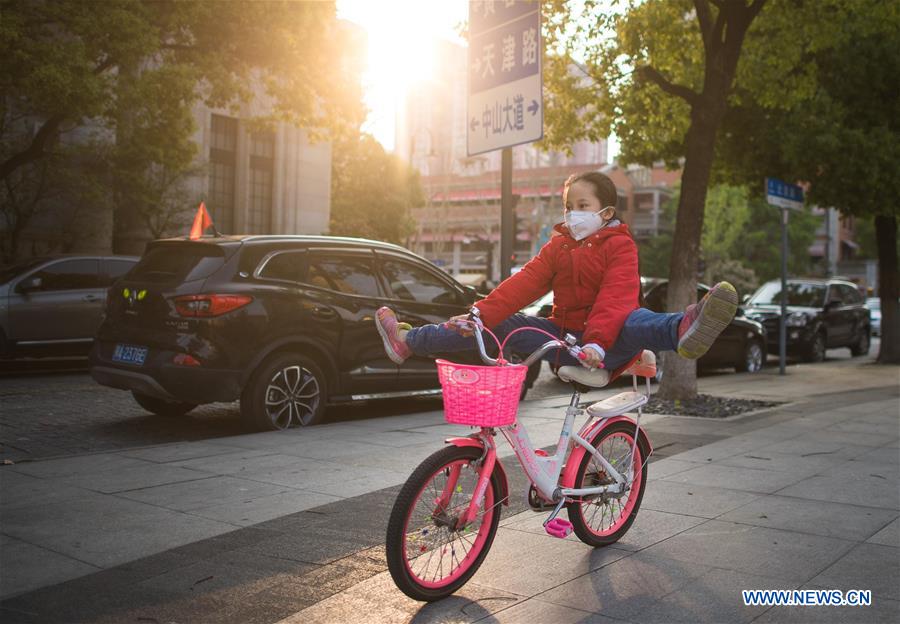 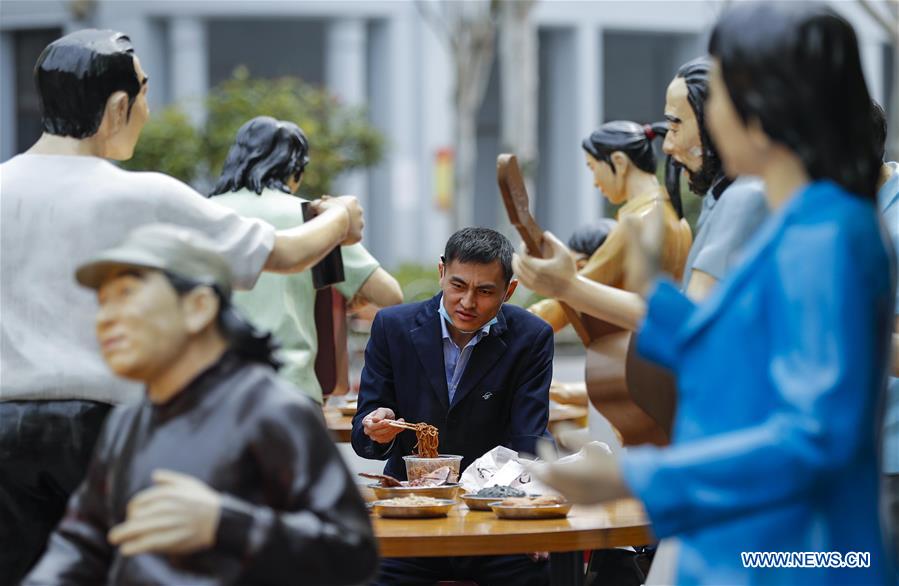 A man has a meal beside statues at an outdoor restaurant in Wuhan, central China's Hubei Province, April 5, 2020. (Xinhua/Shen Bohan) 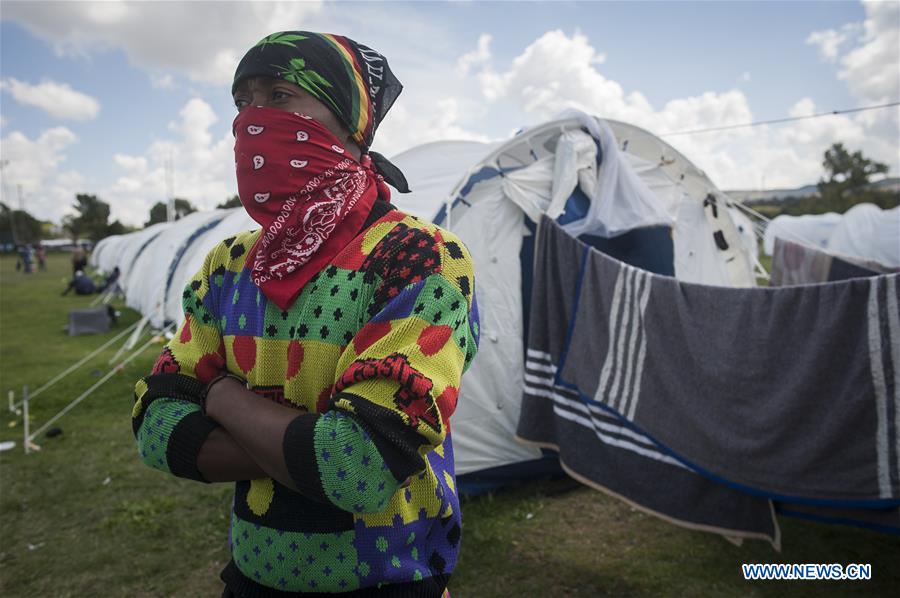 A homeless person stands outside a temporary tent in Pretoria, South Africa, April 15, 2020. South Africa has provided temporary tents and food for the homeless to better control the COVID-19 outbreak. (Photo by Shiraaz Mohamed/Xinhua) 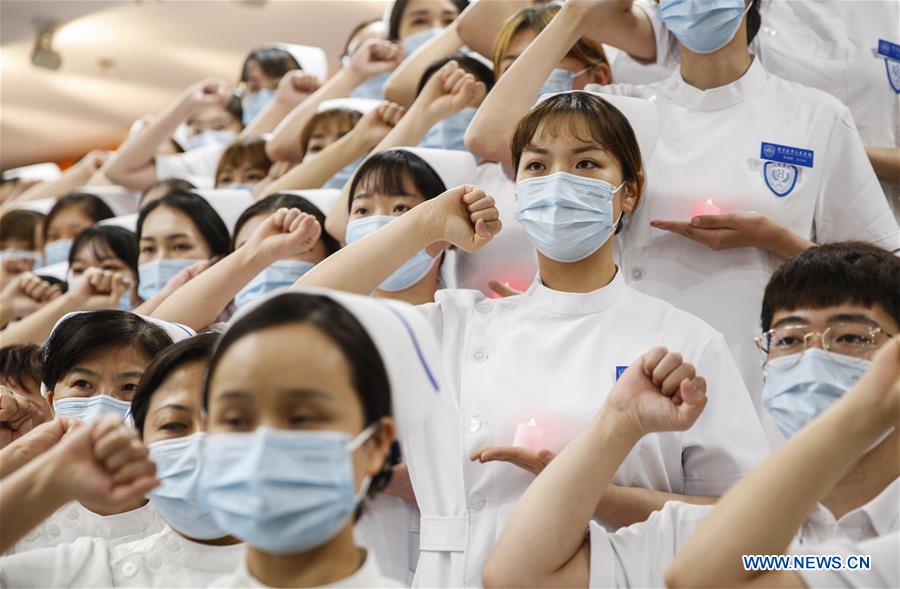 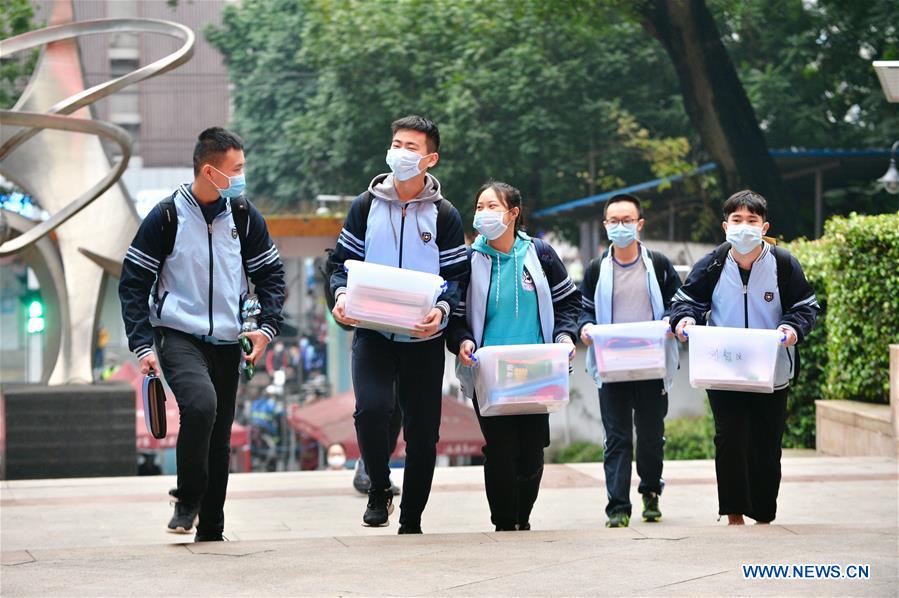 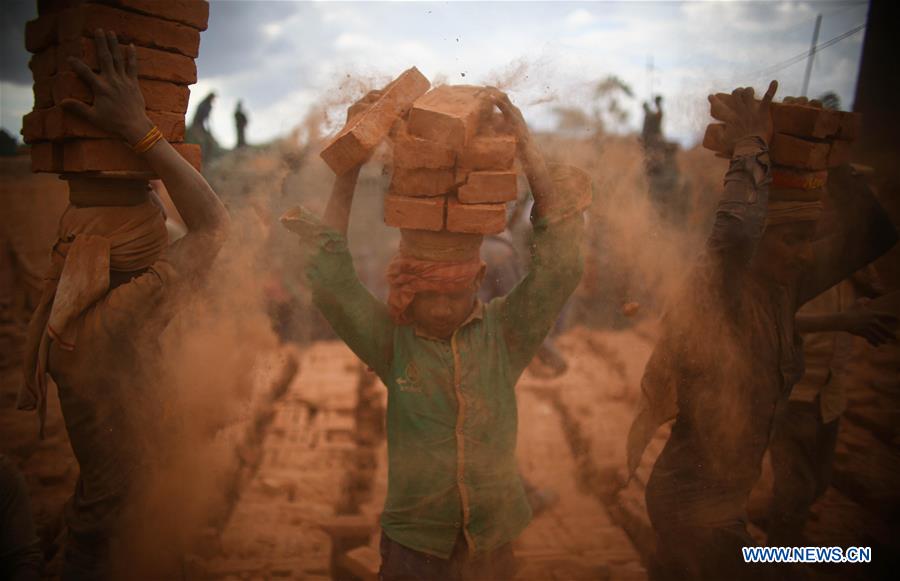 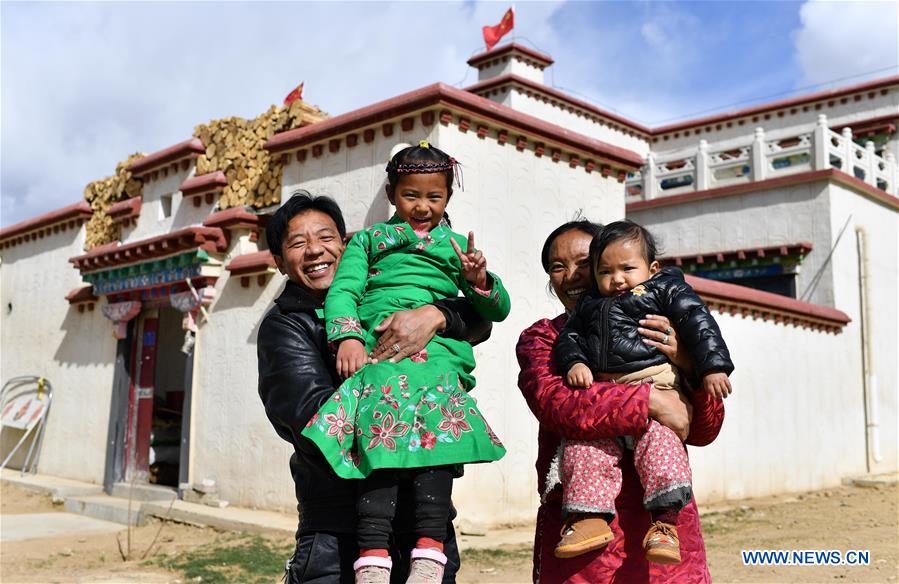 Nijia (1st L) and his family members pose for a photo in front of their house at the Rongma relocation settlement in Gurum Township of Lhasa, capital of southwest China's Tibet Autonomous Region, April 2, 2020. In 2018, more than 1,000 shepherds moved from Qiangtang grassland with an average altitude of about 5,000 meters in Rongma Township of Nagqu City to the Rongma relocation settlement, 30 kilometers west of Lhasa, thanks to the local policy on poverty alleviation. This measure also makes room for the living of wild animals at the Qiangtang National Nature Reserve. With the help of local government, the relocated people have developed the cultivation industry of yaks and sheep and other special pasture-style projects, thus increasing their incomes. (Xinhua/Zhan Yan) 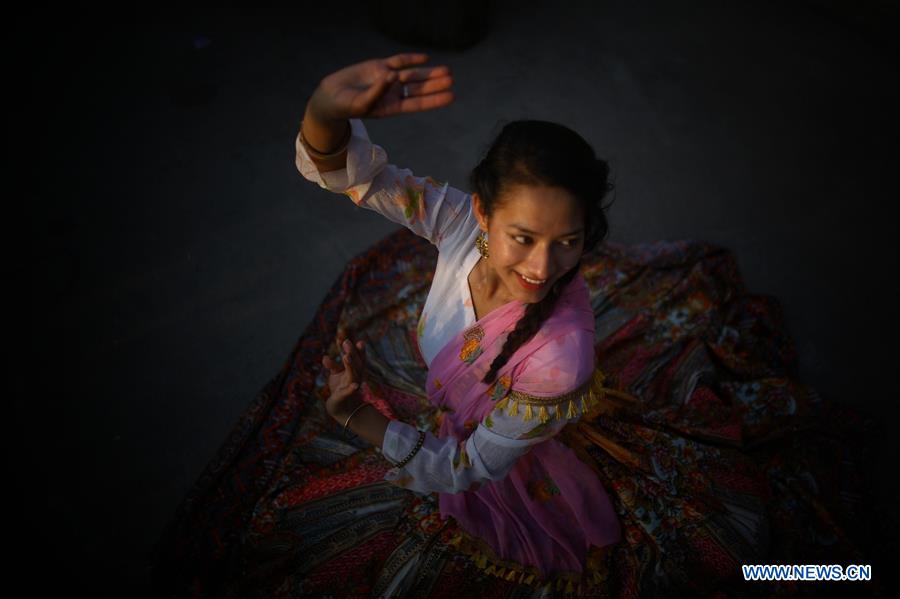 Dance teacher Shristi Maharjan, 18, practices on the roof terrace of her house during the lockdown imposed by the government amid concern of COVID-19 in Kathmandu, Nepal, April 4, 2020. (Photo by Sulav Shrestha/Xinhua) 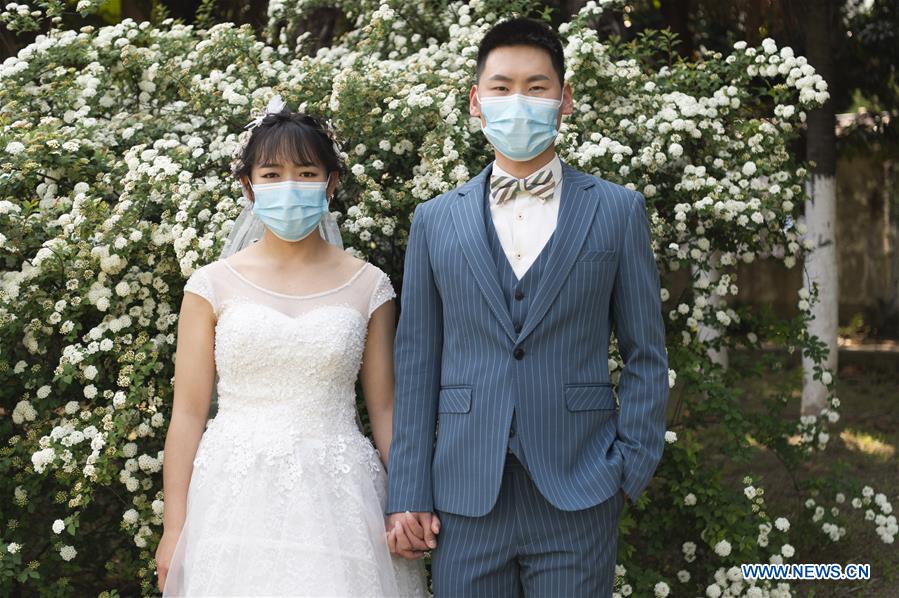 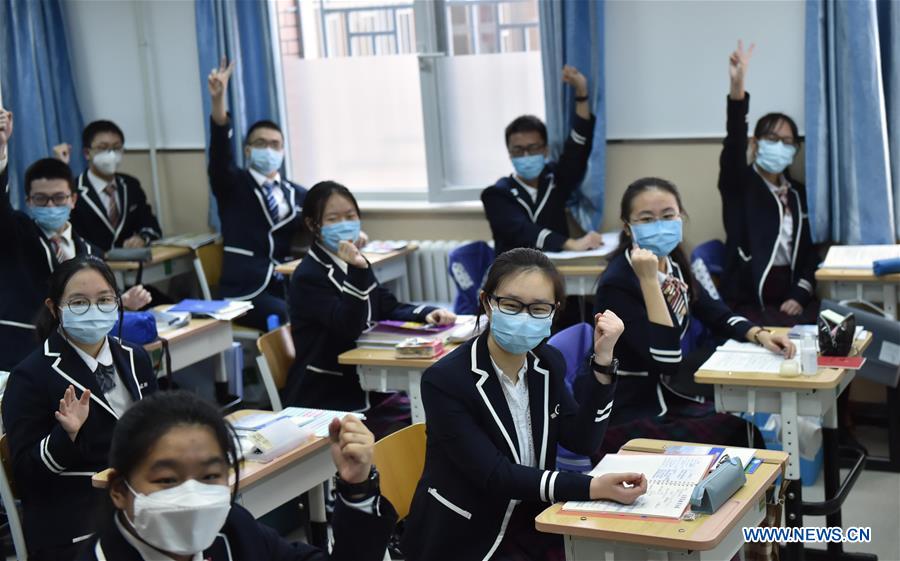 Students cheer for themselves at Guangqumen Middle School in Beijing, capital of China, April 27, 2020. Nearly 50,000 senior students of high schools in Beijing returned to campus to start their postponed new semester on April 27 as the COVID-19 epidemic situation has been eased. (Xinhua/Chen Zhonghao) 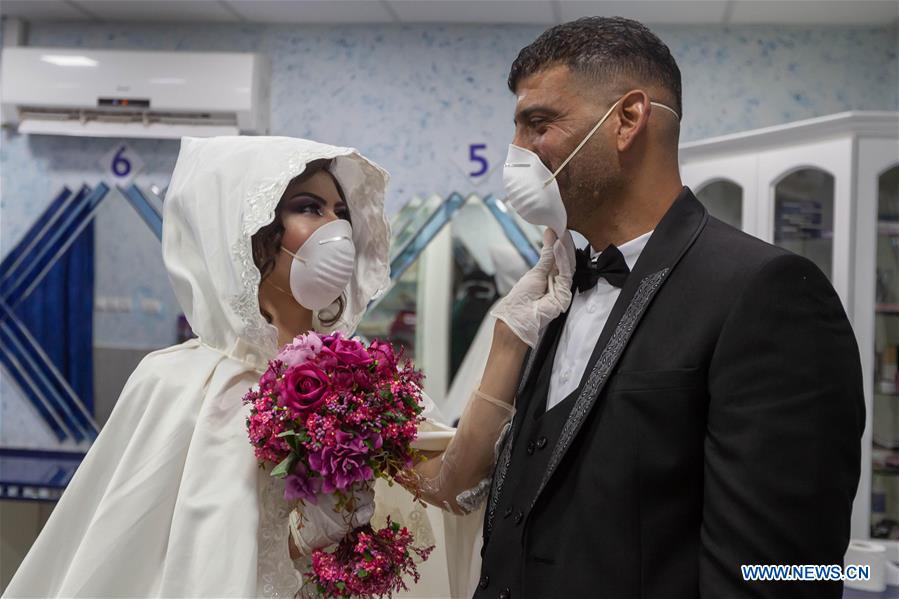 Palestinian bride Shima' al-Titi adjusts the face mask for her groom, Ishaq Musleh, before they leave the beauty salon in the Palestinian Deheisheh refugee camp near the West Bank city of Bethlehem, April 10, 2020. (Photo by Luay Sababa/Xinhua) 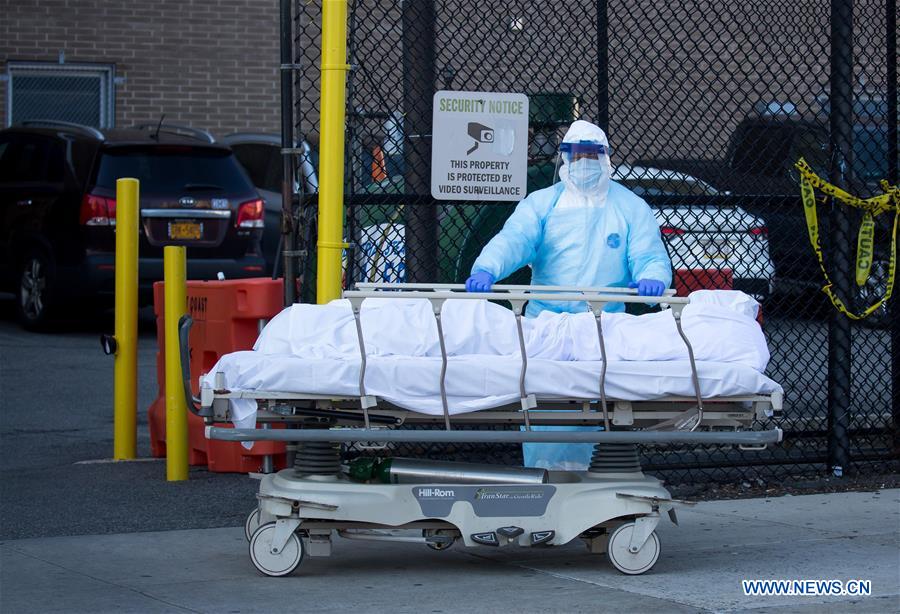 A medical worker transfers the body of a victim who died of COVID-19 at a hospital in New York, the United States, April 6, 2020. (Photo by Michael Nagle/Xinhua) 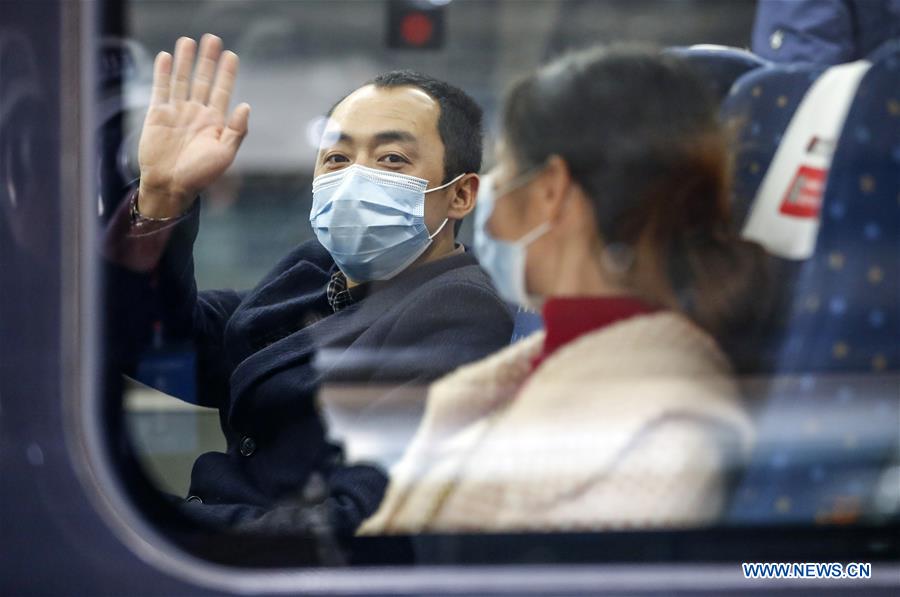 A man on board train G431 from Wuhan to Nanning of south China's Guangxi Zhuang Autonomous Region, the first outbound train leaving Hubei Province from Wuhan since the outbound travel restrictions were lifted, waves his hand outwards at the Wuhan Railway Station in Wuhan, capital of central China's Hubei Province, April 8, 2020. (Xinhua/Shen Bohan) 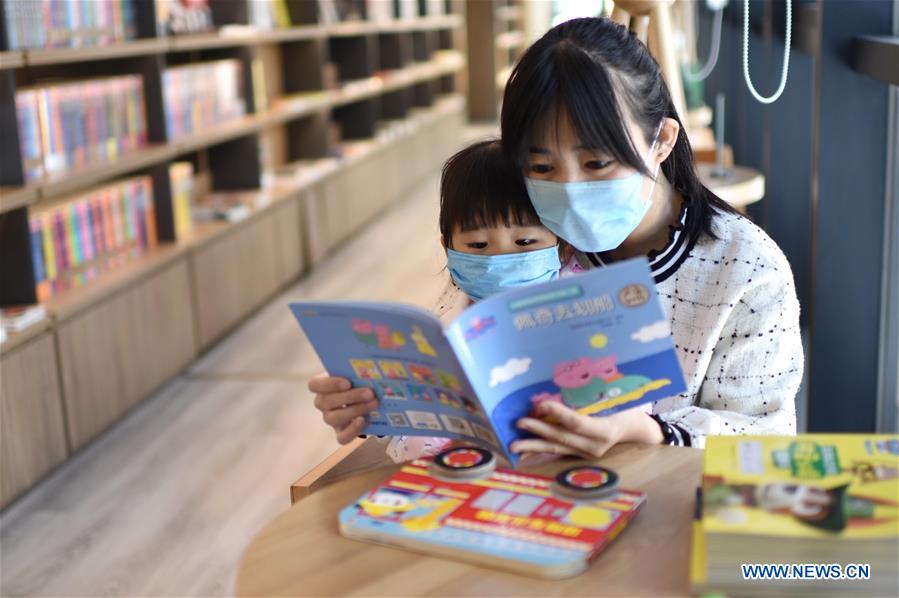 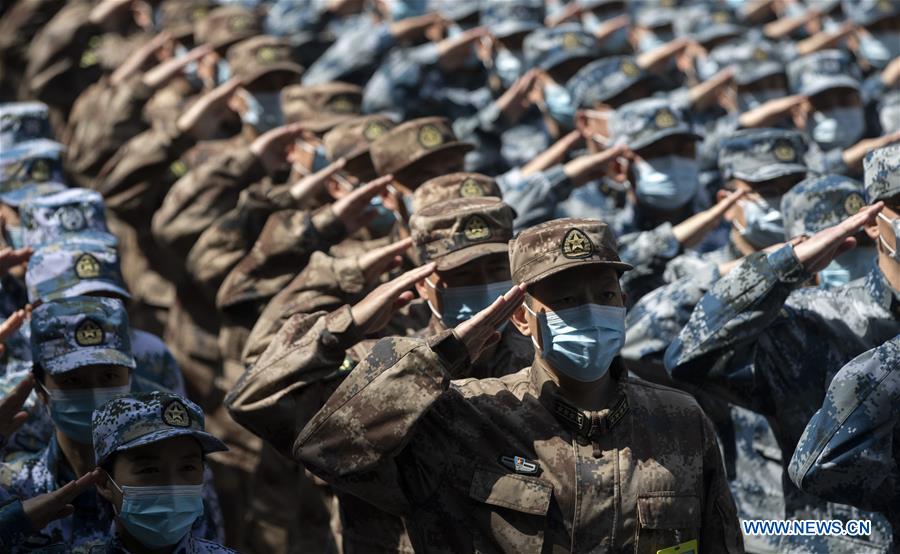 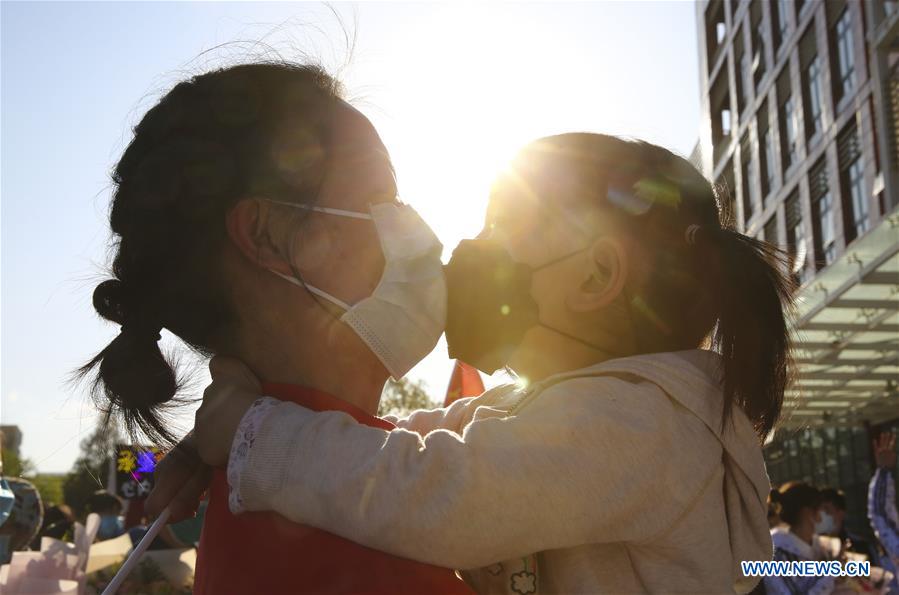 Li Peitao, a member of the medical team of Peking University Third Hospital supporting Hubei Province amid the coronavirus outbreak, kisses her daughter before attending a welcome ceremony in Beijing, capital of China, April 20, 2020. (Xinhua/Yin Gang) 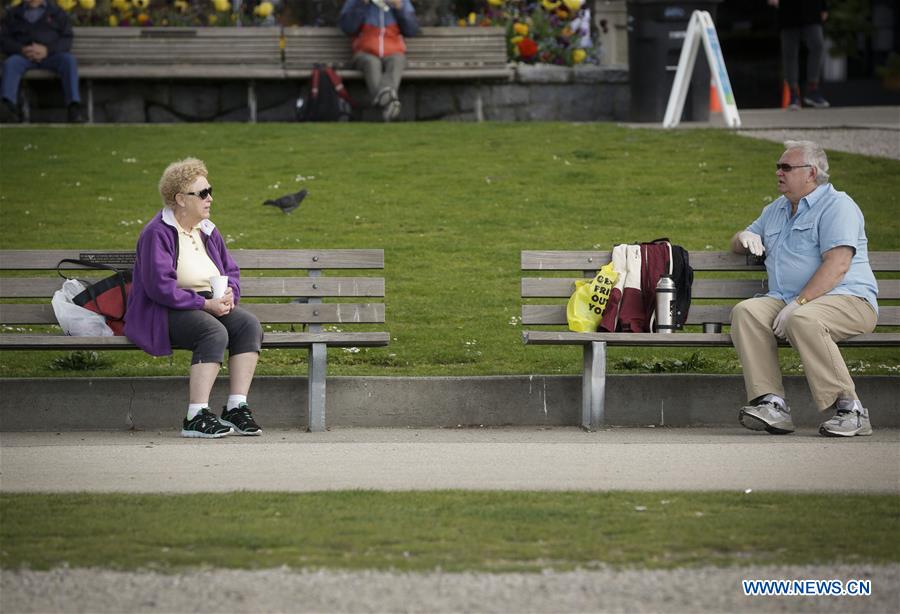 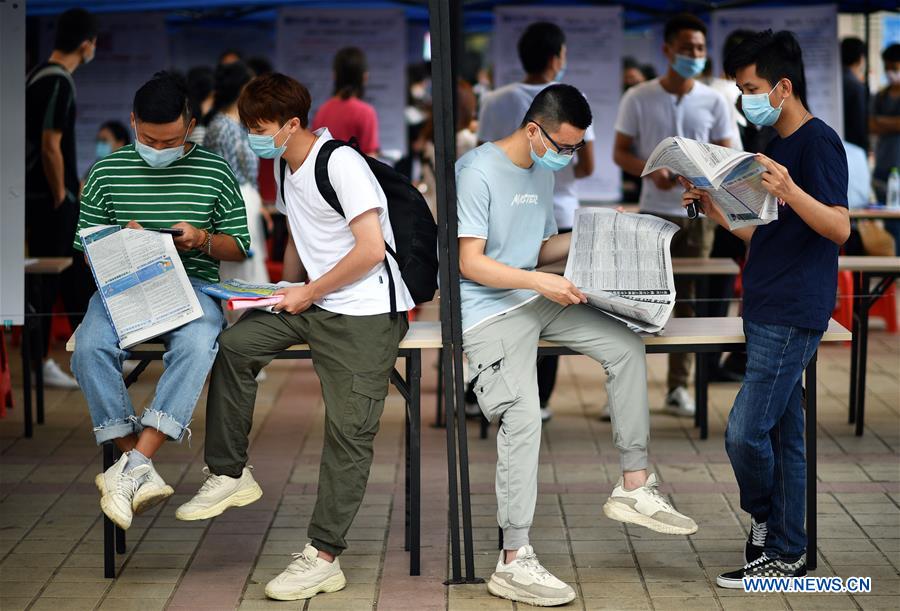 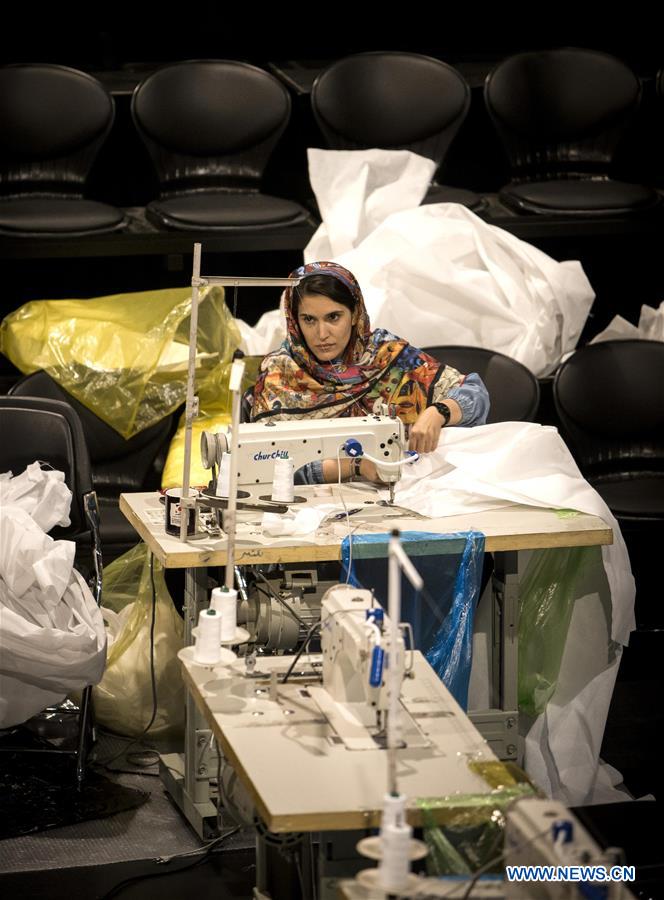 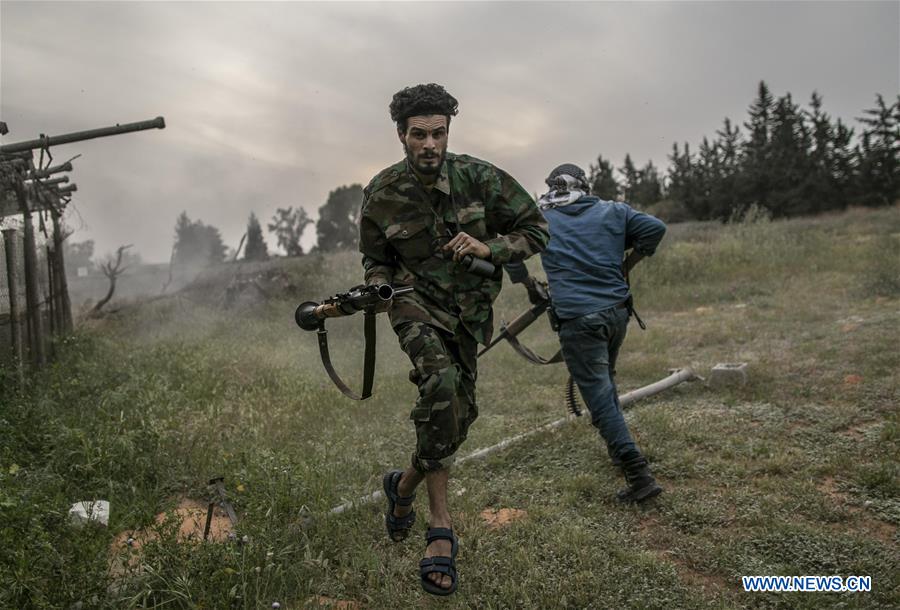 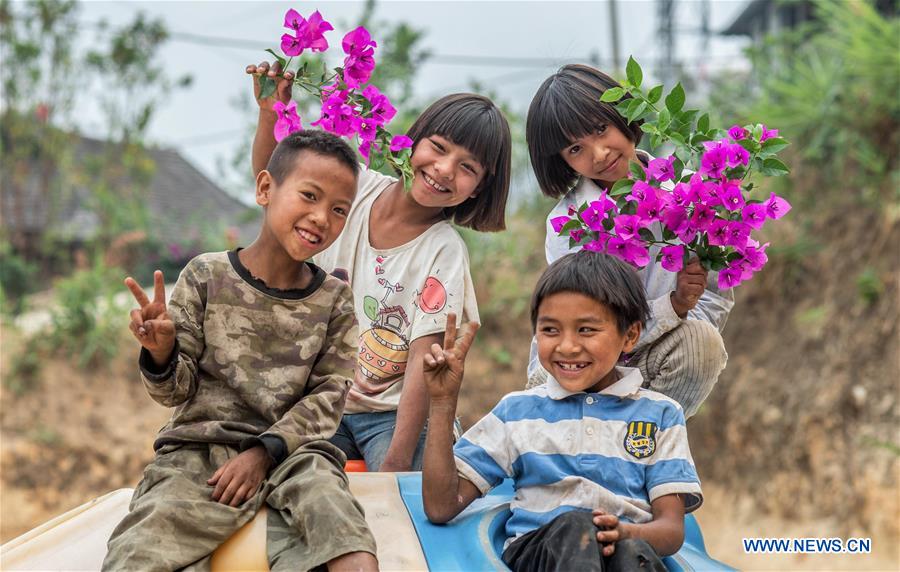 Children play outdoors at Manbansandui hamlet of Mannan Village in Menghai County, southwest China's Yunnan Province, April 9, 2020. Remotely in the mountains of southwest China's Yunnan lies the former site of poverty-stricken Manbansandui hamlet where 17 households of Lahu ethnic group used to reside. In consideration of the villagers' living habits and customs, the hamlet was relocated to a new area contiguous to its original site in 2009, to improve the villagers' living environment and help them shake off poverty. (Xinhua/Hu Chao) 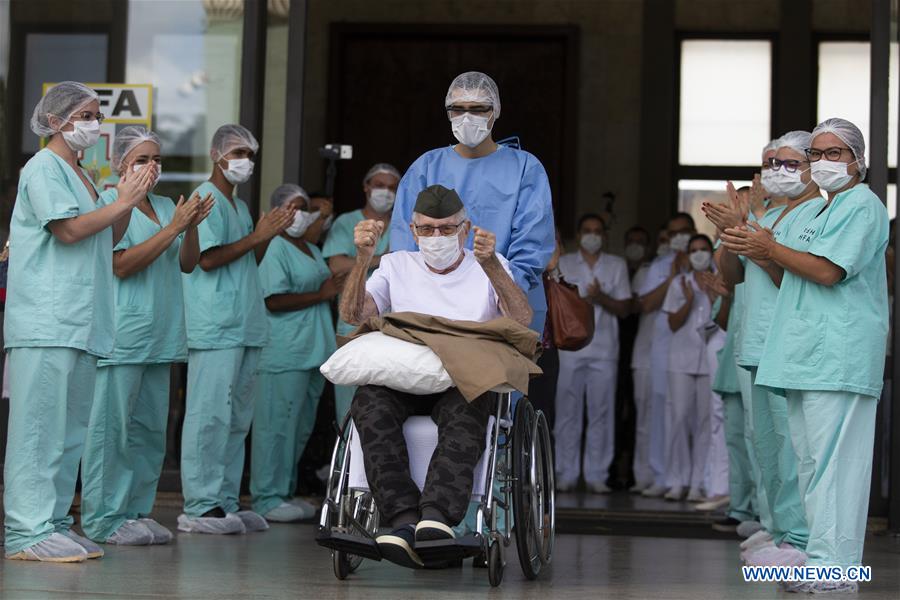 Ernando Piveta (C), a 99-year-old Brazilian World War II veteran, is discharged from the Armed Forces Hospital after recovering from COVID-19 in Brasilia, Brazil, April 14, 2020. Ernando Piveta, who had been a member of the Brazilian Expeditionary Force, was admitted to the hospital on April 6 and treated in the facility's "COVID ward" after testing positive for the virus, the Defense Ministry said. Born on Oct. 7, 1920, Piveta received the Medal of Victory from Brazil's President Jair Bolsonaro last year for his service to the nation. (Photo by Lucio Tavora/Xinhua) 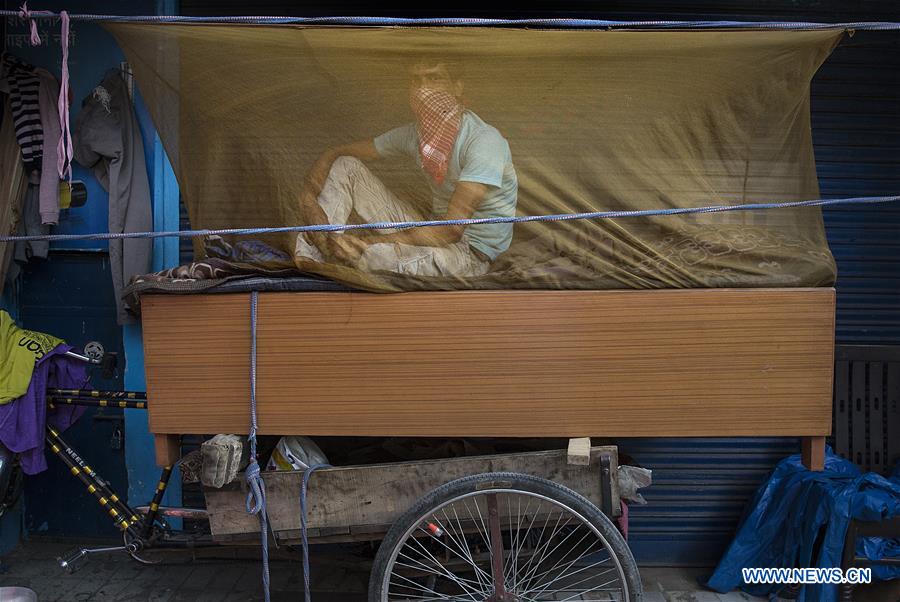 A man sits inside a mosquito net at his temporary shelter set up on a rickshaw during the lockdown due to COVID-19 in New Delhi, India, April 17, 2020. (Xinhua/Javed Dar) 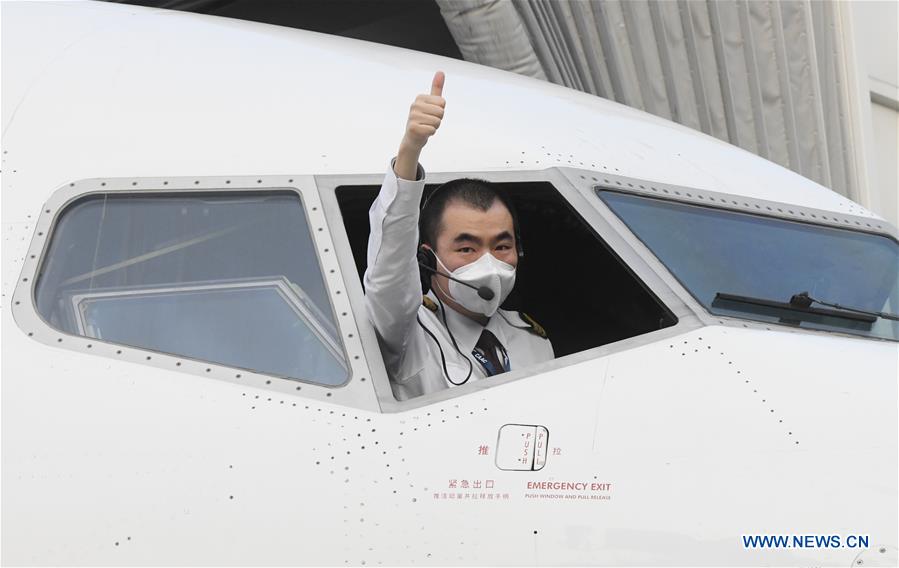 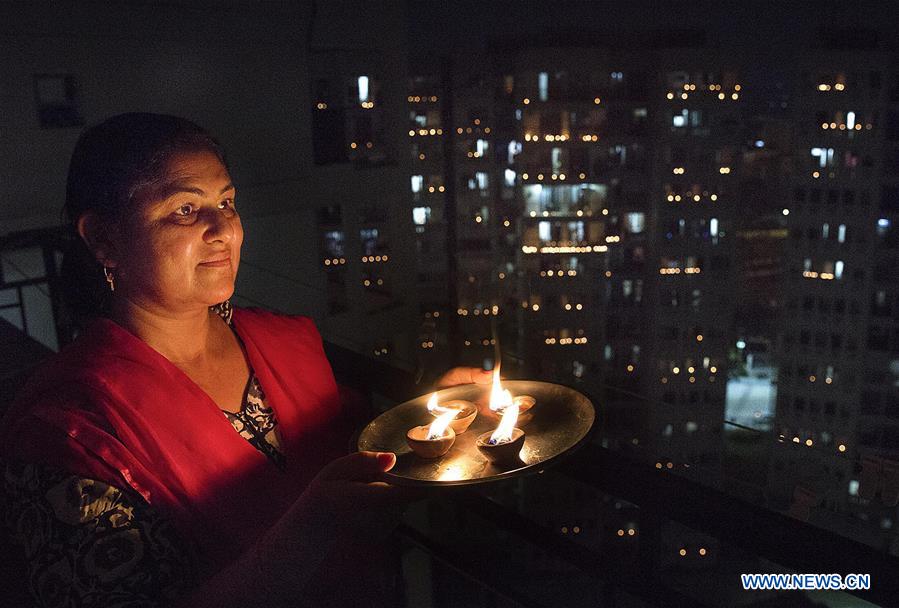 An Indian woman lights earthen lamps on her balcony to mark the country's fight against the COVID-19 pandemic in New Delhi, India, April 5, 2020. (Xinhua/Javed Dar) 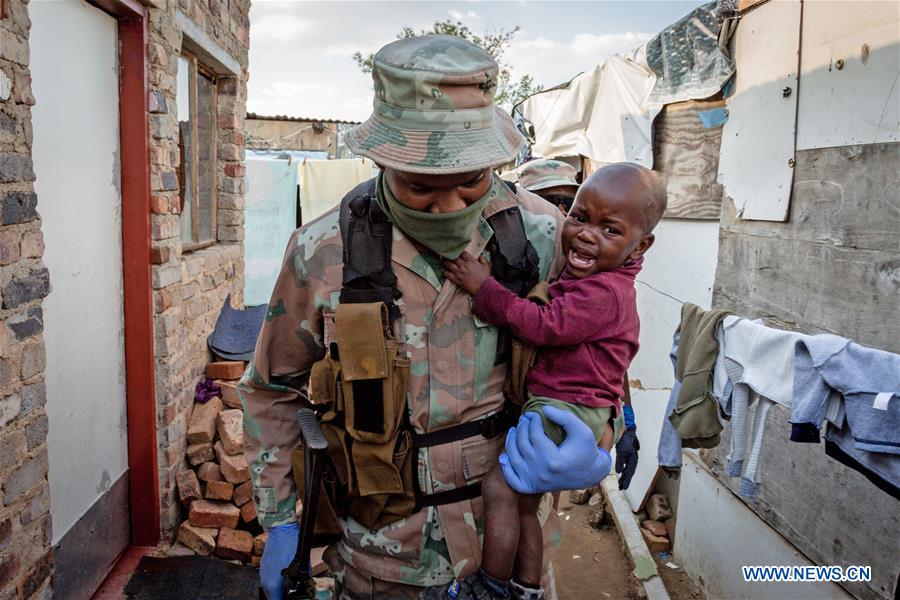 A soldier of South African National Defense Force carries a baby in his arm in Johannesburg, South Africa, April 20, 2020. (Photo by Yeshiel/Xinhua) 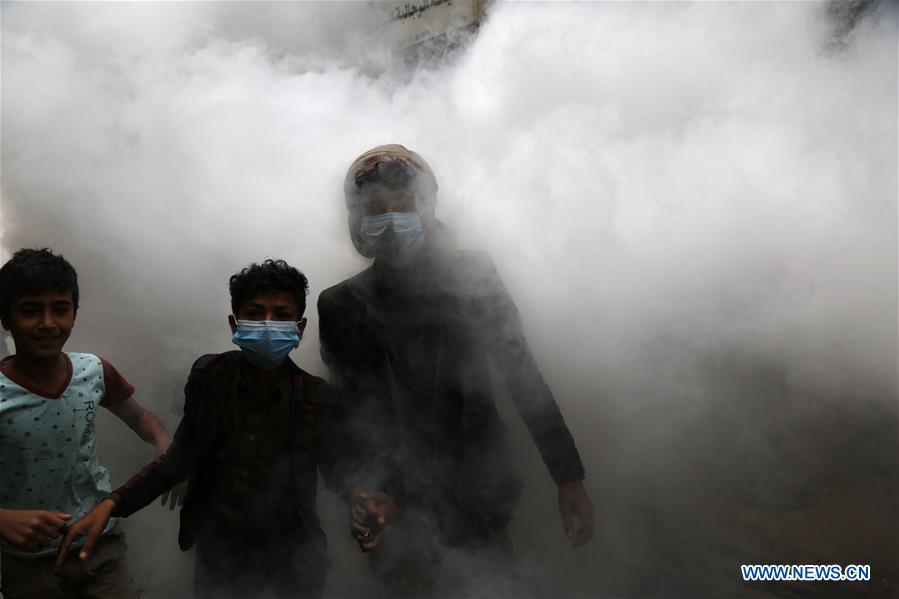 People walk through fumigation on a street in Sanaa, Yemen, April 30, 2020. (Photo by Mohammed Mohammed/Xinhua) 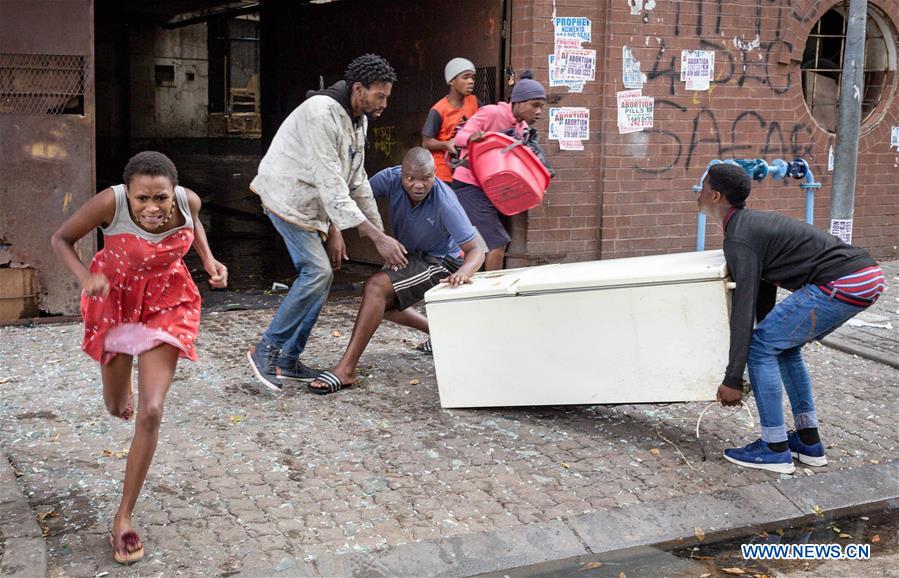 People run out of a building when a fire breaks out in Johannesburg, South Africa, April 16, 2020. (Photo by Yeshiel/Xinhua)