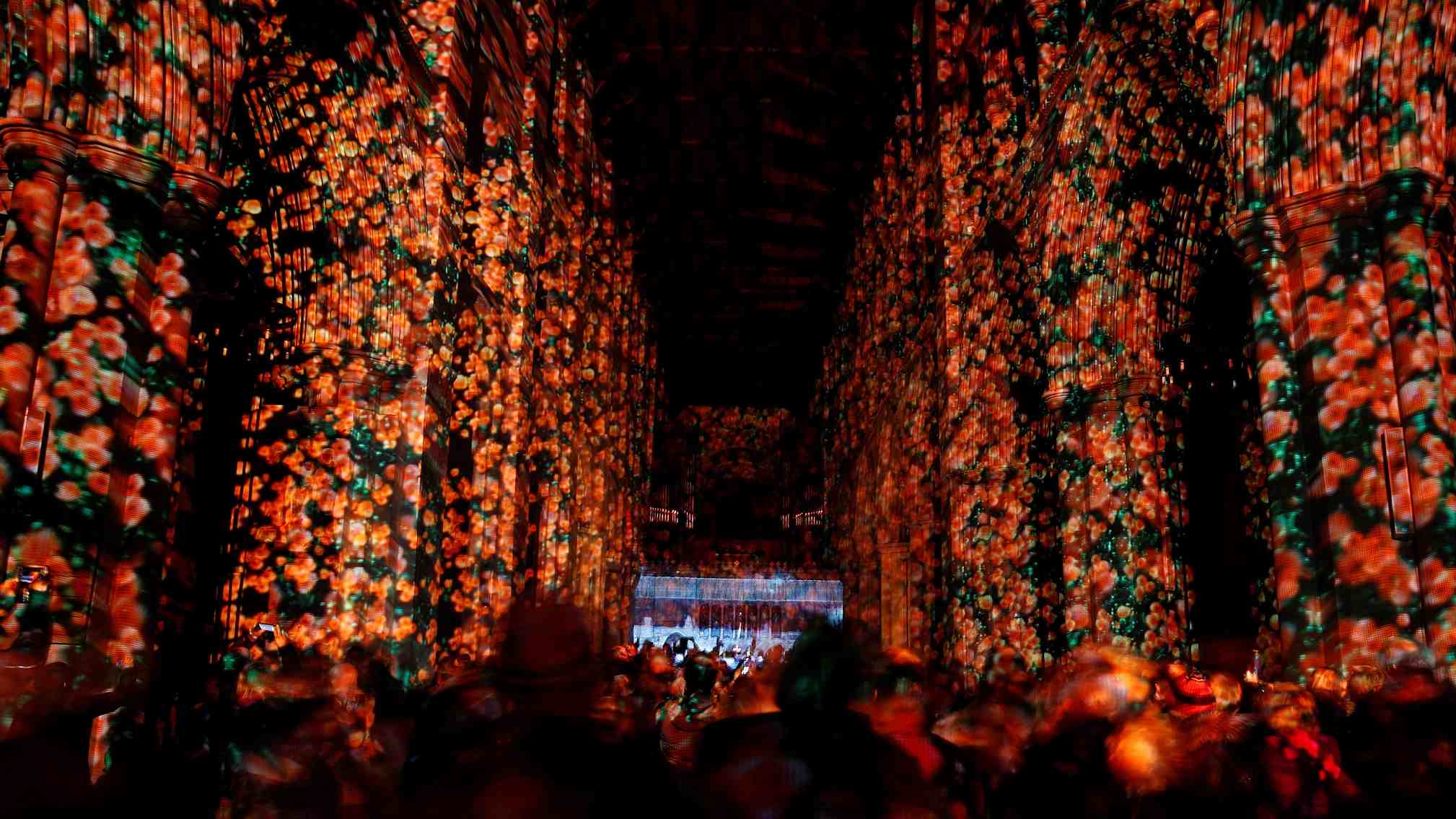 To commemorate the centenary of World War One, Poppy Fields, a light show created by artistic director Peter Walker, was held in the nave of St Albans Cathedral, in St Albans, UK, on October 27. Images of poppies as well as soldiers are projected onto the surfaces of the Cathedral. /VCG Photo 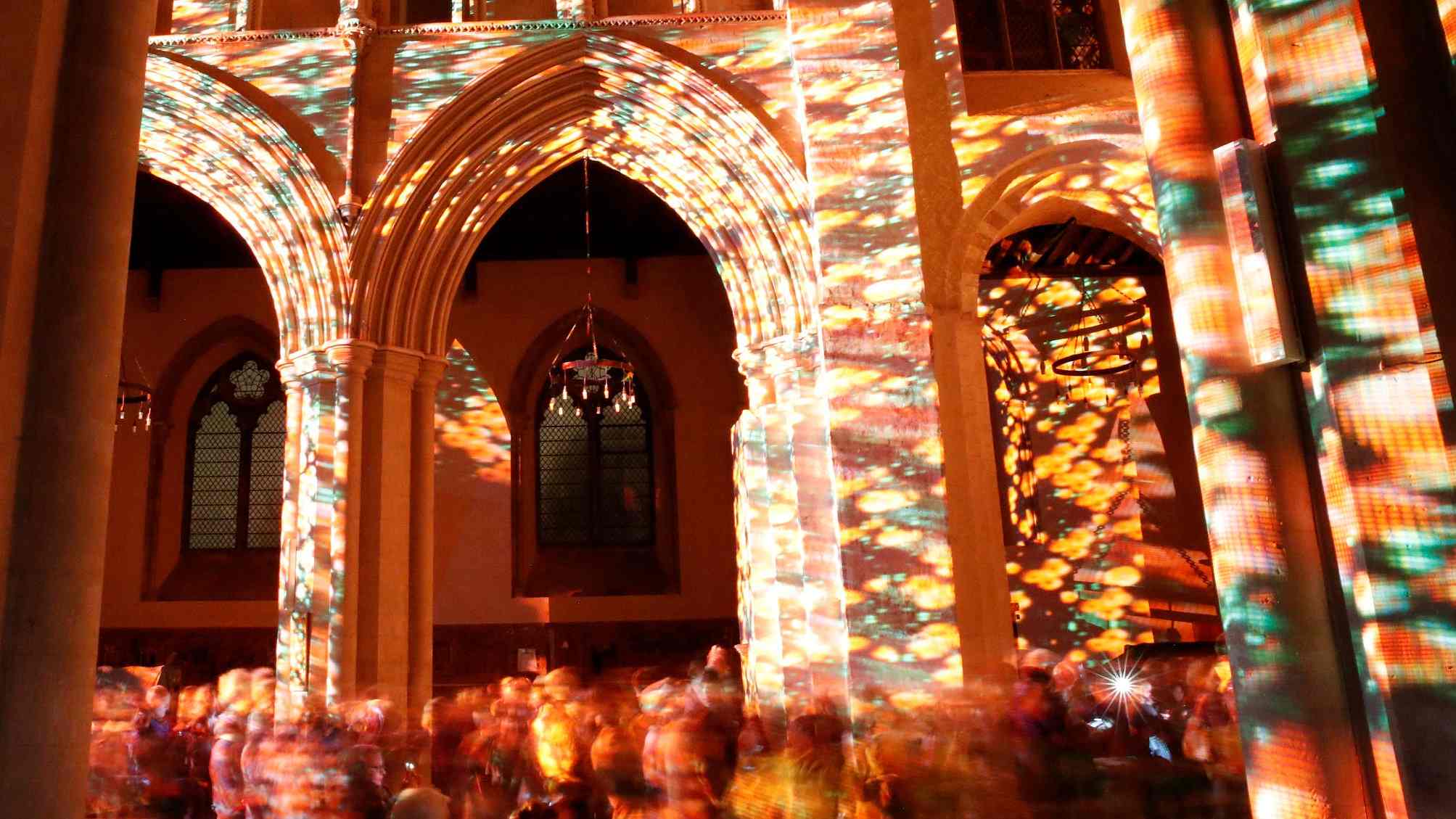 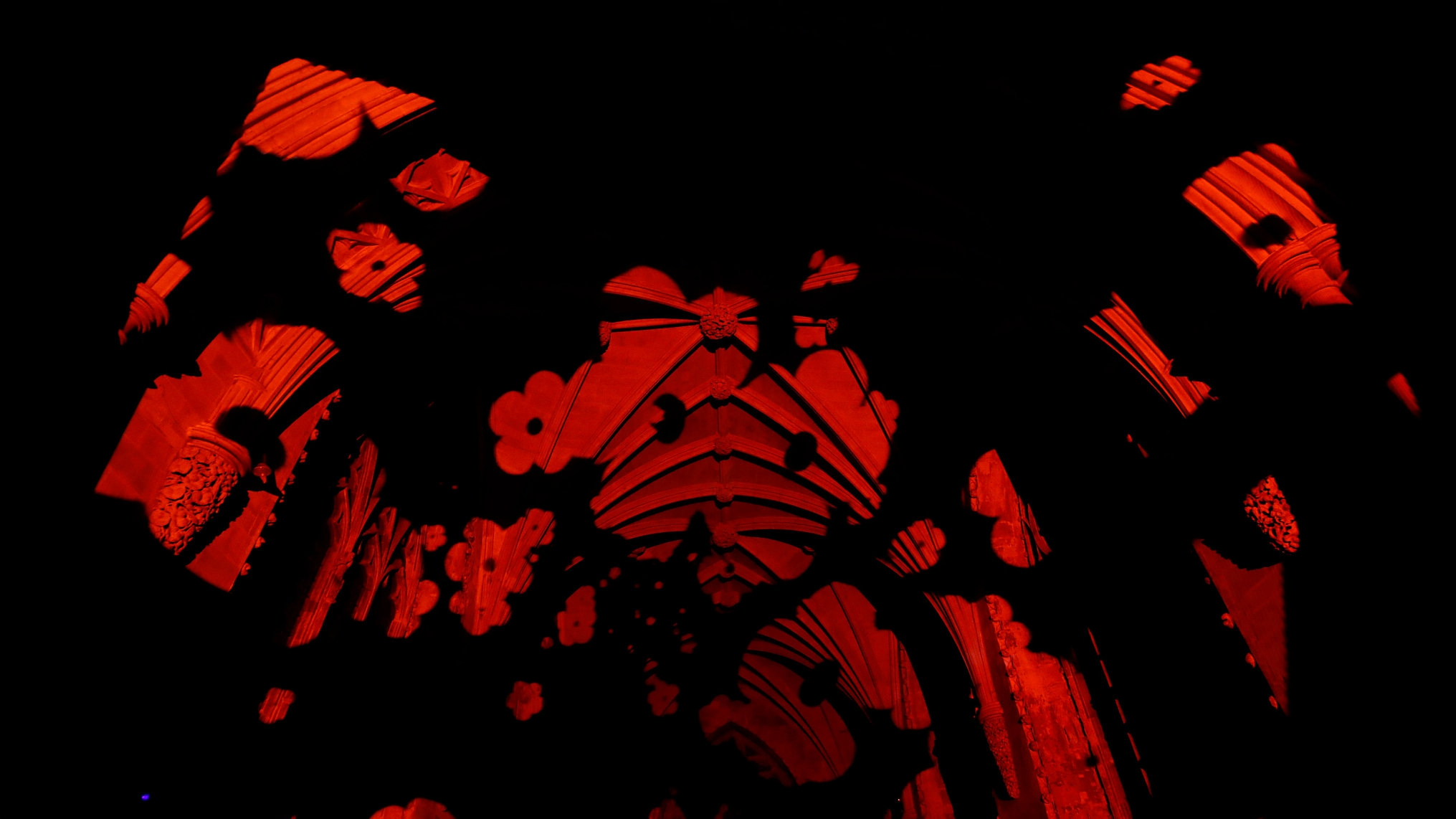 According to the BBC, the names of over 2,000 people who had served in conflicts over the past 100 years were submitted to the project. /VCG Photo 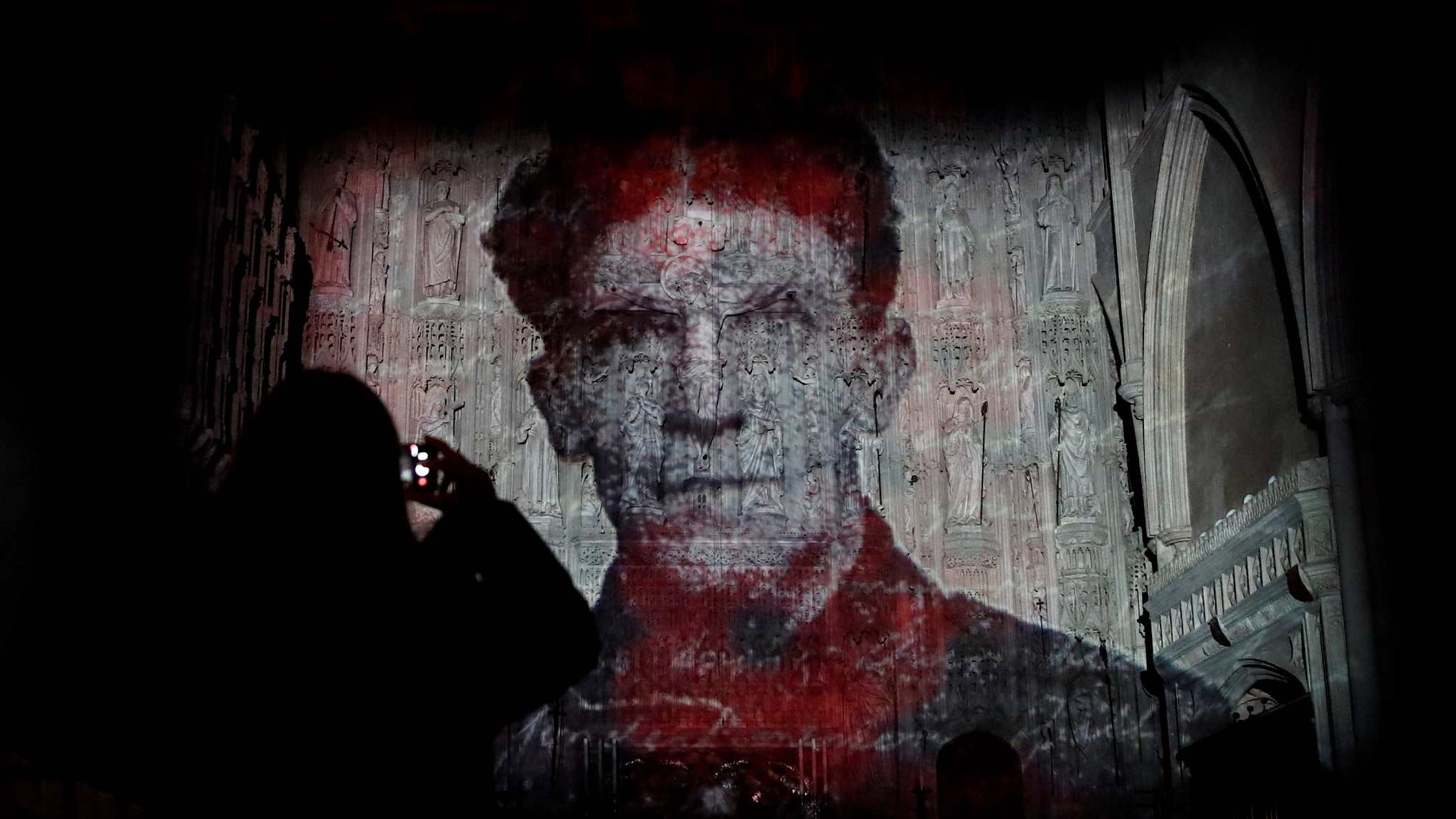 "It was a powerful way to offer sorrow and thanks for the past and continuing self-sacrifice of so many for the sake of their fellow human beings," said the dean of the cathedral, The Very Reverend Dr Jeffery John. /VCG Photo