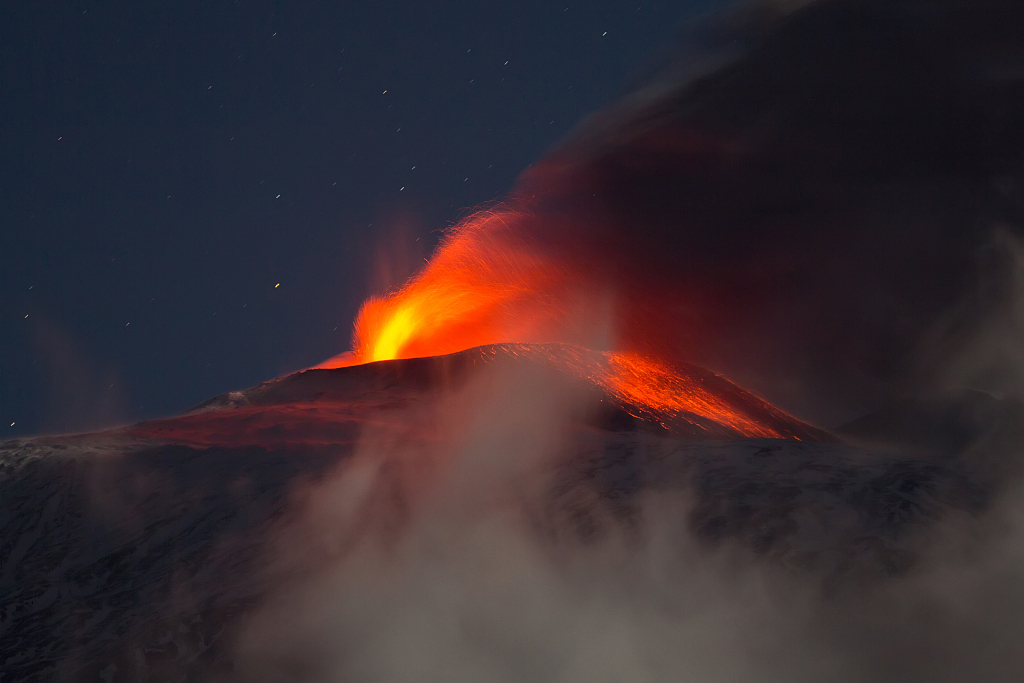 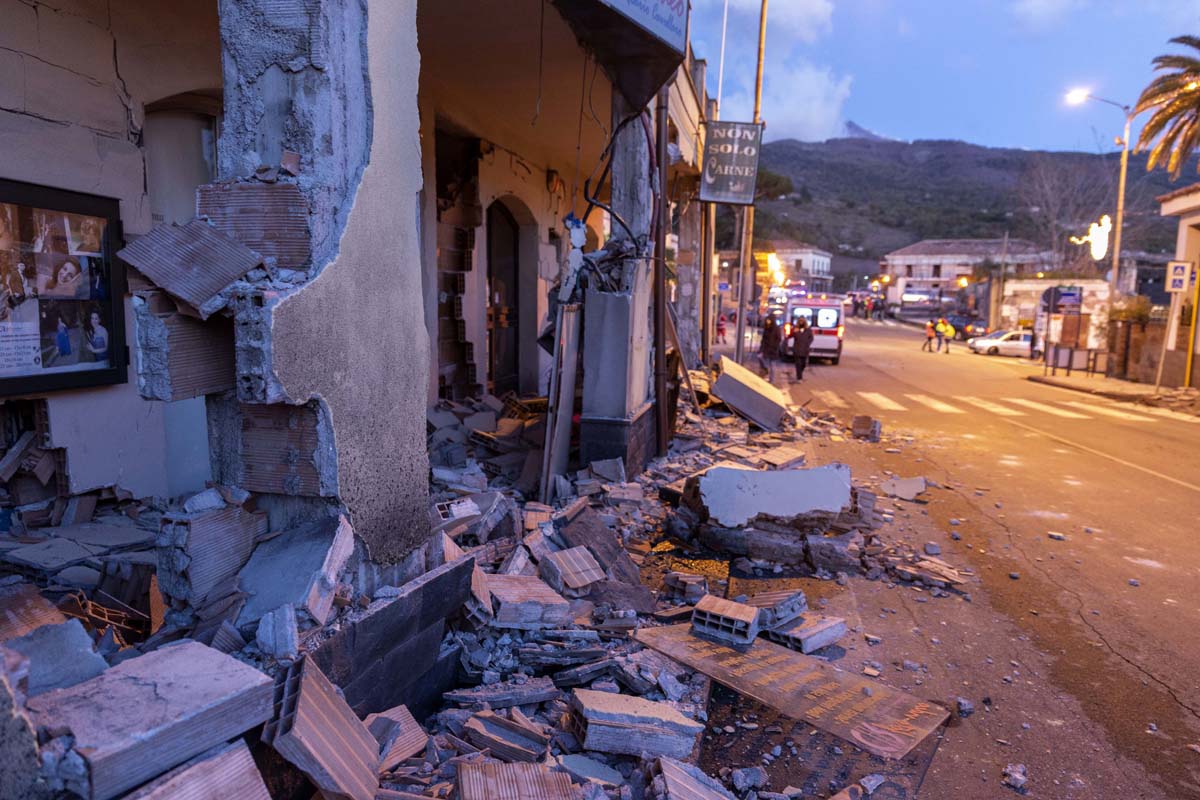 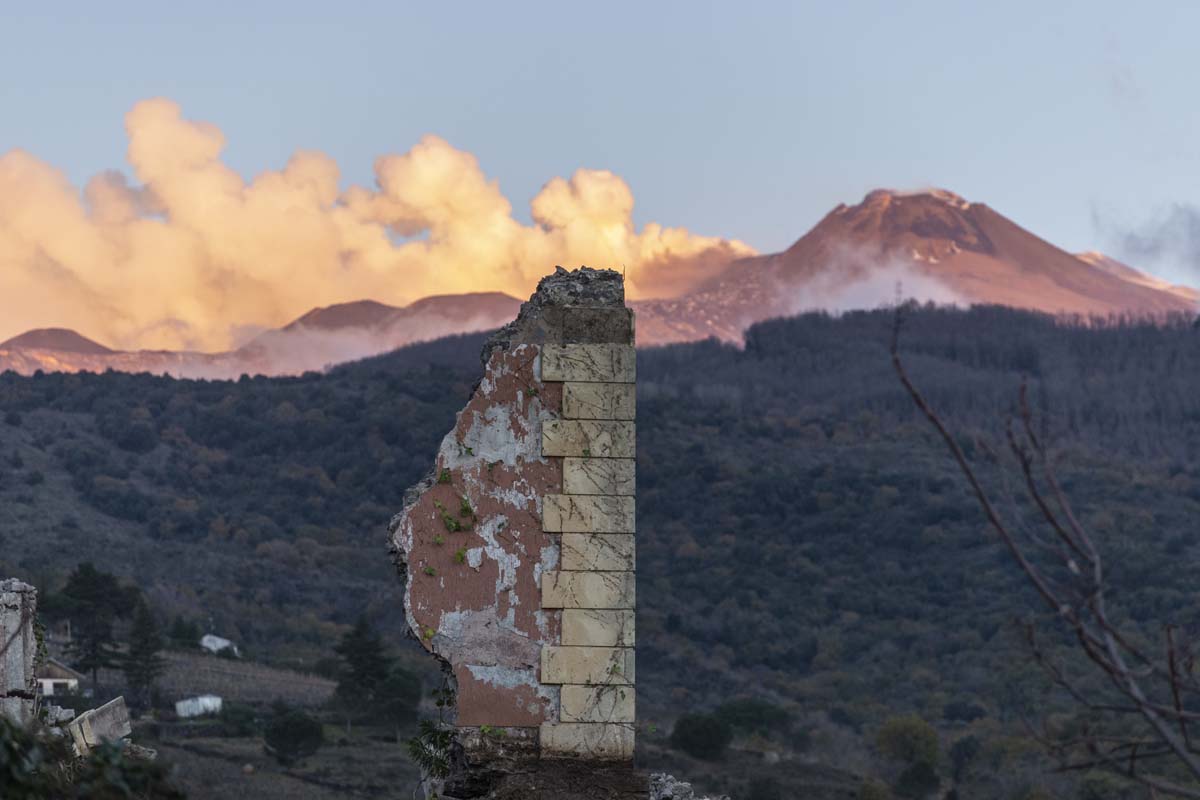 The remains of a collapsed structure are backdropped by plumes of smoke coming out Mount Etna volcano in Fleri, Sicily Italy, Wednesday, Dec. 26, 2018. (Photo: AP) 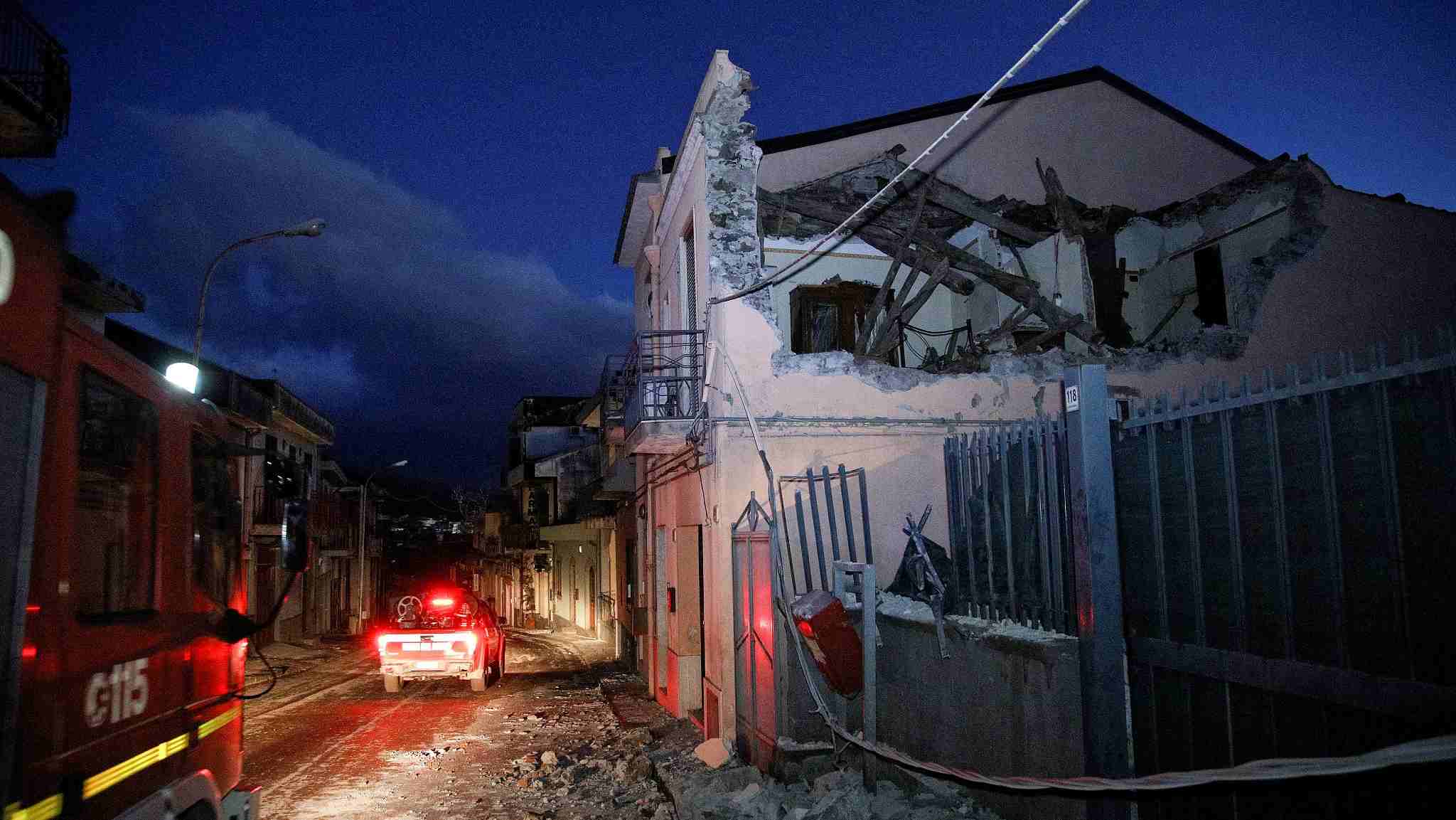 It was the biggest earthquake since the volcano rumbled to life on Monday. An ash cloud caused by the eruption also led to the temporary closure of the Sicilian airspace on Christmas Eve. (Photo: VCG) 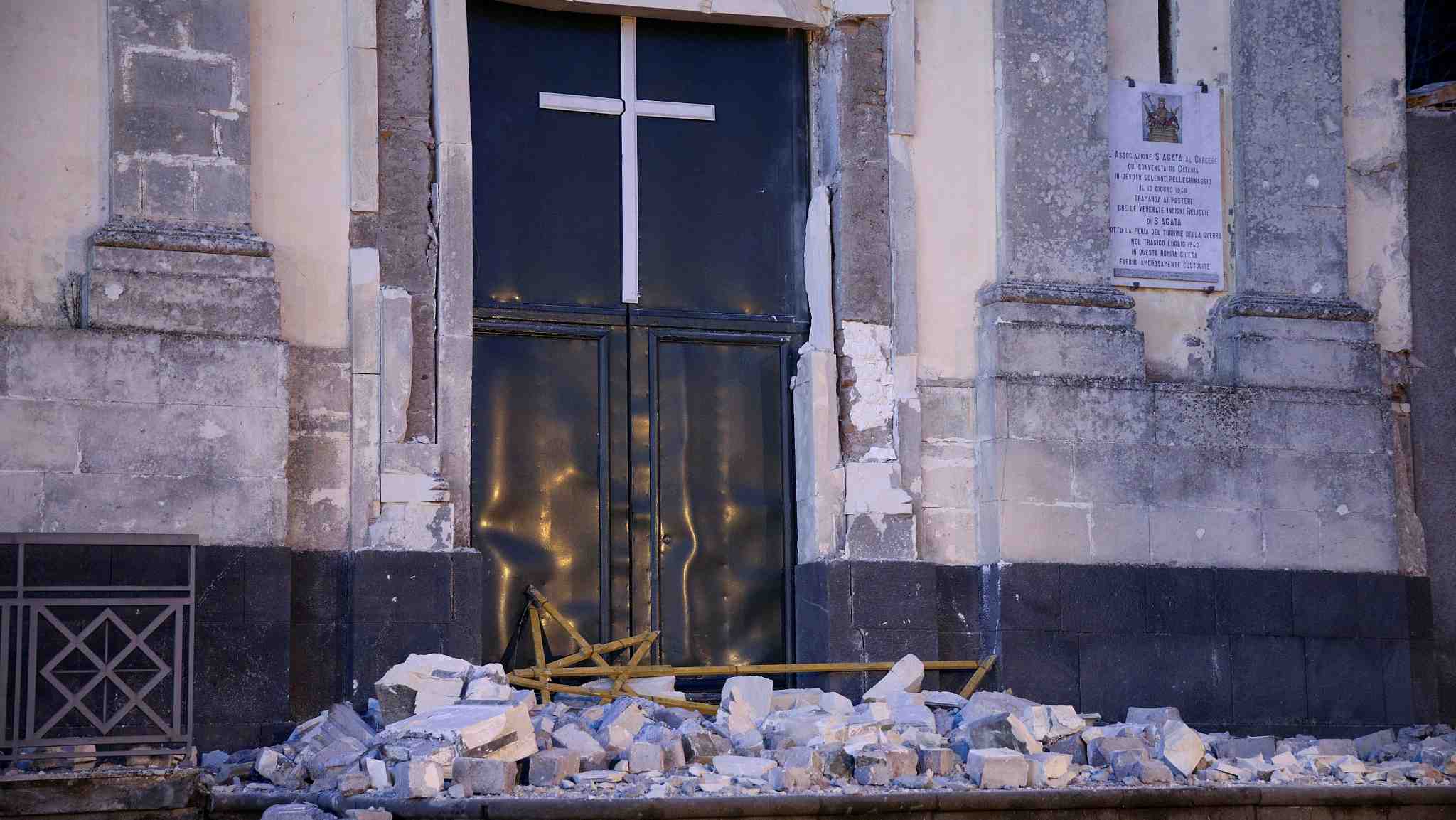 The walls of St. Agata church, a centuries-old Roman Catholic cathedral located in Catalonia, did not escape the impact of the tremor, with photos showing pieces of bricks piling in front of the entrance. (Photo: VCG)