The freezing temperatures that continued across the U.S. have caused what’s been termed "ghost apples" in Michigan State. Horticulturalist Andrew Sietsema discovered apple-shaped ice shells had formed on some of the fruit in his garden in Kent County on February 6. 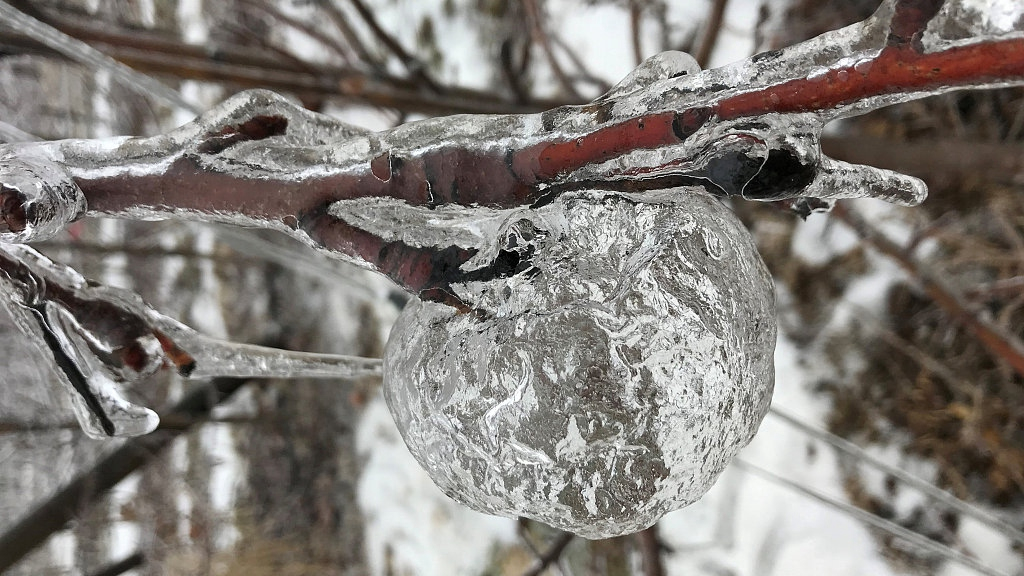 As the apples began to rot, they would slide out of the bottom of the ice, leaving the ice shells hanging on the trees. The rare phenomenon is likely to have been caused by the recent arctic blast from the polar vortex that plunged parts of the country into a deep freeze. As the apples in that region were completely exposed to temperatures well below freezing over the past weeks, it is no surprise that they turned to rot and mush. (Photos: VCG)