Rare Roman gold coin to go on auction in UK 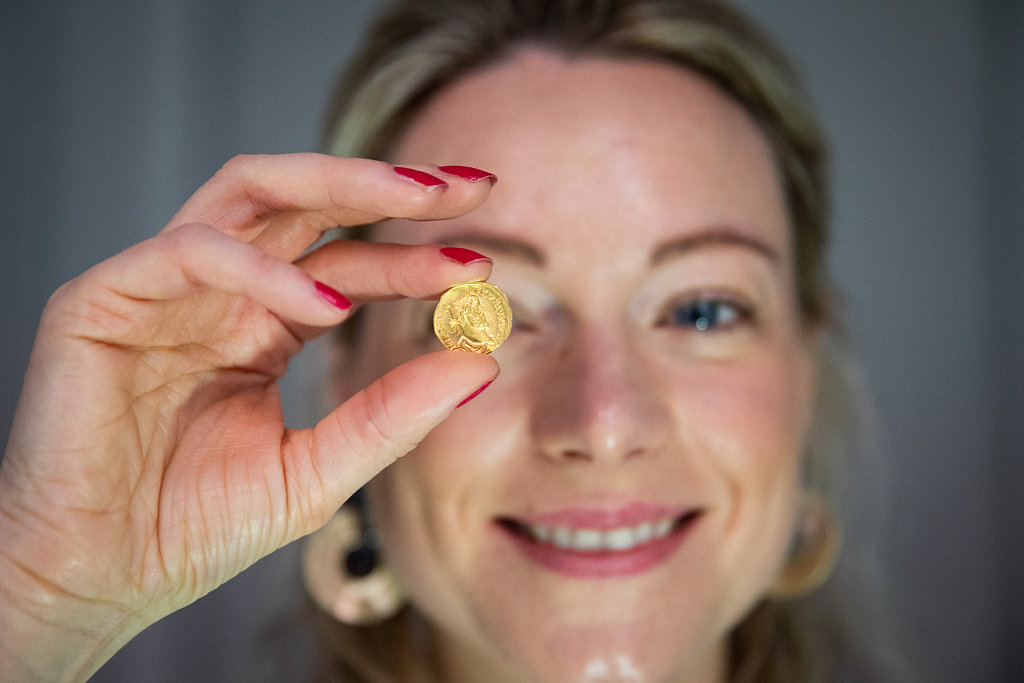 A very rare Roman coin discovered in a field in Kent, UK, is going on auction in Dix Noonan Webb, London in early June. (Photos: VCG) 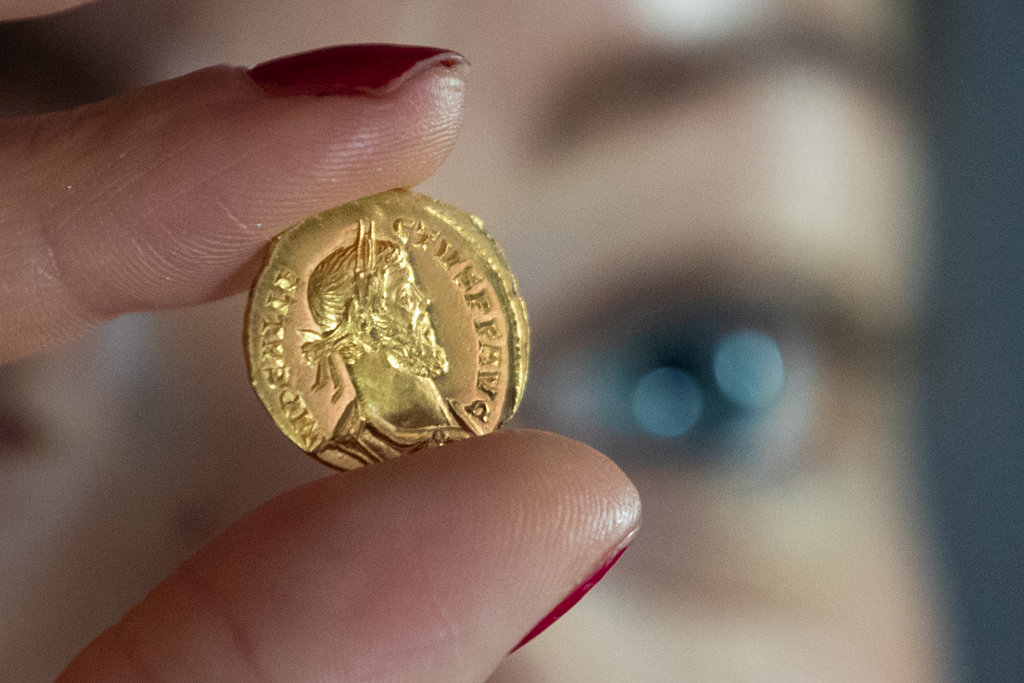 The 4.31-gram gold coin, called an Aureus, dates back almost 2,000 years. It depicts the face of Emperor Allectus on one side and two captives kneeling at the feet of Apollo on the other. 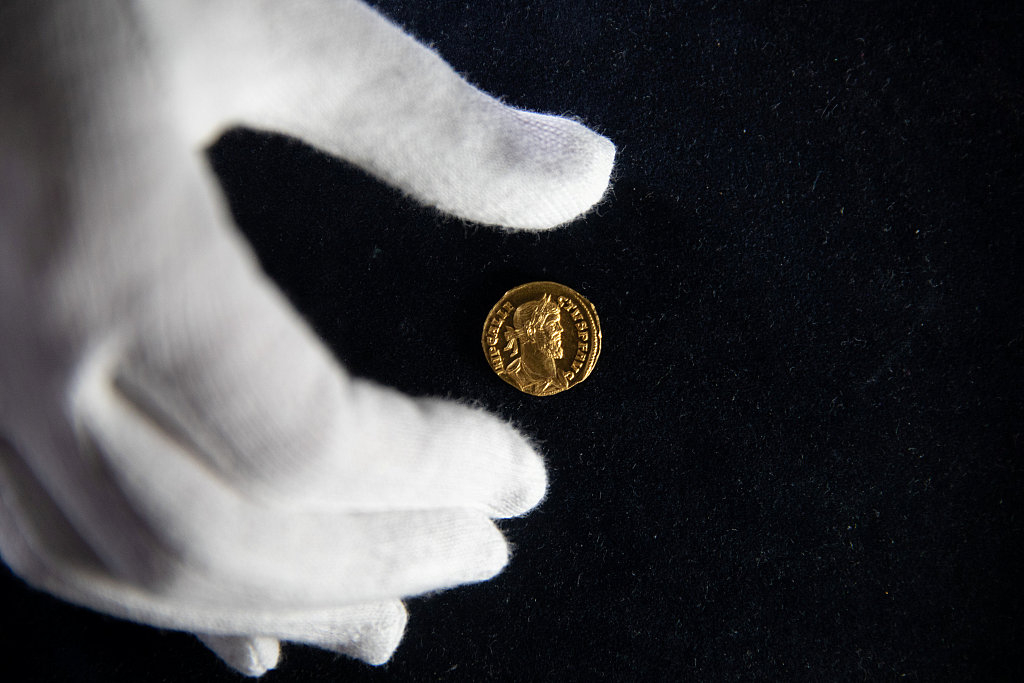 Emperor Allectus was a Roman-Britannic usurper emperor in Britain and northern Gaul from 293 to 296. He is regarded by many as the first Brexiteer, as he took Britain out of the Roman Empire during his brief reign, Daily Mail reported. 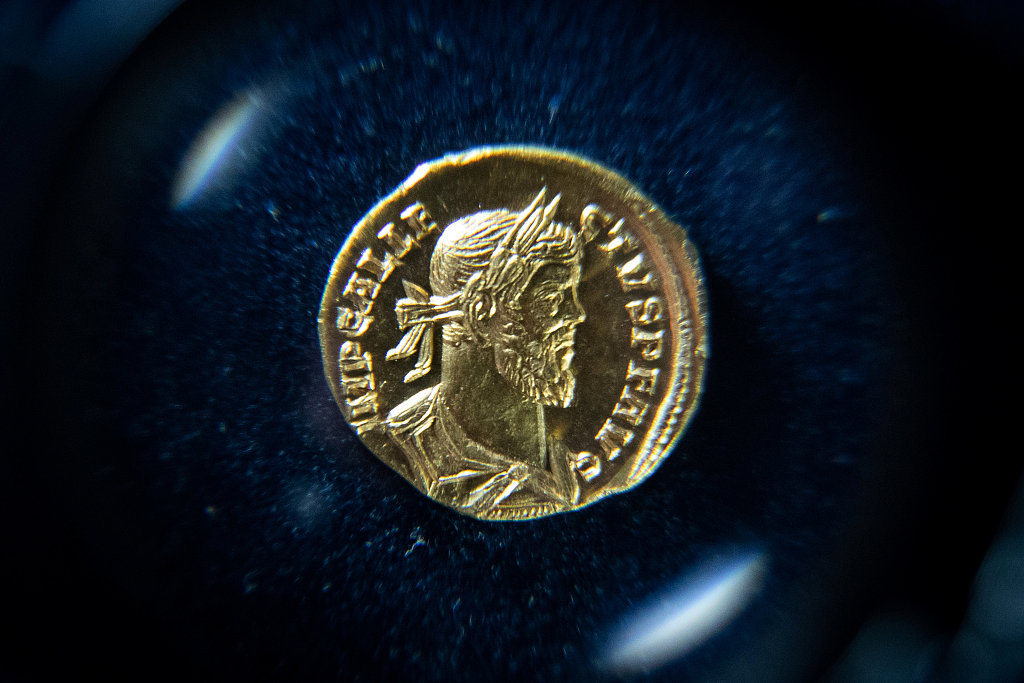 "There are only 24 Aurei of Allectus known. This coin is a die match to one in the British Museum," said Christopher Webb, head of the coin department of Dix Noonan Webb. 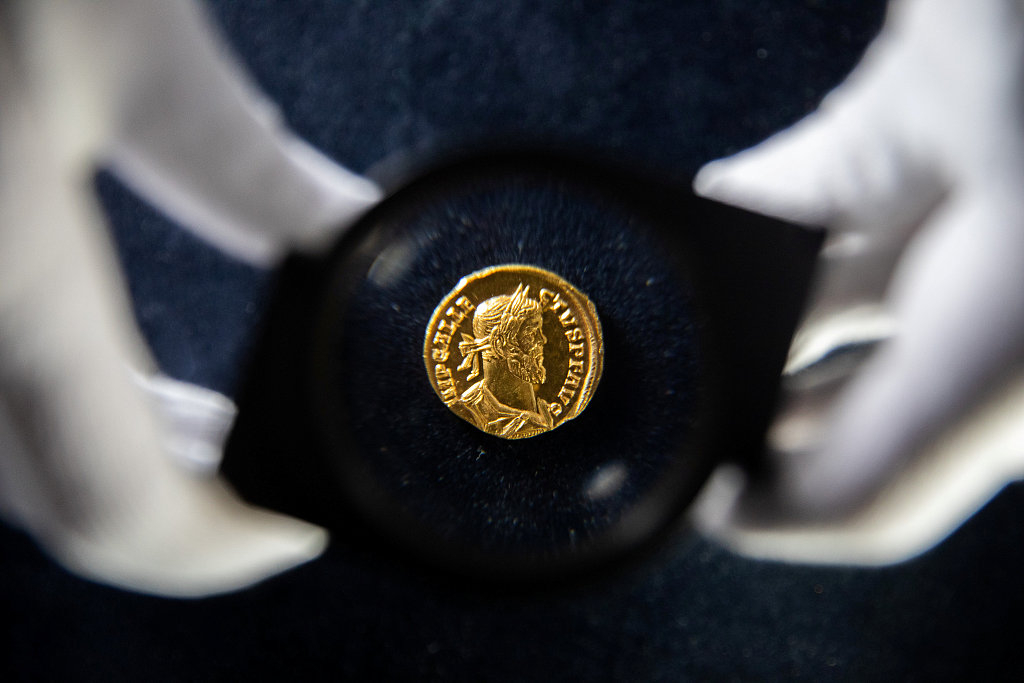 The coin was discovered by a hobbyist in a field near an ancient Roman road in Kent in March.