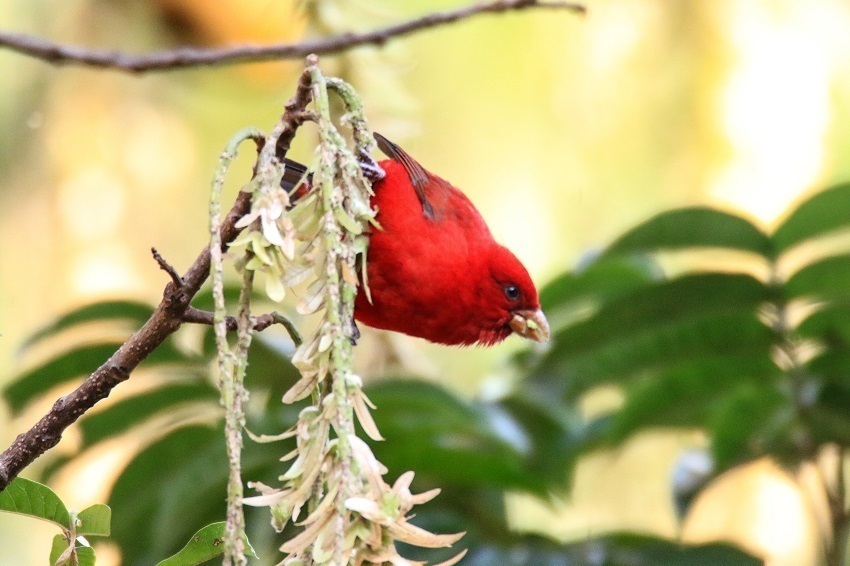 A charm of more than 30 rare scarlet finches appeared this week on a yellow wolfberry tree in the village of Baihualing, southwestern China’s Yunnan Province. The rare birds, better known as “blood finches” to Chinese, descended on Gaoligong Mountain by the city of Baoshan to cause quite a stir in bird-watching circles. 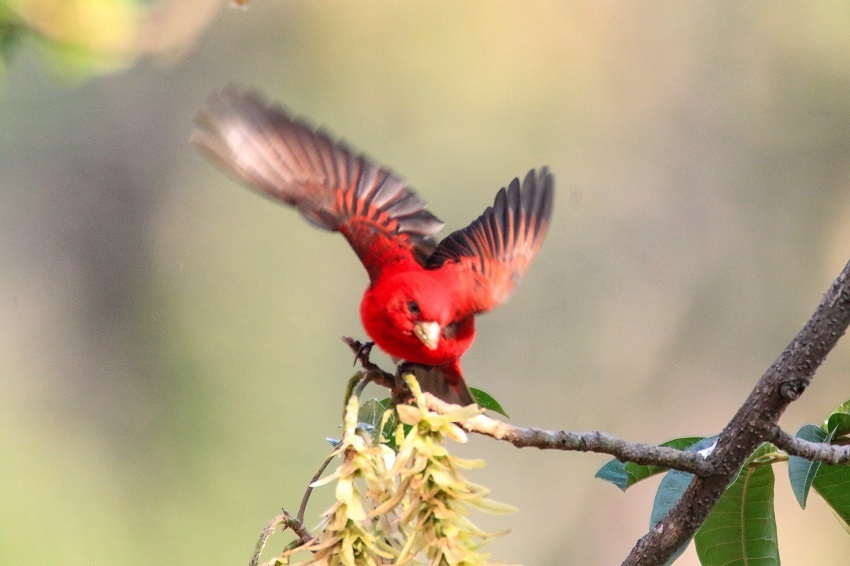 Scarlet finches typically eschew the ornithological paparazzi by hiding deep within the canopy of the trees where they come to forage in spring. Only when the branches tremble can finches more usually be snapped. But some bolder scarlet finches are sometimes sighted drinking water, grooming or eating. 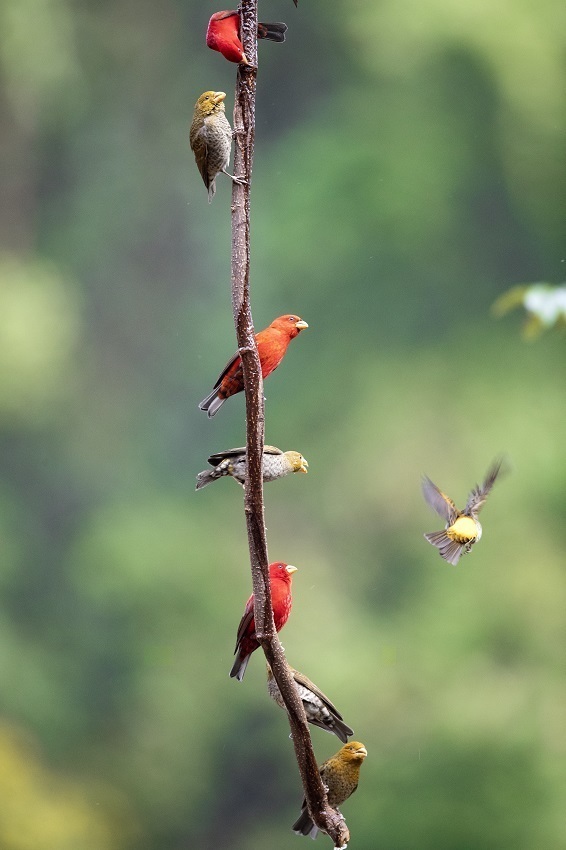 The males, instantly recognizable by their rouge plumage, live off a diet of tree seeds, grass and insects. Birdwatchers say the best time to see the scarlet finches at the village is January to March when they migrate down from the mountain forests to forage. 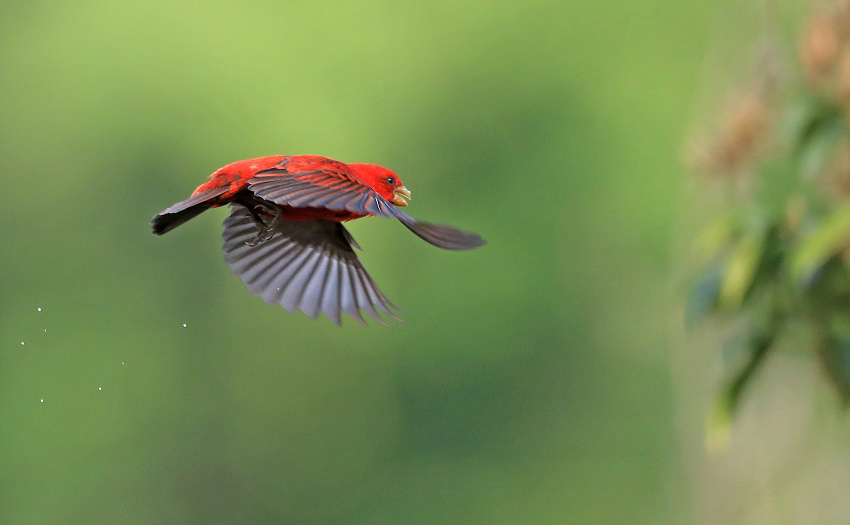