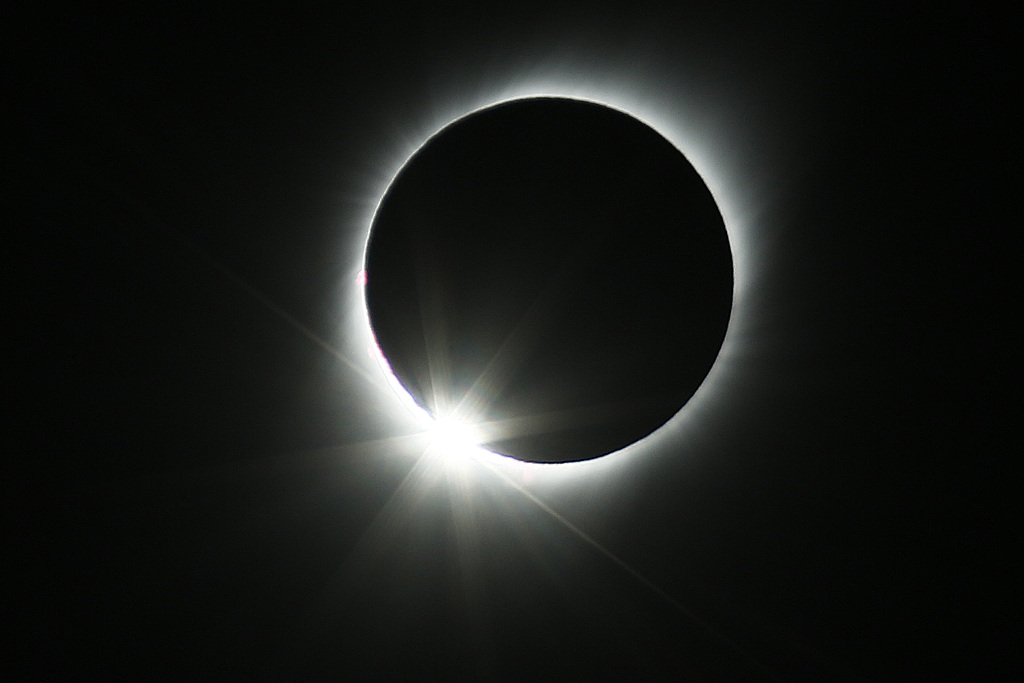 Tens of thousands of tourists braced Tuesday (local time) for a rare total solar eclipse that was expected to turn day into night along a large swath of Latin America's southern cone, including much of Chile and Argentina. This photo shows the solar eclipse as seen from the La Silla European Southern Observatory (ESO) in La Higuera, Coquimbo Region, Chile, on July 2, 2019. (Photos: VCG) 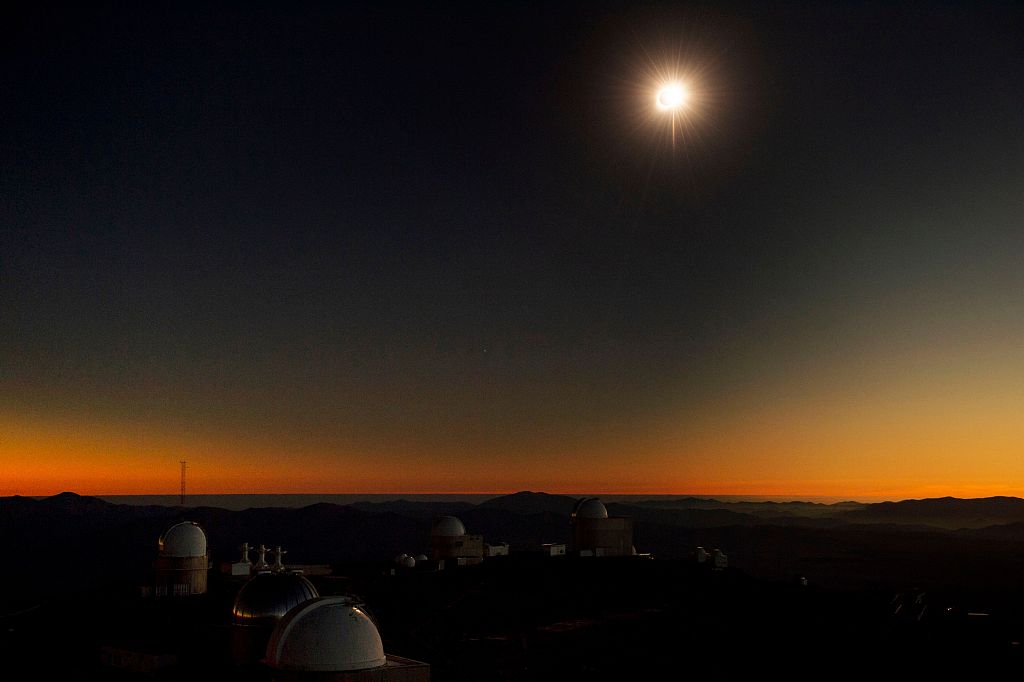 Total solar eclipses occur when the New Moon comes between the Sun and Earth and casts the darkest part of its shadow, the umbra, on Earth. 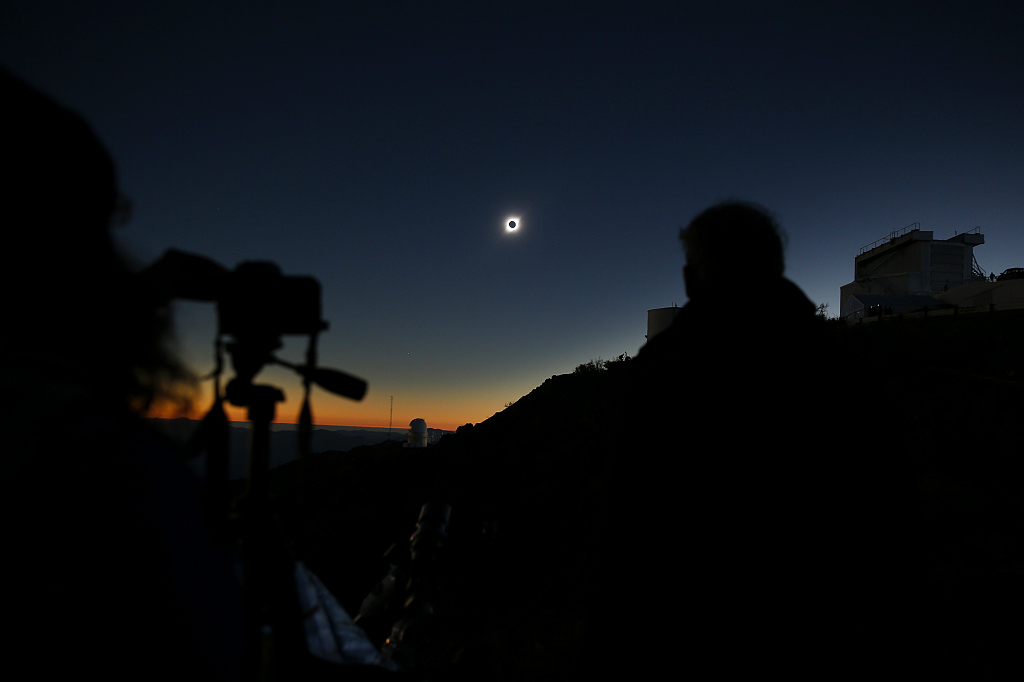 A full solar eclipse, known as totality, is almost as dark as night.

This combination of pictures created on July 2, 2019 shows different stages of the solar eclipse as seen from the La Silla European Southern Observatory (ESO) in La Higuera, Coquimbo Region, Chile. 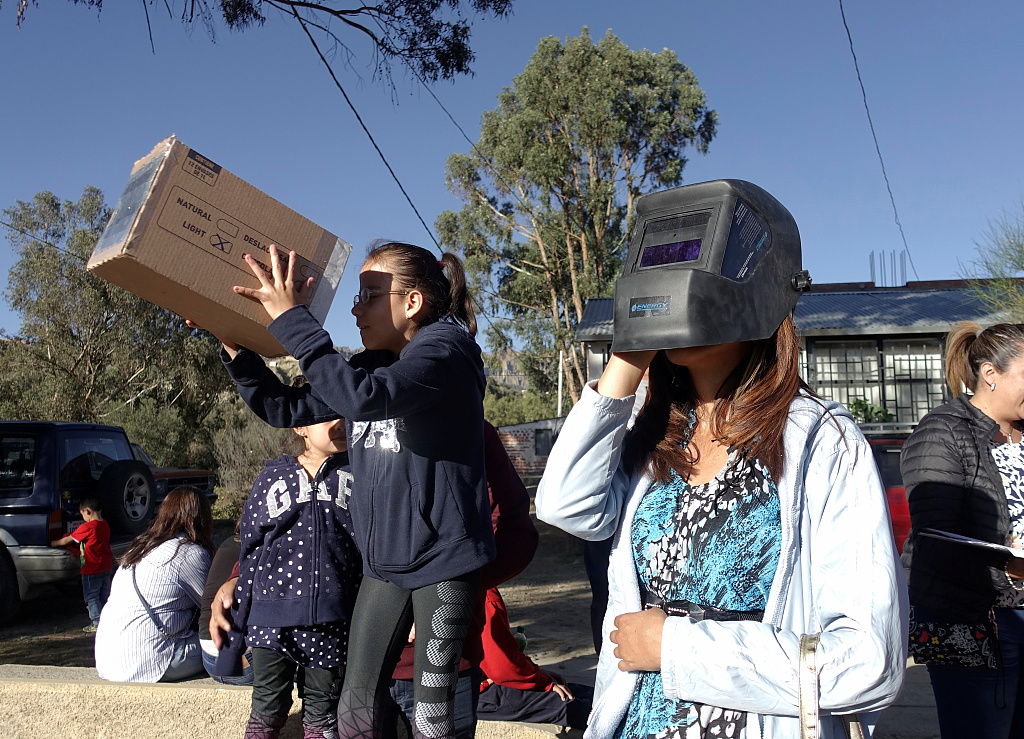 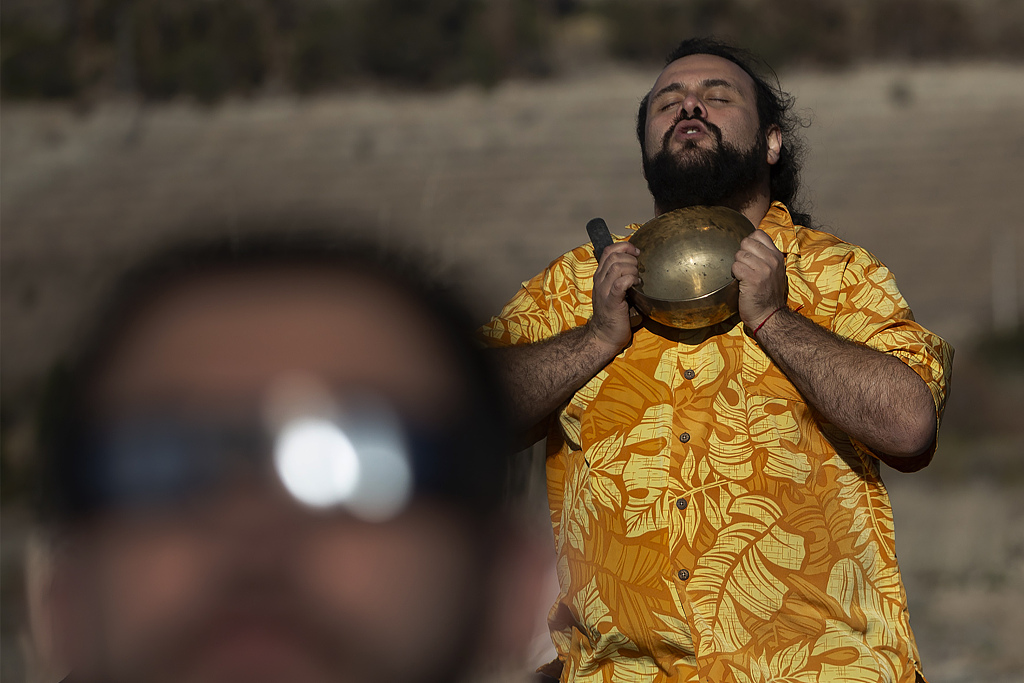 A man prays during the solar eclipse, from Puclaro, Coquimbo Region, Chile, on July 2, 2019. (Compiled by He Jieqiong)