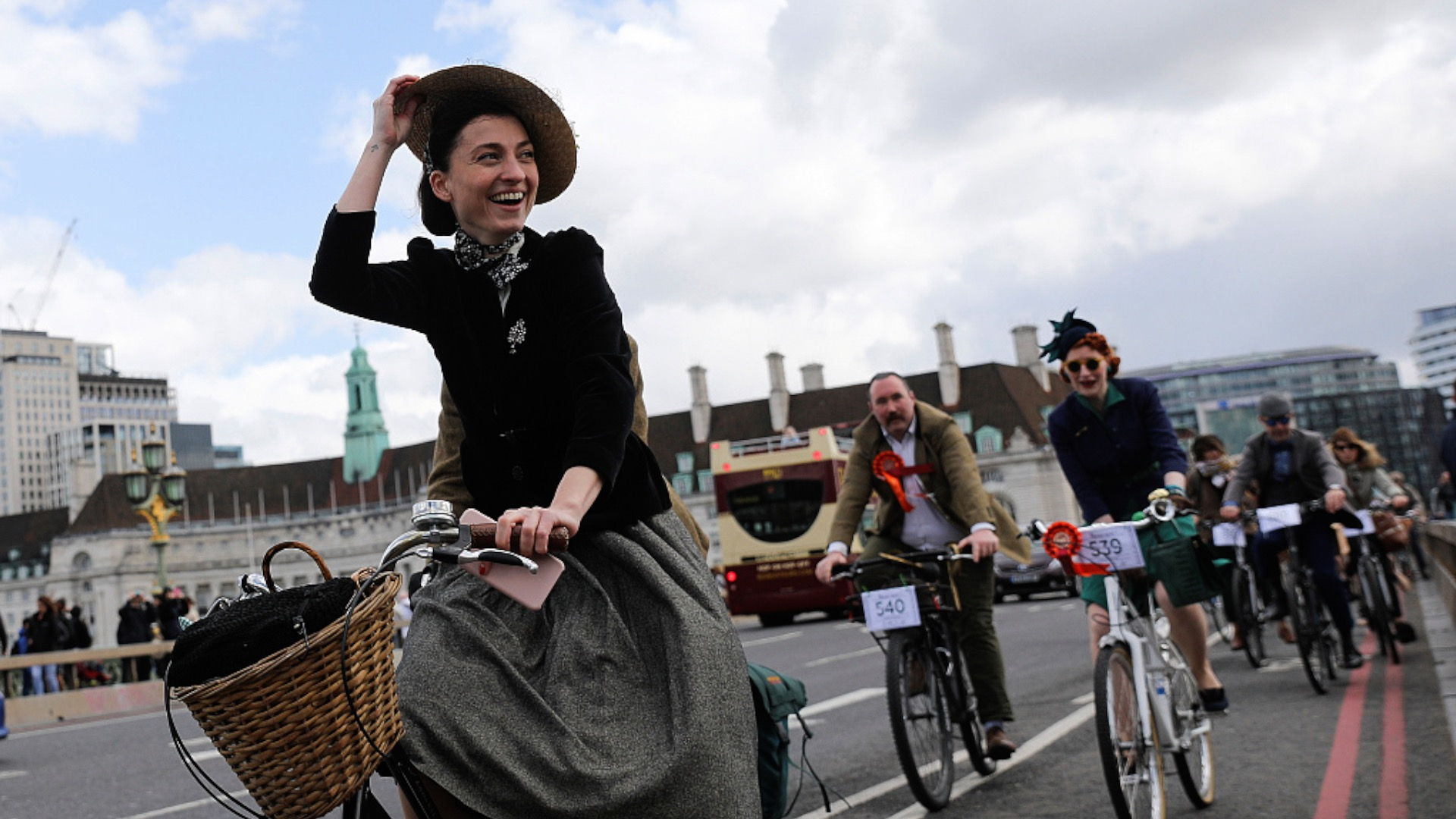 Hundreds of cyclists donned their vintage wear to ride through London's historic streets and iconic landmarks for the Tweed Run on Saturday. /VCG Photo 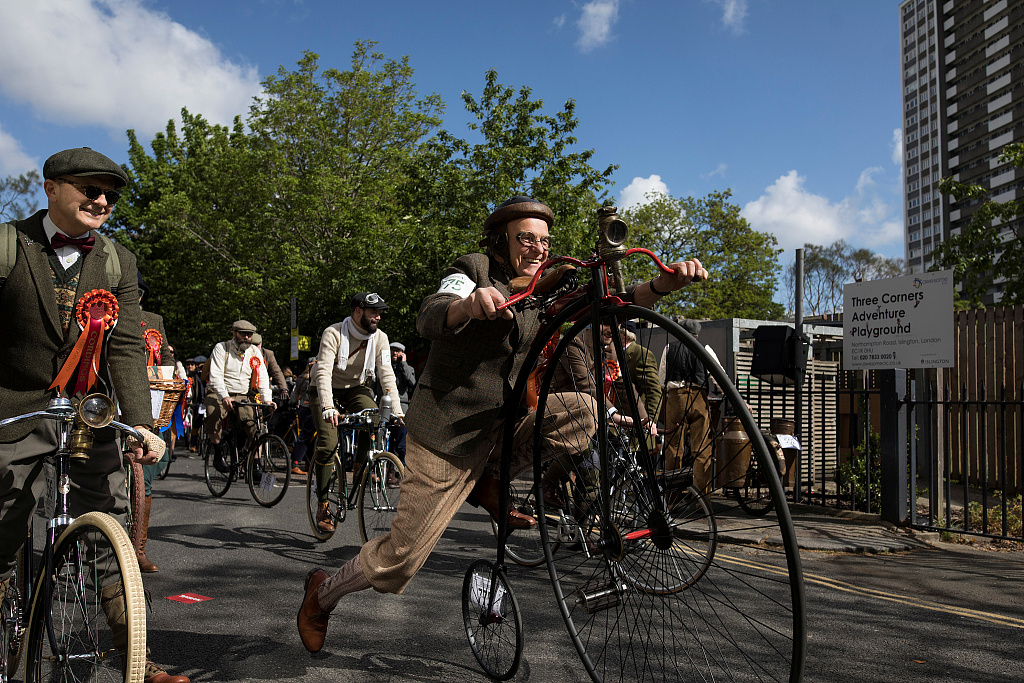 The annual metropolitan bicycle ride event has an old school style, with many riding their antique bikes such as the penny farthing, and some with wicker baskets. /VCG Photo 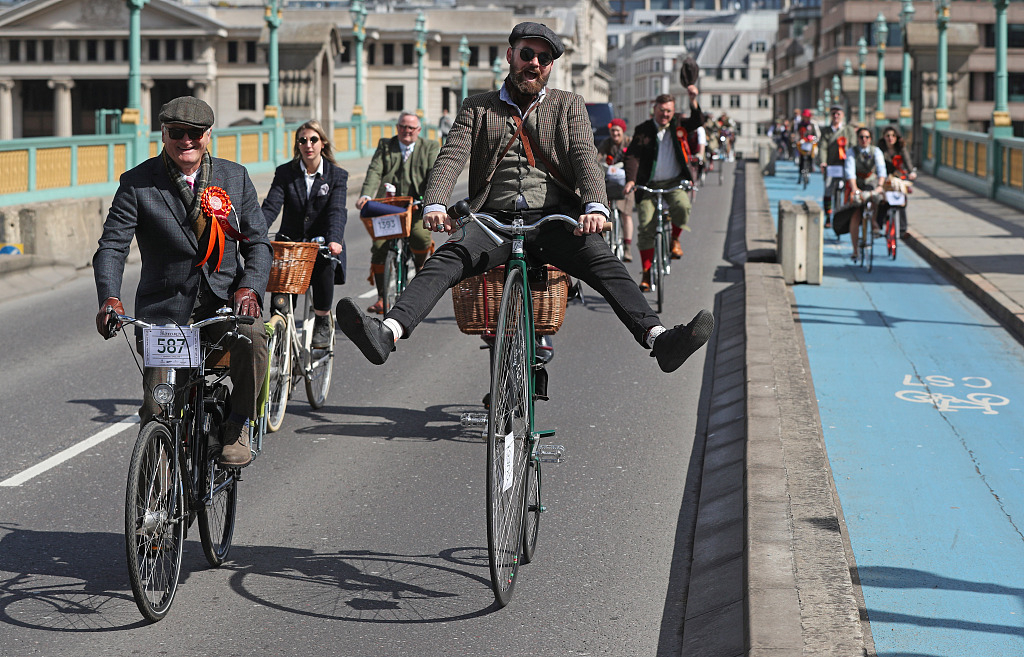 Different from cycling race, the Tweed Run is around 19-kilometers long, providing participants a tea break and picnic stop mid-way, and ended up with a traditional British "knees-up," a major party with lots of drink and dancing. /VCG Photo 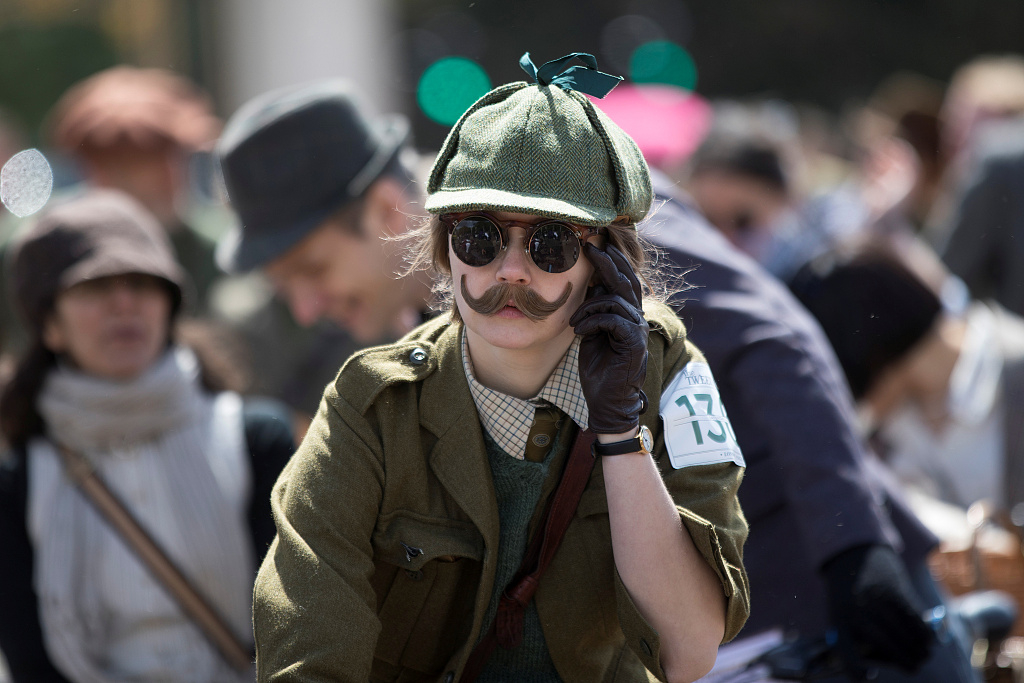