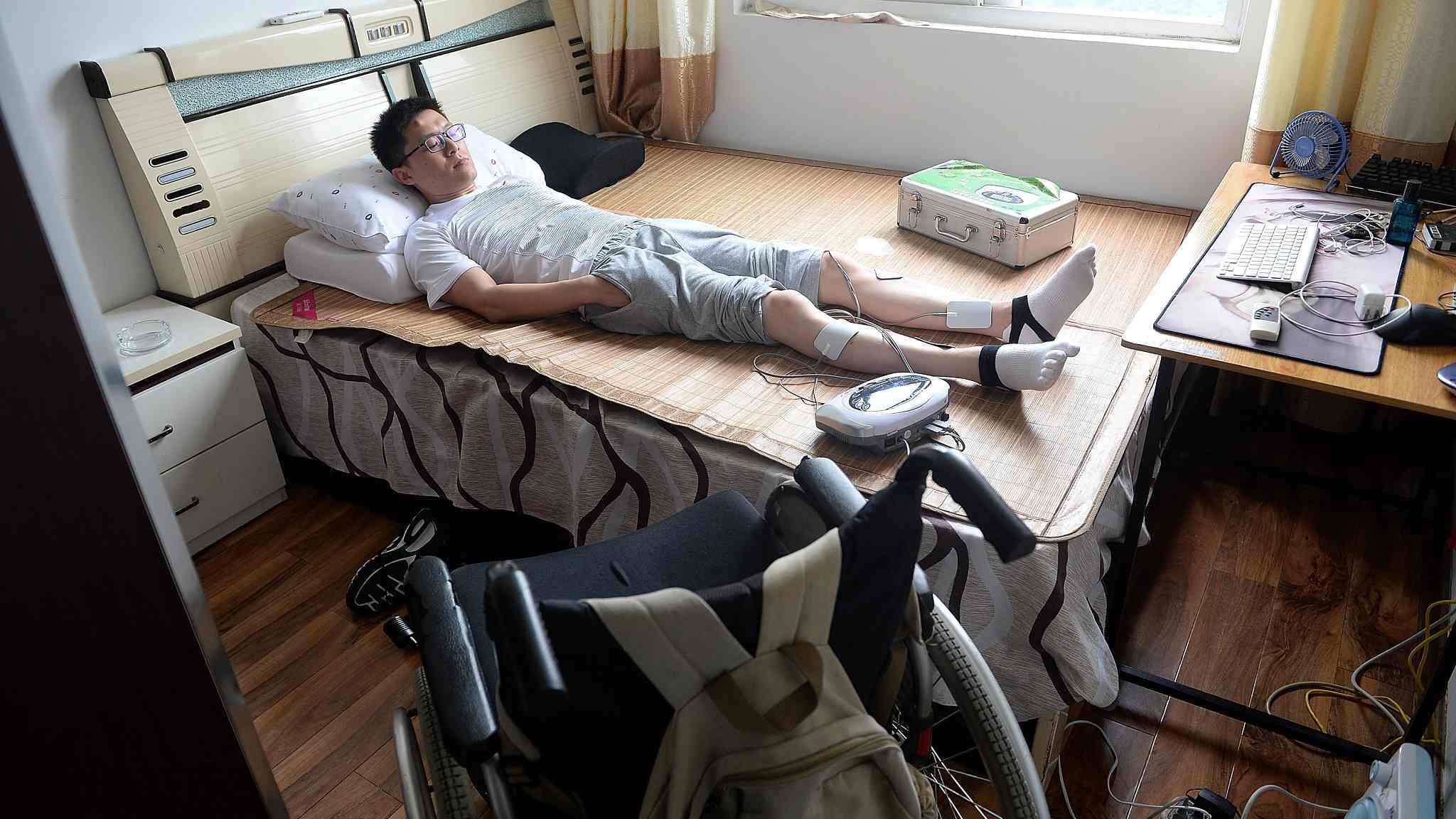 An accident in 2013 changed Lin’s life. He fell from the fourth floor during work and damaged his spine. Soon afterwards, he needed to have his leg amputated too. /VCG Photo 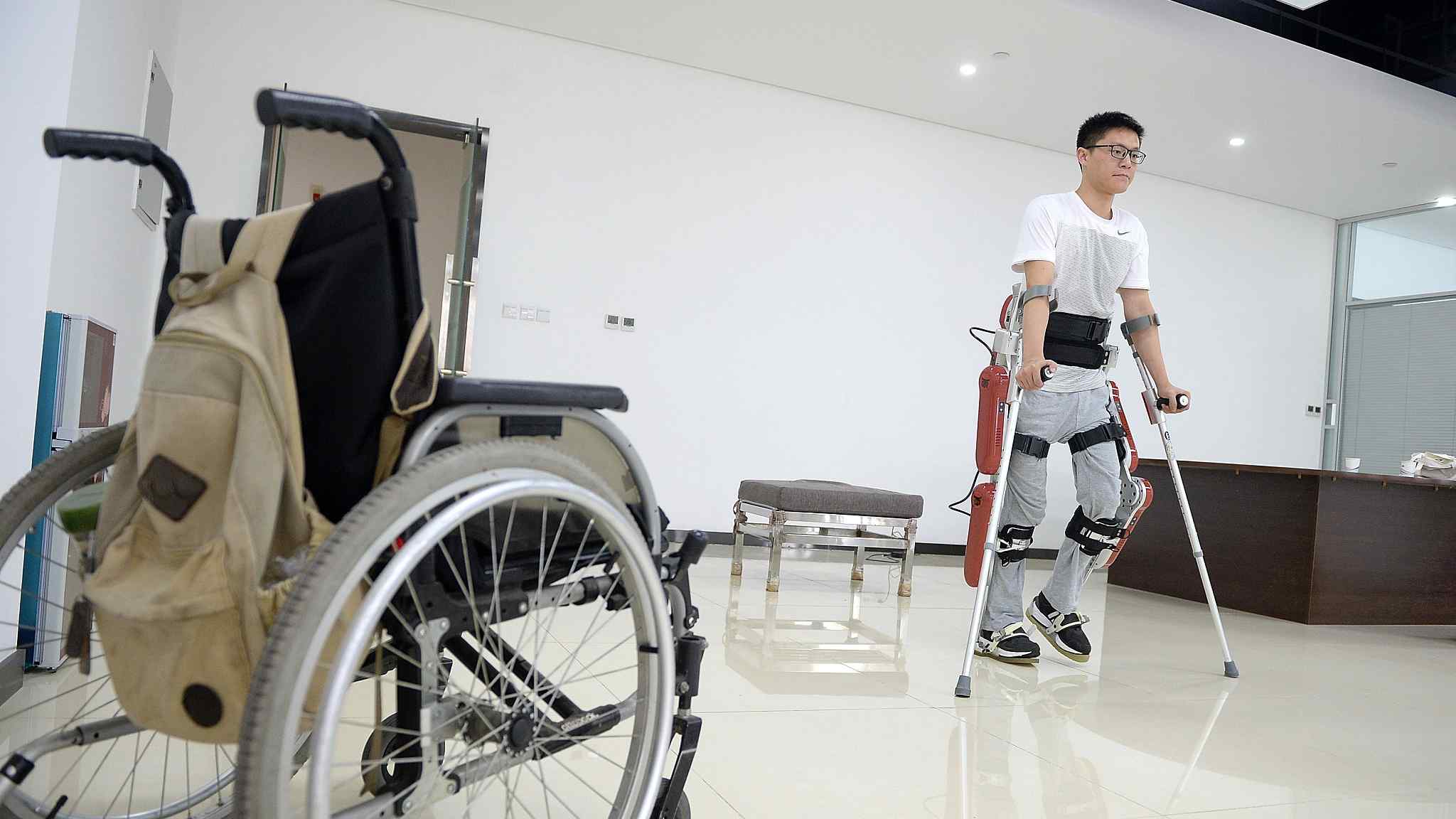 Lin was hopeless until he discovered a robotic exoskeleton that was being developed by the University of Electronic Science and Technology in China’s Sichuan Province in 2015. At that time, the robot was still being tested. With the encouragement of his parents and doctors, Lin decided to try wearing the robot. /VCG Photo 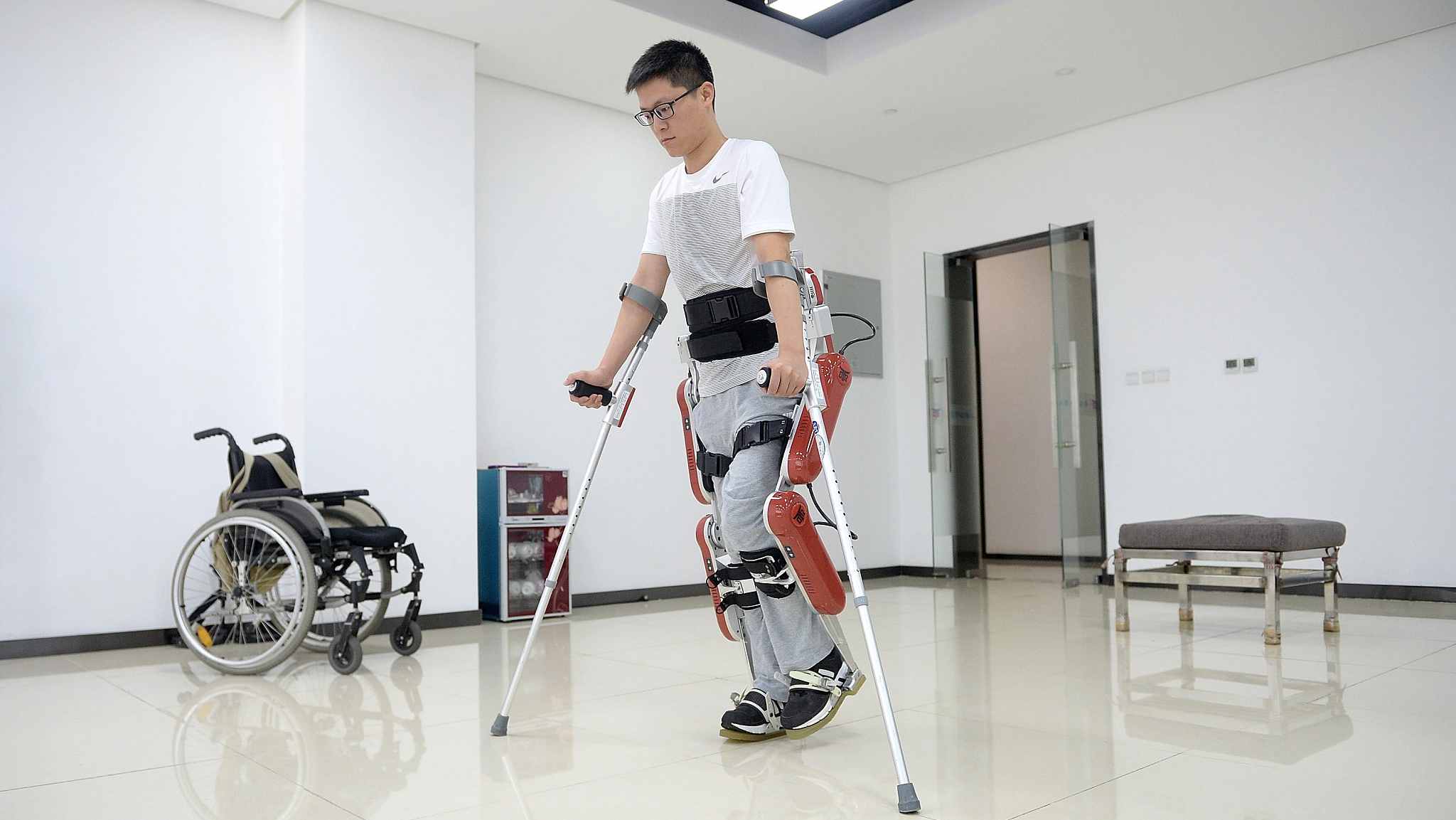 Made with aluminum, the robot is one meter tall and weighs 23kg. To wear the exoskeleton, Lin first puts his body on the seat and then slowly puts his arms and leg into the robot. By pressing the different buttons, Lin is able to move the robot and walk around. /VCG Photo 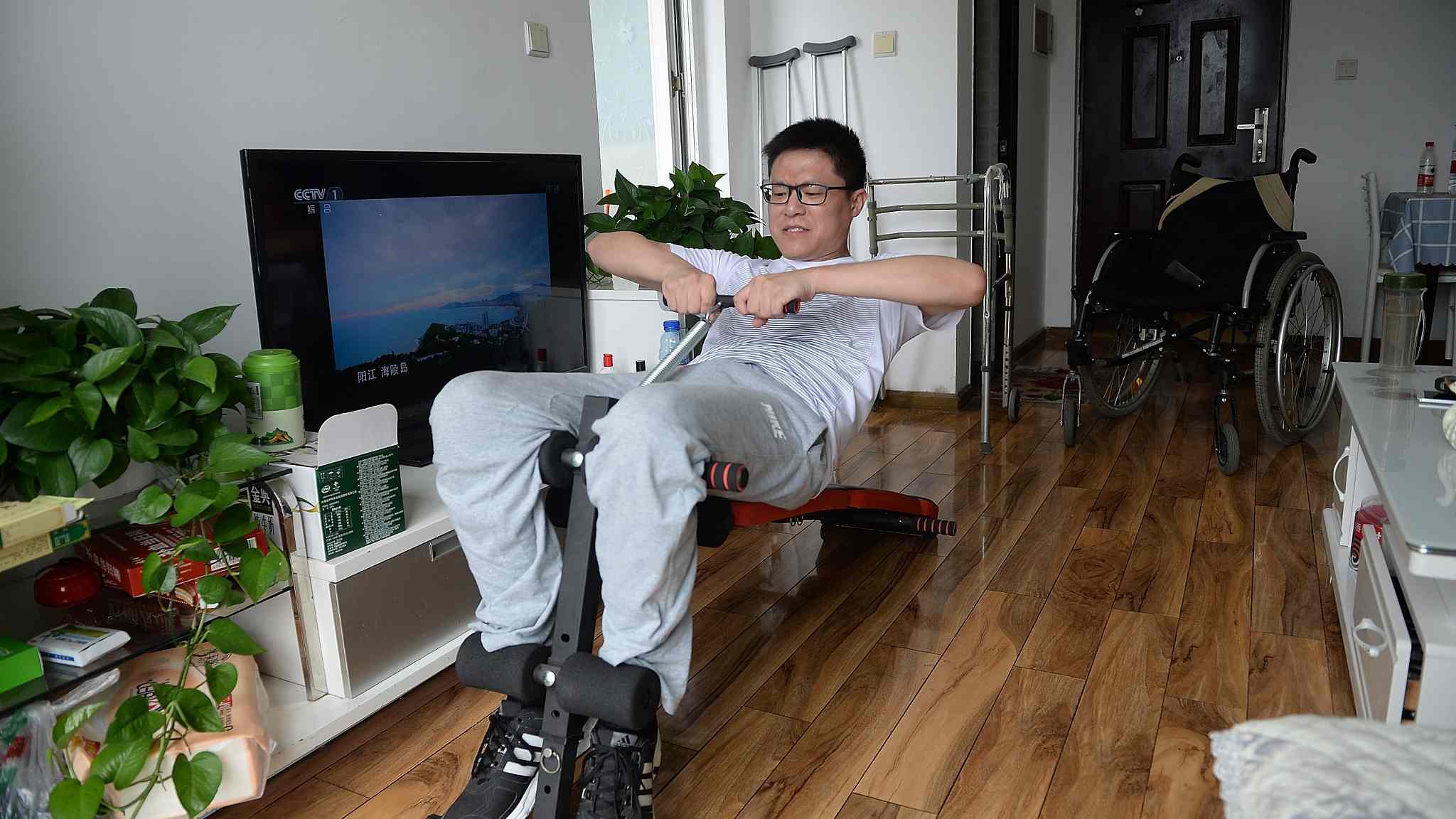 Now, Lin is a real “iron man.” With the help of this suit, he is able to stand, walk and climb stairs: “I won’t give up. I still want to create a happy life for my parents,” Lin said with a confidence he didn't used to have. /VCG Photo