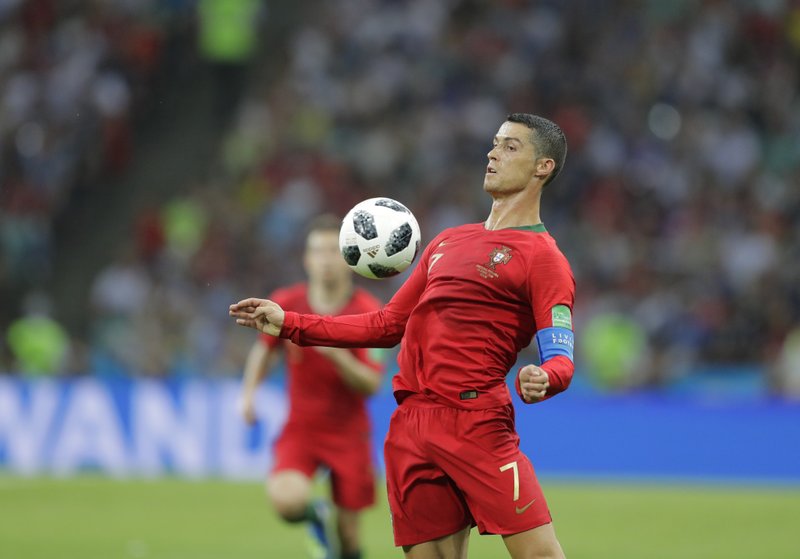 Cristiano Ronaldo used the World Cup to show everyone he’s the GOAT.

Ronaldo rubbed his chin after scoring minutes into Portugal’s opener against Spain, implying he is the Greatest of All Time. Then he scored two more goals, including a perfectly placed 88th-minute free kick that gave his team a 3-3 draw Friday. 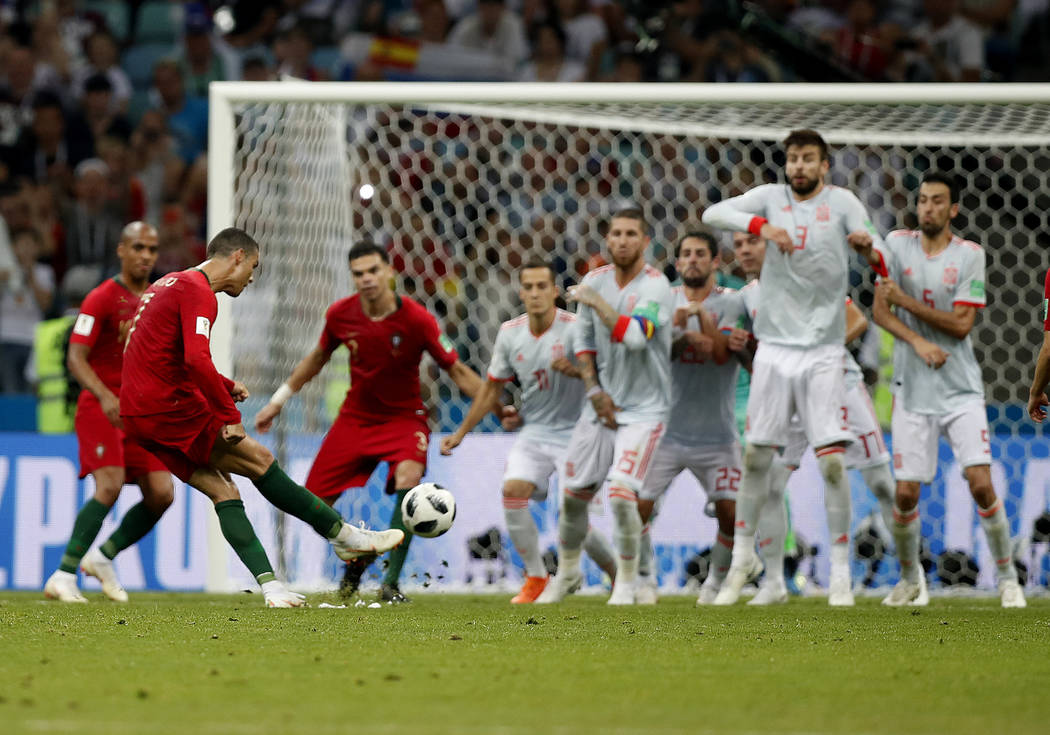 Spain, the 2010 World Cup champion, dominated much of the match but was unable to contain Ronaldo.

“When I play against a player like Ronaldo, these things can happen,” newly appointed Spain coach Fernando Hierro said. “It’s very fortunate for whatever team has Cristiano Ronaldo.”

Ronaldo had twice given European champion Portugal the lead with first-half goals at Fisht Stadium, but Diego Costa equalized with a goal in each half. Nacho Fernandez then put the Spanish ahead with a one-timer from outside the area in the Group B match.

He used his first goal to send a message to the world in an apparent reaction to Adidas’ “GOAT” promotion with Lionel Messi, featuring the Argentine with a real goat. Ronaldo and Messi have split the last 10 player of the year awards.

“I’ve said it so many times, Cristiano is the best in the world,” Portugal coach Fernando Santos said. 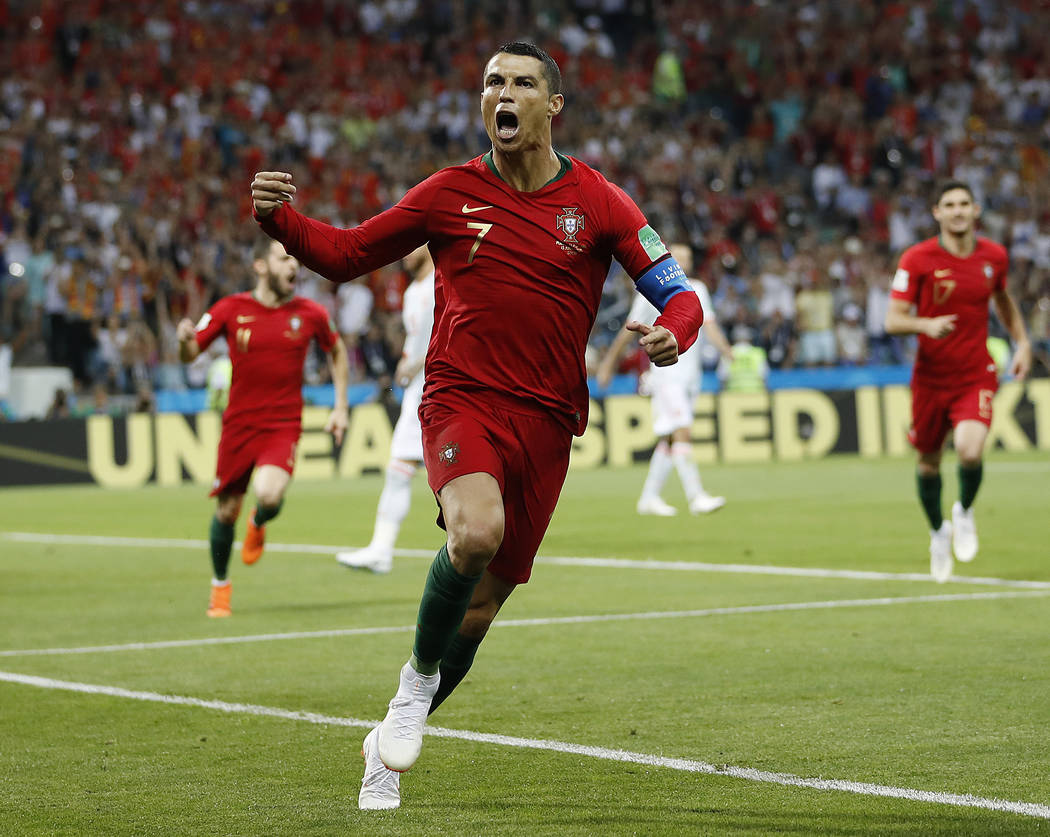 “To me, the most important (thing) is to highlight what the team has done,” Ronaldo said.

Spain looked to have successfully overcome its dramatic coaching change one the eve of the tournament but Ronaldo curled a late shot from about 25 meters (yards) over the wall. The ball went into the top corner as Spain goalkeeper David de Gea watched.

The Spanish federation fired coach Julen Lopetegui for accepting a job with Real Madrid without letting it know in advance. Hierro, a former player acting as Spain’s sporting director, replaced Lopetegui and was on the bench despite no significant previous coaching experience.

“It wasn’t an easy situation. When you have this staff and these young players, they make it much easier,” Hierro said.

It was an exciting start to one of the group-stage’s most anticipated matches and it didn’t take long before Ronaldo struck first.

Ronaldo made a nice stepover move to get past Fernandez, his Real Madrid teammate, and was fouled at the edge of the area. He then calmly sent his shot to the right corner as De Gea went the other way. 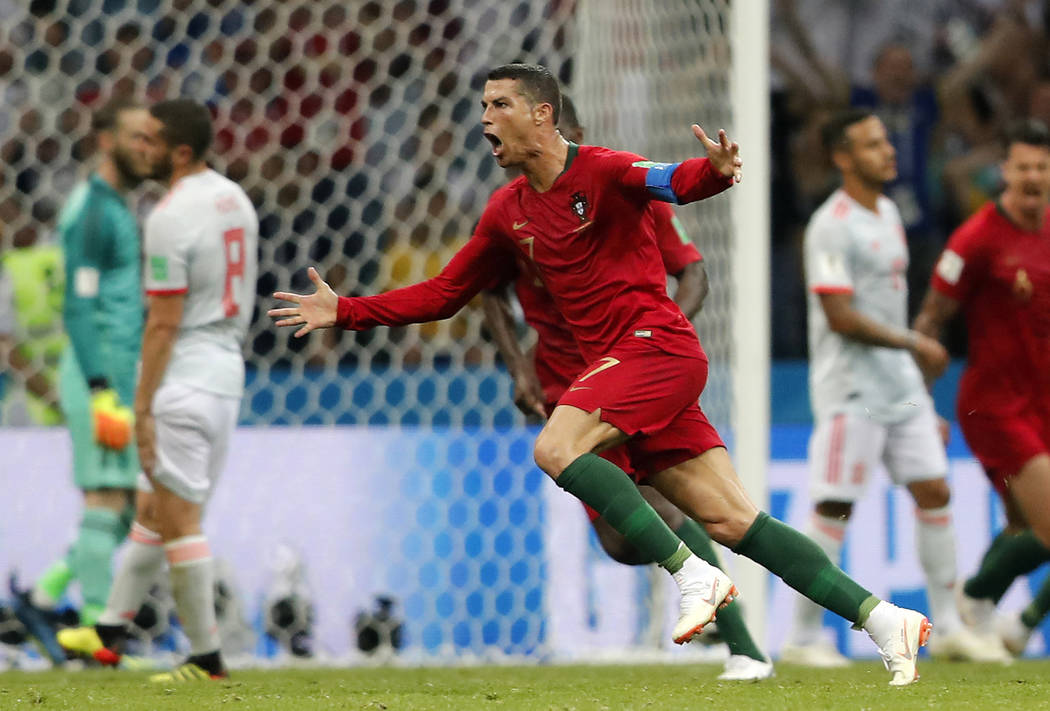 As Ronaldo returned to midfield for the restart, he and Fernandez appeared to exchange words, and the Portuguese star smiled.

Portugal threatened on counterattacks as Spain struggled to get near Rui Patricio’s goal, but a great long pass by Sergio Busquets allowed Costa to even the match. The striker collided with Pepe and used several neat moves to clear other defenders before firing a low shot into the corner from inside the area.

Portugal loudly complained Costa had fouled Pepe, and replays showed there was contact by the Spaniard’s arm with Pepe’s body. Referee Gianluca Rocchi allowed the play to continue.

Portugal wanted the play to be reviewed, and Rocchi at one point put a hand to his ear, apparently indicating the assistant referees didn’t see a clear error. 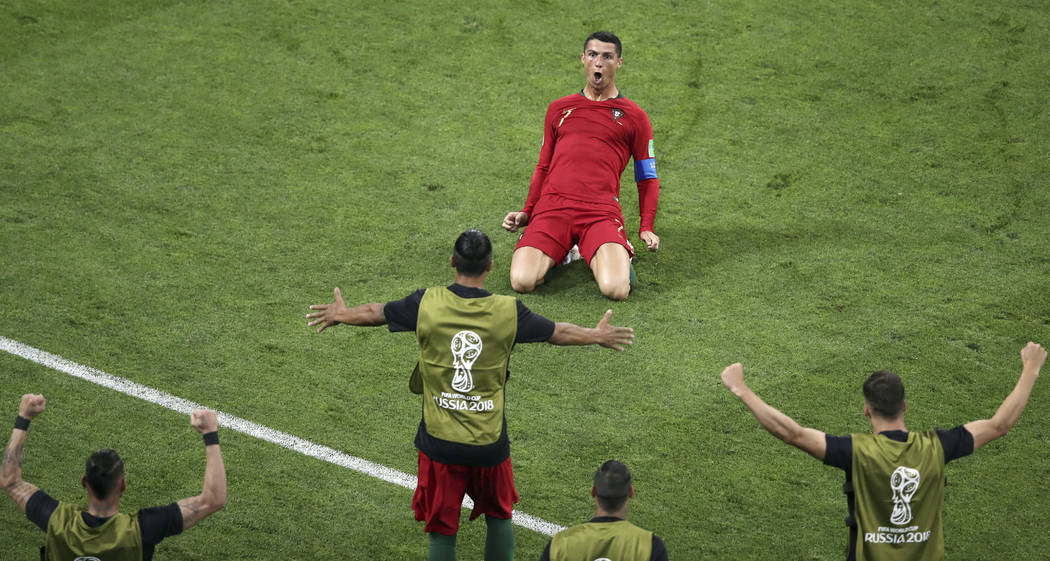 Goal-line technology came into play a few moments later when a Francisco “Isco” Alarcon’s shot struck the crossbar and dropped straight down on the goal line. After Isco complained, Rocchi pointed to his watch, which receives goal confirmations.

Ronaldo’s second goal came after a blunder by De Gea, who let the ball bounce off his hands and into the net after a routine shot from outside the area just before halftime.

Busquets and Costa combined for Spain’s equalizer in the 55th. After a cross by Andres Iniesta, Busquets headed the ball back across the area and Costa touched it into the open net.

Three minutes later, Fernandez redeemed himself for the penalty on Ronaldo with a streaking shot after a ball cleared by the defense got deflected toward him. The ball struck the post before going into the goal. 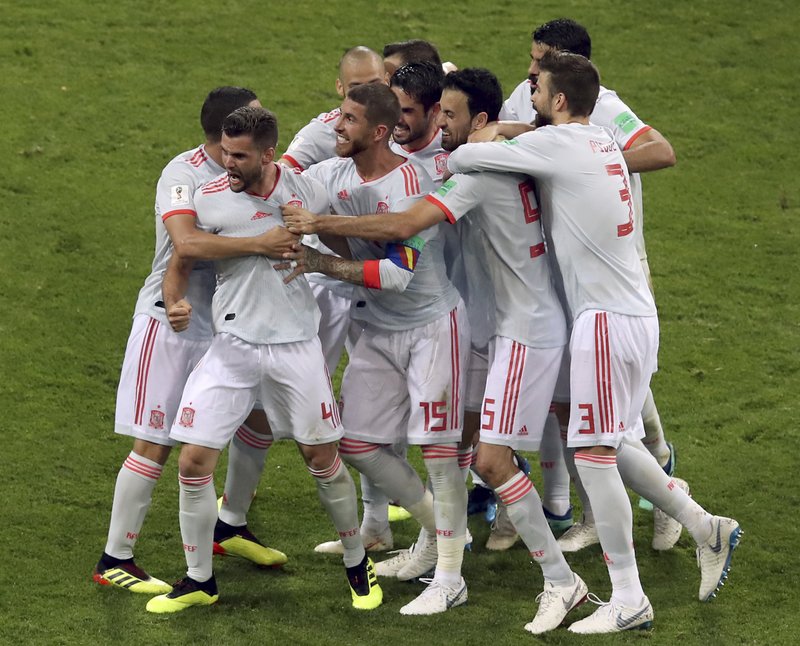 The teams arrived in Russia as favorites to share first and second in the group, but the draw leaves them two points behind Iran, which defeated Morocco 1-0 earlier Friday.

Spain, trying to rebound from disappointing eliminations at the 2014 World Cup and the 2016 European Championship, will next face Iran, while Portugal plays Morocco.

Portugal: The team has been able to succeed recently because of its steady defense, but this time it was not able to hold on to its early leads despite twice getting ahead with goals by Ronaldo. It was the star striker who saved the team from defeat with his late equalizer.

Spain: The Spanish looked lost after conceding the early goal to Ronaldo, but Costa’s strike helped Hierro’s team settle down and even the match.

Spain struggled to contain Portugal’s counterattacks, but it showed it remained a solid team despite Lopetegui’s absence.