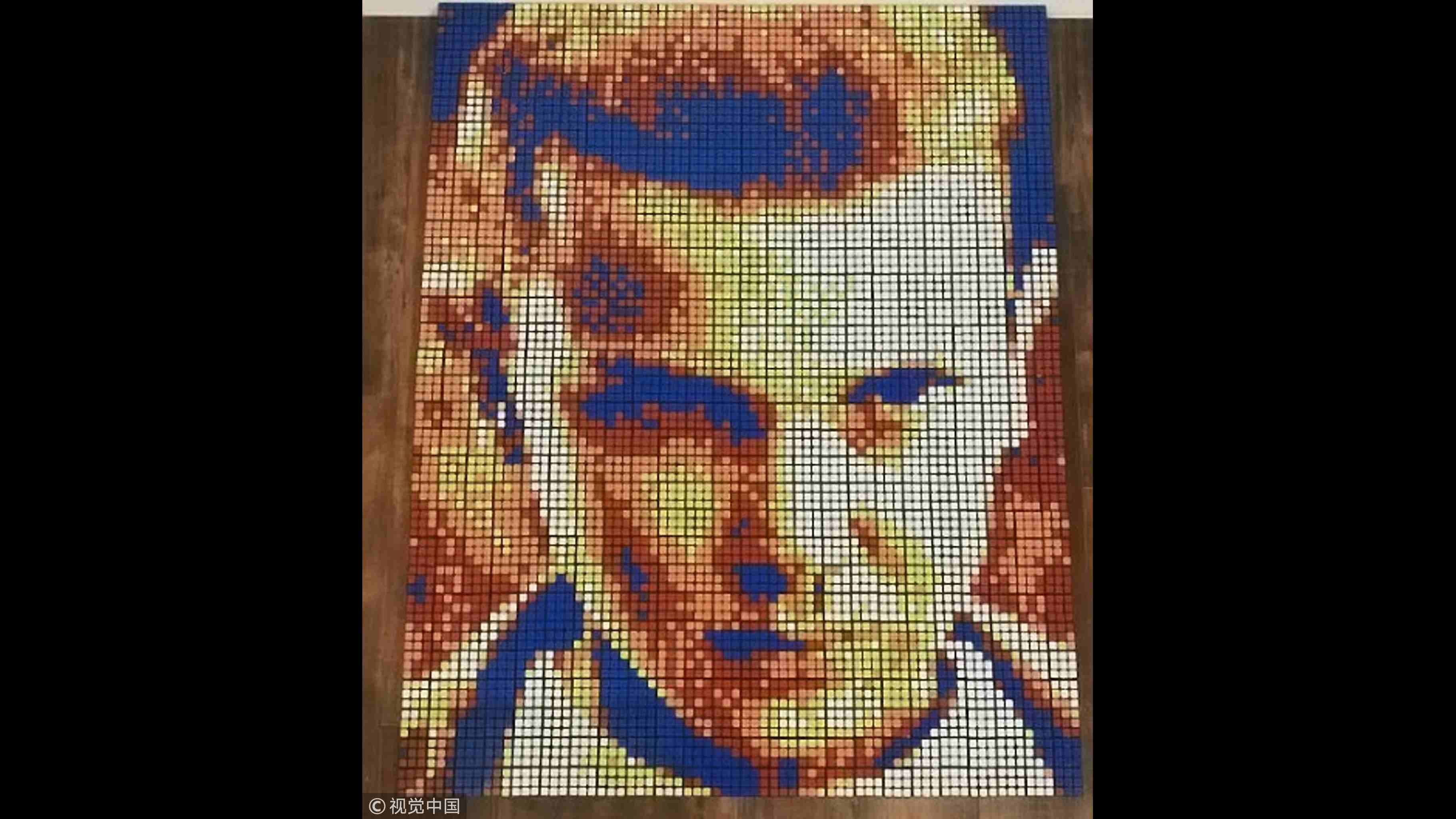 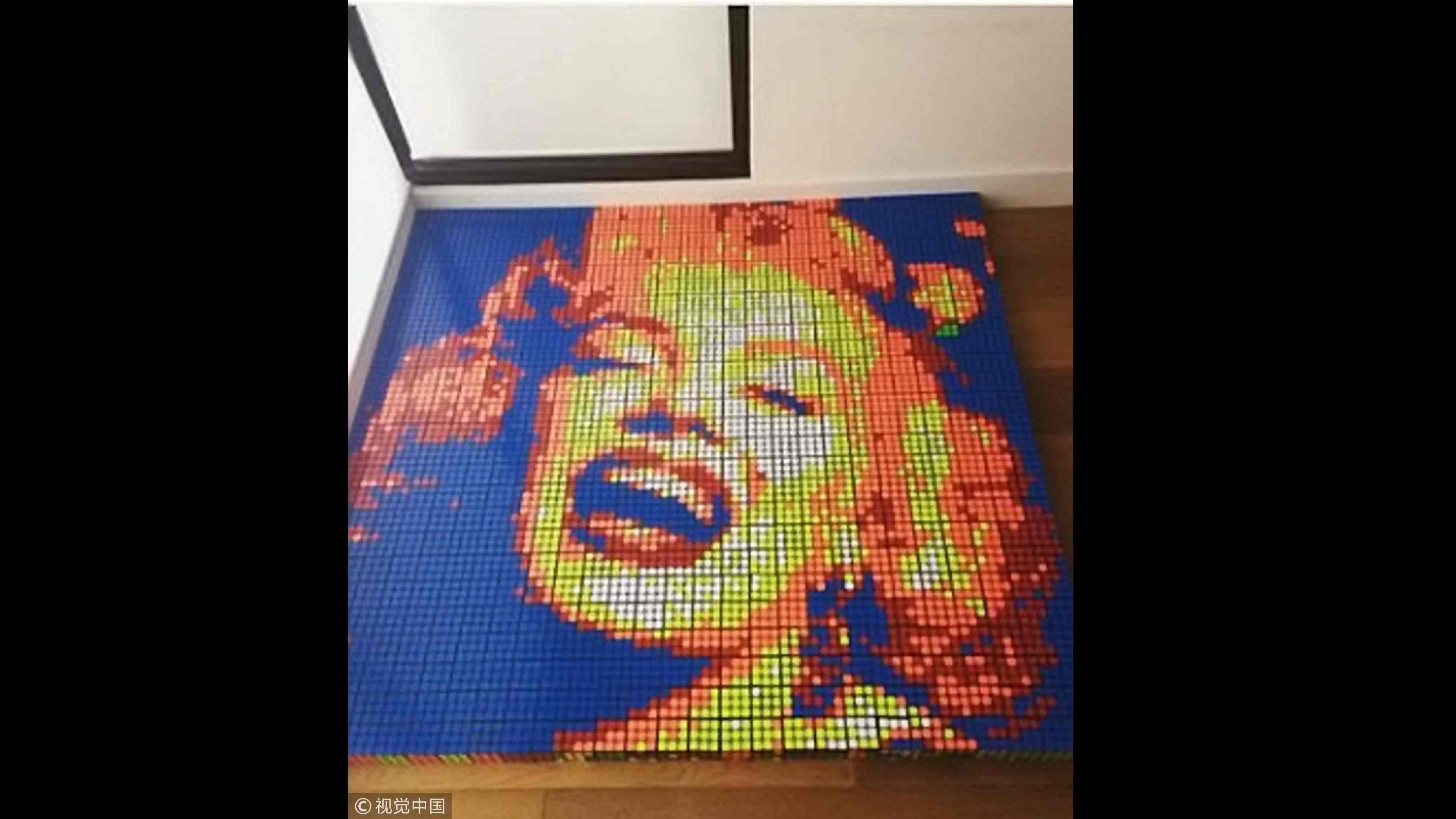 He used the cubes to create portraits for actors and actresses. To complete each portrait, Contardi on average used over 700 Rubik's cubes and over four hours. /VCG Photo 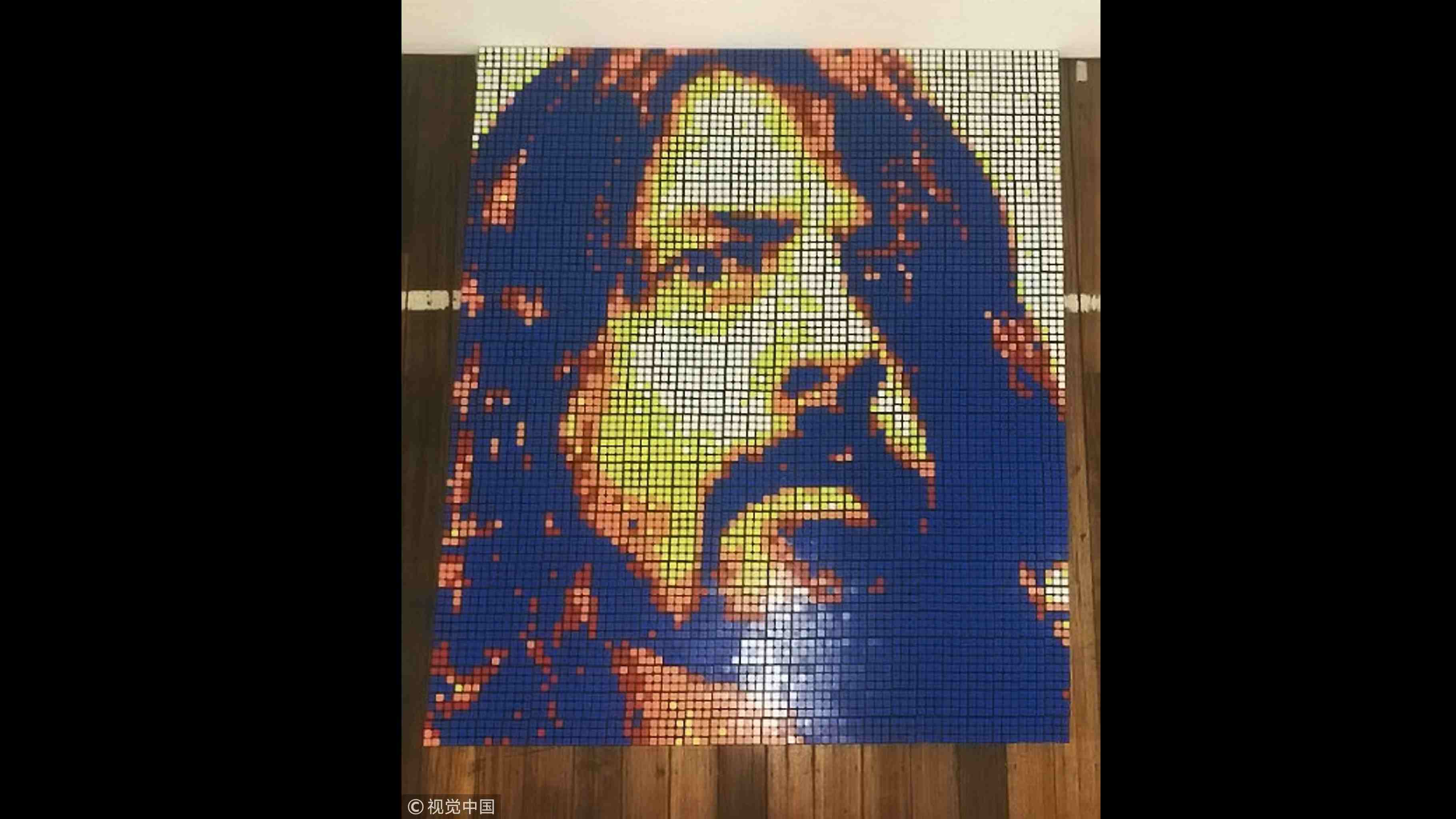 It’s definitely not an easy job to create a cube portrait. Contardi said that he needs to print out the photo of the celebrity he admires first and divides the photo into each single cube. /VCG Photo 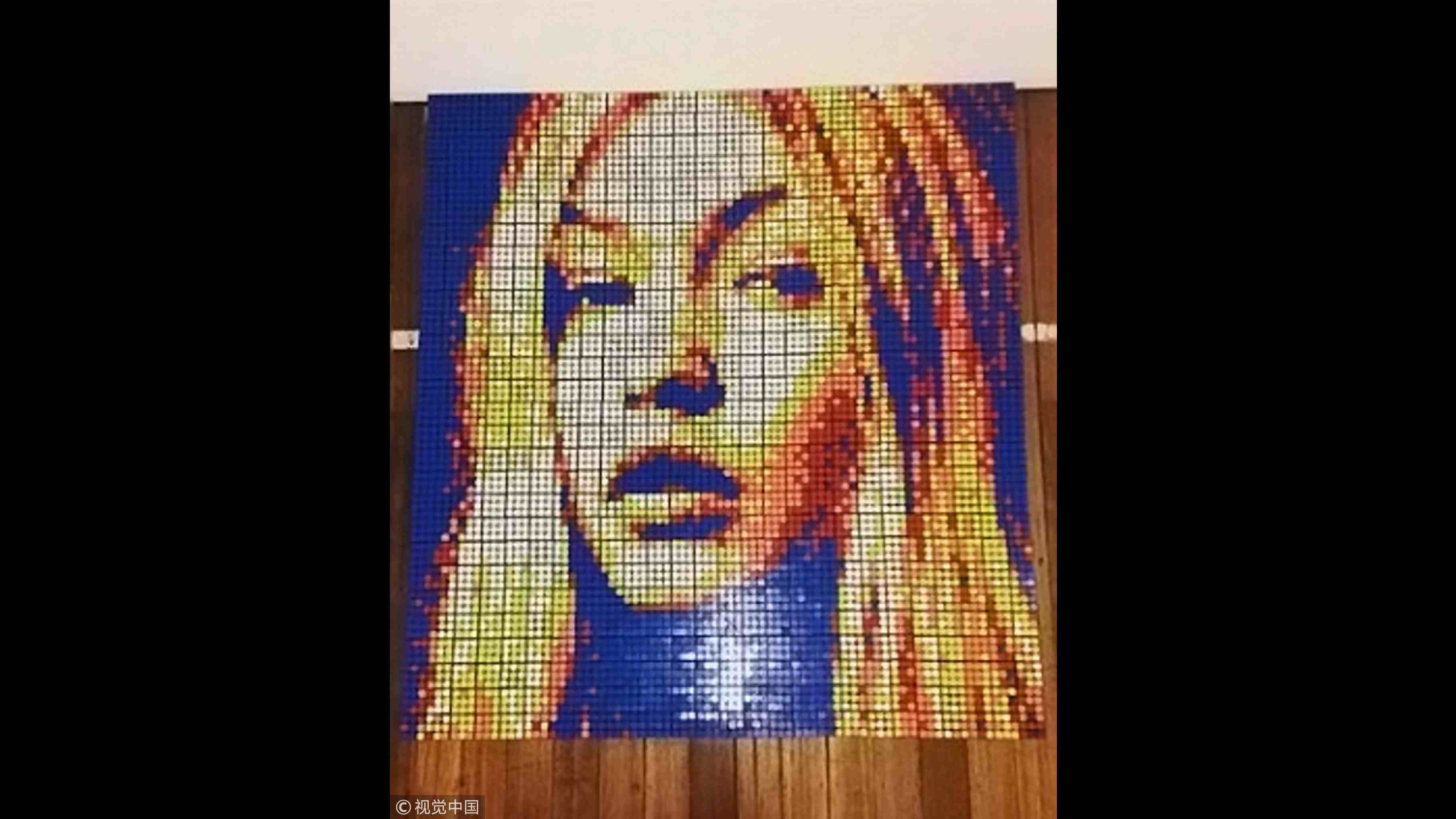 Contardi uploaded photos of his works and videos of how he created portrait to Instagram where around 20,000 fans follow him. /VCG Photo