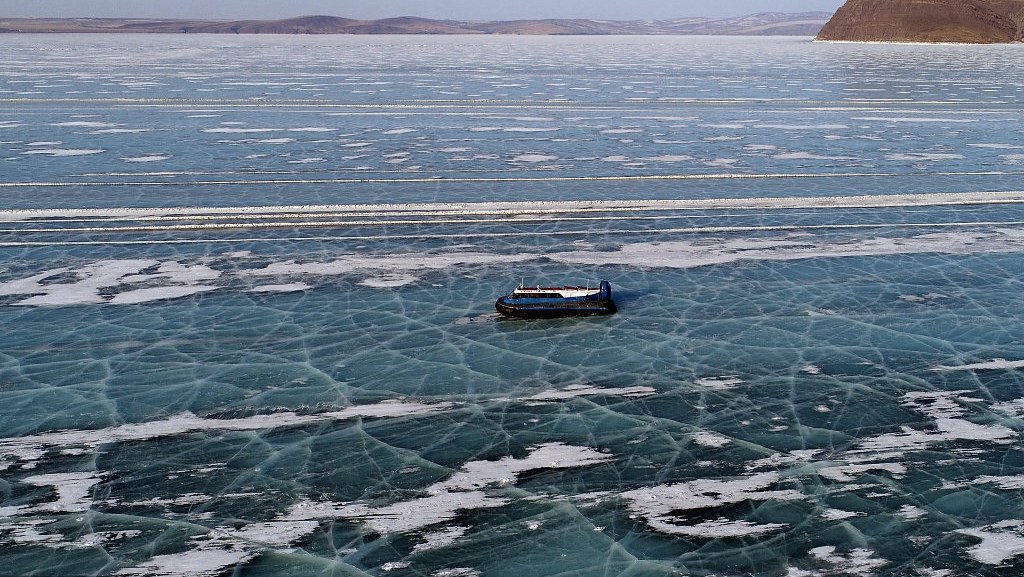 The ice-covered Yenisei River, located south of Krasnoyarsk, Russia, has become a three-mile (5km) shortcut for intrepid drivers, according to a new collection of stunning pictures unveiled recently. /VCG 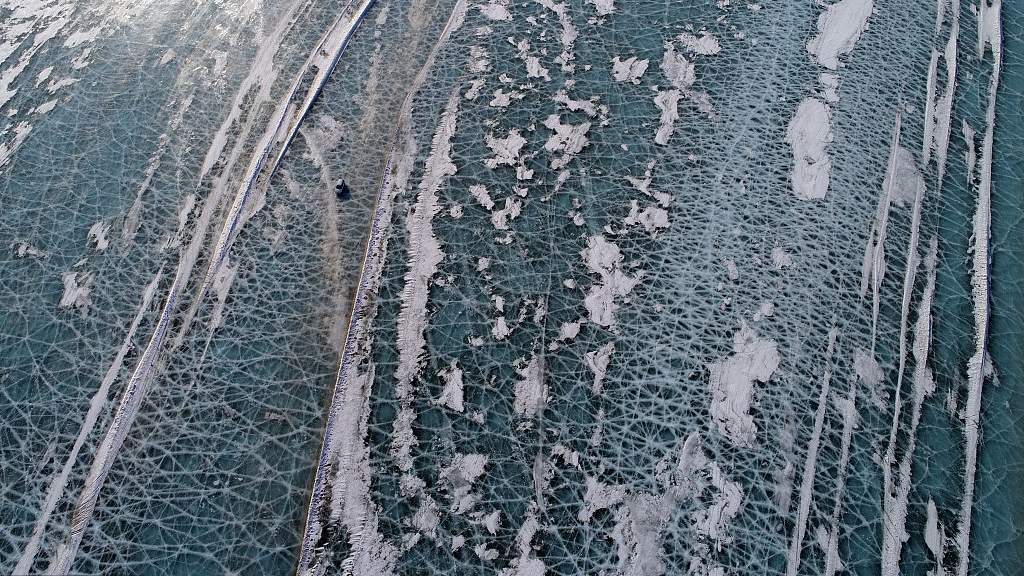 The images captured how traffic crossed a natural ice bridge formed over the frozen Yenisei River due to the extreme weather in Siberia, which can go as low as minus 58 Fahrenheit (minus 50 Celsius) in winter. /VCG 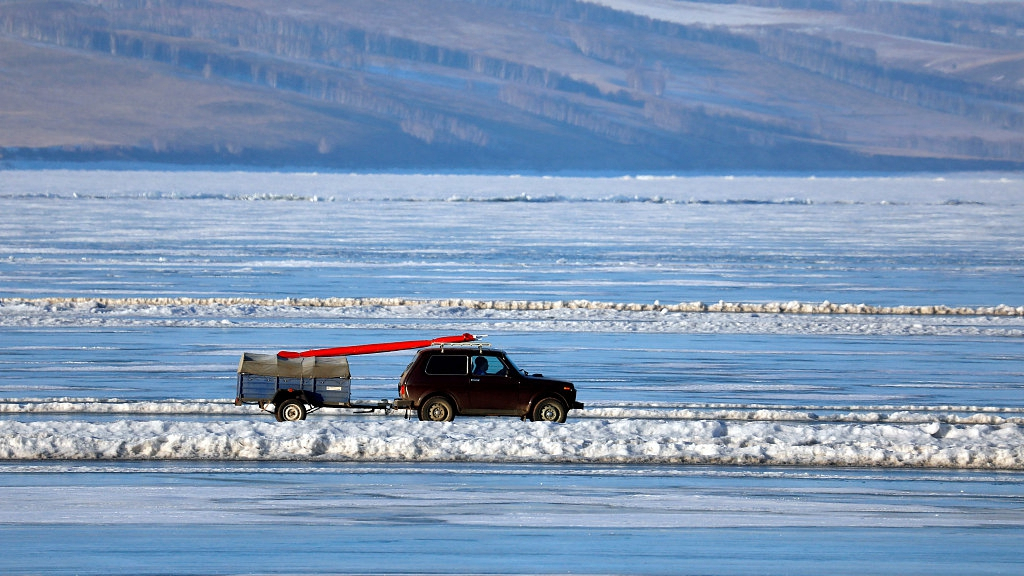 While Siberia's winter landscape may seem magnificent, the road across the cracked ice can be extremely perilous-looking, but this doesn't seem to affect drivers who regularly make their way through it as it serves as the shortest route connecting the river's banks. /VCG 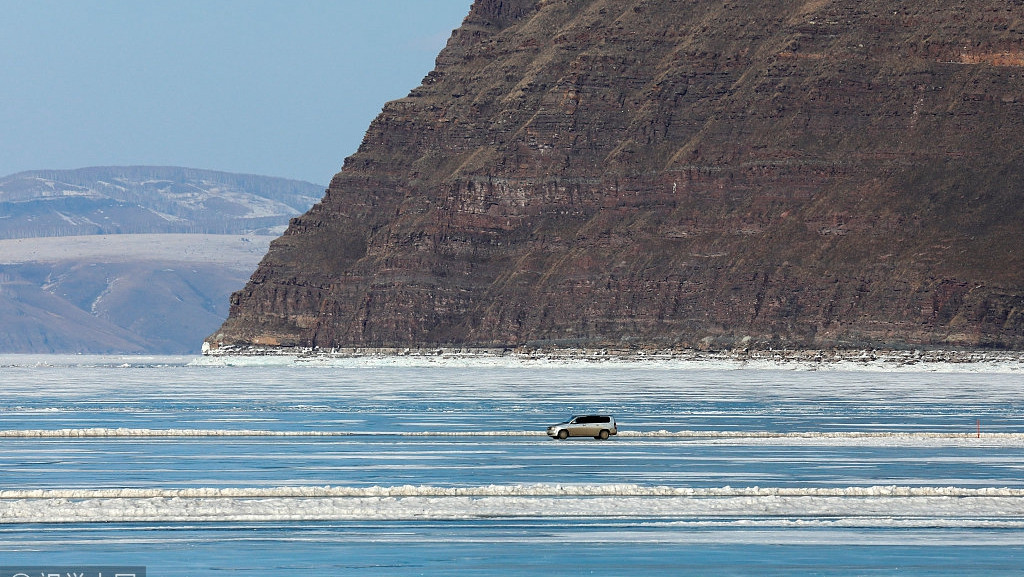 The frozen crossing of the Yenisei River ice bridge is approved and supervised by regional authorities near Krasnoyarsk. /VCG