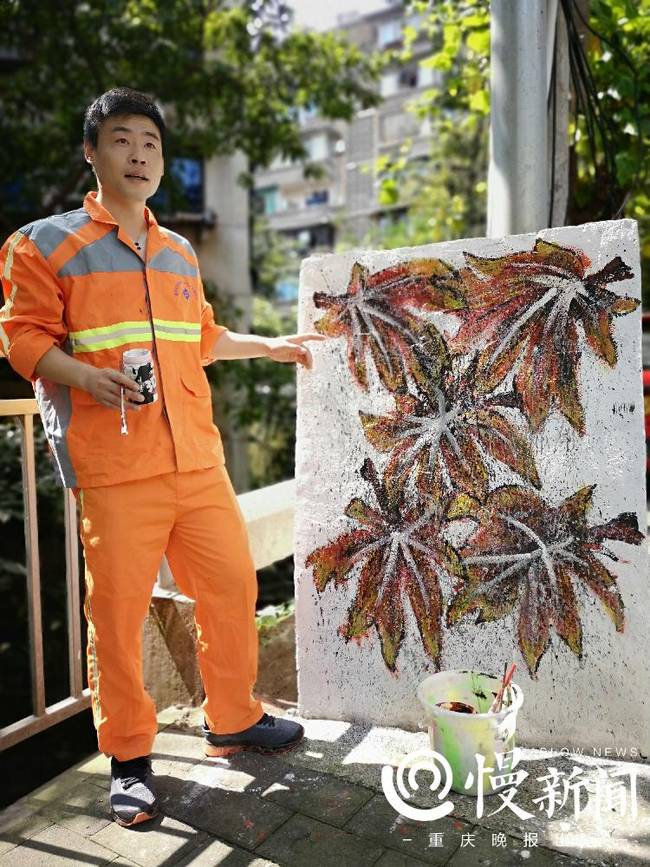 Sanitation worker Bu Junnan, 32, stands beside a painting he has just finished on a stone block which was covered by advertisements in Jiulongpo, Soutwest China’s Chongqing Municipality on April 9, 2019. 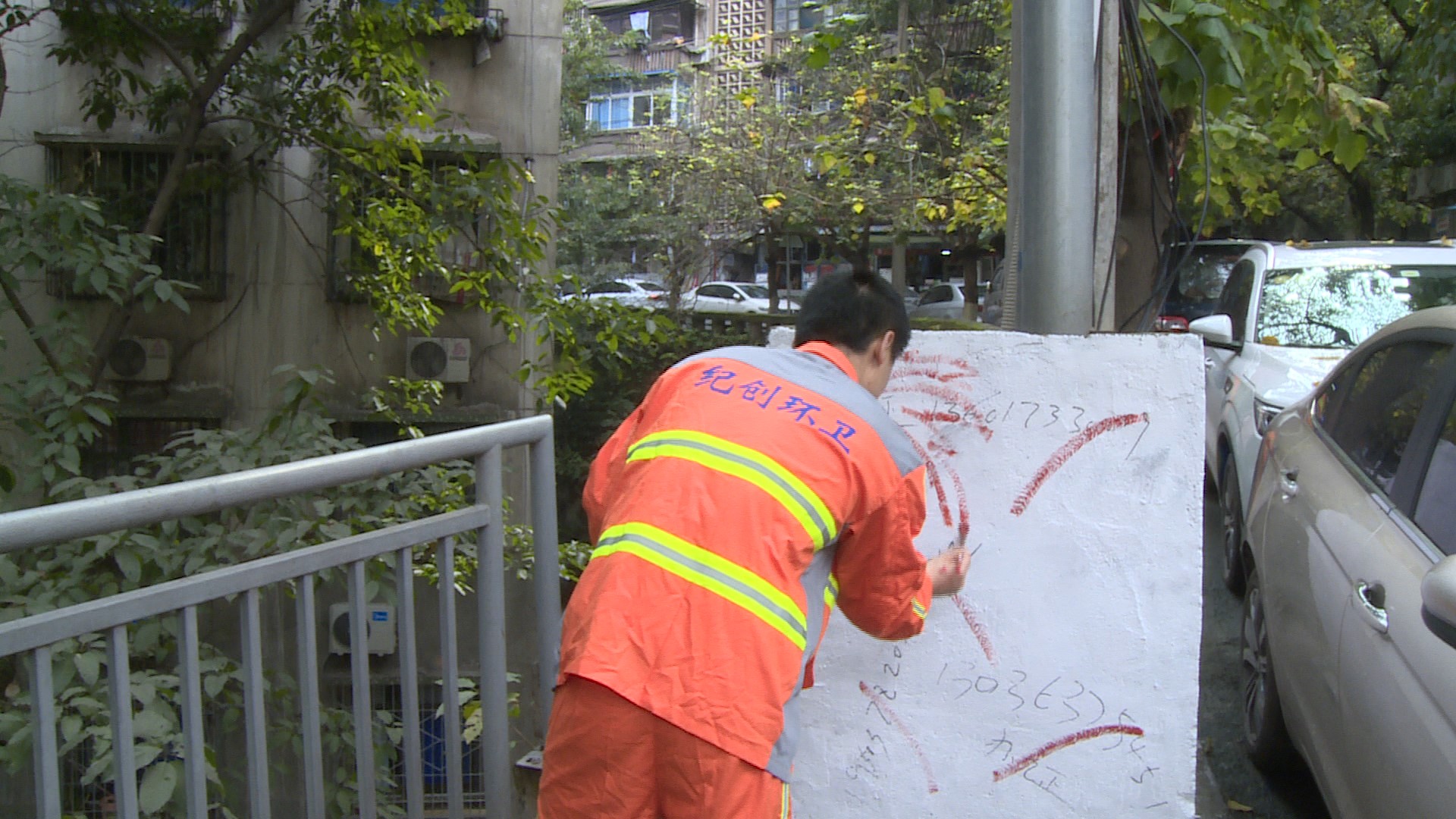 Bu became a sanitation worker in Jiulongpo district in March last year and is mainly in charge of removing advertising posters on public spaces in the region. 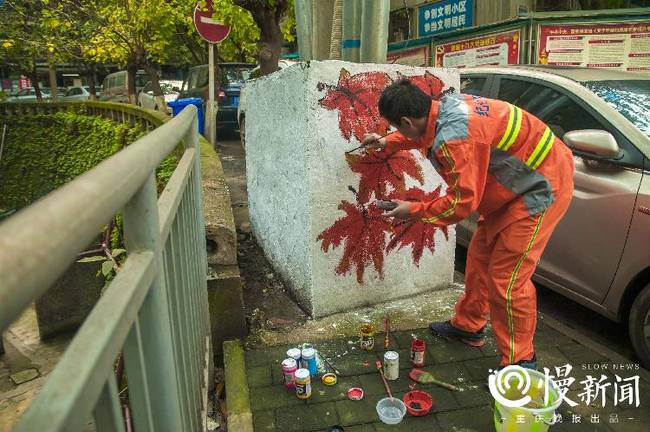 Scraping and applying color were traditional ways to remove ads stuck or written on public walls. But due to repeated posting and removal, some walls looked bad. Bu, who used to be a sculptor, came up with an idea to cover the wall with paintings. 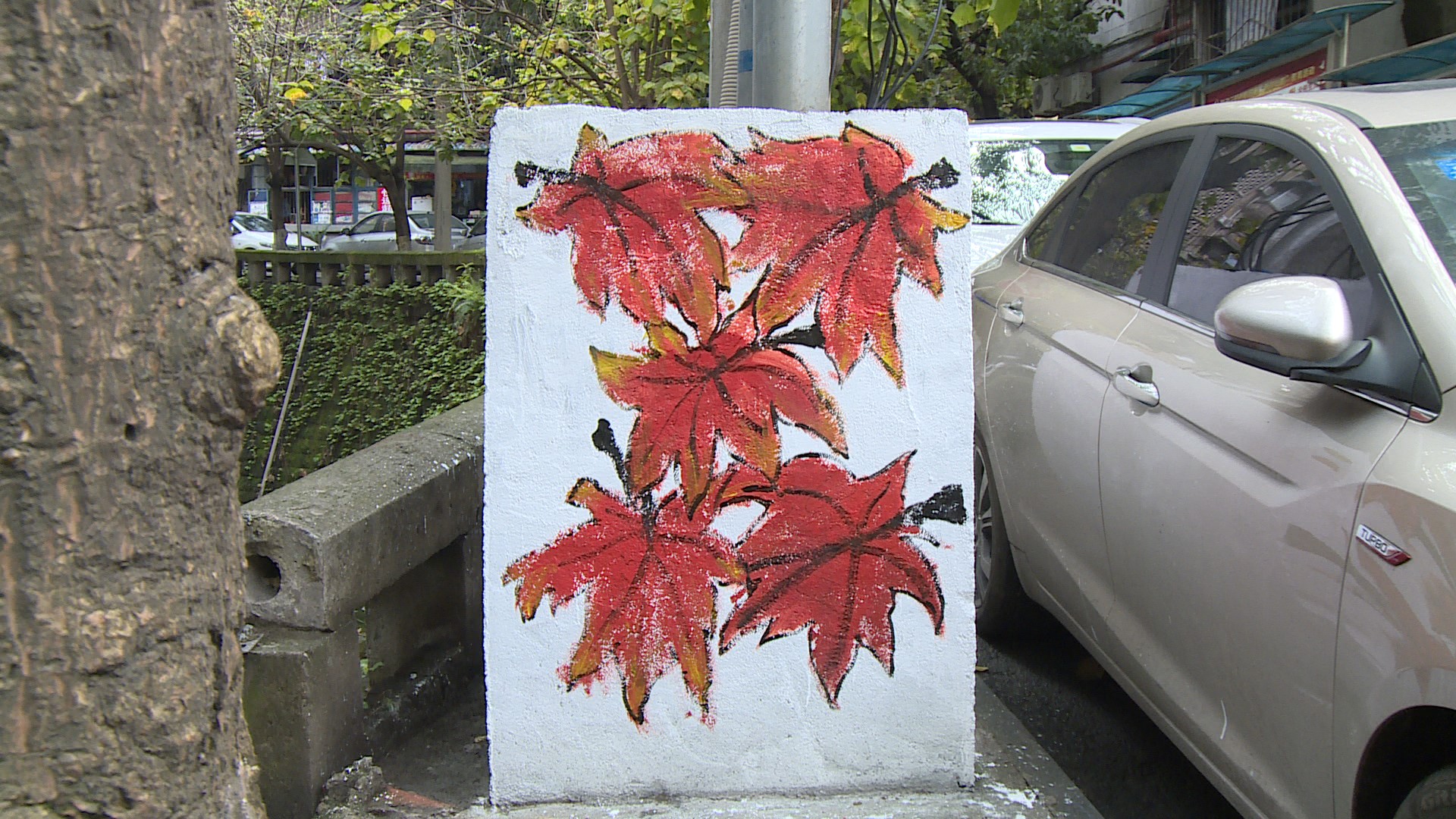 It takes him about 20 to 60 minutes to finish each painting. 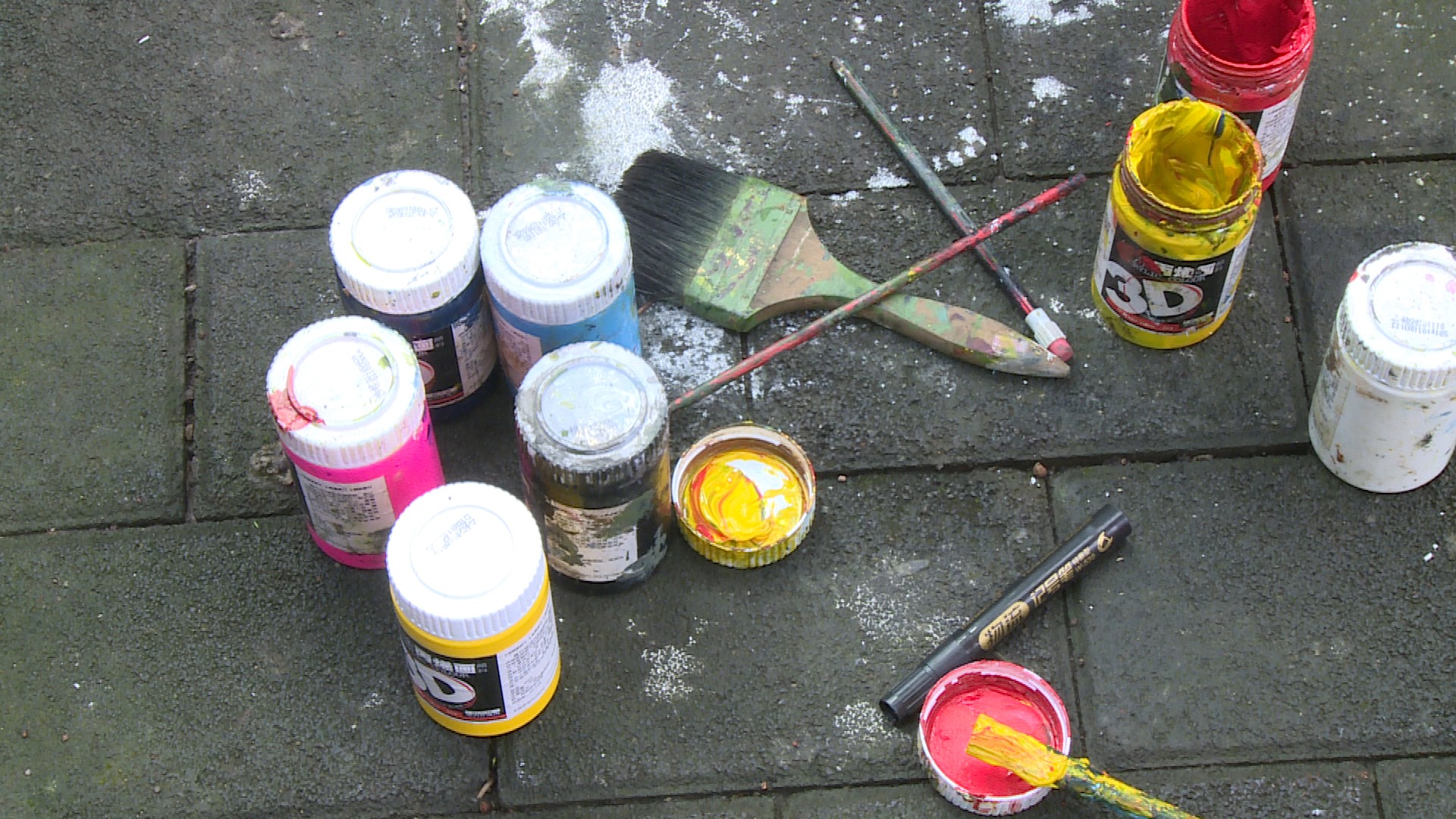 The pigments Bu uses are acrylic paint, which is easy to clean. A painting of Bu. The objects he painted are all different. He will draw based on the environment, as well as advice from nearby residents. 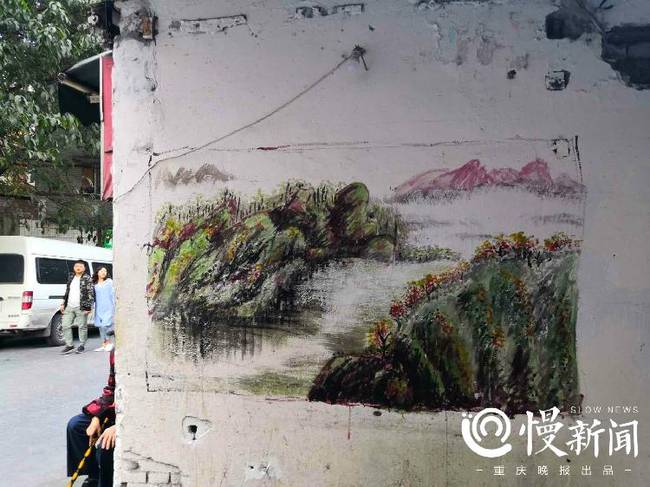 A landscape painting of Bu. The paintings can not only help prevent public visual space from advertisements, but also beautify the city, and the local sanitation department plans to promote the method. 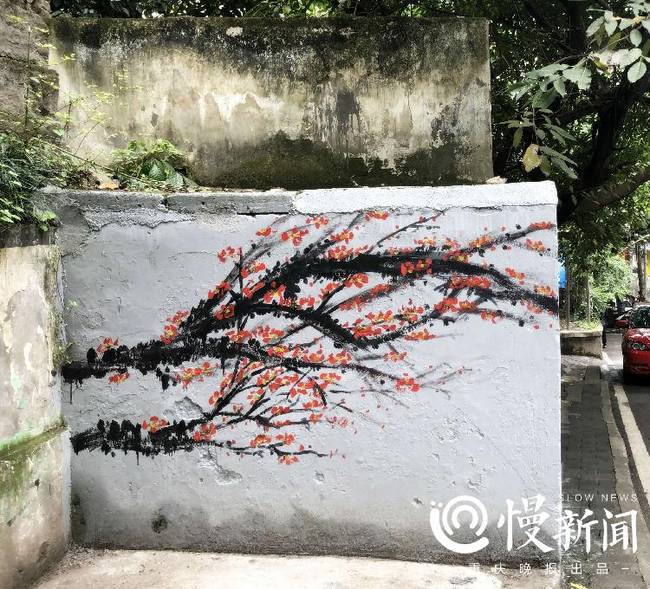 A painting of plum blossoms by Bu on a wall near a primary school in Jiulongpo. (Photos: Chongqing Evening News, Jiulongpo.cbg.cn; compiled by Huang Jingjing)