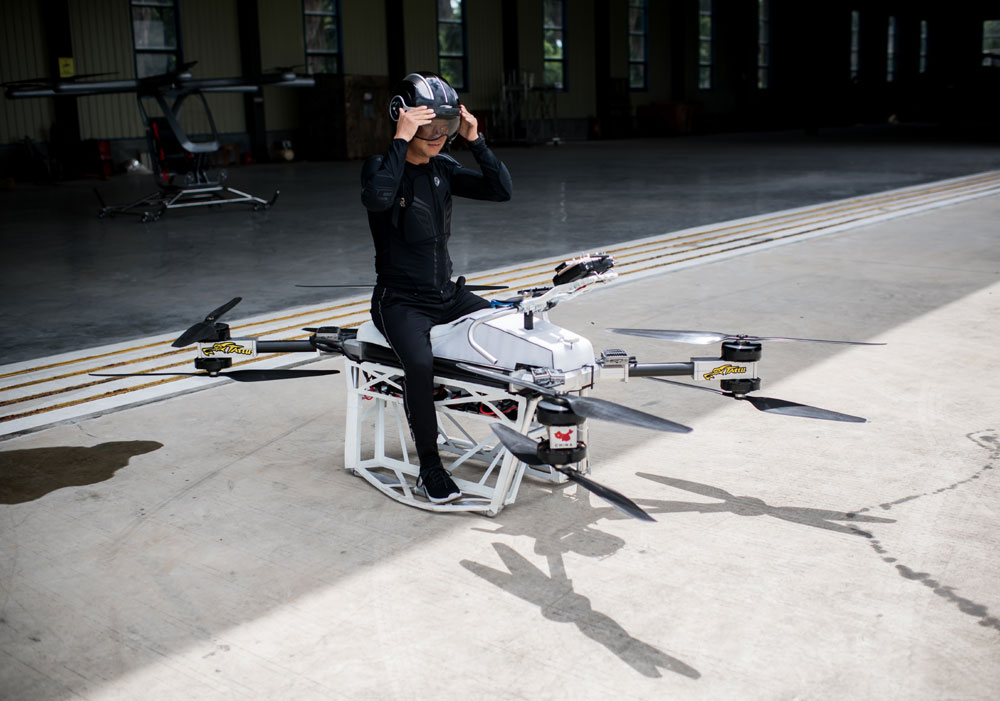 Zhao Deli has been obsessed with flying since he was a kid. Now in his early 40s, he's finally turned his dream into a reality by building a drone that he can ride. [Photo: IC] 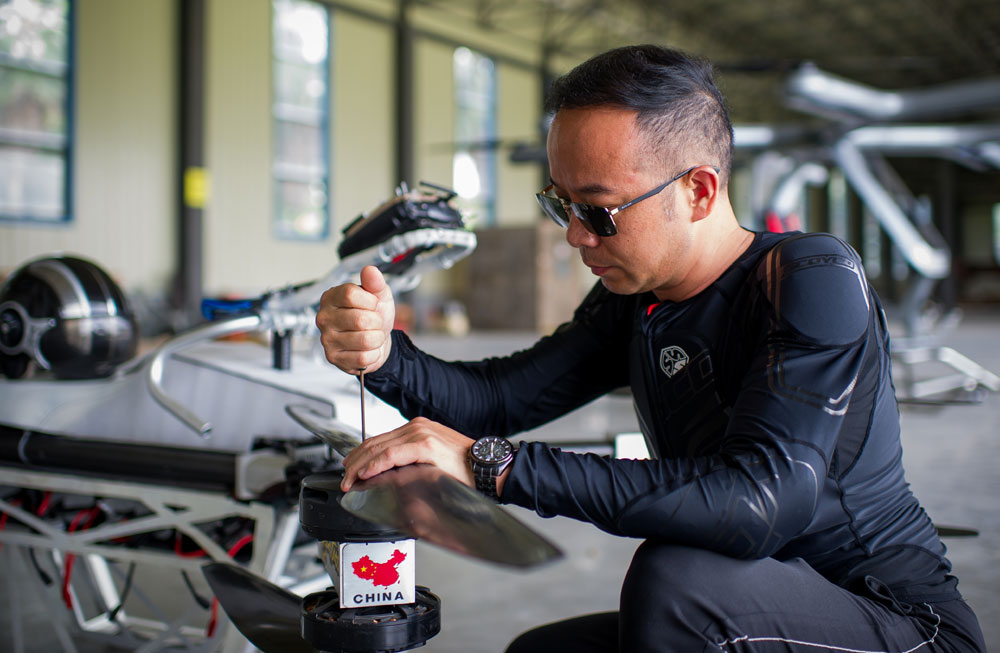 Born in a small village in southern China's Hunan Province, Zhao Deli didn't have the opportunity he wished for to go into the aviation industry. But a love for airplane models and drones motivated him to assemble his own drone that can carry him into the air. [Photo: IC] 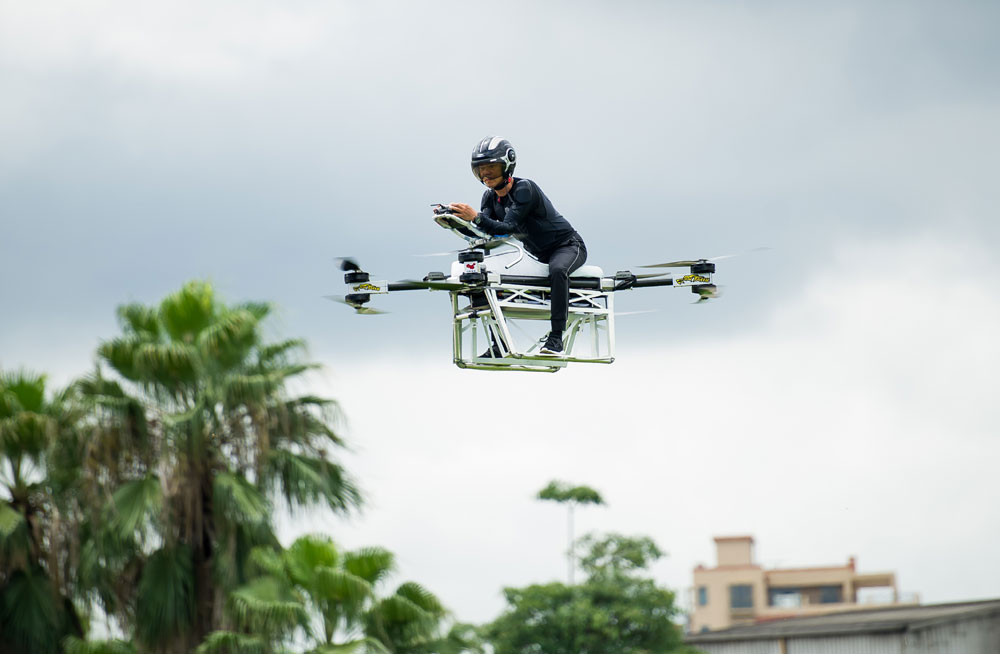 Zhao Deli calls his invention the "flying motor". It took him three years to build and more than 1,500 attempts to get it into the air. He's still testing it, but he hopes to commercialize it for use in express deliveries and emergency rescues. [Photo: IC]