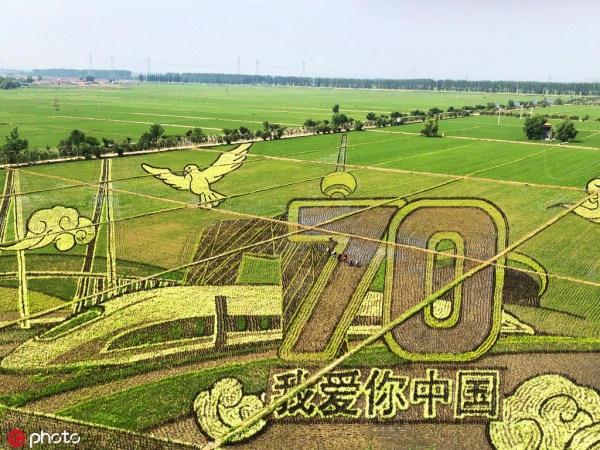 A spectacular paddy field art display featuring Chinese characters that translate as I Love You China is pictured at Xibe agricultural park in Shenbei new district in Shenyang, capital of Northeast China’s Liaoning province, on June 17. The natural display was designed – by planting different colored plants to a grand design -- to celebrate the 70th anniversary of the founding of the People’s Republic of China. (Photos: chinadaily.com.cn) 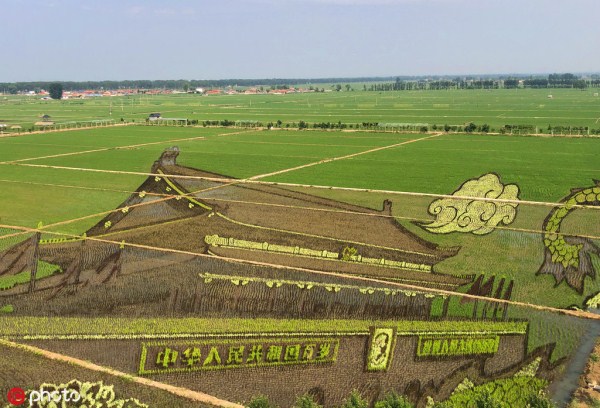 Covering 13 hectares paddy fields, park officials said now is the optimum time for visitors to come and view the ten 3D art displays. This paddy field painting is shaped like the rostrum in Tian'anmen Square. 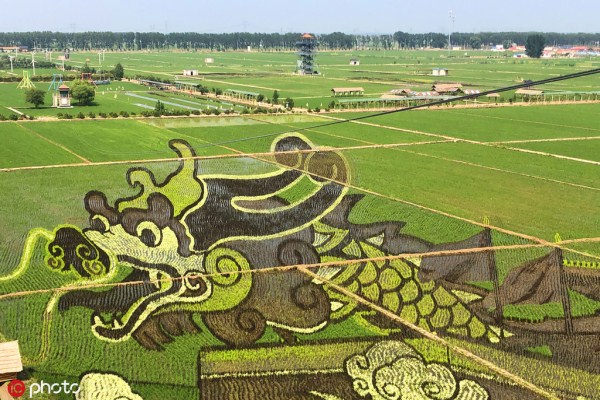