Soldiers fighting floods, then and now 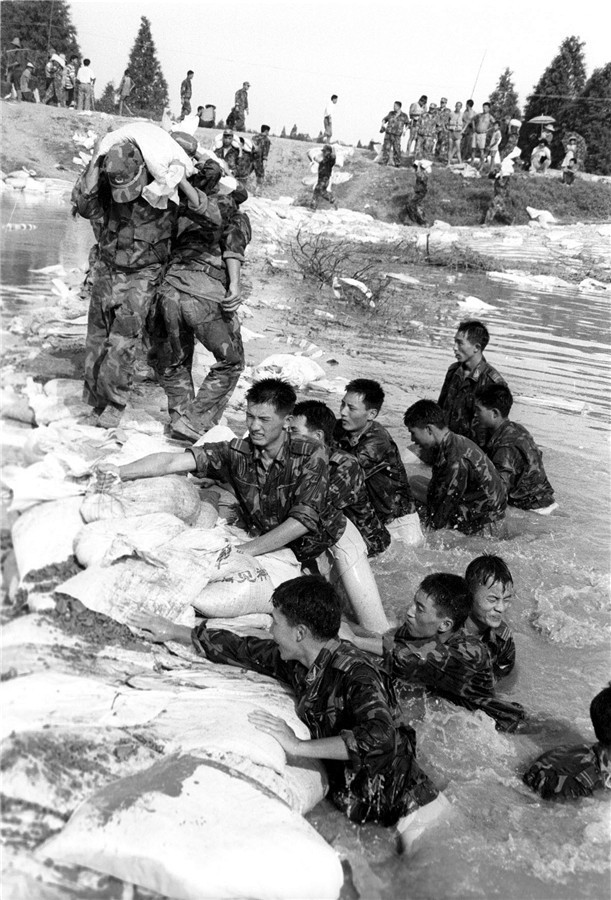 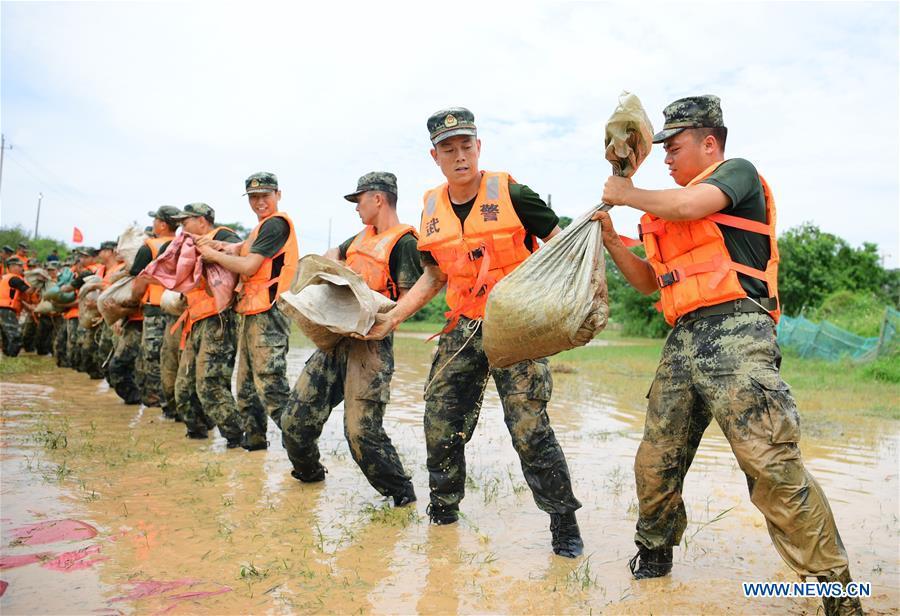 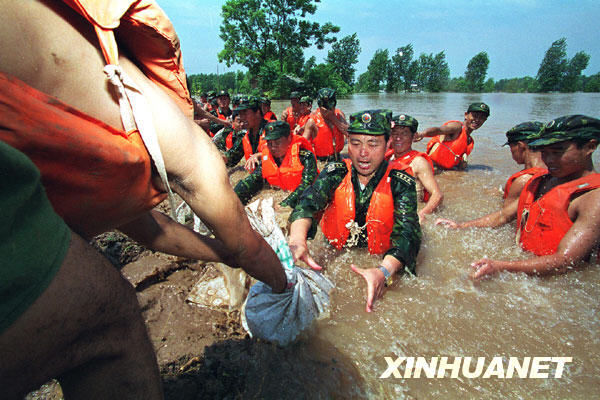 Soldiers and officers of the People's Liberation Army carry sandbags to the embankments of the Jingjiang section of the Yangtze River in Hubei province in 1998. (File photo: Xinhua)