PHOTOS Spain's running of the bulls festival kicks off in Pamplona

Spain's running of the bulls festival kicks off in Pamplona 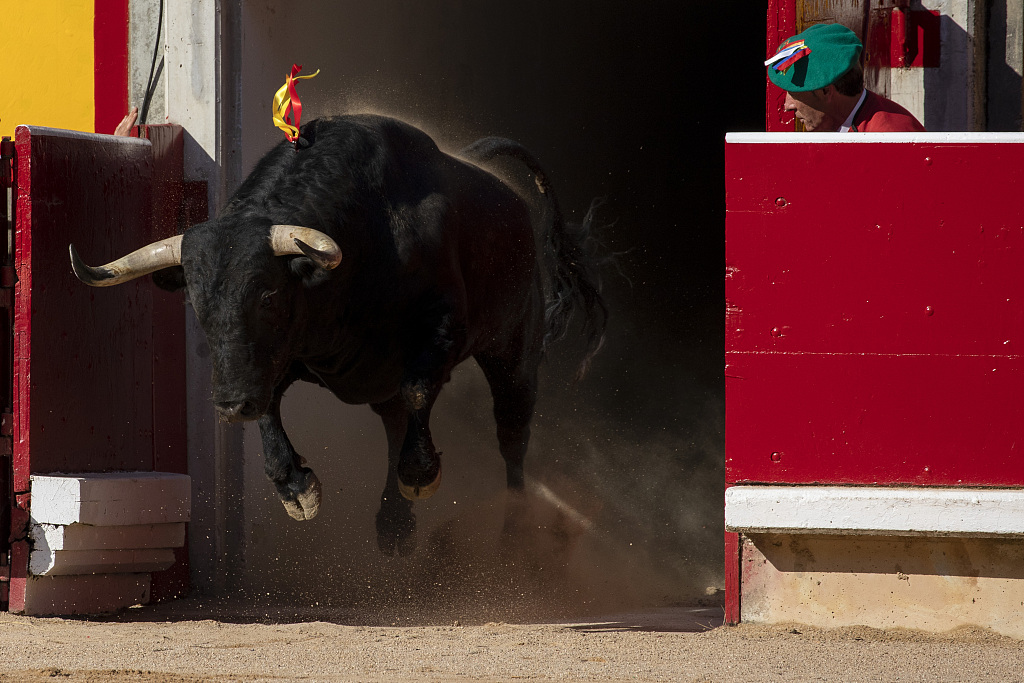 Spanish bullfighter Emilio de Justo performs a pass during a bullfight at the San Fermin festival in Pamplona. (Photo: VCG) 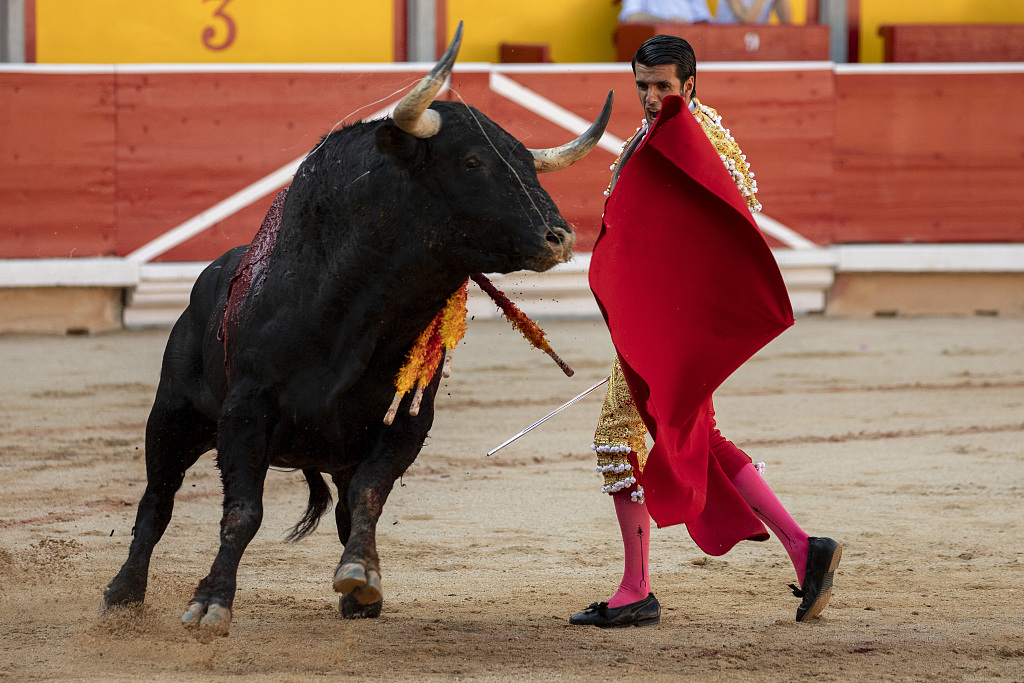 Spanish bullfighting originated from the ancient religious activities in Spain, and later evolved into a cattle racing show. (Photo: VCG) 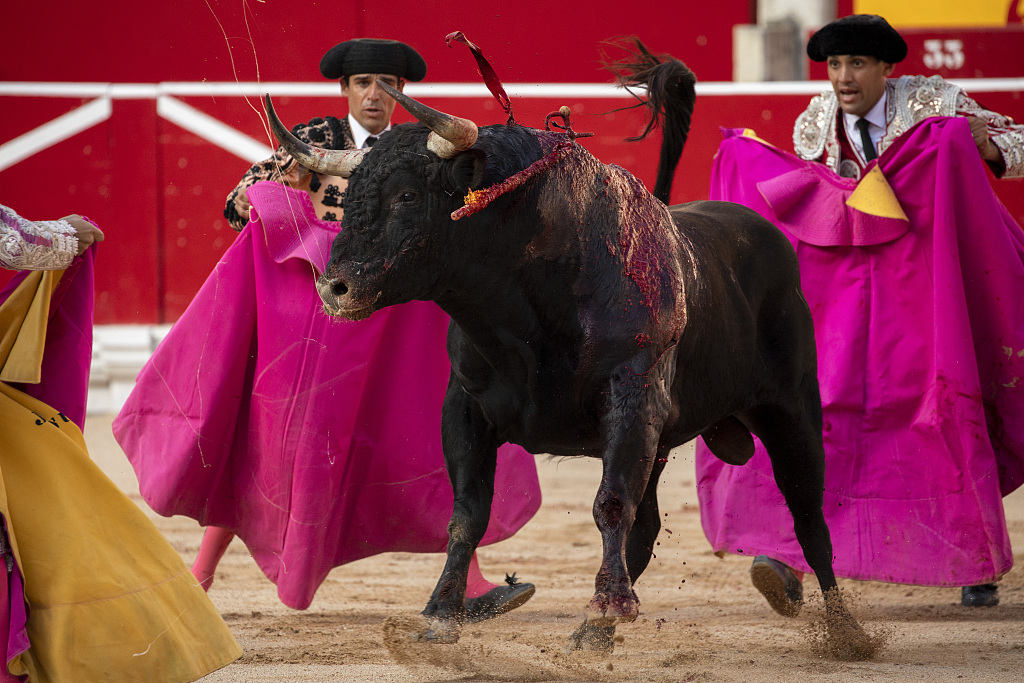 Spanish bullfighting has been around for centuries, even millennia.

The bull chosen for the Spanish bullfight is a wild animal with pure blood, usually a violent north African bull.