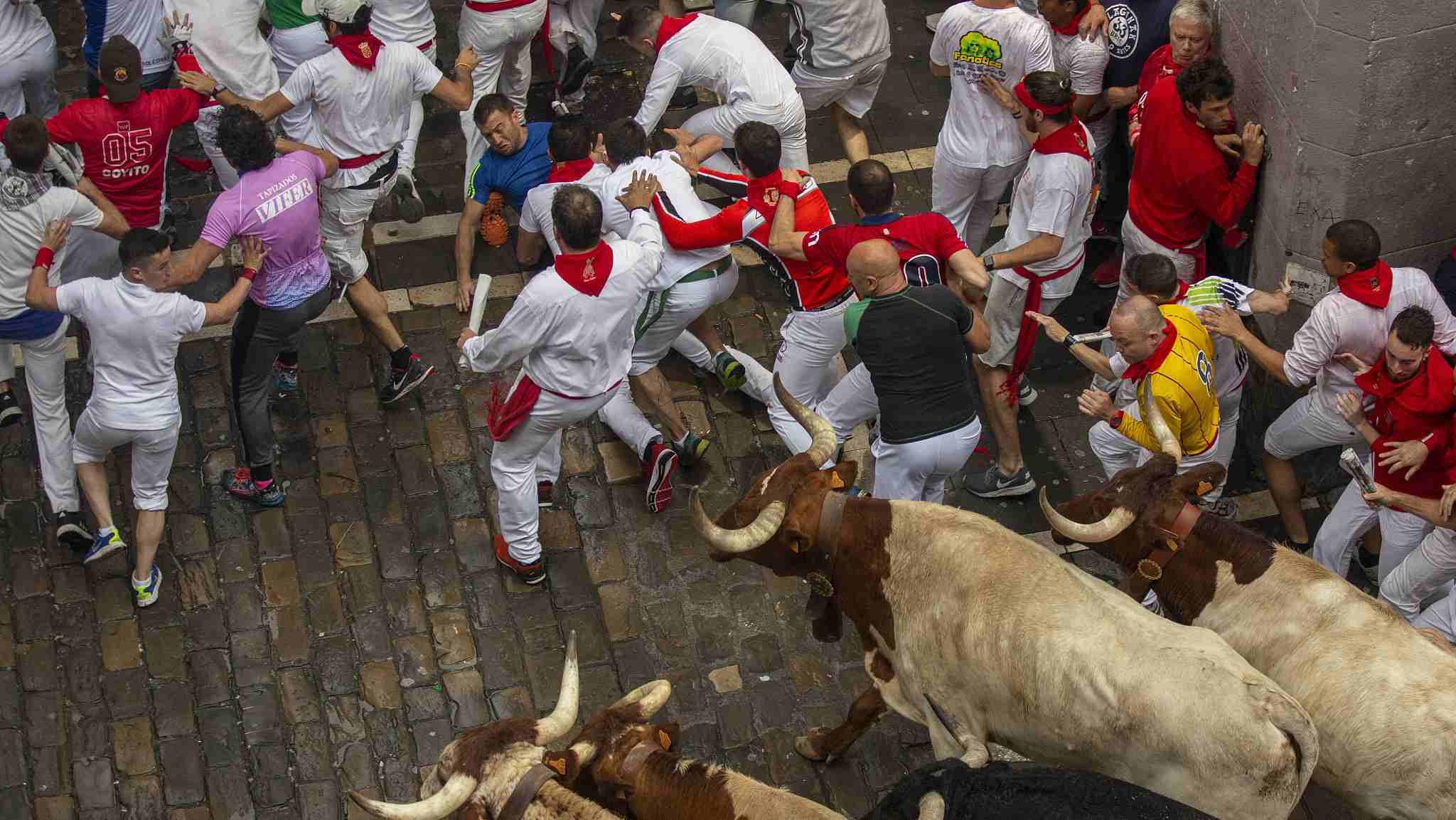 One person was gored, and four others were injured during the bull-running event in this year's San Fermin festival at Pamplona, northern Spain that kicked off last Friday. /VCG Photo 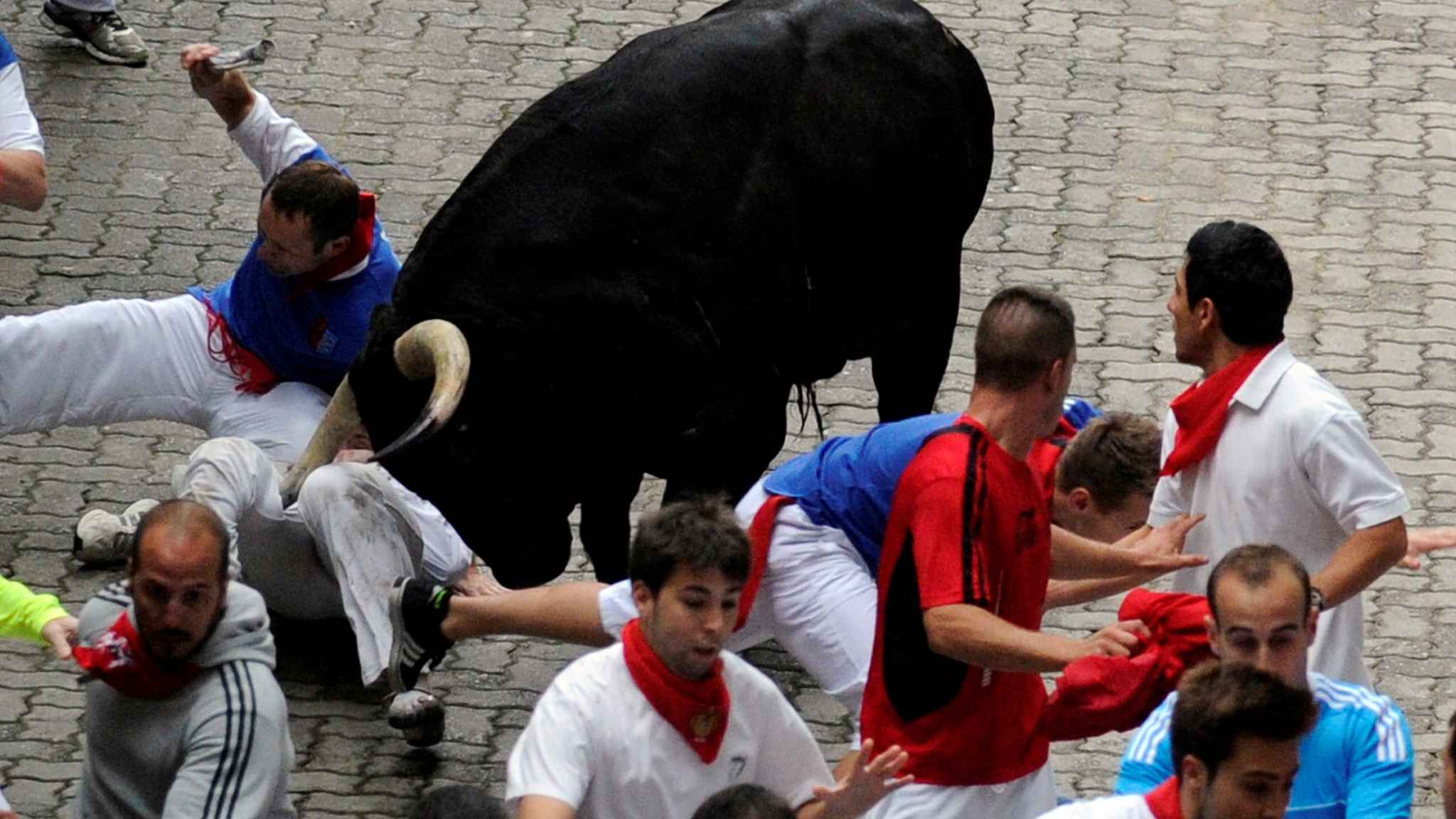 The bull running, the week-long and historical event, involves hundreds of people running ahead of several bulls down the 875-meter narrow street in nearly three minutes in the old town of Pamplona. /VCG Photo 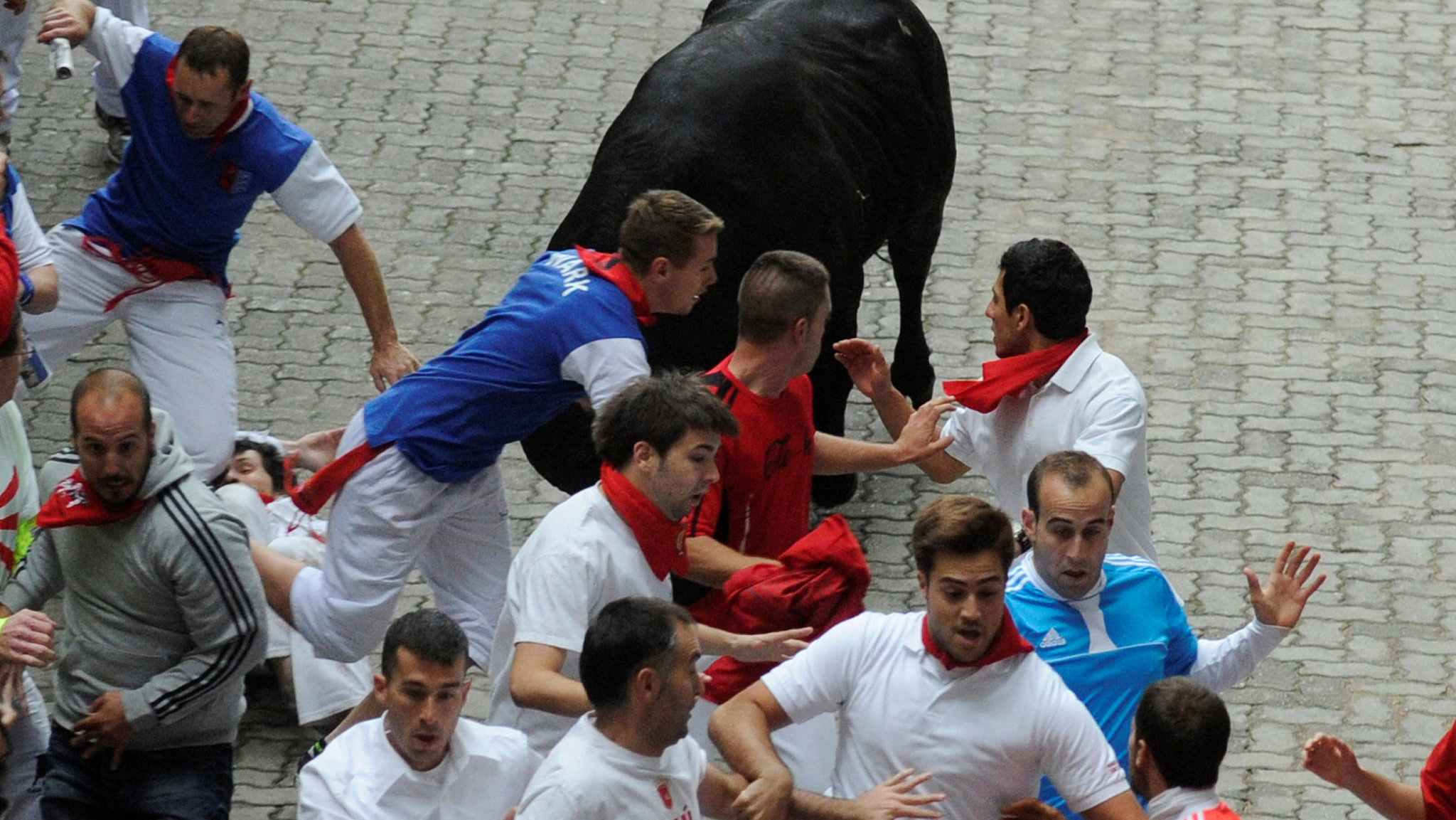 Each year, the old and scrutinized festival attracted nearly 2,000 visitors to come and enjoy the breathtaking and daredevil event. /VCG Photo 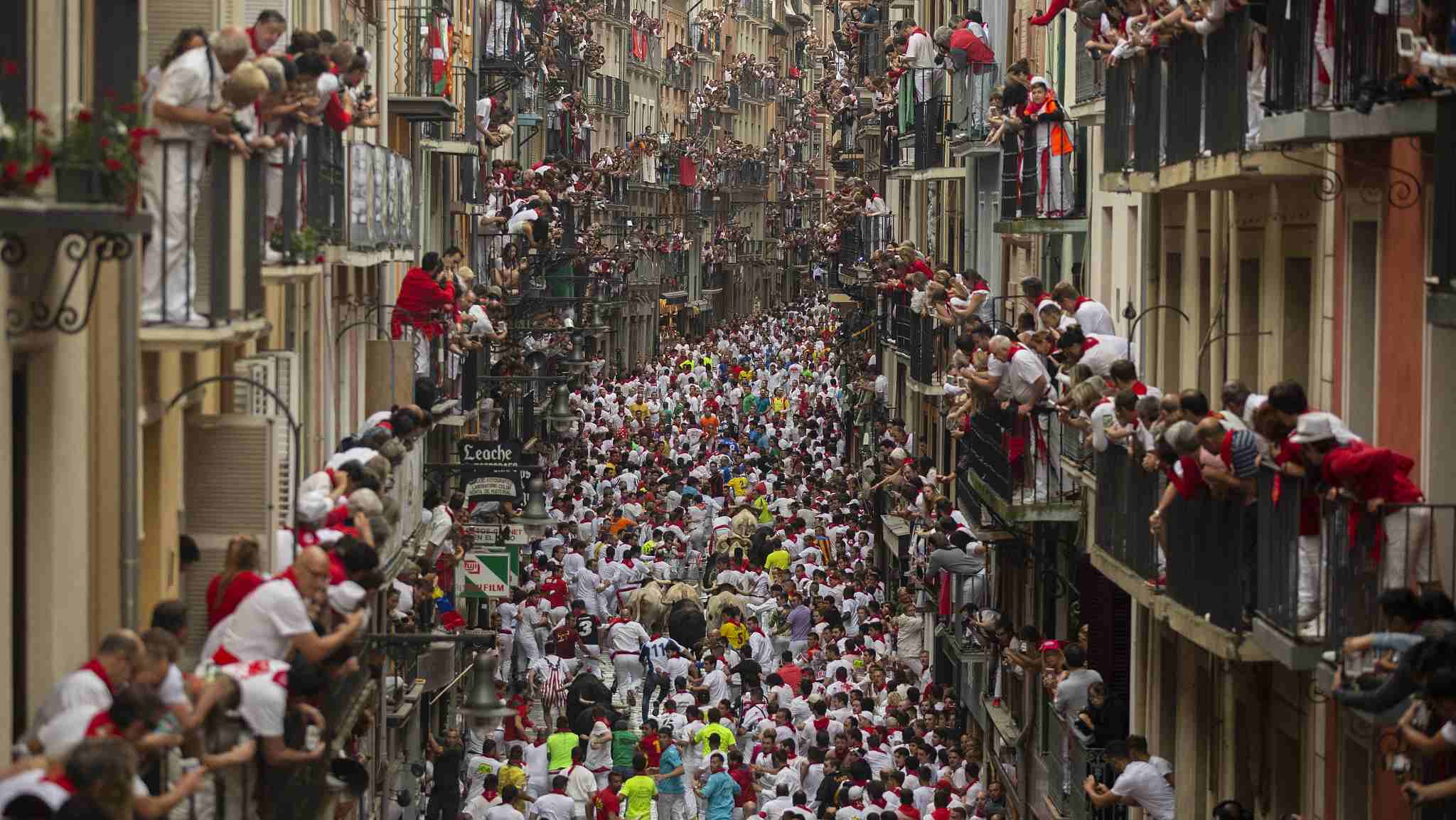 However, despite its heated atmosphere, hundreds of people get injured every year, and at least 16 people have died during the festival, reported BBC citing from the Pamplona government. /VCG Photo