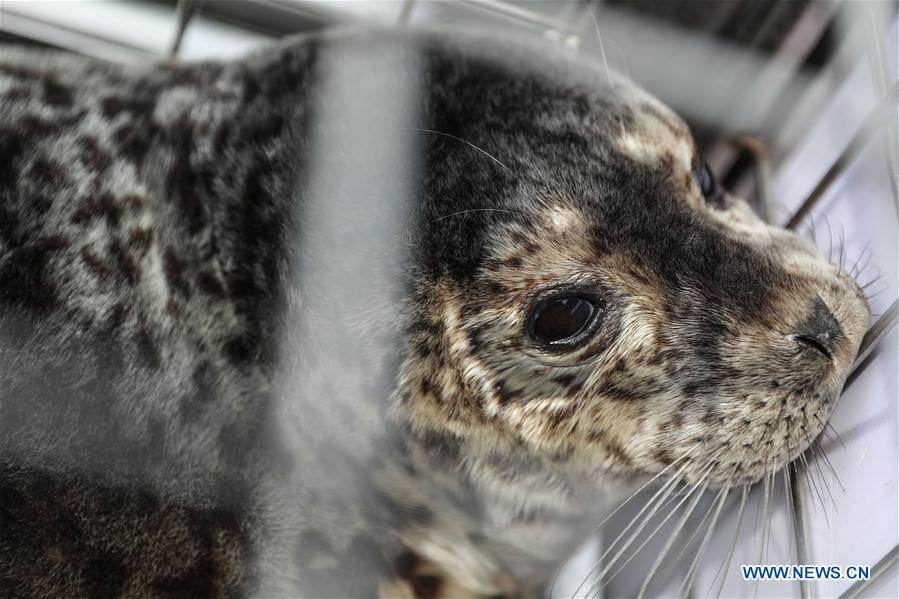 Thirty-seven spotted seals were released into the sea on Friday in the coastal city of Dalian, northeast China’s Liaoning Province. These seals were among 100 spotted baby seals that were illegally poached in February 2019. /Xinhua Photo 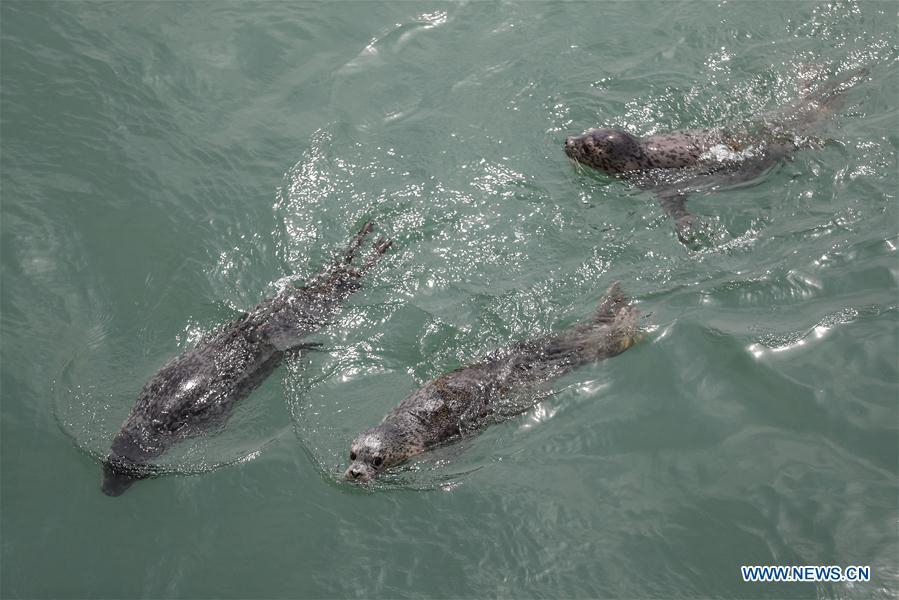 Only 61 baby seals survived and they were under the care of animal experts and veterinarians in local aquariums and the Liaoning Ocean and Fisheries Science Research Institute. /Xinhua Photo 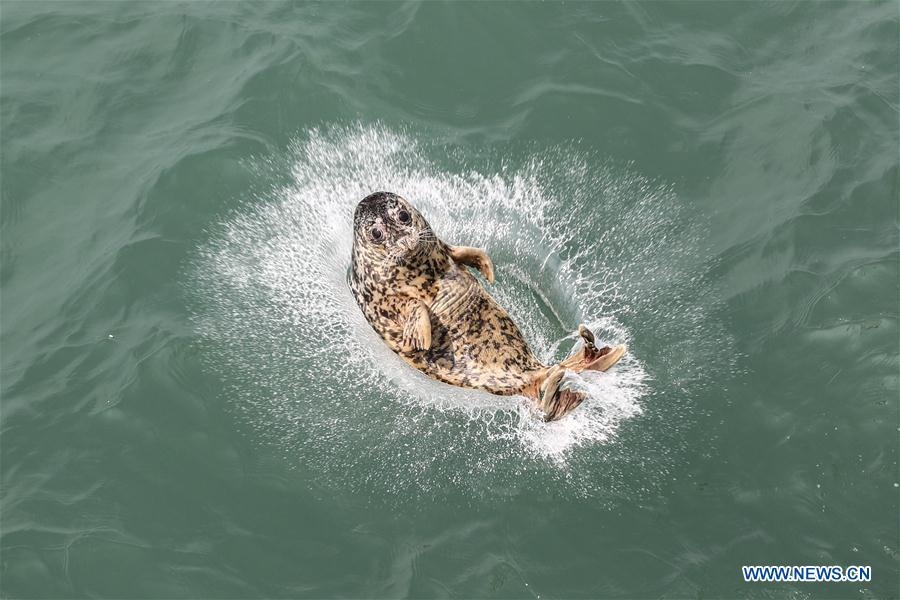 Spotted seals are under first-class national protection in China. With 24 of the group released in April, the remaining 37 baby seals were released on May 10, 2019. /Xinhua Photo 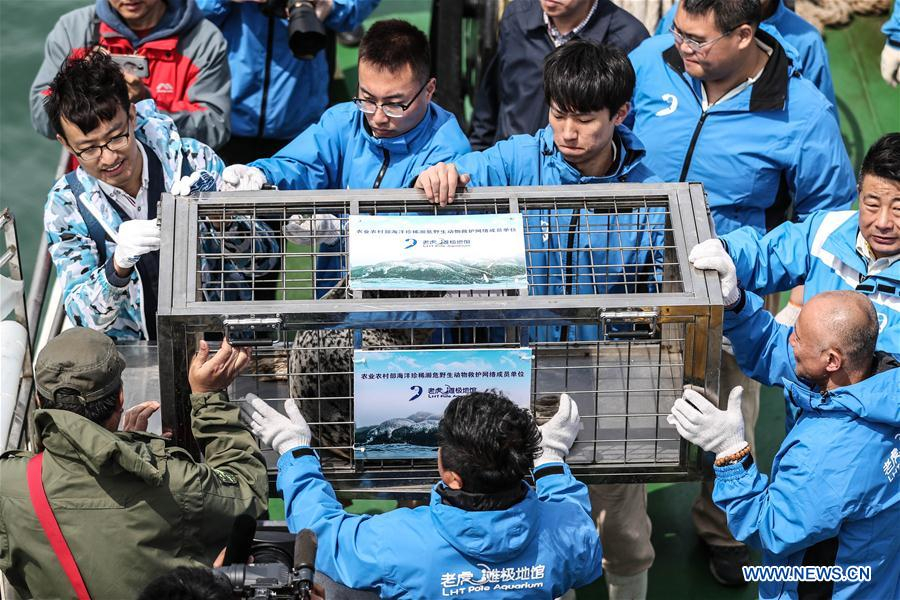 All the released seals have fully recovered and are in good health to survive in natural habitat waters, according to a researcher from the institute. /Xinhua Photo