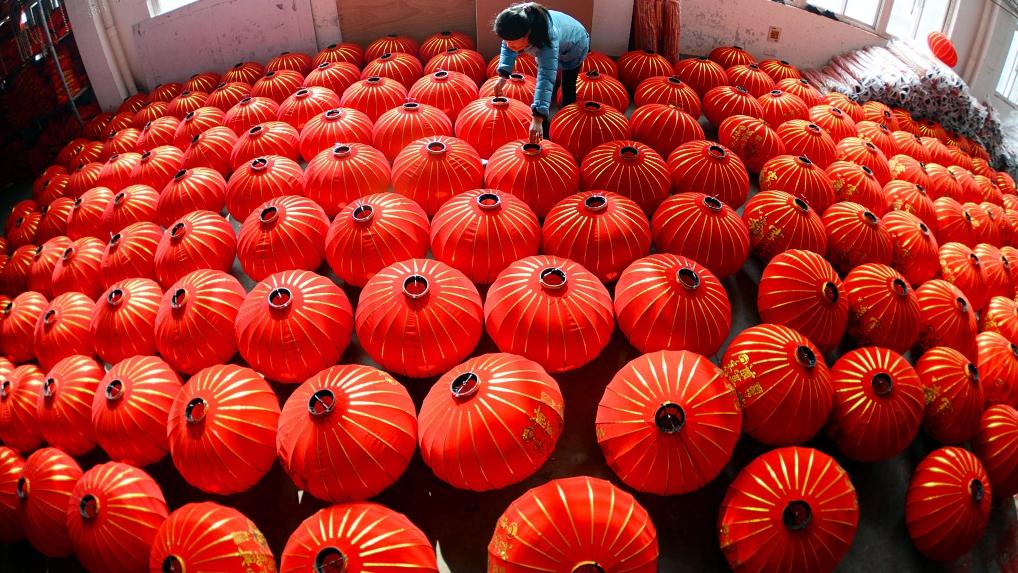 A villager works on festival lantern manufacturing in a rural village in east China's Zhejiang Province, on January 1, 2019. 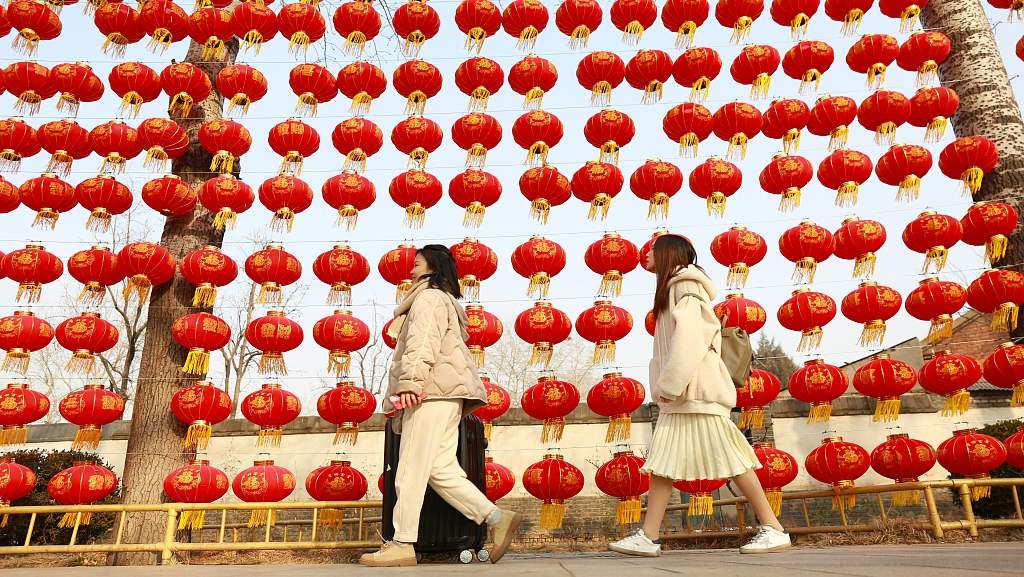 Red lanterns are raised inside the Old Summer Palace in Beijing, on January 15, 2019. 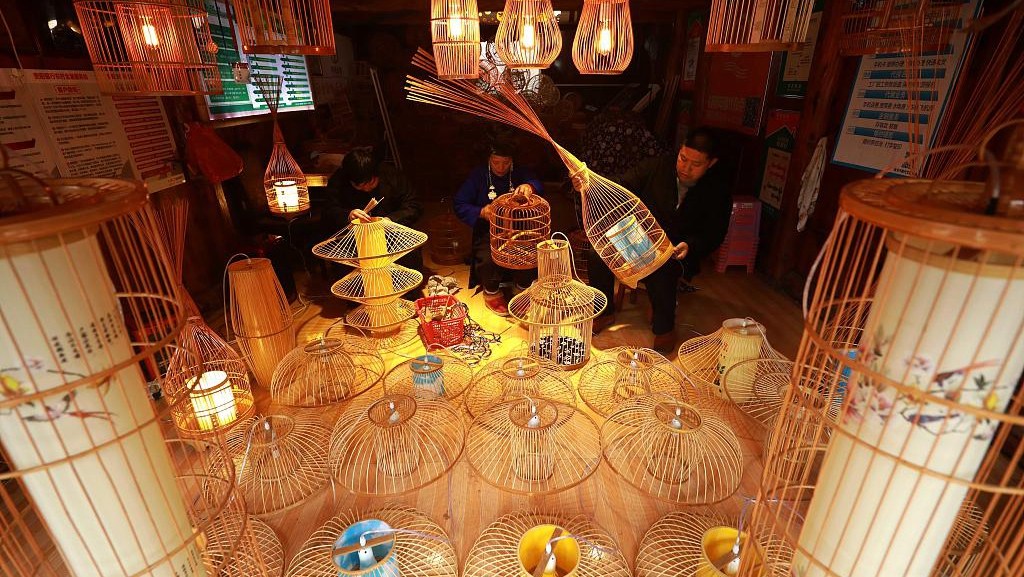 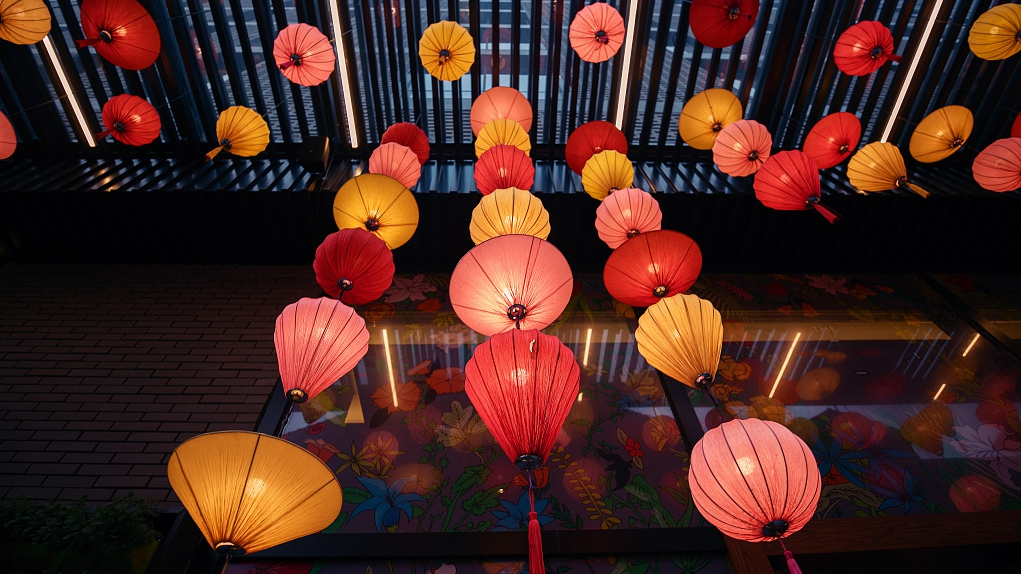